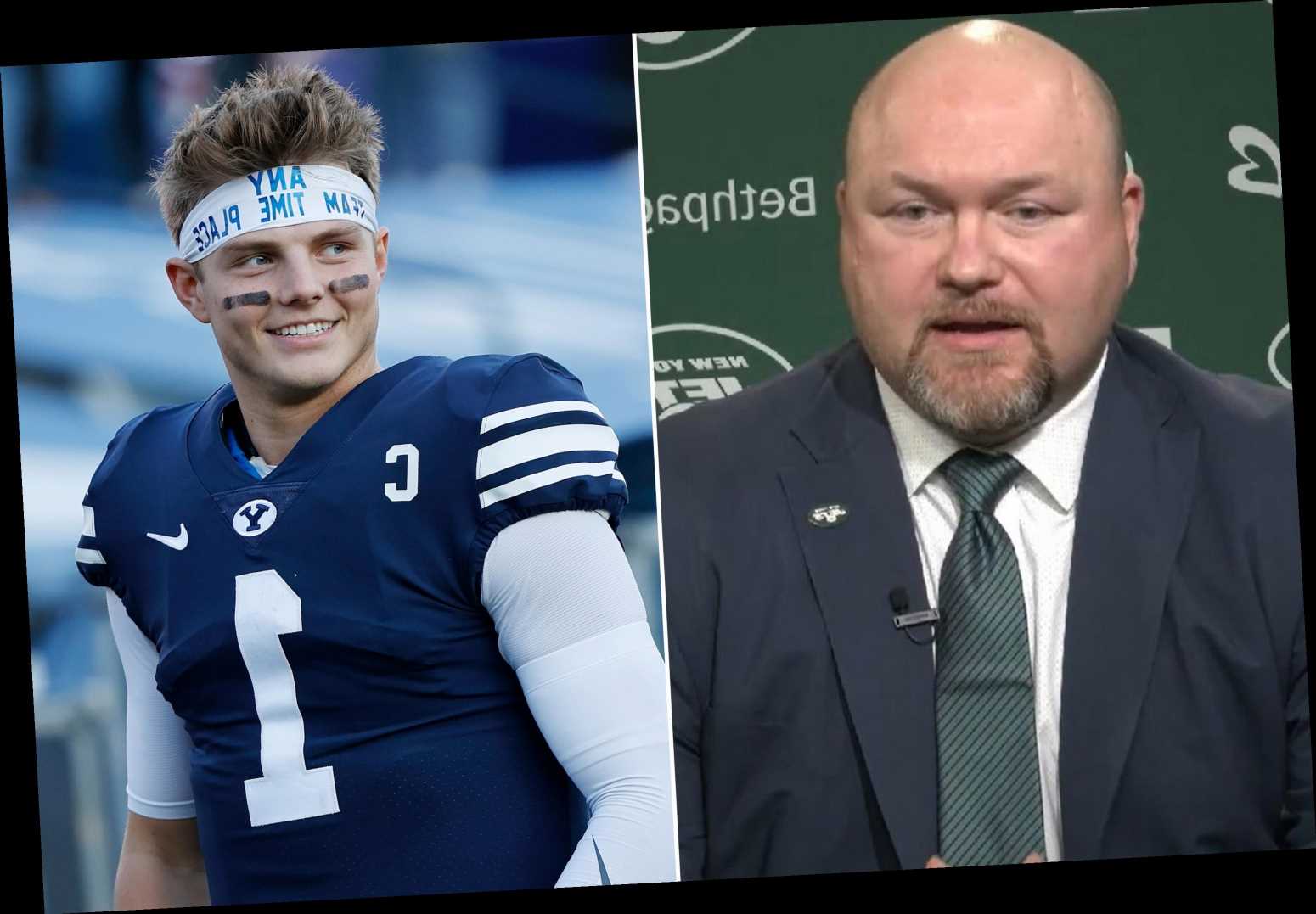 Jets' intriguing free-agency bets will have to wait for ruling

Jets fans can root for win over Patriots with clear conscience

Sunday marks 660 days since the Jets hired Joe Douglas as their general manager.

That is all about to change.

It is becoming clear Douglas is about to take BYU quarterback Zach Wilson with the No. 2-overall pick in this year’s NFL draft, and to move on from Sam Darnold.

That six-year contract he received two years ago is not a lifetime appointment. At some point, the Jets have to win on Douglas’ watch. They are 9-23 in his two years with the team. In that time, former GM Mike Maccagnan and former coach Adam Gase received most of the blame for that record from fans and media. Those days are nearly over, though. Maccagnan’s influence on the roster will be felt for another year. Gase has been replaced by Robert Saleh, who was handpicked by Douglas.

Now, it looks like he is going to draft his quarterback. It is possible, of course, that the Jets will decide to stick with Darnold, but all indications are they are ready to move on. That is what people around the league have been whispering for weeks. Douglas, Saleh and offensive coordinator Mike LaFleur made the trip to Provo, Utah, on Friday to watch Wilson throw during BYU’s pro day, in a display of how serious they are about the quarterback.

Then, the 49ers and Eagles made trades that indicated they knew the Jets were planning to take Wilson at No. 2. San Francisco moved up to No. 3 and reportedly did not even make an offer to the Jets, perhaps because they knew the Jets’ plans are already set. The Eagles reportedly would have moved up to No. 3, but only to draft Wilson. Philadelphia decided to move back to 12, probably with the knowledge that Wilson won’t be there after the Jets’ pick.

The 49ers and Eagles are two teams with close ties to Jets brass. Saleh and LaFleur just spent four years with the 49ers. Douglas was an executive with the Eagles before taking the Jets job. Those teams probably know what the Jets are thinking better than most.

If the pick is Wilson, the move comes with more risk than any other Douglas has made here. He has typically been happy with base hits and doubles, but this is a swing for the fences. If it works, he’ll be Babe Ruth. If it fails, he’ll look smaller than Dr. Ruth.

Wilson, 21, is no slam dunk. A year ago, it would have been laughable to think of him as the No. 2 pick. Wilson had 11 passing touchdowns and nine interceptions in his 2019 season, and entered last year in a competition for the starting job. But after he threw 33 touchdown passes and was intercepted three times in 2020, he rocketed up draft boards. There are questions about the level of competition he faced, and he has already had one shoulder surgery.

As the Jets saw when they drafted Darnold in 2018, it is embarrassing when you pick the wrong quarterback. Josh Allen and Lamar Jackson have proven to be better players than Darnold in their first three seasons. The Jets, in picking Wilson, would be risking Justin Fields, Trey Lance or Mac Jones becoming a star.

Then, there is Darnold. If he goes to another team and the potential that we’ve seen glimpses of turns into full-blown production, Douglas could be red-faced.

The first two years of Douglas’ tenure have felt like they were building toward this moment, in which he could make the Jets’ roster his own. The next two years will be defined by how this decision works out.