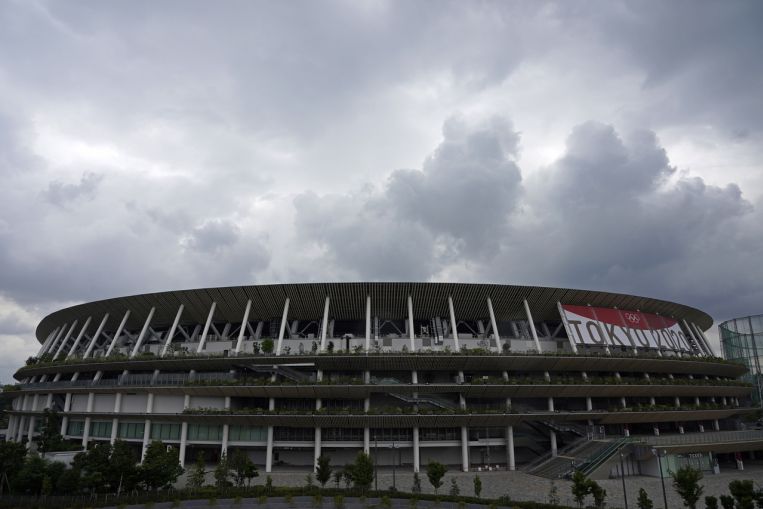 SINGAPORE – Three weeks before the Tokyo Olympics are scheduled to begin, preparations of Singapore’s table tennis team were rocked after it emerged that a member of the Japanese media who was involved in an interview with a player tested positive for the coronavirus.

The Republic’s players flew into Japan on June 27 and have been based in Shimada City in Shizuoka as they prepare for the Summer Games. They leave for the capital on July 18, five days before the opening ceremony.

Singapore Table Tennis Association (STTA) senior high performance manager Eddy Tay told The Straits Times on Saturday (July 3) that he and a Singaporean player – who was not named – were interviewed by the Japanese media at a press conference organised by the Shimada city authorities on Tuesday (June 29).

They were later informed that one of the cameramen at the event tested positive.

Mr Tay added: “During the interviews, we kept a physical distance of at least 3m from the media and wore masks during the entire time. The rest of the team had no interaction with the media and were situated 10m away.”

It is understood that the Singapore nine-member contingent in Shizuoka  has moved to reject all media requests for the remainder of its stay in Shizuoka.

Table tennis, which has accounted for three of the Republic’s five medals at the Olympics, remains one of Singapore’s best hopes for a podium in Tokyo.

The team of Feng Tianwei, Li Jiawei and Wang Yuegu won a silver medal at the 2008 Beijing Games. It was Singapore’s first medal at the Olympics since weightlifter Tan Howe Liang’s silver at the 1960 Rome Games.

The trio claimed a team bronze at the 2012 London edition, with Feng also capturing a bronze medal in the women’s singles.

Singapore’s other medal at the Olympics was swimmer Joseph Schooling’s historic triumph in the men’s 100m butterfly final at the 2016 Rio Games.

They will join Lin Ye in the women’s team event with Zeng Jian as a reserve.

Mr Tay said the entire Singapore contingent in Shizuoka is subjected to daily Covid-19 tests and has tested negative so far.

He also said the players and officials continue to practise social distancing measures and follow a strict hygiene protocol, and constantly monitor their health to ensure that the team is safe.

“We thank everyone for their support and their concerns, and will continue to comply with the protocols in place,” he said.

Kyodo News Agency reported that the cameraman who tested positive was in his 30s, and had interviewed the Singaporean athletes and filmed their training practice.

He took a polymerase chain reaction (PCR) test after his colleague – who was not involved in the interview with the Singapore team – reported symptoms of Covid-19, and was confirmed to be positive on Friday (July 2).

The cameraman reportedly had his mask on throughout and as he had maintained social distancing, was not considered to be in close contact with the athletes.

The incident is understood to be the first involving a member of the media in Japan who has tested positive.

Two weeks ago, a Ugandan athlete tested positive upon arrival in Japan in what was the first time an infection was confirmed from an inbound international team.