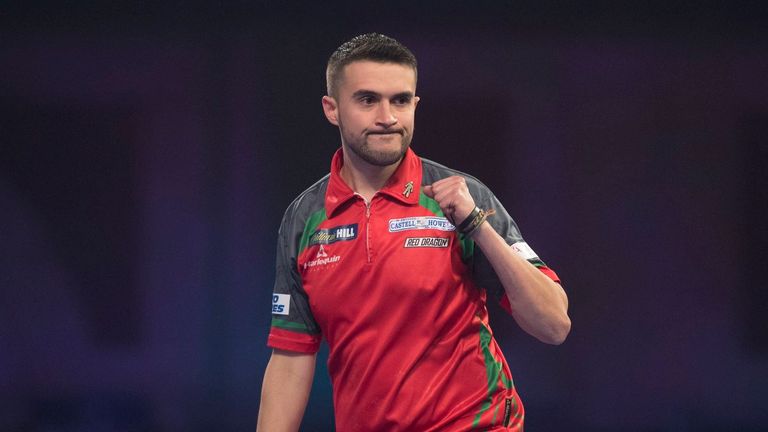 Fifth seed Daryl Gurney became the latest high-profile casualty to exit the World Darts Championship, after he was beaten 4-3 by last year’s semi-finalist Jamie Lewis on a dramatic Saturday afternoon at Alexandra Palace.

Then, as the third round got underway, fifth seed Gurney became the next big name to tumble, losing out to Lewis in a thrilling seven-set tiebreak.

LISTEN TO THE DARTS SHOW PODCAST SPECIAL WITH STEPHEN FRY

The Welshman performed magnificently to reach the semi-finals 12 months ago, and he produced more Ally Pally heroics to condemn ‘Super-Chin’ to another early World Championship exit.

The Northern Irishman is the fifth top-10 star to exit the tournament, with only Michael van Gerwen, Gary Anderson and defending champion Rob Cross remaining from the world’s top eight. 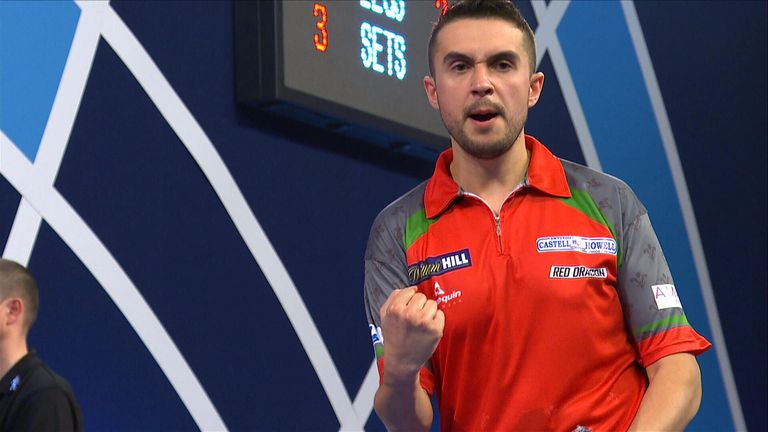 Jamie Lewis continued his love affair with the World Championship as he dumped out fifth seed Daryl Gurney in a seven-set epic, averaging 93.93 and firing in 12 maximums to prevail.

Gurney missed five darts to win the opening set and Lewis pounced on double eight, before storming into a two-set lead after winning five consecutive legs.

The Welshman spurned four darts for a 3-0 lead and Gurney halved the deficit on double four, but Lewis responded by winning set four in 14, 14 and 16 darts to regain his two-set buffer. 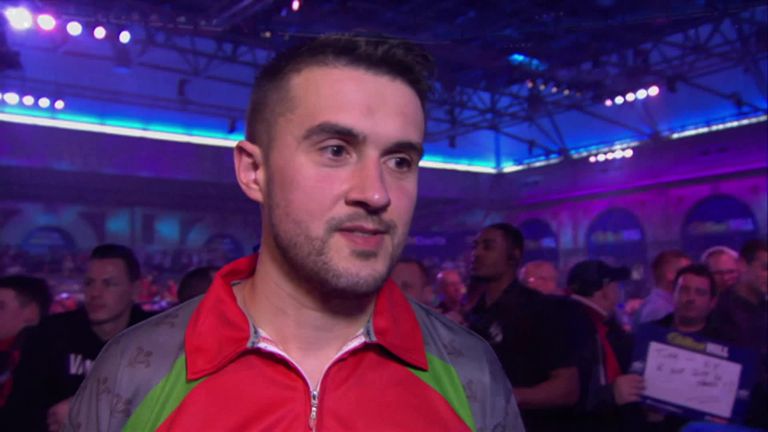 Gurney, who won last month’s Players Championship Finals, took out sparkling 160 and 84 finishes to seal the fifth set without reply, before capitalising on missed opportunities from Lewis to force a seventh and deciding set.

The Northern Irishman appeared poised to complete the comeback after opening up a 2-0 lead in the final set, but he missed one match dart at double eight and Lewis rallied superbly; reeling off four consecutive legs in 14, 14, 16 and 14 darts to claim a stunning victory. 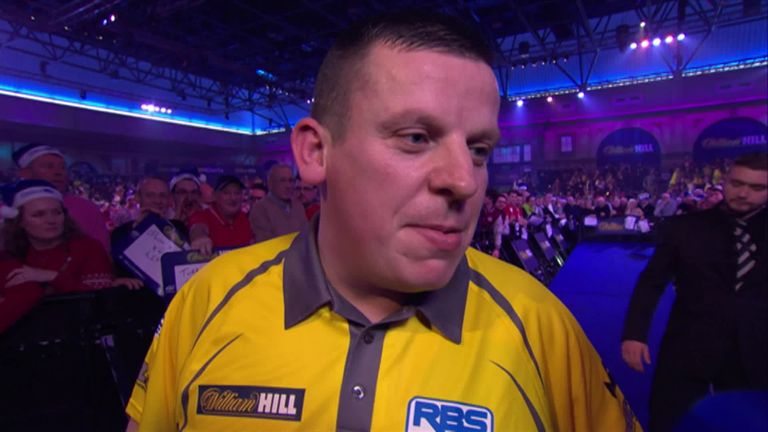 Lewis will now face Dave Chisnall in round four, after the 12th seed breezed past Kim Huybrechts in straight sets.

Huybrechts produced one of the performances of the second round, averaging 103.26 as he whitewashed Swedish qualifier Daniel Larsson in nine straight legs. However, he was unable to replicate those heroics against ‘Chizzy’.

Chisnall edged the opening set 3-2, before clinching the second set with a brilliant 110 checkout in a decider, after Huybrechts had squandered two darts for the set.

This proved decisive, as Chisnall won six of the next seven legs to triumph, taking out 105 and 138 finishes en route. 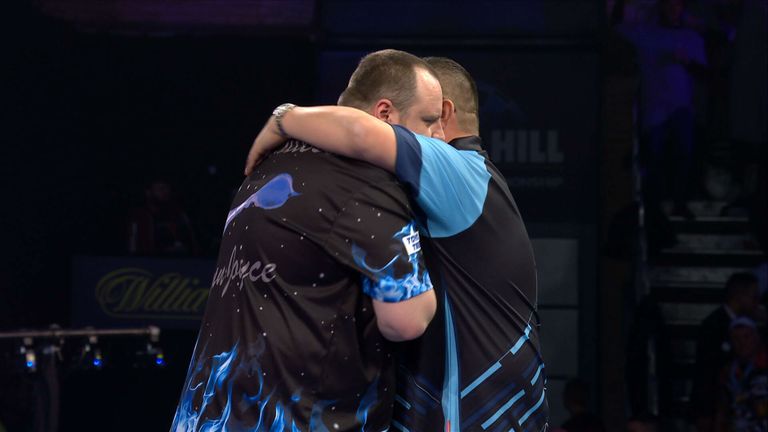 World Championship debutant Ryan Joyce battled back from two sets down to defeat Alan Norris in a seven-set tussle to become the first man through to the last 16.

Norris made a blistering start, taking out a 152 checkout en route to winning the opening set with a 115 average. ‘Chuck’ then doubled his lead with 15, 16 and 19-dart legs, before Joyce halved the deficit with a nerveless 68 kill in a third set decider.

‘Relentless’ took out 87 en route to clinching set four, before edging a nervy fifth set to secure the lead for the first time.

Norris fought back to restore parity at three sets apiece, but Joyce – who defeated Anastasia Dobromyslova and Simon Whitlock in straight sets earlier in the tournament – won the deciding set 3-1 to seal his progression.

You can follow every dart from every session of the World Darts Championships on Sky Sports Darts – check out the full schedule here. You can also stay up to date with all the action behind the scenes by following us @SkySportsDarts and get all the latest news, previews and interviews by heading to www.skysports.com/darts