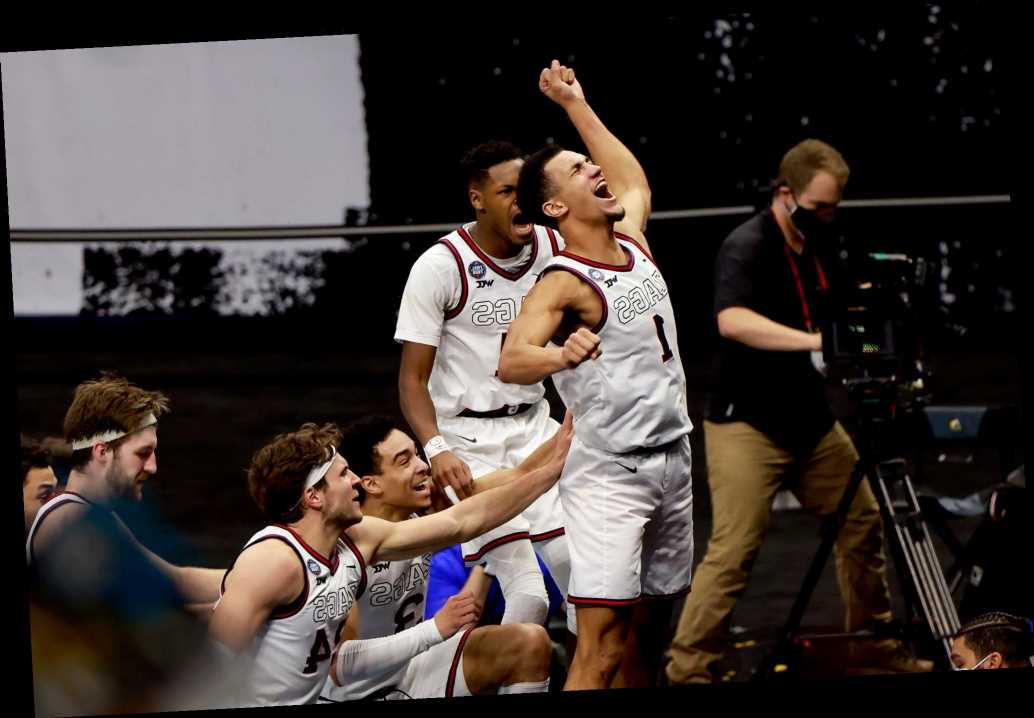 UCLA's only 'edge' may give it a chance to beat Gonzaga

The two best teams have been stalking each other for two years, and so Gonzaga versus Baylor on Monday night is the perfect ending to the college basketball season, the perfect opponent for Gonzaga to stamp its name in the history books as the first perfect team since Bob Knight’s 1976 Indiana Hoosiers.

They will be talking about Jalen Suggs’ 40-foot miracle buzzer-beater off glass that beat UCLA in overtime on Saturday night for years and years, but the reality is it didn’t win the first national championship for the Zags.

On Sunday, Mark Few was being asked whether the Zags have come down yet from cloud nine.

On Monday, in the lead-up to The Game of Games, the nation will be asking: What can Jalen Suggs possibly do for an encore?

He will go down in Gonzaga lore and Final Four lore because of his forever shot, but the biggest, most important and final 40 minutes of his college basketball life await before he takes his immense one-and-done talents to the NBA as a high lottery pick.

The phenom has been a winner all his young life, in football as a quarterback as well as in basketball, armed with the athletic arrogance and dare-to-be-great fearlessness that ooze from the great ones.

He is the perfect player on this perfect team.

He has The Natural written all over him.

Louisville once had a freshman big man they liked in Never Nervous Pervis Ellison. Gonzaga has a freshman point guard they could call Never Failin’ Jalen Suggs.

These 31-0 Zags have witnessed enough of his magic to believe that Suggs is more likely than not to make the perfect play at the perfect time for them.

Suggs was good and lucky on the shot that sent UCLA home, but there is no denying that this is a generational talent who is more good than lucky.

A freshman named Michael Jordan once hit a game-winner in the 1982 championship game against Georgetown, but it wasn’t otherworldly.

But it did win that elusive first national championship for Dean Smith.

“The energy was definitely palpable,” Few said. “If that wasn’t Jalen Suggs in just a snapshot, there in a lot of different ways. We kinda messed up the switch … We didn’t quit on the play, and only him as a point guard would go up and try to block a 6-10 guy’s dunk attempt, and still have the wherewithal to block it clean, go out of bounds, get both feet in and then … he’s the only guy on our team who would even remotely even think about trying to throw that pass — thank God for that — and he’s also the only guy on our team and probably the only guy I’ve ever coached who can complete that pass. … Just an amazing play, and kinda sums up Jalen’s competitive spirit, and how he never quits, his athleticism, his vision, but also his just crazy confidence in his ability to make plays like that.”

Baylor coach Scott Drew was asked for his reaction to Suggs’ shot.

The school gave Suggs a chance to come down from his personal cloud nine and did not make him available to the media on Sunday.

Suggs will confront a formidable foe in Davion Mitchell, the defensive player of the year. His nickname is Off Night — because most of the time the man he guards has an off night.

“Both of ’em the bigger the moment the better they play,” Drew said.

“I just can’t get too excited,” Mitchell said. “He’s a really good player, he’s really fast, he’s really quick. I just gotta know when I can pick my spots, and when I can pressure him, when not to pressure him. My job is just to stay in front of him and make it hard for him.”

Baylor and its vaunted perimeter trio are back with a vengeance from their three-week COVID pause. Gonzaga was finally tested and survived. Let’s get ready to ruuuuuumblllllle …

“With Gonzaga and us the last two years,” Drew said, “we followed what they’ve done, they followed what we’ve done, and I know it’s motivated us to continue to get better, continue to try to improve to keep up and keep pace. You need that competition, you need teams like the best to bring out the best in you.”

Kris Jenkins hit that unforgettable buzzer-beating 3 to win the 2016 national championship for Villanova against North Carolina.

Imagine if Jalen Suggs can do that for an encore.