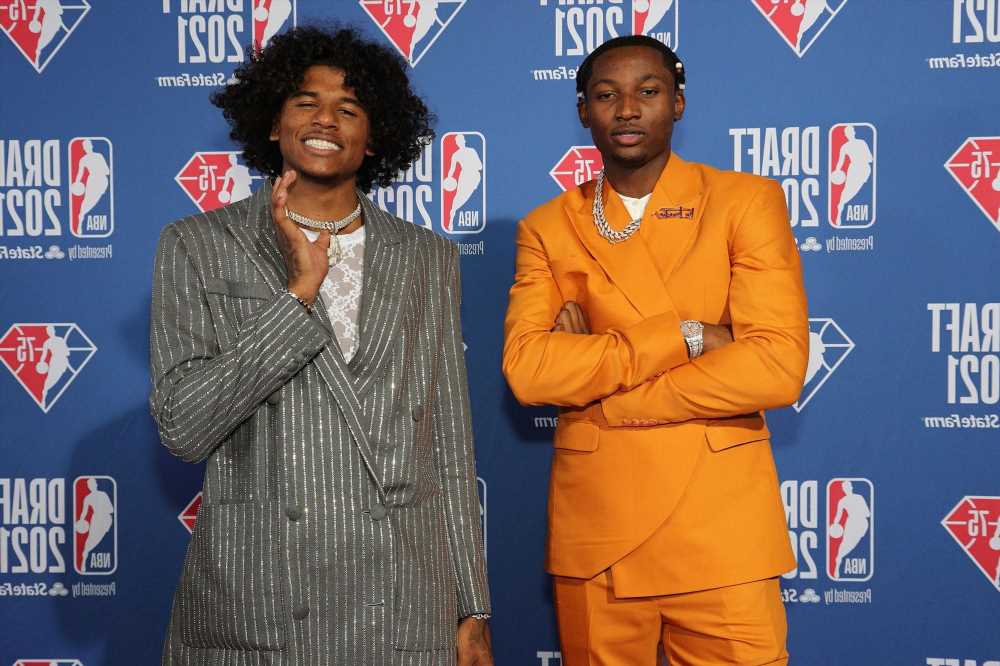 The 19-year-old G-League product arrived at Barclays Center in a sparkling gray Balmain suit, which he said was a “backup plan” to his original look.

“The idea was just to come in and different. I wanted a different outfit coming into the draft,” Green, the No. 2 overall pick by the Rockets, told NBATv’s Taylor Rooks. “So it actually worked out and I’m glad it did.”

Green sported clean white sneakers and wore his signature curly hair down. His diamonds were courtesy of NYC-based jeweler Avianne & Co., which specializes in custom pieces.

Green is widely considered one of the most, if not the most, stylish prospects in the 2021 draft class. But, the soon-to-be rookie class wasn’t short of colorful suits, diamond chains and a few bowties.

The inside of his personalized suit included a portrait of Bryant, who died in a helicopter crash in January 2020, walking into the Lakers locker room as purple lights shined down on him. His suit jacket featured Bryant’s Mamba symbol, with his mantra “Mamba Mentality” written in yellow.

Other details inside the suit included Bryant’s No. 8 Lakers jersey, the Larry O’Brien championship trophy and gold medals. Thomas had the words, “Let your light shine” stitched into the left side of his suit.

The man of the hour, Cade Cunningham — who was selected first overall by the Pistons — donned black Christian Louboutin shoes with spikes on the toes. He paired his footwear with a navy blue suit and tie, and, of course, “draft day drip,” which included diamond bracelets and a watch.

Another G-League Ignite product, Jonathan Kuminga, stepped out at the draft in bright mustard yellow suit.

Both Jalen Suggs (Gonzaga) and Evan Mobley (USC) were dressed by emerging fashion brand Alba. Suggs said he wanted to “sparkle and shine,” and went with a glistening gray suit with a black bowtie. Meanwhile, Mobley suited up in a bright blue suit.