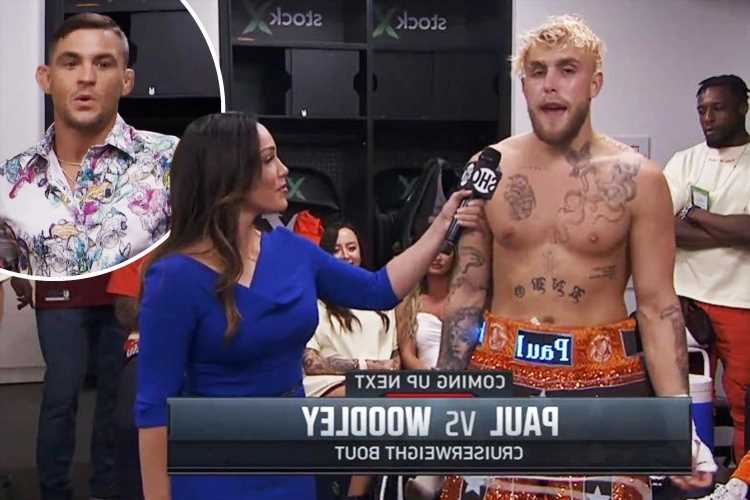 JAKE PAUL showed off his ELECTRONIC shorts while Dustin Poirier visited the YouTuber backstage before his fight with Tyron Woodley.

Paul faces ex-UFC champion Woodley in his home of Cleveland, Ohoi, and paid homage to his boyhood NFL side. 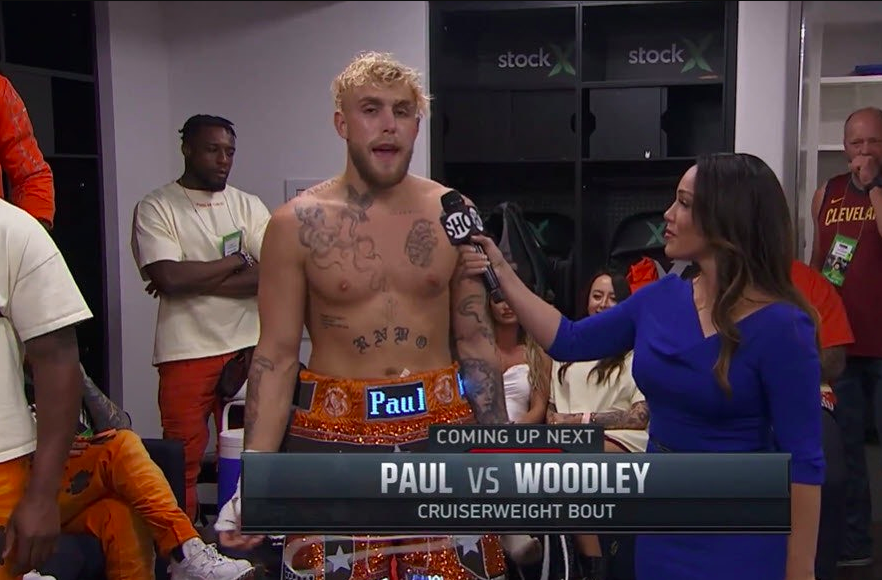 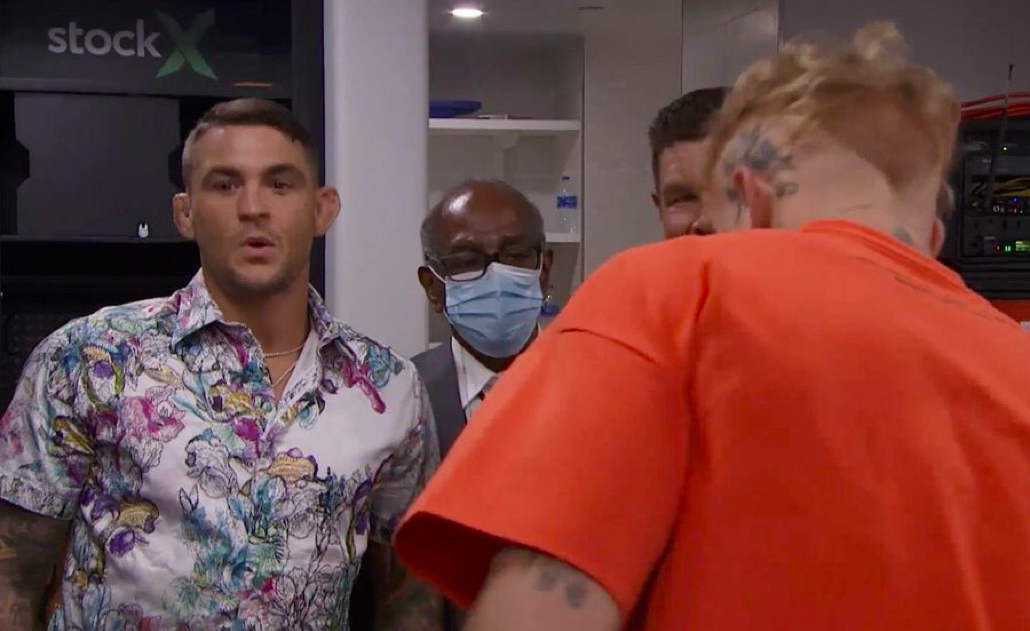 But what quite literally caught everyones eyes was the electronics on the belt line of his shorts, which just read Paul in led lights.

The American, who is 3-0 all by knockout, was earlier in the night visited by UFC lightweight Poirier.

MMA fans vented their frustration, believing the former interim champion had pledged his allegiance to Paul.

But in reality, he also visited Woodley, 39, with the pair formerly sharing the same American Top Team gym.

Paul, 24, comes into the fight unbeaten but has so far faced only limited opposition.

His return against Woodley will provide the biggest challenge in Paul's boxing career to date.

"But to be honest, something in my heart tells me that it's going to be another one round fight.

"As crazy as that sounds. I think it's going to be a very short night for Tyron."