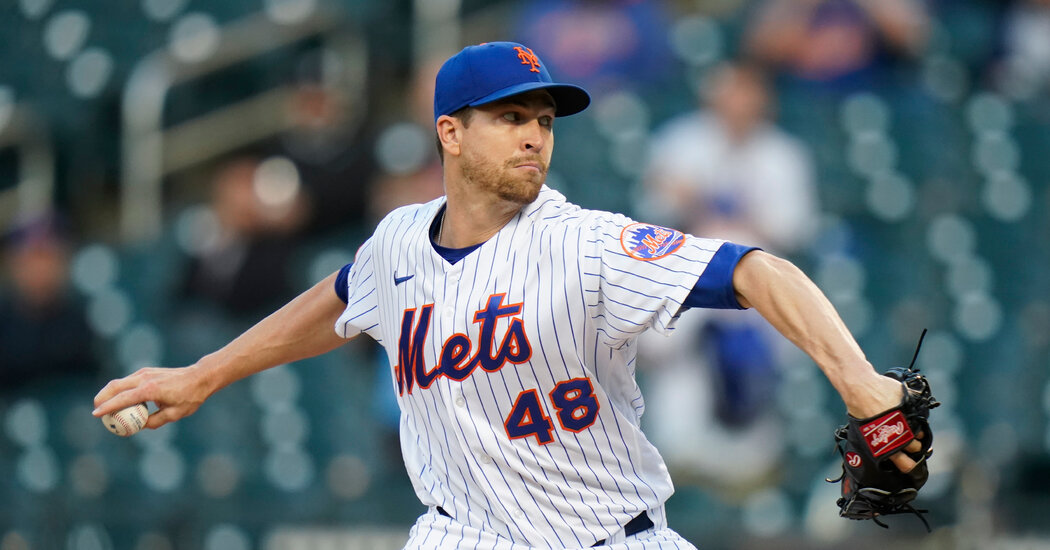 Jacob deGrom struck out nine in a successful return from the injured list and Tomas Nido hit a tiebreaking homer to send the depleted Mets past the Colorado Rockies, 3-1, on Tuesday night.

Back from a bout with tightness on his right side, deGrom gave up only Ryan McMahon’s solo homer in five innings of three-hit ball. The two-time Cy Young Award winner fired his usual assortment of 100 mile-an-hour fastballs and nasty sliders during his first major league outing since May 9.

He walked none and was removed after 63 pitches. The nimble right-hander, who also singled at the plate for his eighth hit in seven games this season, went three innings last Thursday in a rehab appearance for Class A St. Lucie, fanning eight.

Nido connected for a two-run shot off Chi Chi Gonzalez (2-3) in the sixth after Dominic Smith singled. Nido stopped at second when umpires initially ruled the ball in play, but they changed the call to a home run without benefit of replay following a huddle in the infield.

Nido then waved his arms to spur on the Citi Field crowd as he finished rounding the bases with his third homer of the season. The backup catcher has been pressed into more regular duty lately because the Mets have 16 players on the injured list, most in the majors.

Despite all the injuries, the Mets (22-20) lead the N.L. East. They snapped a three-game slide and won for the fourth time in 11 games.

Miguel Castro (1-1) struck out four in two hitless innings for the win. Edwin Díaz whiffed three in the ninth for his eighth save. 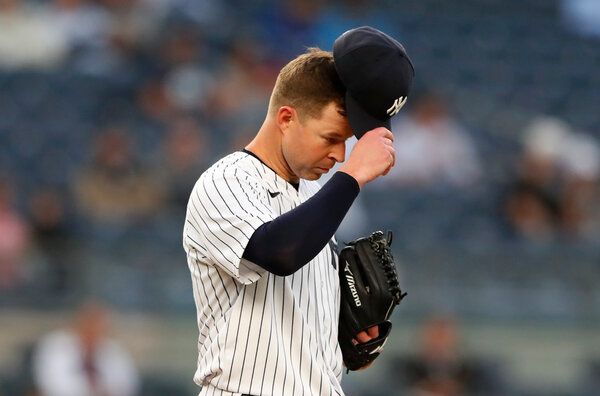 Corey Kluber, making his first start after pitching a no-hitter for the Yankees, had his outing cut short by shoulder tightness. The team said the two-time Cy Young Award winner will have an M.R.I.

Toronto stopped its six-game losing streak and the Yankees’ six-game winning streak, improving to 5-2 against the Yankees this season.

Bo Bichette reached on an infield single with one out in the third for the first hit off Kluber, a 35-year-old right-hander who pitched his first no-hitter at Texas last Wednesday. Guerrero followed with a drive into the right-field bullpen, giving him 41 R.B.I.

Kluber (4-3) was replaced by Michael King at the start of the fourth inning.

Lourdes Gurriel Jr. homered in the fourth and shortstop Gleyber Torres made a two-run throwing error that extended the lead to 5-0 in the seventh. Randal Grichuk homered against Justin Wilson in the ninth, his 16th against the Yankees since 2018.

He gave up six hits in six and two-thirds innings, struck out 10 and walked none. The Yankees didn’t advance a runner past first until the seventh inning, when Clint Frazier doubled and Kyle Higashioka followed with an R.B.I. single on Matz’s 112th and final pitch — his most since June 2019.

Kluber threw 58 pitches, walked three and struck out five. His fastball velocity dropped from mostly 91-93 miles-per-hour in the first two innings to 89-91 in the third.

Kluber’s 2019 season ended for Cleveland on May 1 when he was hit on the forearm by a comebacker, and his debut for Texas in 2020 lasted just one inning before he tore a muscle in his right shoulder on July 26.