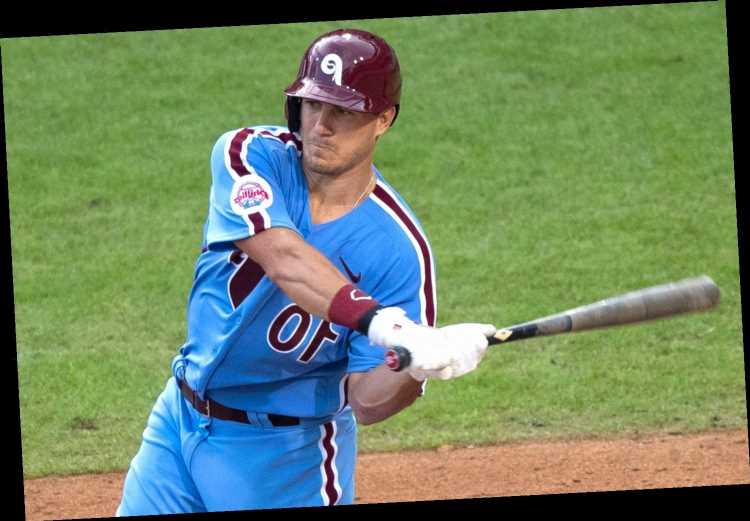 Rays trade another pitcher in three-team trade with Phillies, Dodgers

J.T. Realmuto is staying with the Phillies.

Realmuto agreed on Tuesday to a five-year, $115.5 million contract to remain with Philadelphia, according to multiple reports. The $23.1 million average annual value is the most ever given to a catcher, eclipsing the $23 million a year Joe Mauer got on his eight-year, $184 million Twins extension.

Realmuto, 29, was one of the top hitters on the MLB free-agent market and the top catcher. The Phillies acquired Realmuto from the Marlins in a trade before the 2019 season. He went on to set career-highs with 25 home runs and 83 RBIs that year. In the shortened 2020 season, Realmuto had a slash line of .266/.349/.491 with 11 homers and 32 RBIs.

There were questions at the beginning of the offseason regarding whether the Phillies would be able to keep Realmuto because of financial reasons. But new president Dave Dombrowski was able to keep Bryce Harper happy by retaining Realmuto, something Harper lobbied for multiple times.

The Mets were out of the running for Realmuto when they signed James McCann to a four-year, $40.6 million free-agent contract earlier this offseason. The Braves were reportedly in the mix for Realmuto, despite having ex-Mets catcher Travis d’Arnaud, before Realmuto agreed to his Phillies return. Realmuto declined a one-year, $18.9 million qualifying offer at the beginning of the offseason.