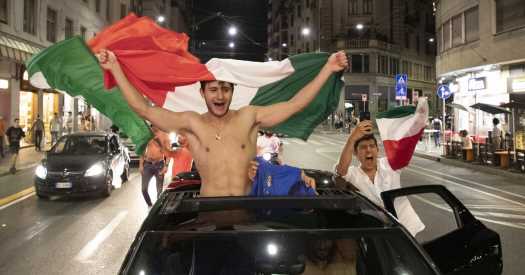 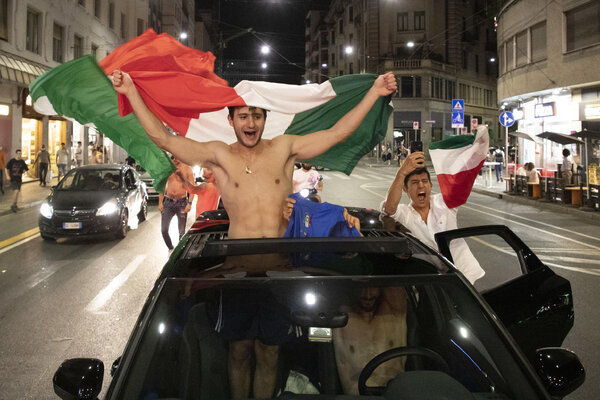 Every year is a big soccer year in Italy. When the national league finishes, victorious fans parade through city streets in their cars and mopeds. But it is during the international competitions that the Italian soccer fanaticism takes on a semblance of religious faith.

“God Is Italian,” read the headline of a national sports newspaper earlier this week, exalting a victory over Spain in the semifinals. On Sunday, Italy will try to beat England, in London, to add a new chapter to its storied soccer history. It has already been quite a month.

Four years after the national team faced the humiliation of failing to qualify for the World Cup, Italy — embracing a mix of youth and fun and its usual defensive excellence — has reset the expectations of its fans. This weekend, the team carries on its shoulders the hopes of a nation badly battered by the coronavirus but making its way out of the pandemic.

Despite restrictions that still require masks and social distancing, especially indoors, people have been watching the games in large crowds and celebrating on the streets.

“With all caution, people need some normality and the national team this year is a reason to be proud and joyful after so much suffering,” said Daniele Magnani, an amateur soccer coach, who was visiting the national soccer museum in Florence with his wife.