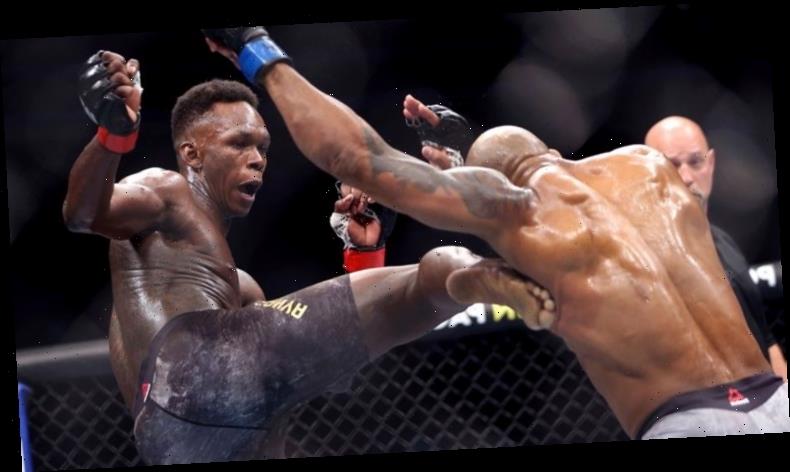 Just four fighters in the UFC have held two belts simultaneously. This weekend, Israel Adesanya will be looking to join that elite company.

Conor McGregor, Daniel Cormier, Henry Cejudo and Amanda Nunes have achieved ‘champ-champ’ status in the past. However, few gaps are tougher to bridge than that between the 185lb and 205lb ranks in the UFC.

And while ‘The Last Stylebender’ has been adamant that he has not made significant changes to his fight preparations, former UFC middleweight Mark Weir is not convinced.

“He says he’s training the same. He’s still going to jump in the sauna. Don’t be surprised if he comes in at the top end of 190, not the 200-mark,” Weir told Sky Sports, ahead of Adesanya’s fight against Jan Blachowicz.

“I don’t know if it’s a game he’s playing. He said he’s training exactly the same.

“A couple of reasons I don’t think it’s the truth. When you punch, and you don’t have the weight behind you, you [need] more punching power to knock heavier guys out.

“The other thing is, when pinned against the cage, or escaping from the cage, he won’t be able to do any pinning, because he’s not [got] the right weight behind him.

“And also when you’re escaping on the ground, when you think about it, when you’re lifting a 200-kg weight, you’re going to lift it slower than something that’s only 100kg. So when [Błachowicz] is escaping, throwing Adesanya off is going to be no problem. So if it goes to the ground again, it’s not going to be in his favour.

“So I can’t see him giving him too many advantages.

So how can the middleweight champ overcome the weight handicap?

“Adesanya has seen that, that maybe there’s something in there where he can hit without [getting] hit. Maybe what’s encouraged him to go to light-heavyweight.” 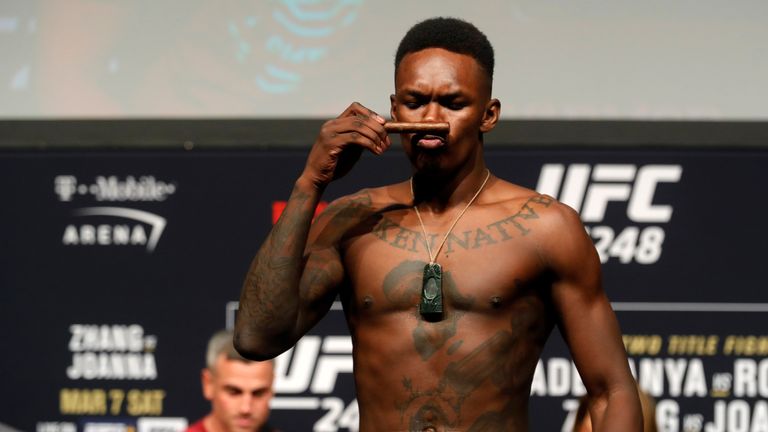 And he is also keeping the Polish star on his toes.

“Like Anderson Silva, his role model, he just plays mind-games. If you look at all the great fighters, they get inside your head. He throws things out there, but it’s more or less to just throw your concentration,” said Weir.

“I think his goal is to keep everything long-range, I think he’ll attack the leg again. A lot of them are doing calf kicks now. That’s one of his strengths.

“I think he’ll be laterally-moving a lot. He won’t be walking in a straight line. He will be hitting without being hit.”

Edwards: They hit differently at light-heavyweight

Bellator fighter Fabian Edwards has warned that Adesanya will need to be ready for the extra punch that Blachowicz will be packing.

“Going up by that much, they hit differently,” he said. “When you move that amount of weight and you’re not used to it, it can have an effect. Your punches don’t have the same effect as well.

“But if he can do what he did against Costa, in the sense of move-hit-move-hit, he’ll win the fight.

“But if Jan comes out with that mind-frame of ‘I can beat this guy’, I think he’s going to go forward and engage with Israel. And Israel will have to use his movement and timing to just pick him off. If he gets involved in an exchange, I don’t think he can eat too many of those shots from a light-heavyweight that hits as hard as Jan.

“He will definitely have a speed advantage. But will his punching have the same effect?

“Jan is on a [four-fight] win streak, so he’s got all this belief in himself. It’s going to be a tough fight for Izzy.”