Is this the best catch EVER? Indian fielder takes the ball as he’s running at speed over the boundary rope then throws it behind his BACK to a team-mate while he’s in the air

Singh attempted to hit bowler Vishal Gite for six, only for long-off fielder Gaikwad leaps over the boundary rope to grab the ball.

As he takes it, he manages to throw it back into play for team-mate Divyang Himganekar to complete the dismissal, which came in the last ball of the match. 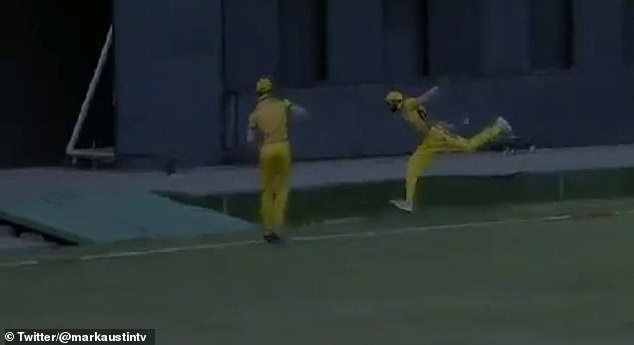 Ruturaj Gaikwad, fielding for Maharashtra, athletically throws the ball back onto the pitch 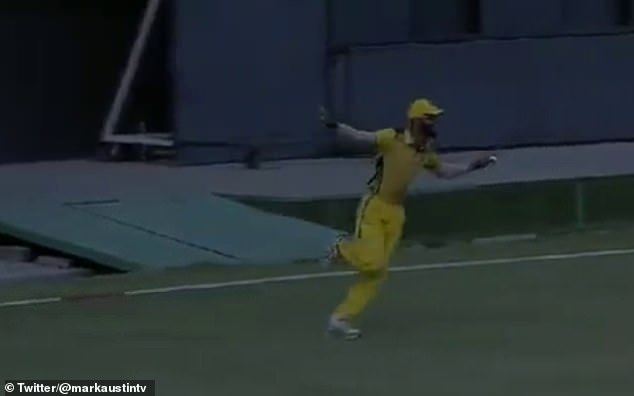 The footage, from a match in March, has recently re-emerged and has led to the likes of Stuart Broad labelling it ‘Absolutely outrageously brilliant.’

Another user was also impressed, claiming ‘HOLY MOLY! We have a new greatest ever catch…’

A further believes that Himganekar was ready to claim full credit for the dismissal.

Remarkably, Gaikwad managed to land on his feet and proceeded to run into the stands as Himganekar celebrates.

The catch made no difference to the result, with Railways needing 22 runs off that final ball to avoid a defeat.

That set up a final clash against Karnataka, who won the match by eight wickets to lift the trophy.