IRELAND struck a huge blow in the battle for supremacy in Group A with a thumping win over sorry Scotland.

Joe Schmidt's side pick up the bonus point after seeing off the Tartan Army 27-3 with a relentless attacking force. 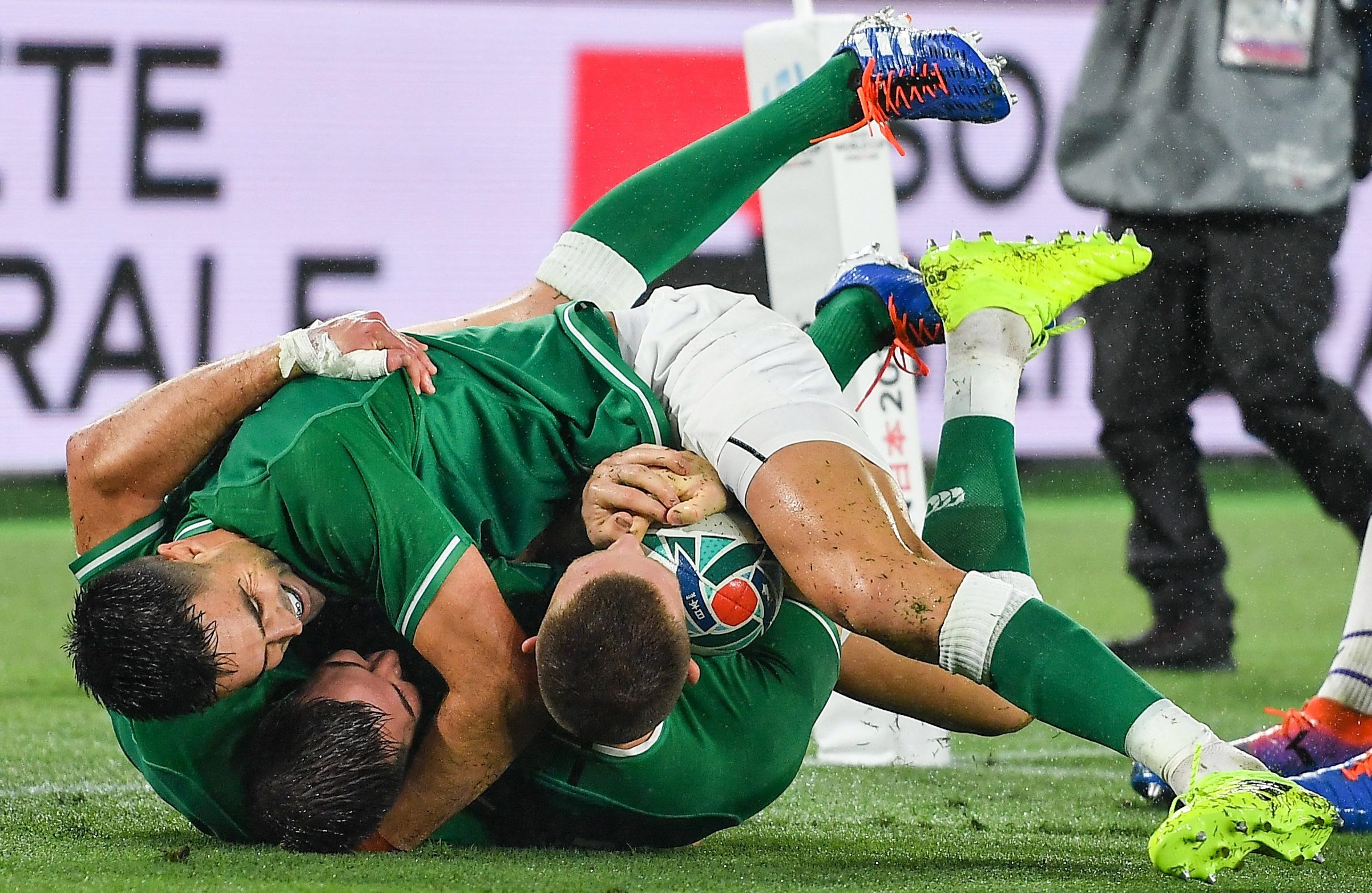 James Ryan, Rory Best and Tadhg Furlong all crossed the line with tries in the first half while winger Andrew Conway went over in the second.

Scotland's only points came from the boot of Greig Laidlaw.

The men in green entered the tournament as the world's top-ranked team for the first time in history, but were also dogged by the spectre of their record 57-15 defeat by England at Twickenham just last month.

Head coach Schmidt's tournament plans had been heavily scrutinised, Best's captaincy had been questioned, and Ireland were left to lament a second frustrating loss to England in the calendar year.

All boss Schmidt's plans came to fruition on the shores of Tokyo Bay however, with skipper Best leading from the front with a timeless, tub-thumping, try-scoring turn.

Ireland will move on to face hosts Japan in Shizuoka on Saturday feeling fully vindicated in their preparations, boasting a spring in their step and a zip in their play.

Scotland's wretched afternoon was worsened all the more by a nasty-looking knee injury to Hamish Watson, that could well end his tournament.

Watson's left knee buckled amid a robust but legal double ruck cleanout from Cian Healy and Tadhg Furlong, with the Edinburgh flanker immediately letting out a blood-curdling scream clearly audible on the referee mic feed.

Scotland face Samoa in Kobe on Monday, and it would seem highly likely they will do so without the accomplished but luckless Watson. 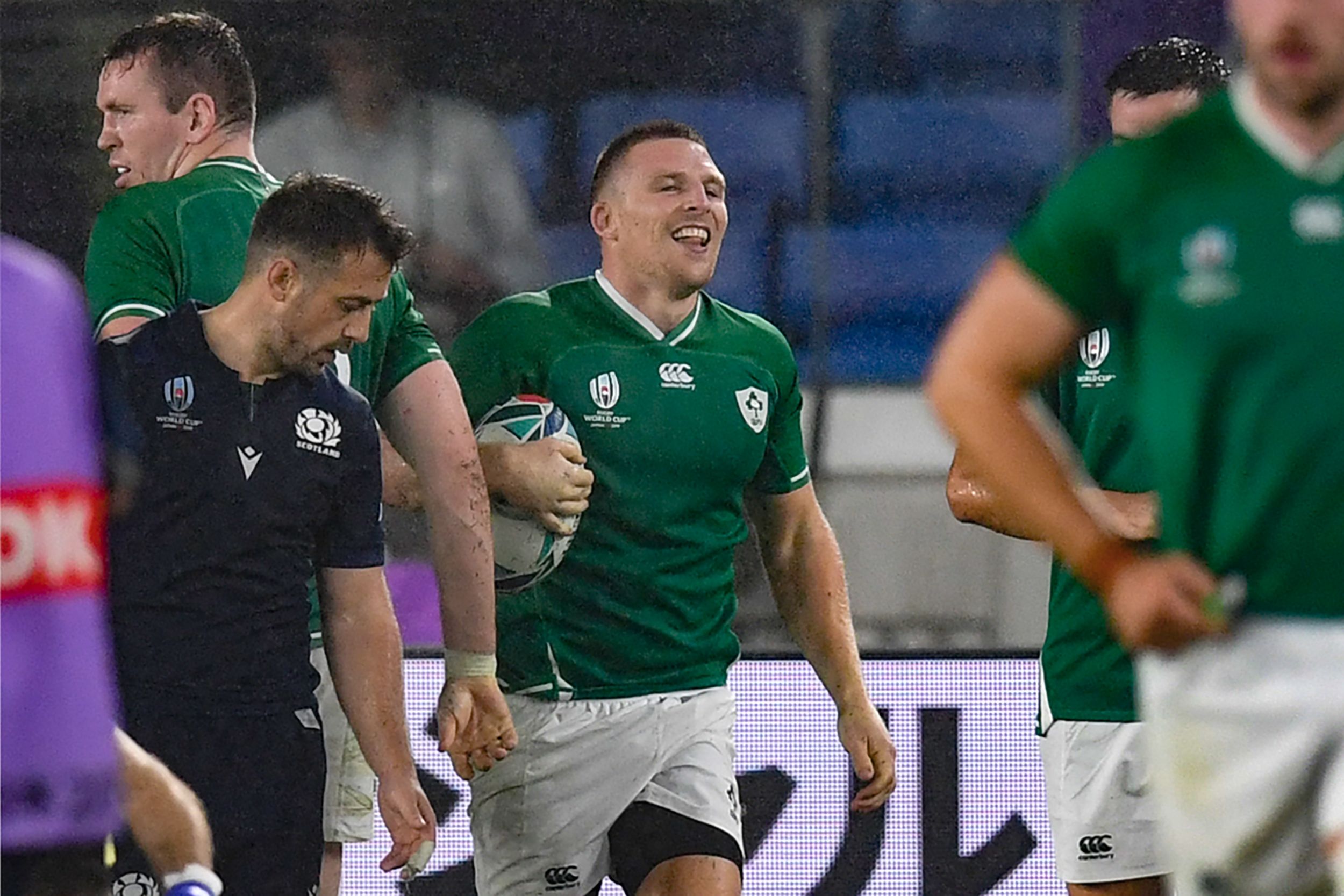 Ireland's Peter O'Mahony and Bundee Aki did not return after Head Injury Assessments (HIAs) and Josh Van Der Flier was forced out late on, with all three now doubts to face Japan.

Ireland blasted into the Scots from the very first second, attacking in relentless waves and denying Gregor Townsend's men any foothold.

A smartly-angled lineout drive allowed Best to break blind and Murray to chip in behind. Iain Henderson ploughed right over Stuart McInally to bust a midfield cavern and set camp on the Scotland tryline.

Garry Ringrose then scythed down Stuart Hogg in midfield, Aki latched on for the turnover and Ireland were back on the attack.

WP Nel was pinged for side entry from the resulting penalty lineout and Sexton punted to the corner for another fine platform. And Ireland's flawless lineout catch-and-drive flattened the Scots, with skipper Best rising last from the pile for his 11th Test try. 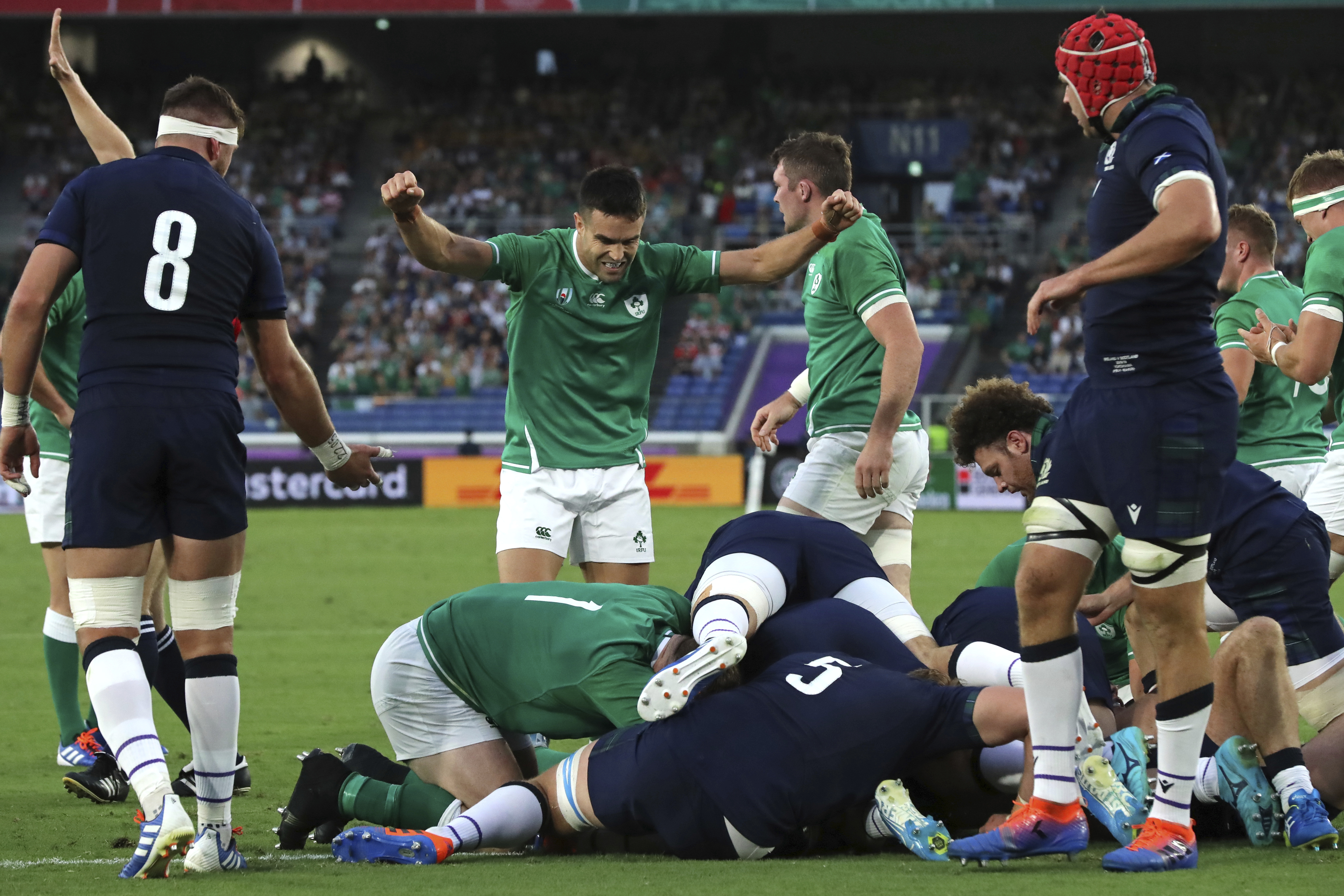 Finn Russell finally put Scotland on the board on the quarter-hour with a penalty goal, but Gregor Townsend's men were never able to settle.

Tommy Seymour knocked on in midfield, Conway fly-hacked deep and the loose ball rebounded off the post. Hogg scooped up but was duly hauled back over his line by Conway, handing Ireland a five-metre scrum.

CJ Stander powered off the set-piece to put Ireland in touching distance again, and Furlong busted in for the third try – all inside the half-hour.

Murray slotted the conversion to post a lead of 19-3 that Ireland took into the break, their scrum-half shanking a penalty shot on the stroke of half-time.

No fourth score before the turnaround, but Ireland still had time for Stander to race past an unguarded Scotland ruck, and for Jacob Stockdale to chip and chase 40 yards down an unguarded blindside off a scrum.

A neat steal in Ireland's 22 secured Scotland a fine scoring chance after the break, only for John Barclay to knock on cheaply.

That mistake allowed Ireland to regain the momentum, with Conway the chief beneficiary when racing in at the right corner for a smart finish.

Four tries and the bonus point inside the hour, and boss Schmidt had seen enough: Sexton was withdrawn, with his replacement Jack Carty posting a late penalty in a comfortable cameo.