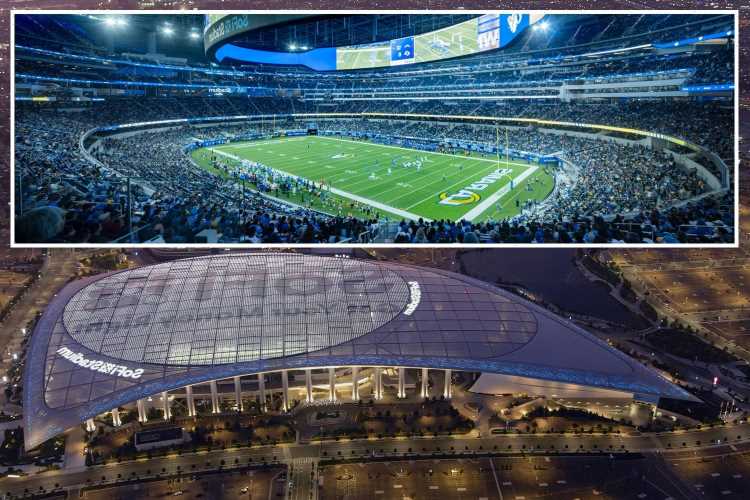 AMERICAN FOOTBALL returned to Los Angeles in style at the state-of-the-art SoFi Stadium.

LA Rams and Arsenal owner Stan Kroenke built a $5.5billion palace in Inglewood to bring the NFL back to the entertainment capital of the world. 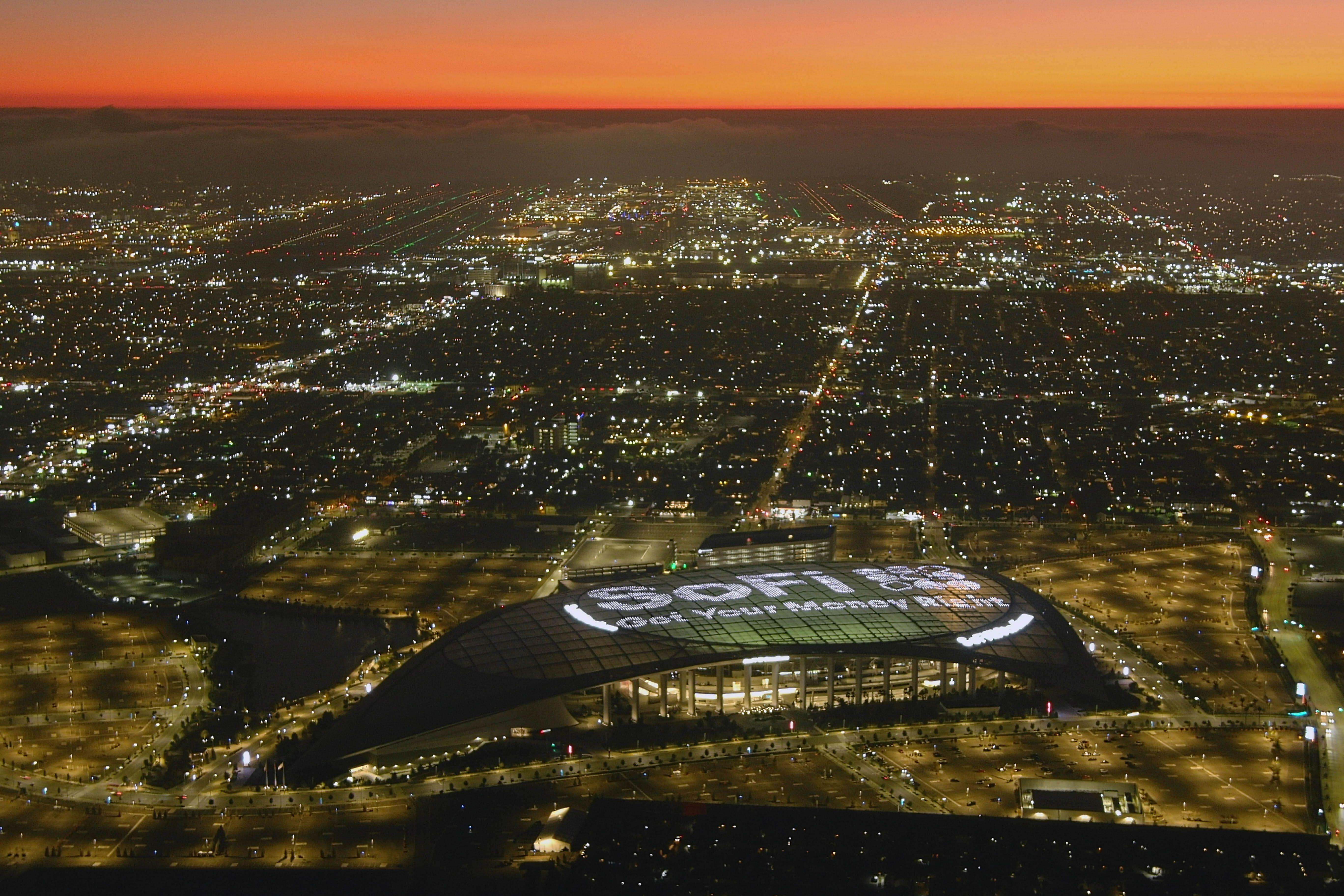 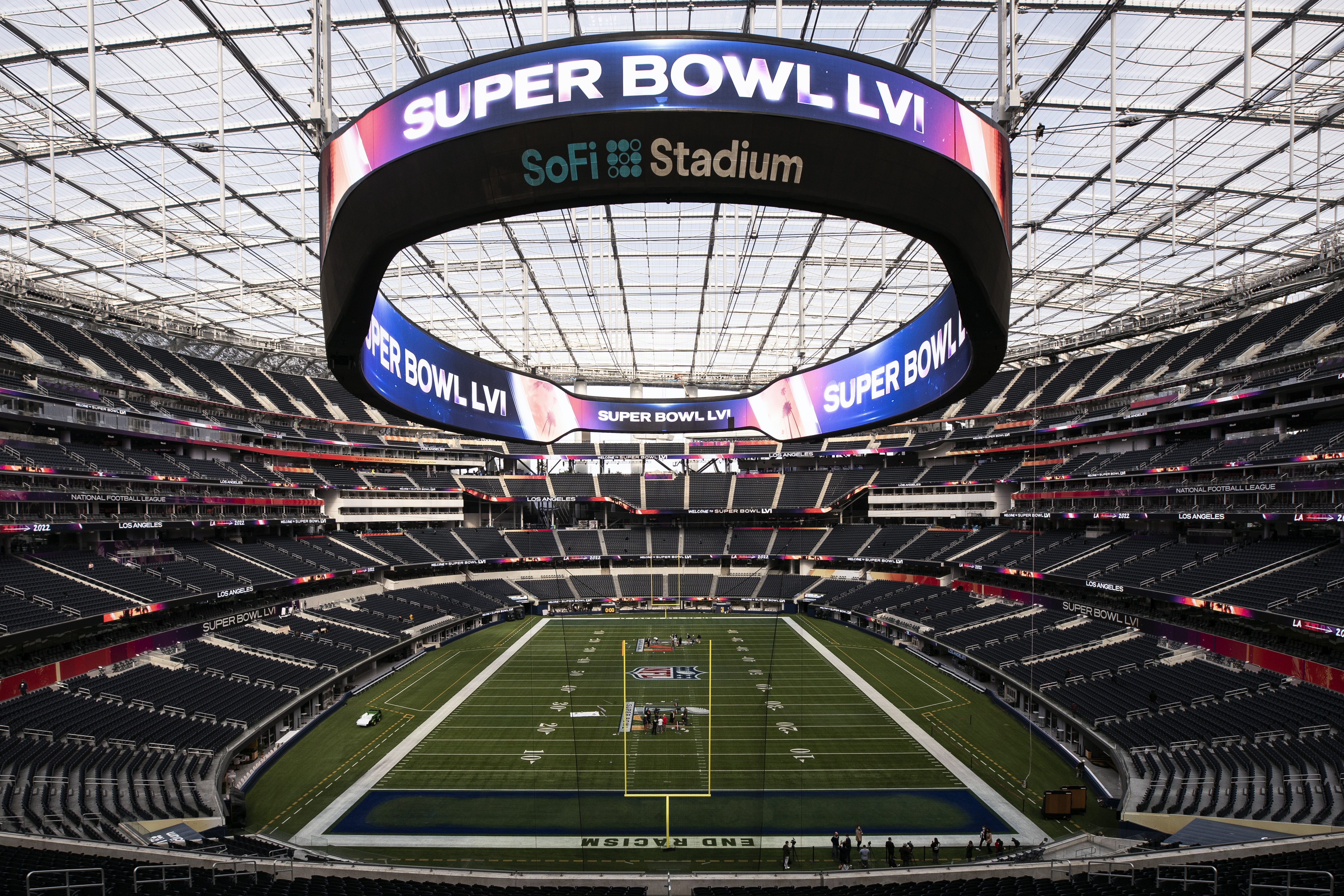 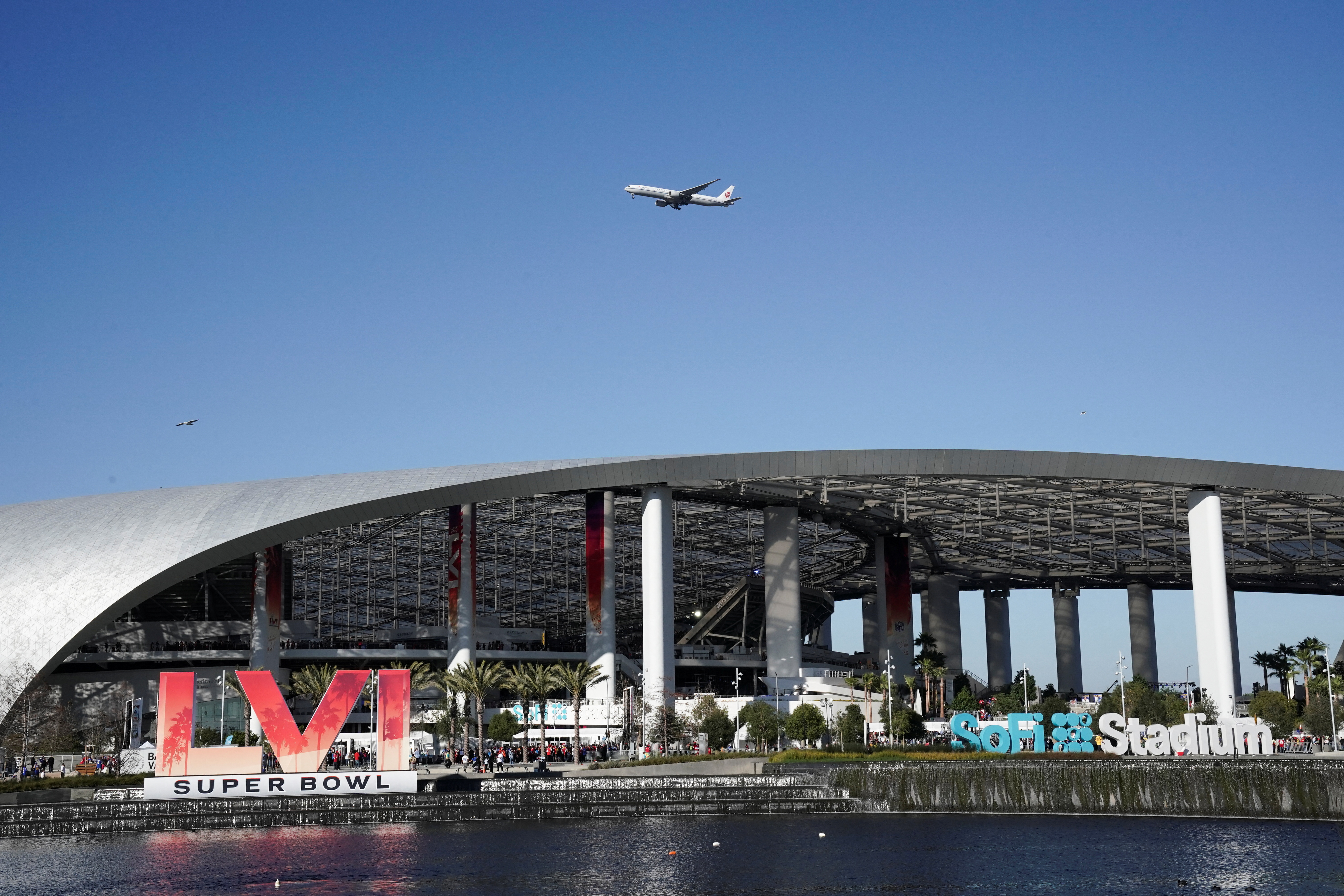 Los Angeles had been without a team of their own since 1995 when the Rams moved to St Louis and the Raiders upped and left for Oakland.

But in 2014, Kroenke purchased 60 acres of land in Inglewood and announced his intention to build a new NFL stadium.

Six years later the 70,000-seat arena known as SoFi Stadium opened its doors to the world as the new home of the Rams and Chargers, who moved up the road from San Diego.

The stadium is part of a wider 300-acre Hollywood Park site and will be the centerpiece of the 2028 Olympic Games in Los Angeles.

It was built by HKS Architects, who previously designed Dallas Cowboys' AT&T Stadium and Minnesota’s US Bank Stadium.

SoFi Stadium is the most expensive and largest stadium in the NFL at 3.1million square feet.

The striking roof structure projects images and video in the sky and provides stunning views for air passengers landing at nearby LAX airport.

The field was built 100feet below ground level so the top of the structure did not interfere with the flight path.

Under the same canopy roof is a huge fan plaza and a 6,000-seat arena called YouTube Theater.

The videoboards installed in the stadium are the largest in sports at 70,000 square feet.

The screens are full 4K definition, 120 yards long and made up of 80 million pixels.

Los Angeles finally has a stadium to be proud of and stage fit to host any big occasion. 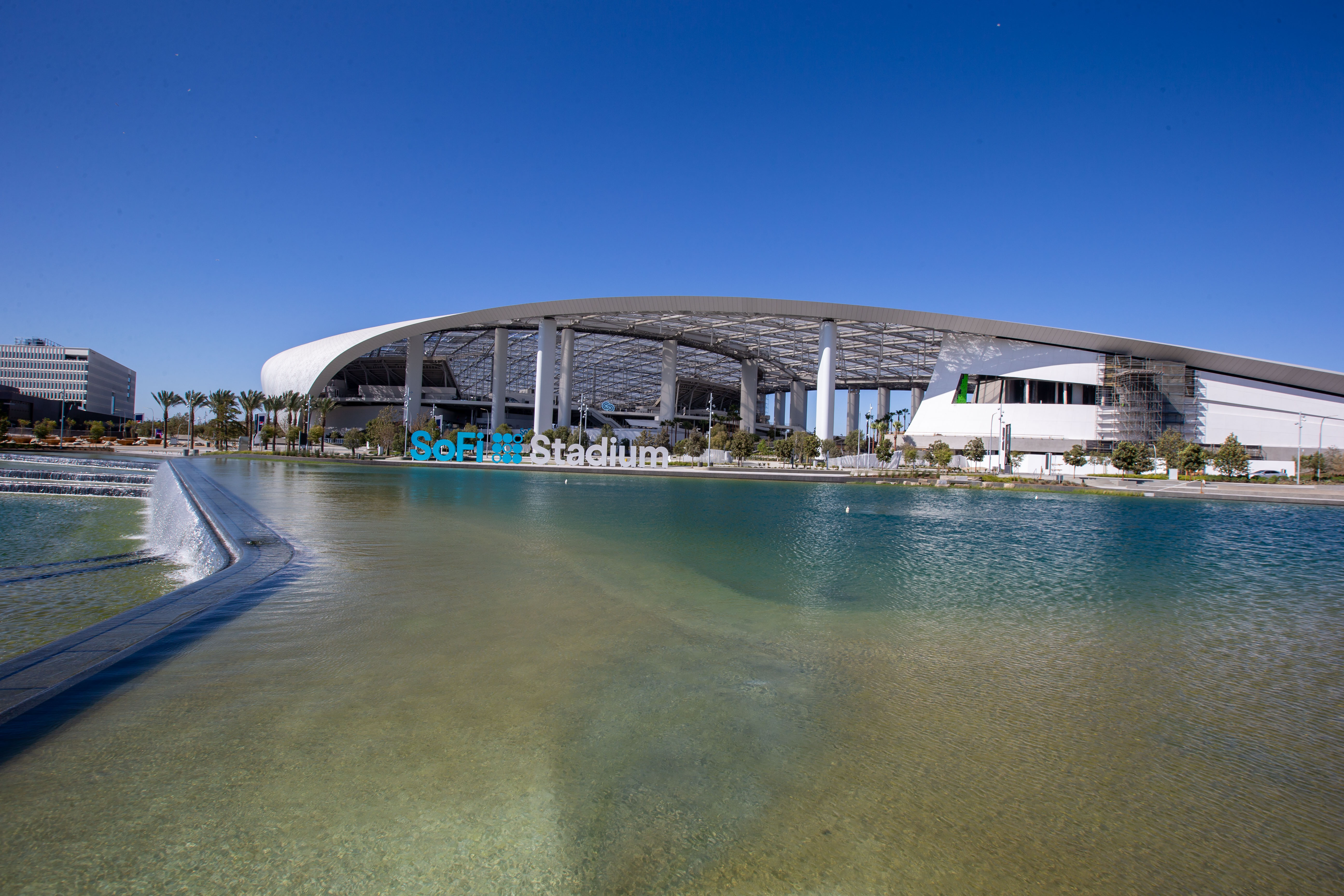 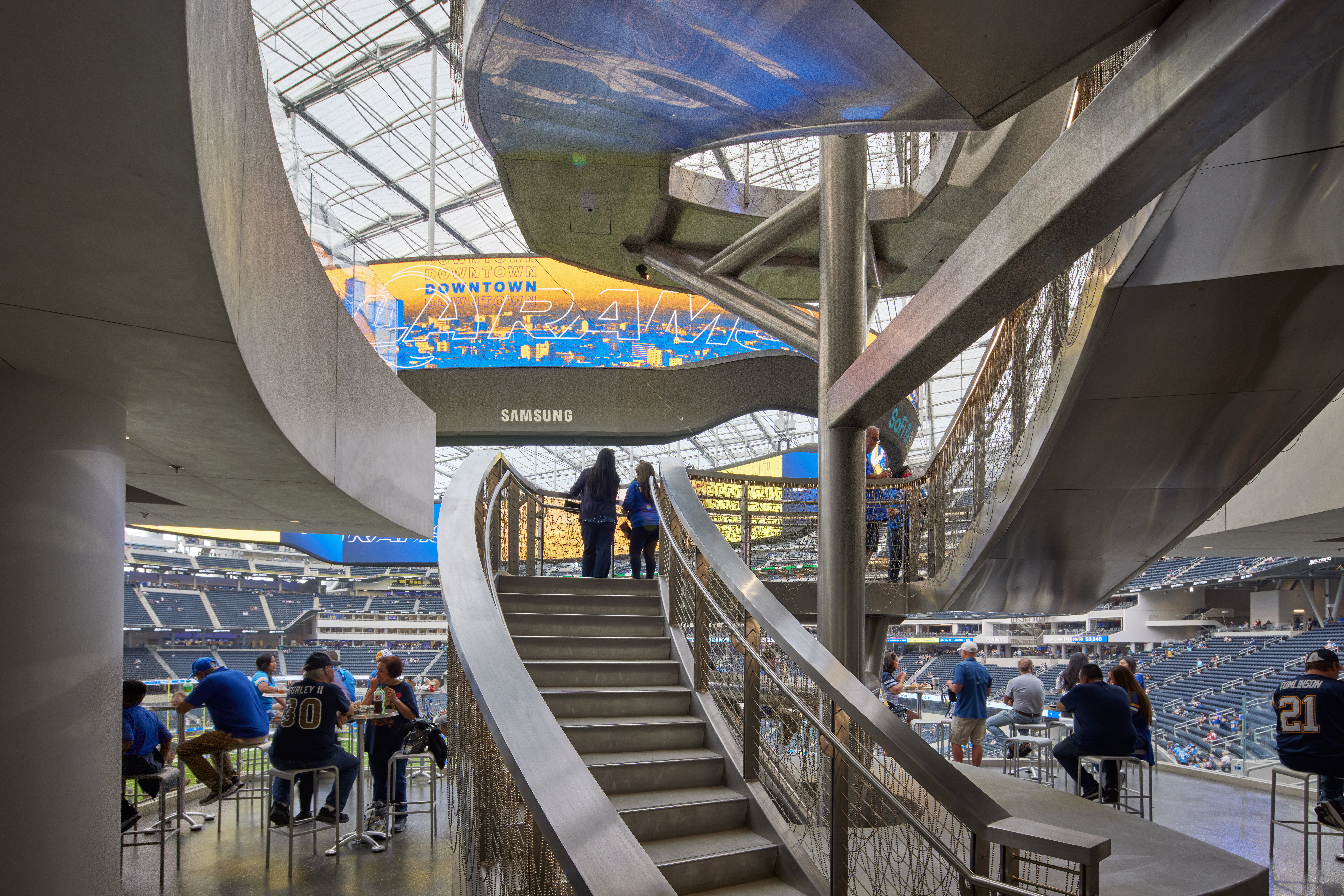 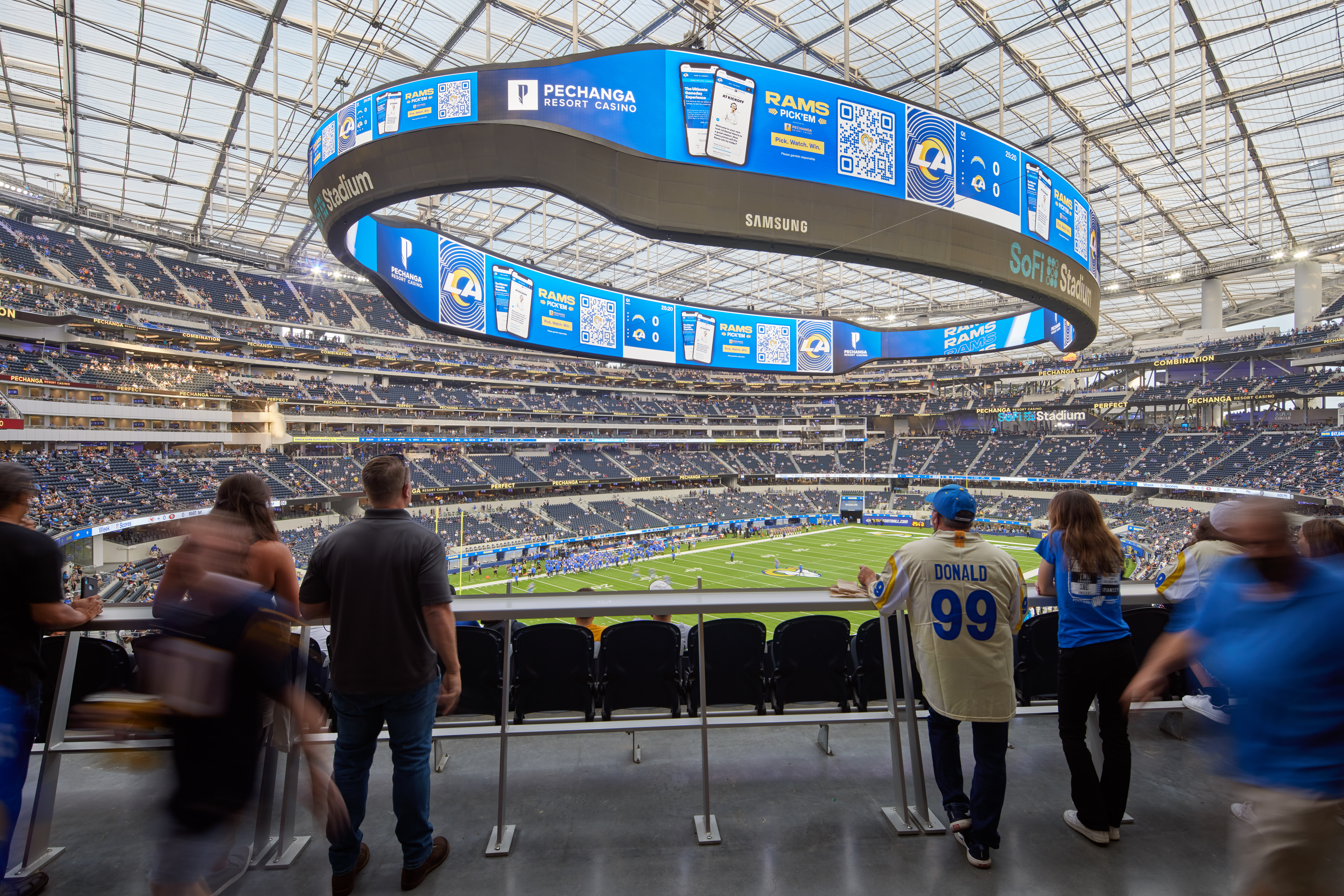 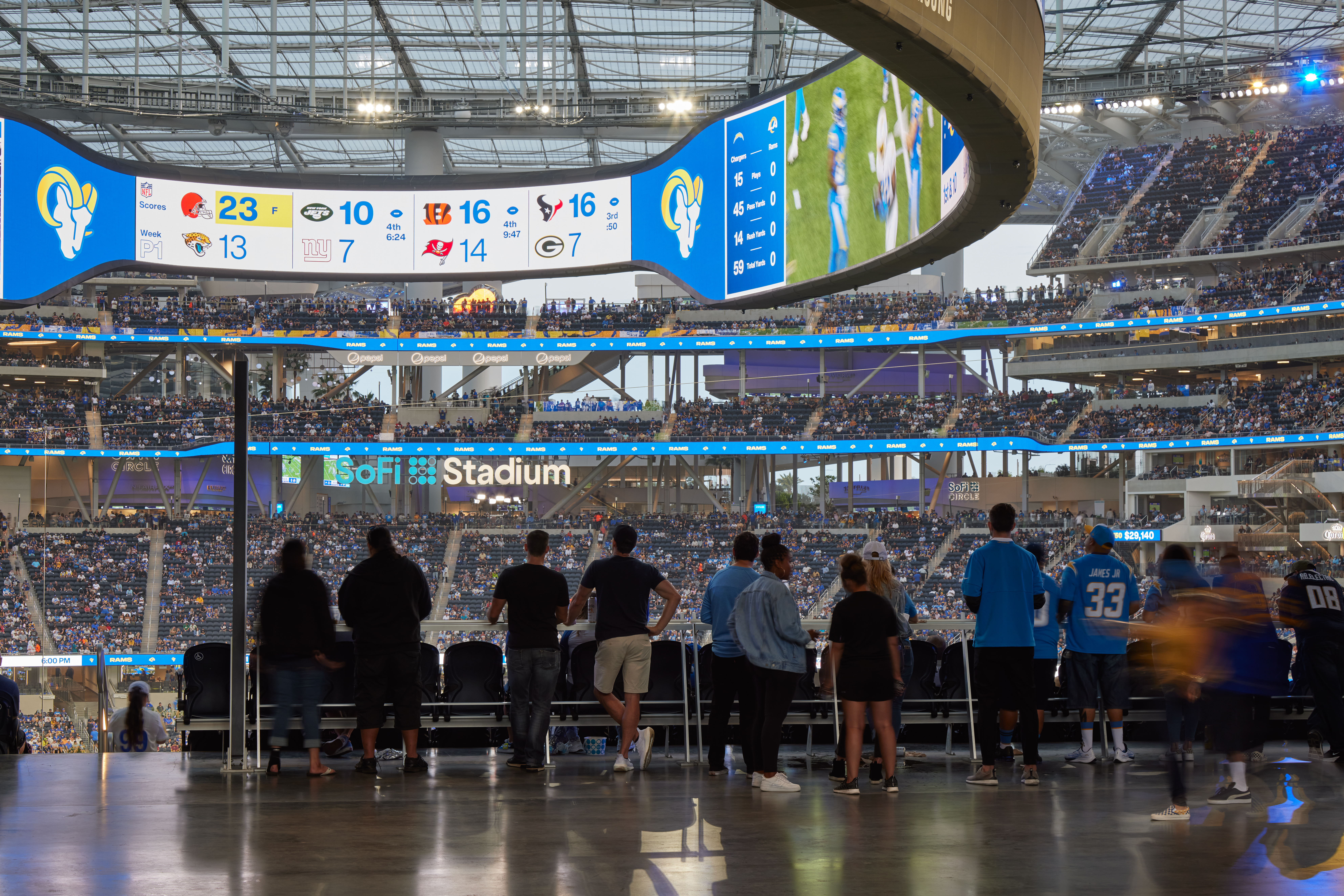 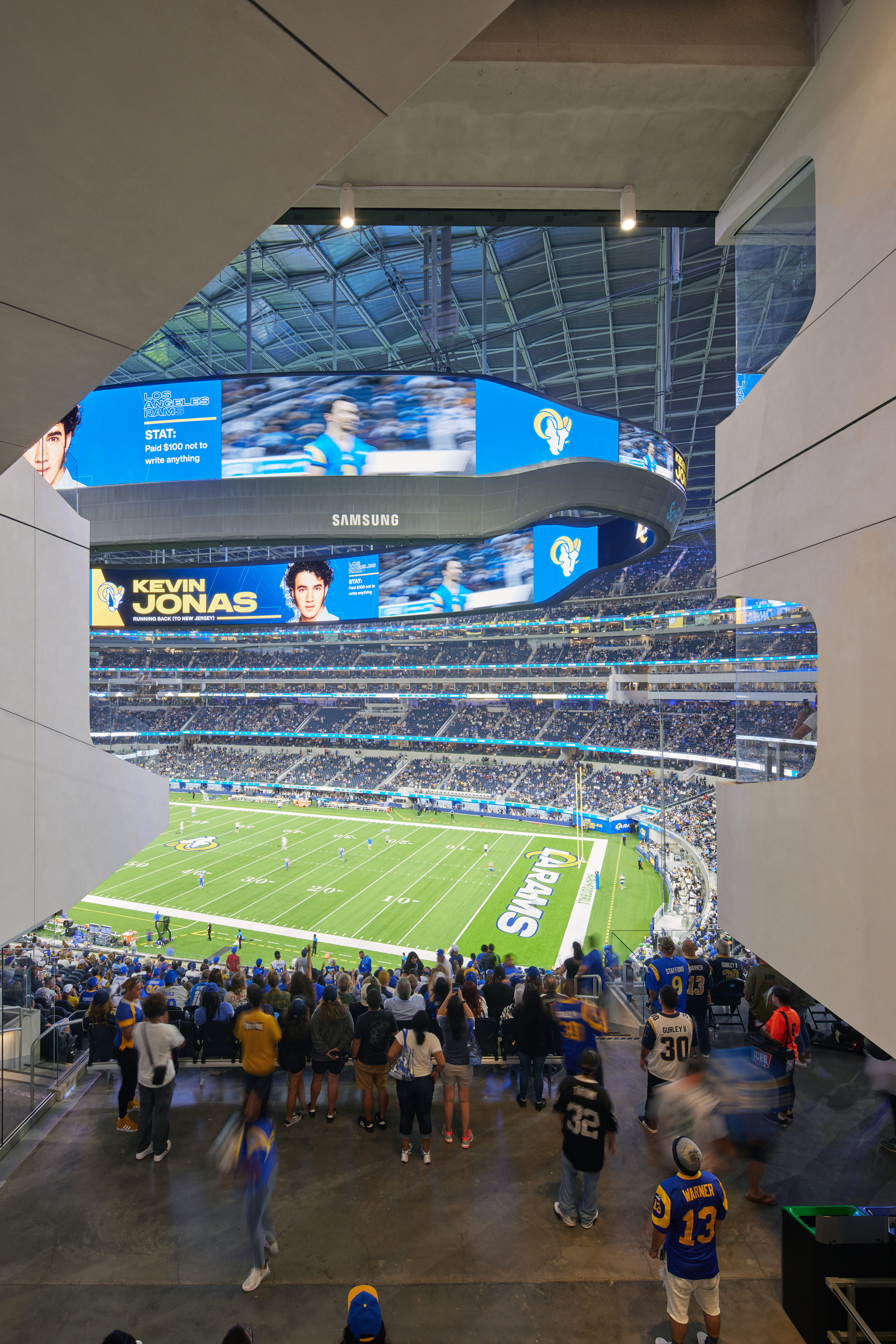 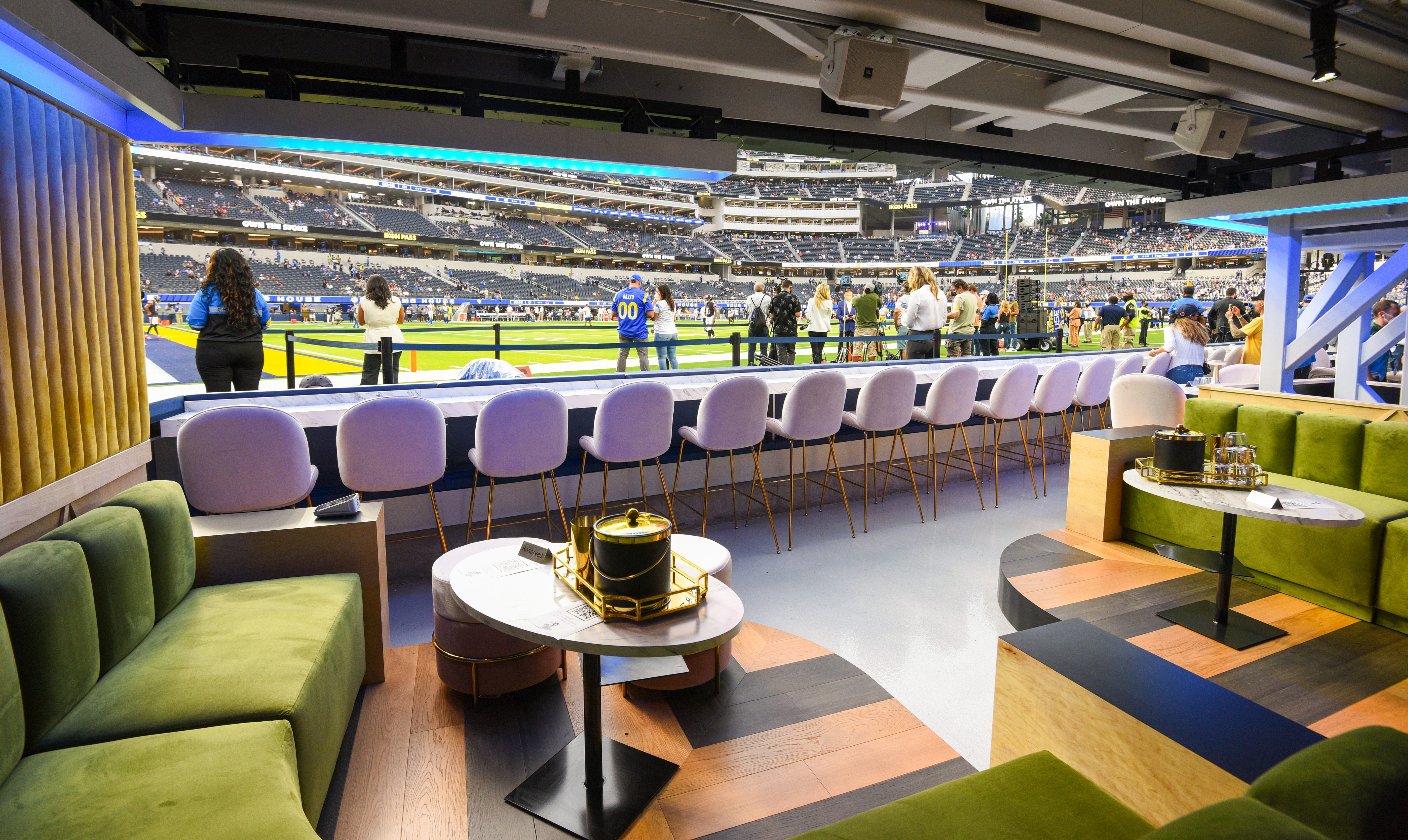