The German playmaker, who refused to take a 12.5 per cent pay cut on his £350,000-per-week wages, resides in a stunning £10million North London home. 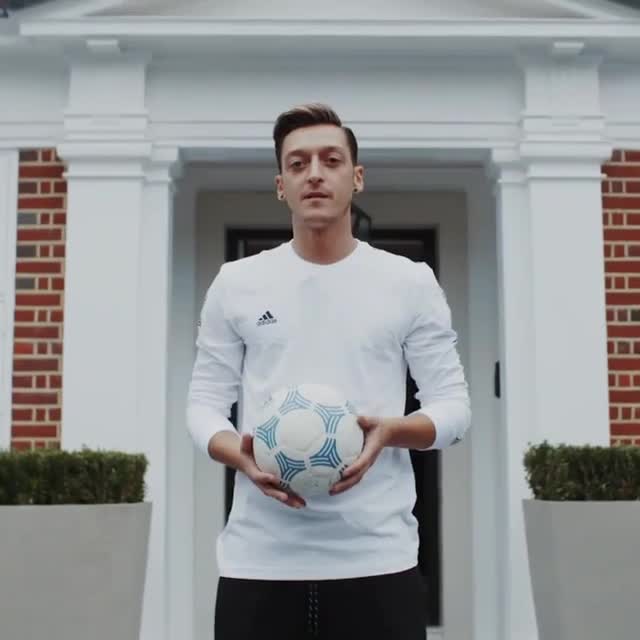 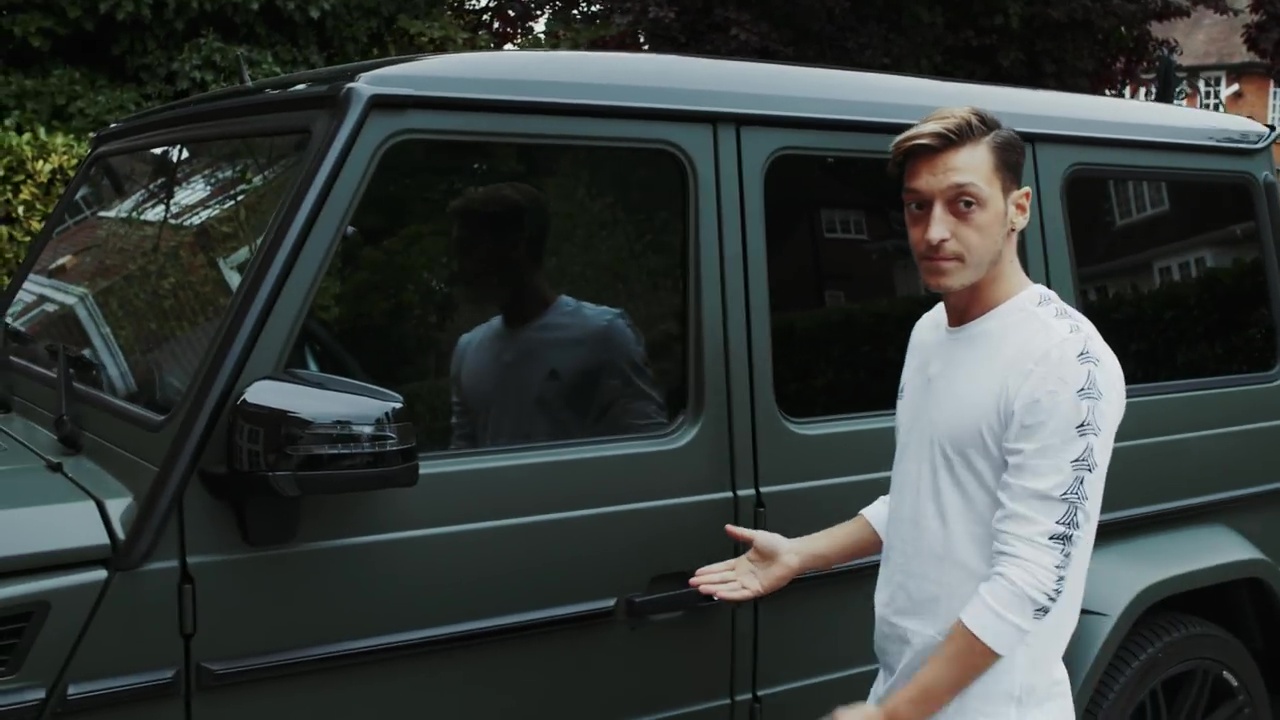 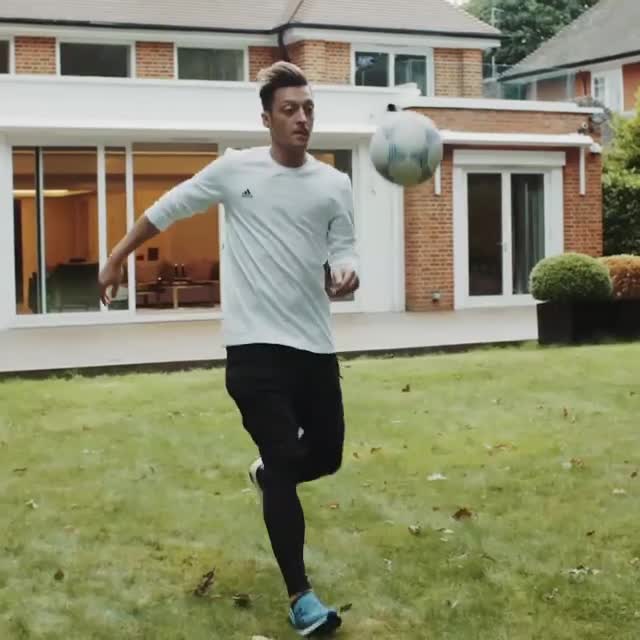 He also commutes to and from the Gunners' London Colney training ground in a range of high-end motors, mostly Mercedes, worth £800,000.

But, despite swimming in riches, he does his bit for charity – paying for operations for sick children, as well as feeding 100,000 homeless people at 16 refugee camps in Turkey and Syria.

Here's just an incite into some of his wealth…

But it wasn't until 2016 that he bought this luxury six-bedroom detached house in an affluent area of North London.

The decor is heavily influenced by Ozil's Turkish background.

In fact, all of the marble in the living room was shipped in from Turkey, while the home was designed by an interior designer friend.

His "favourite room" feels like stepping into a bazaar in Istanbul, and is tastefully decorated.

Overlooking the living room is a bronze-framed painting of Ottoman Sultan, ruler of Istanbul. 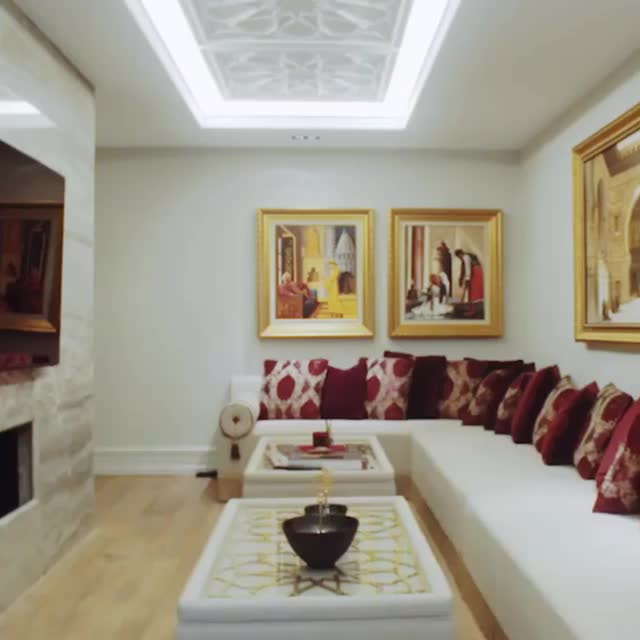 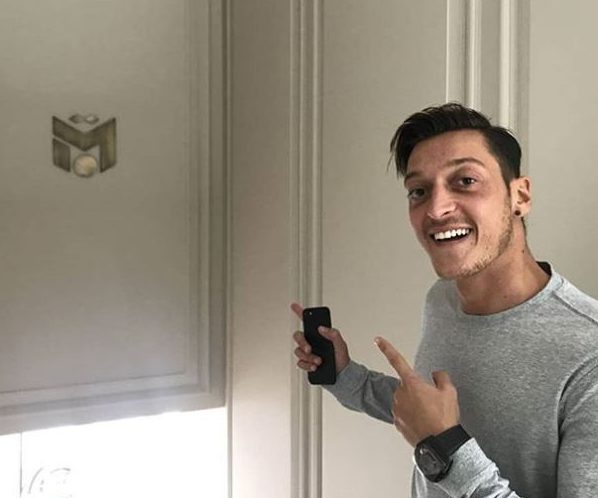 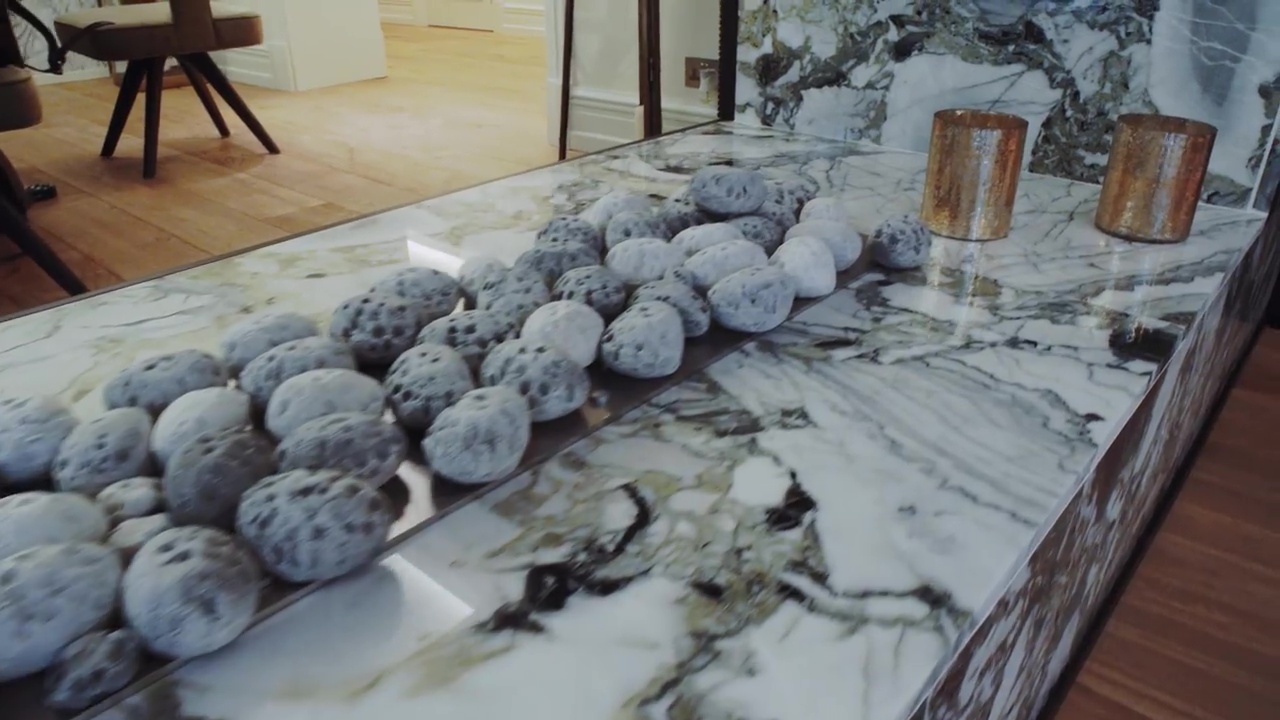 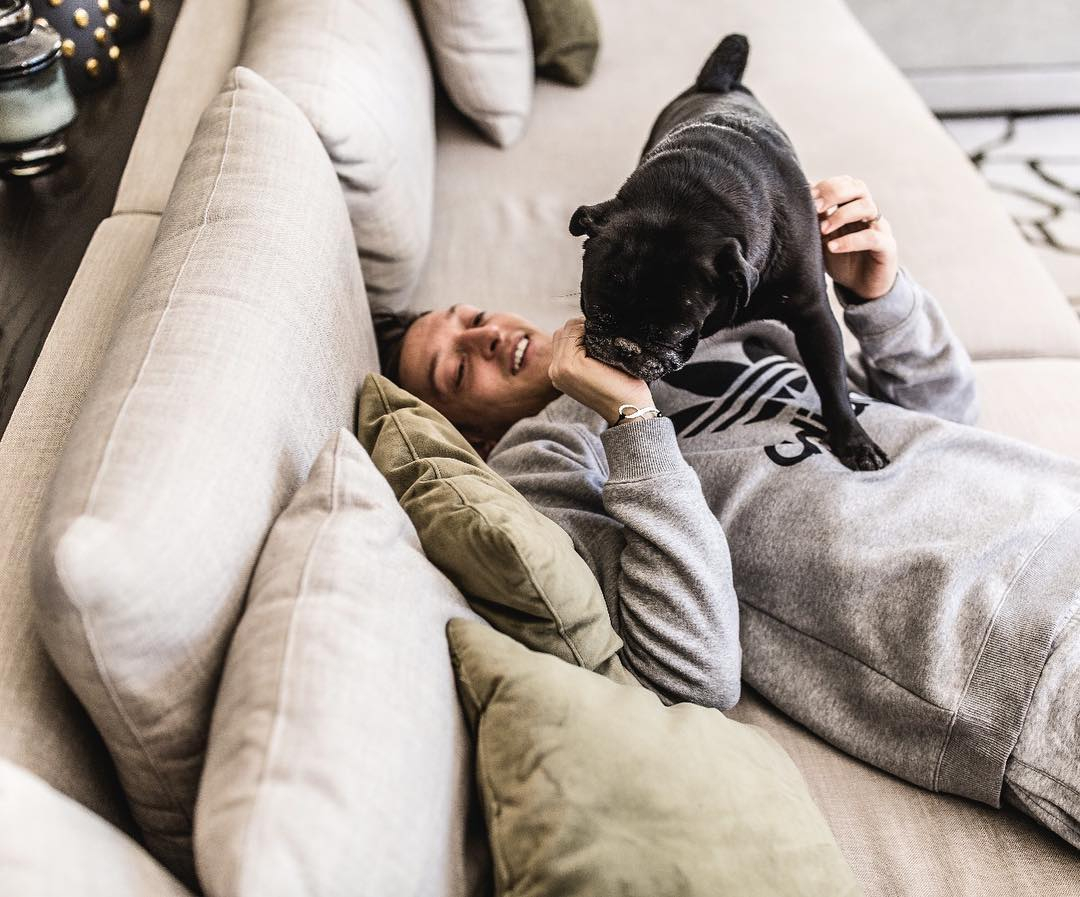 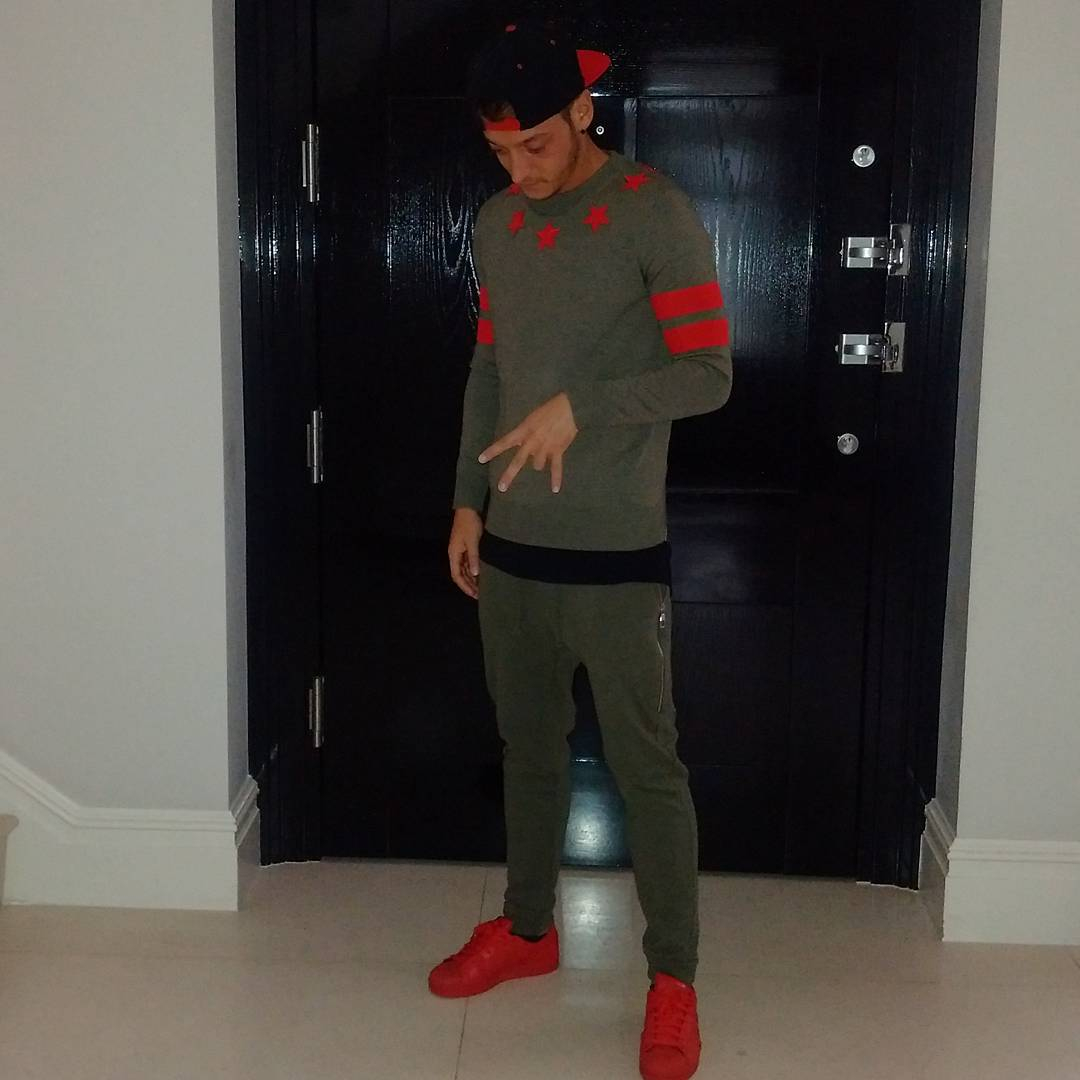 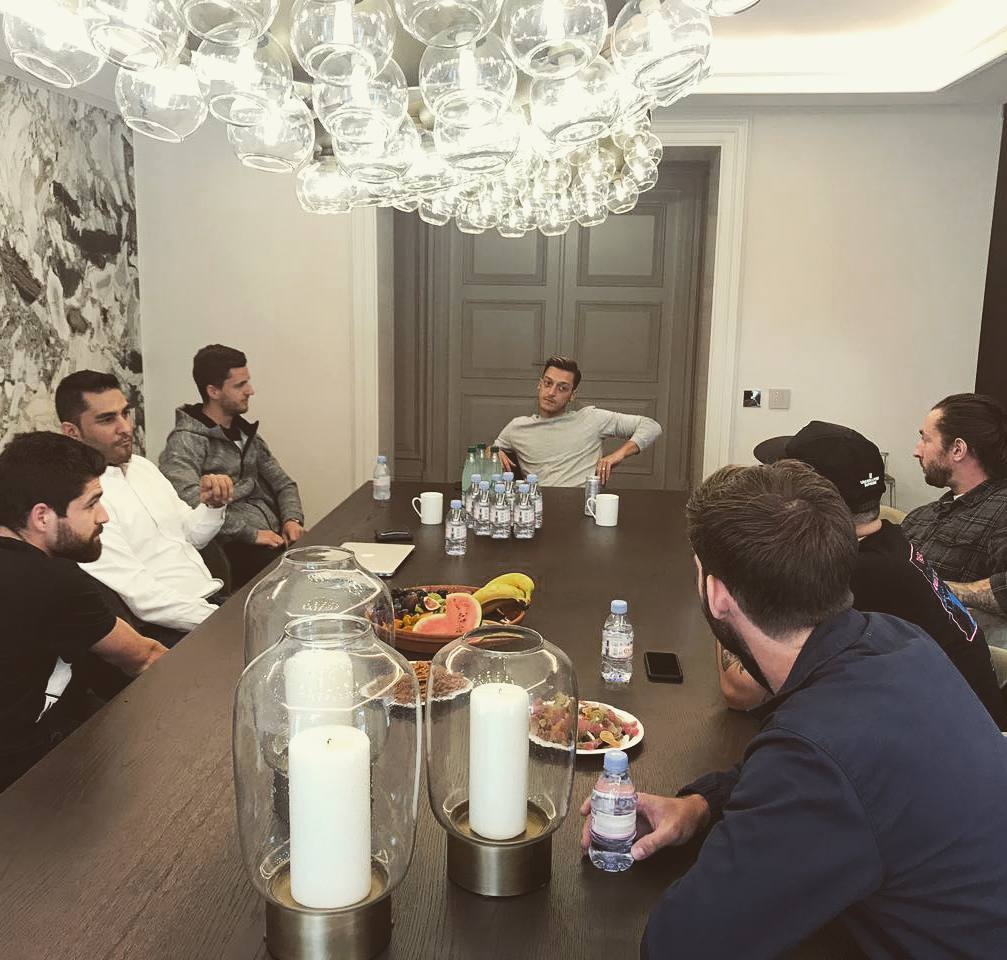 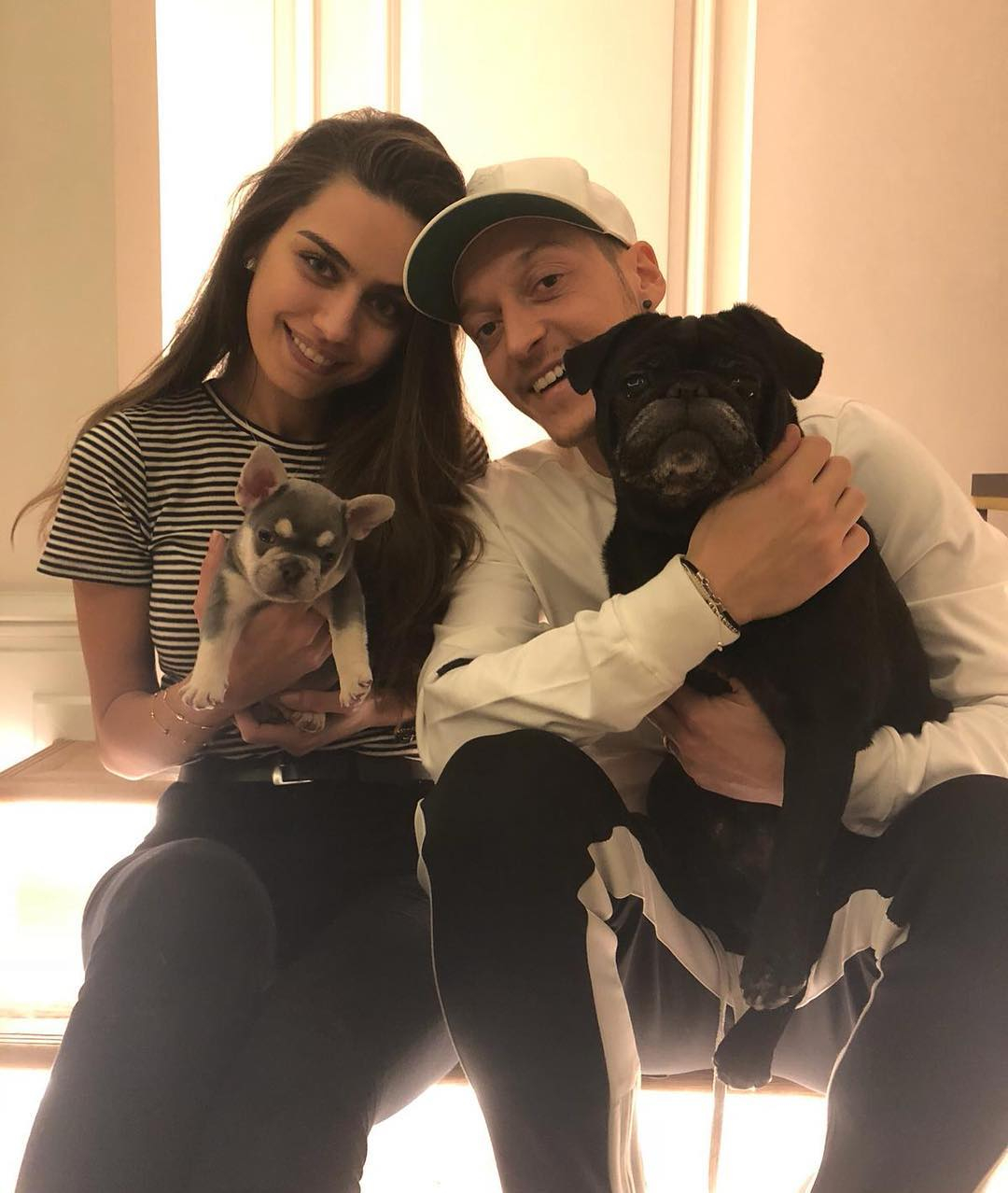 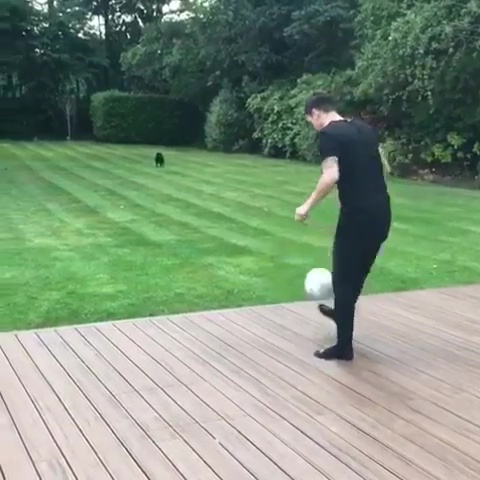 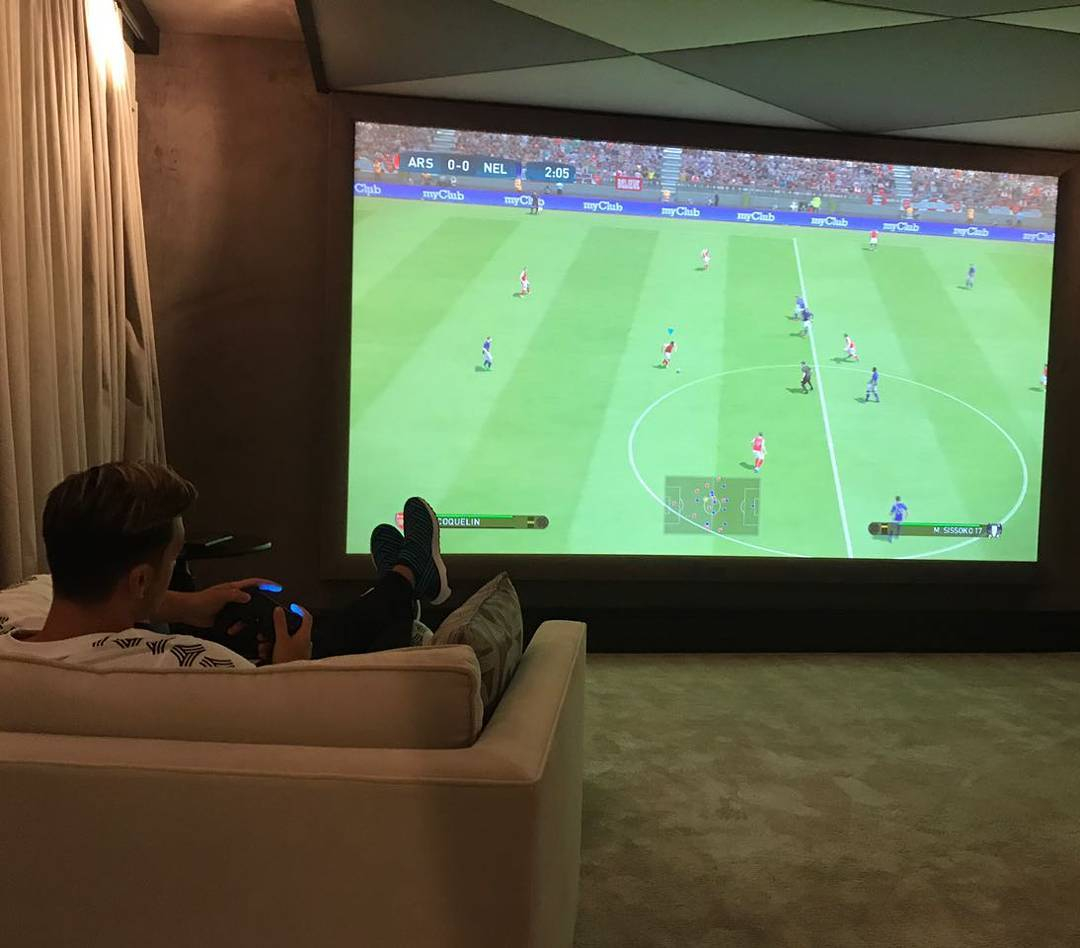 That's a room where Ozil says "we all just chill".

But the most amazing thing we've seen in the house is his brand logo emblazoned on the doors of his home cinema and games room.

In there, he loves to have a quick game of FIFA, as well as cuddle up to wife Amine Gulse and watch a movie.

And they're often joined by Ozil's pug, Balboa who has free reign of the lavish property's garden, while his guardian hones his skills doing some kick-ups.

Raheem Sterling, David Luiz, and Virgil van Dijk are all fans of the SUV that's the rival to the Range Rover and the Lamborghini Urus.

A spacious coupe that can reach 62 mph in just 4.1 seconds, it's sophisticated thanks to its sleek look. 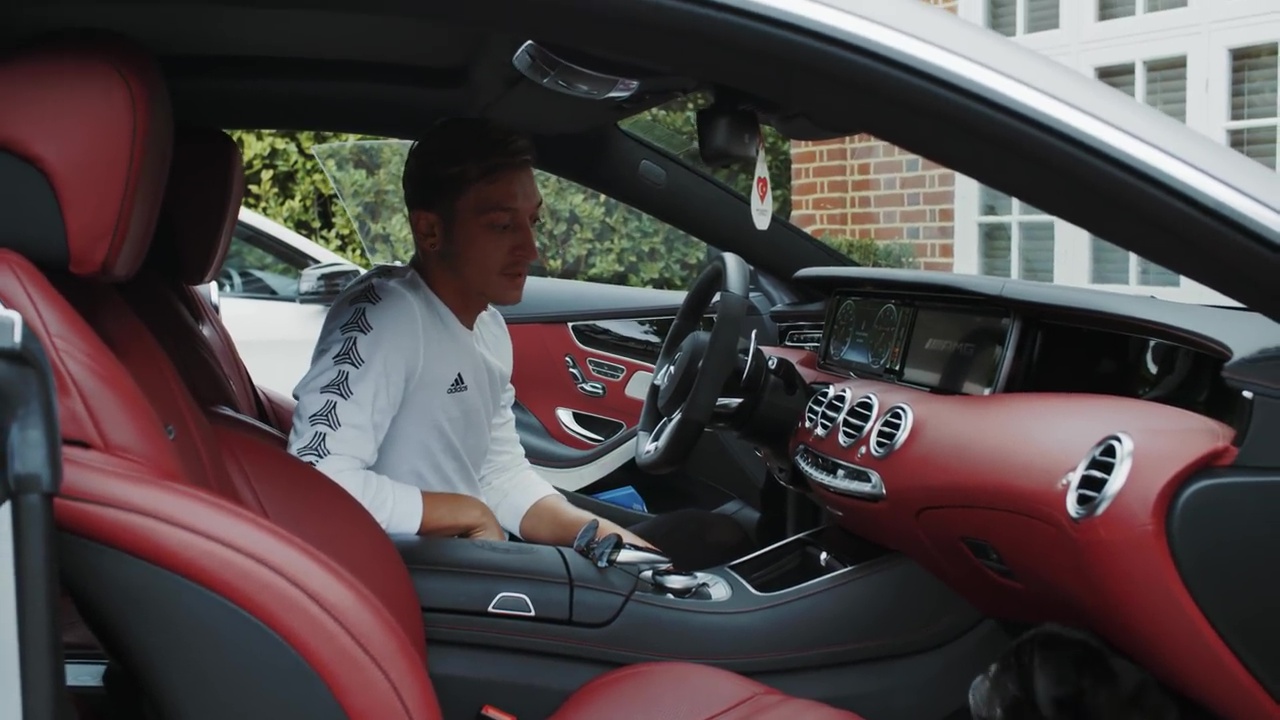 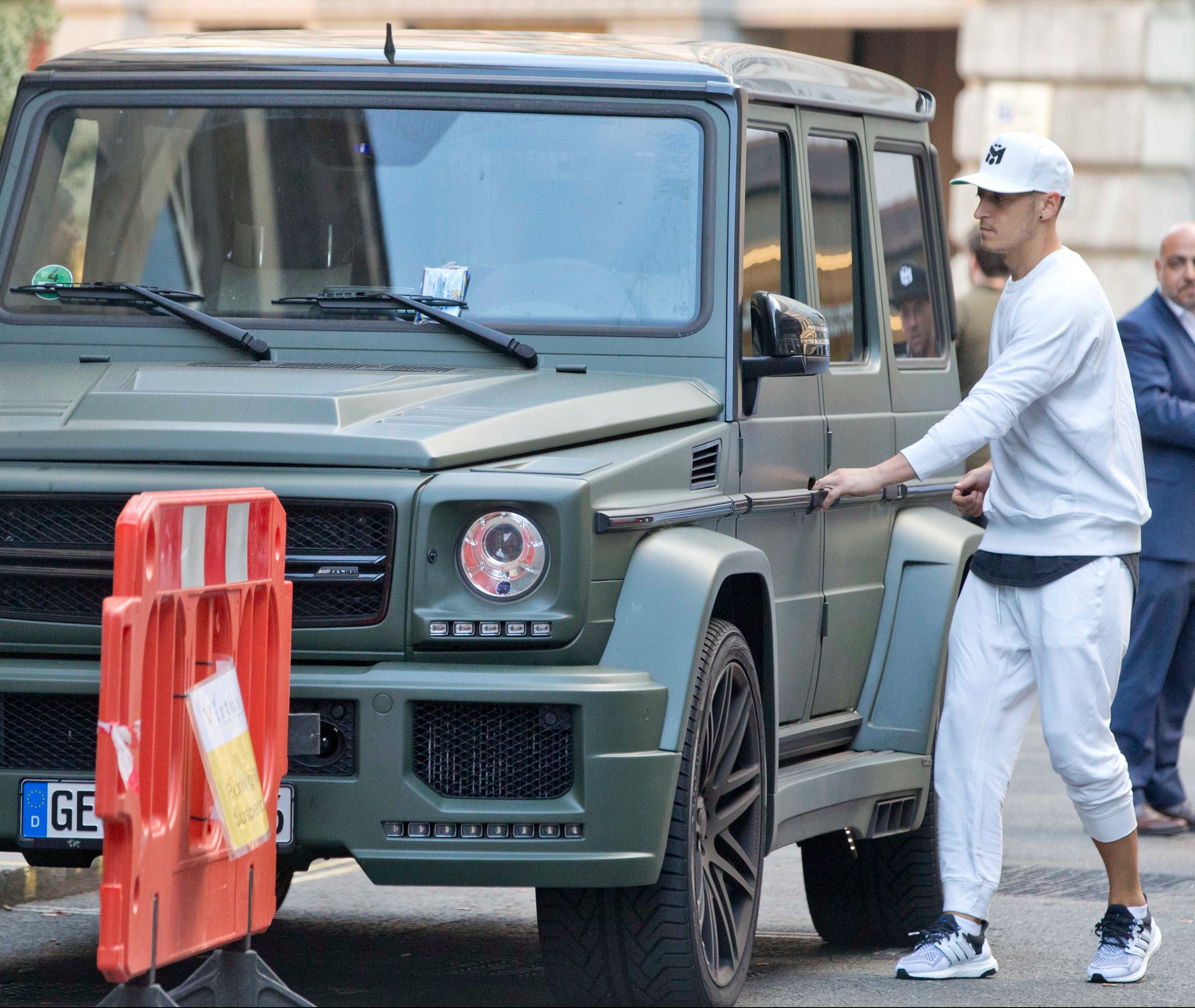 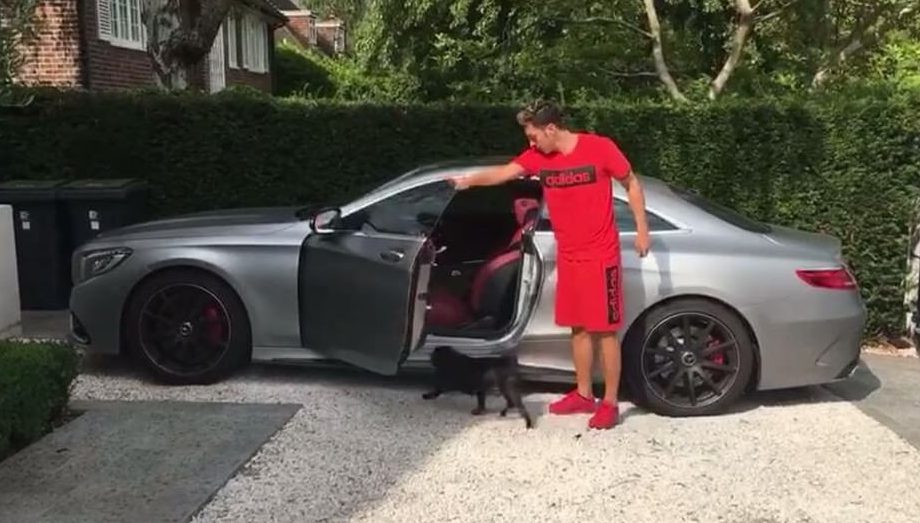 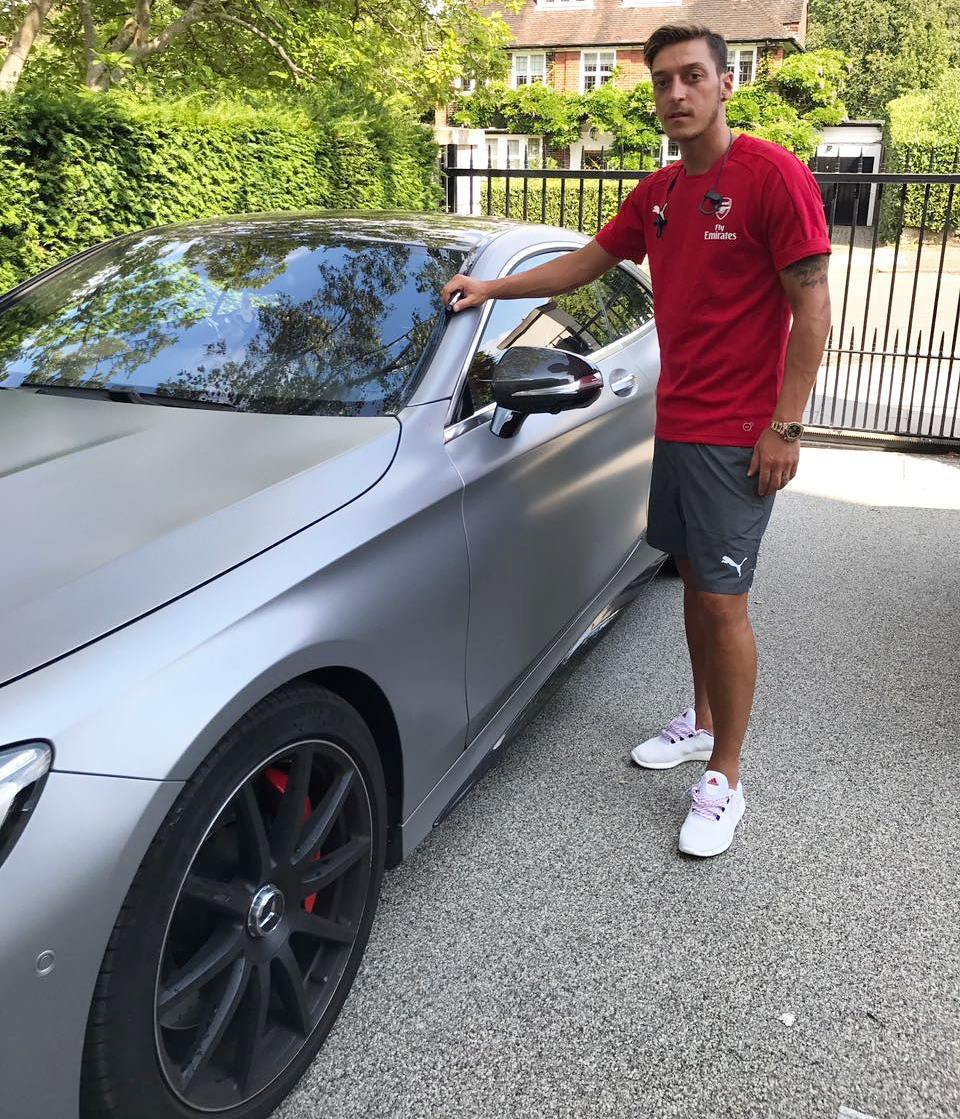 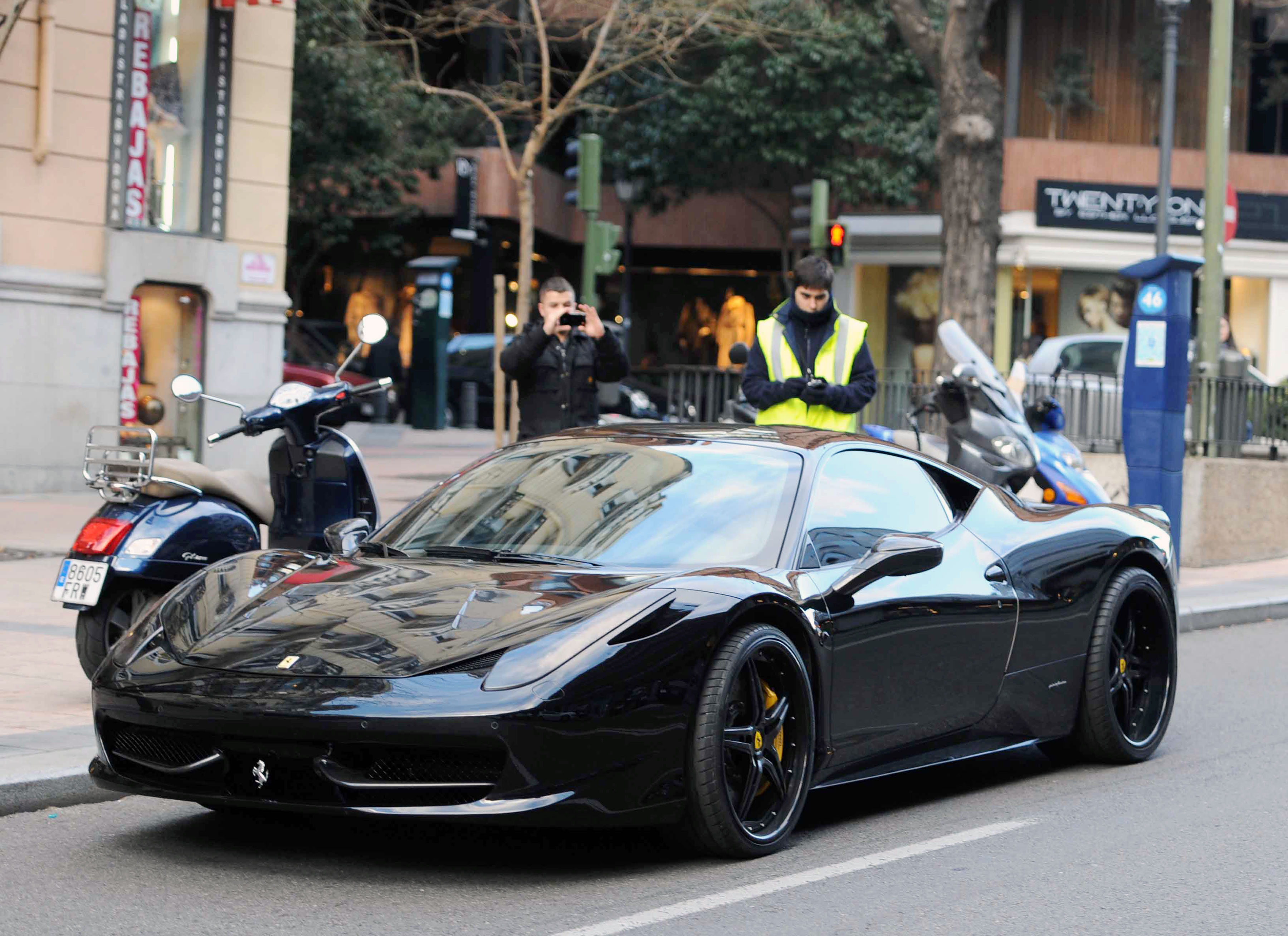 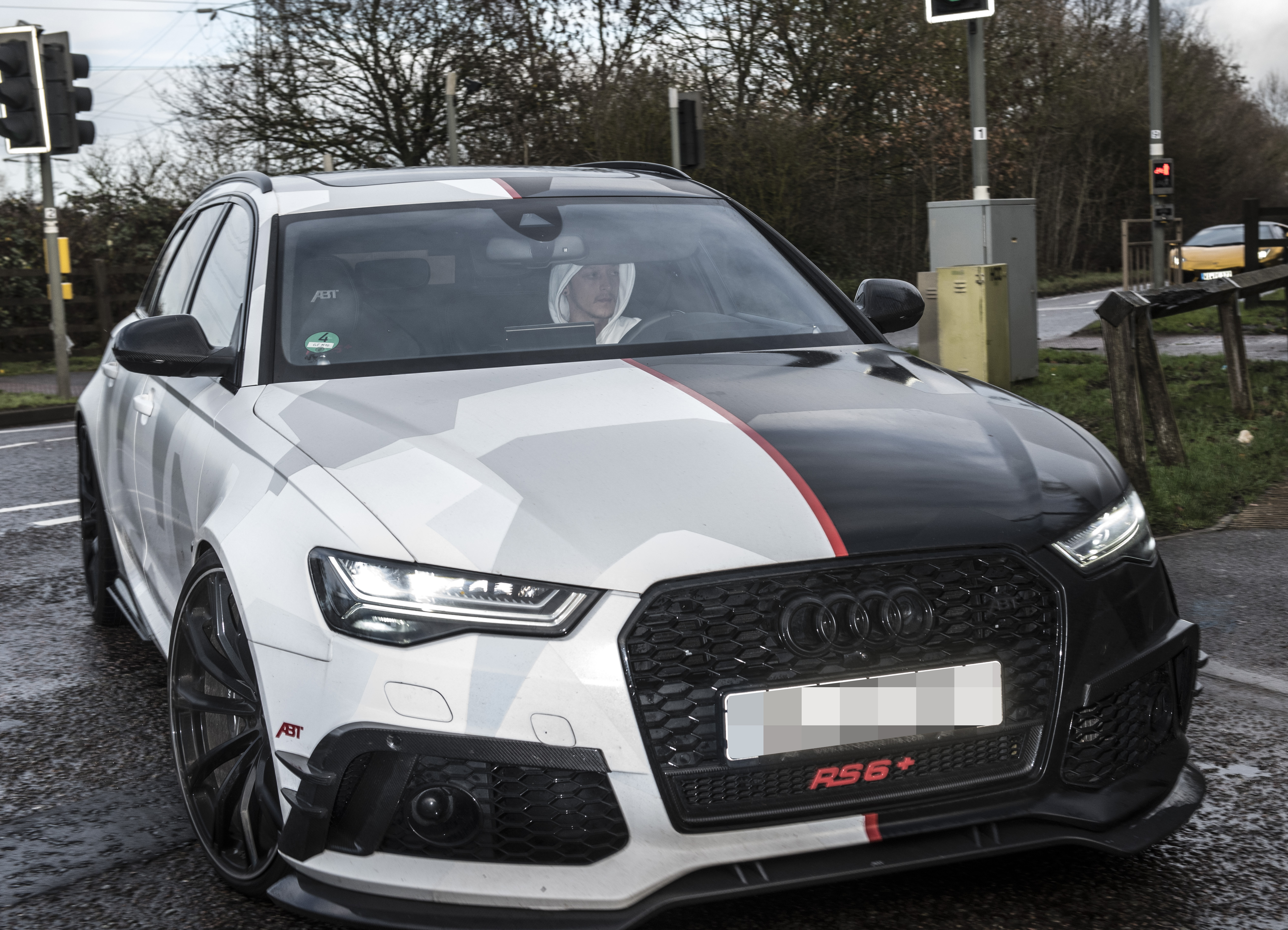 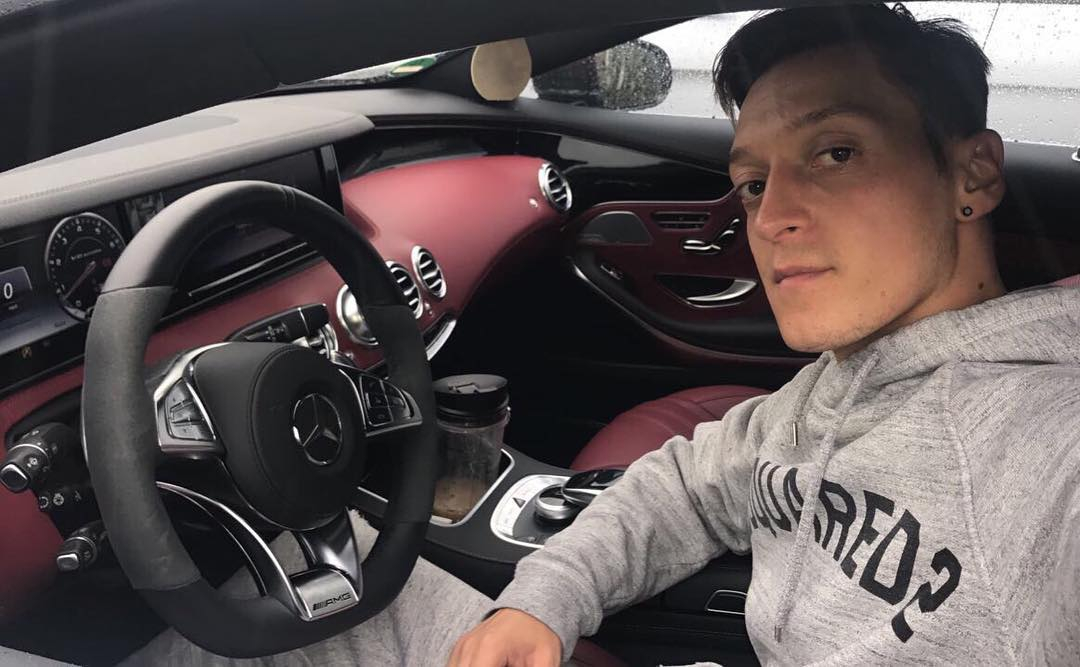 And Balboa certainly approves, hitching a ride with his owner when he can.

Jeremy Clarkson once called it "the greatest car in the world."

Other than complete dedication to his craft, Ozil has another passion… it's collecting trainers and remaining stylish.

The midfielder has a room in his house dedicated to his shoe and accessories collection that's just mega.

A quick glance at his wardrobe reveals around eight pairs of Adidas Yeezy trainers – with a combined worth of around £1,400.

He also boasts some gold-studded Louboutin high-tops – that can cost £865. 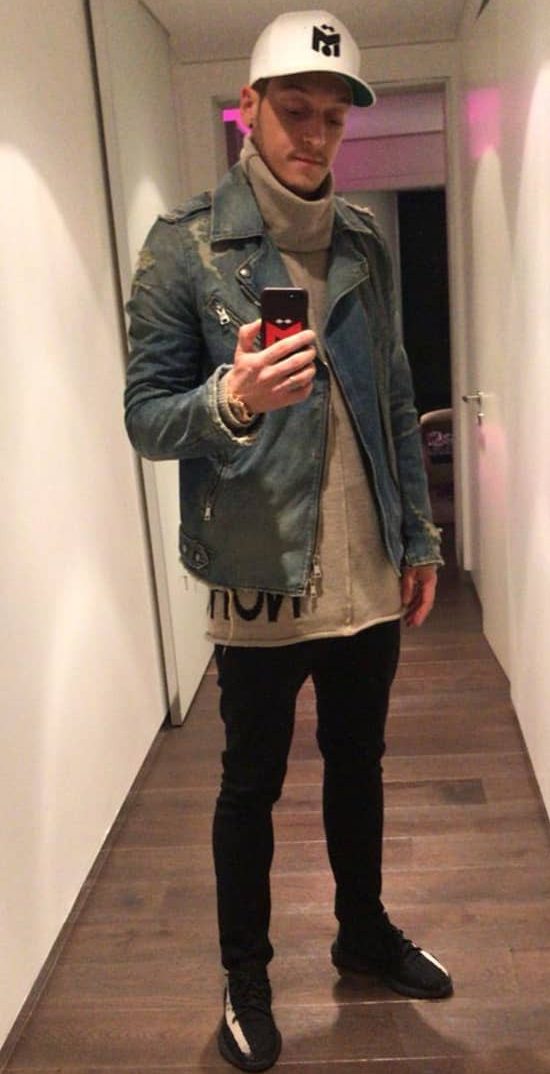 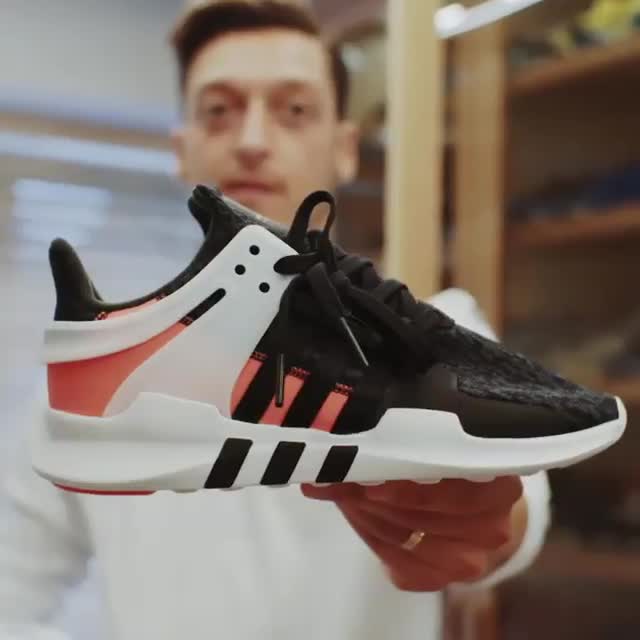 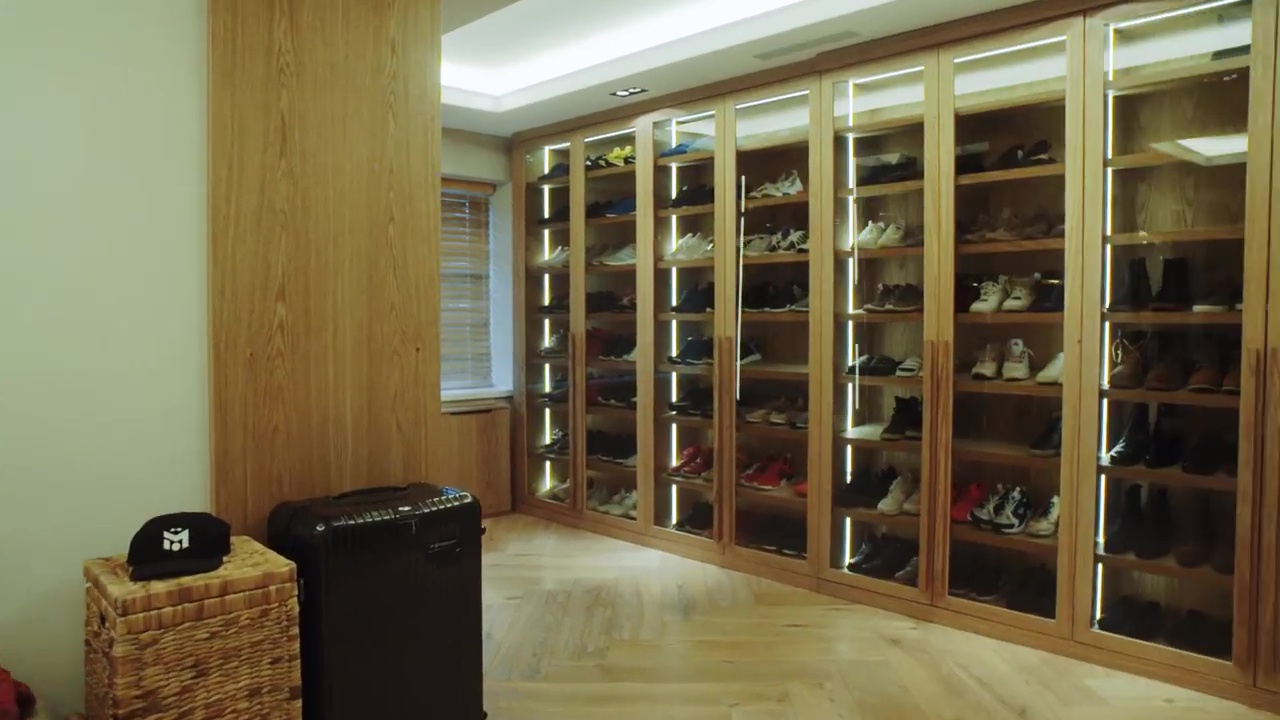 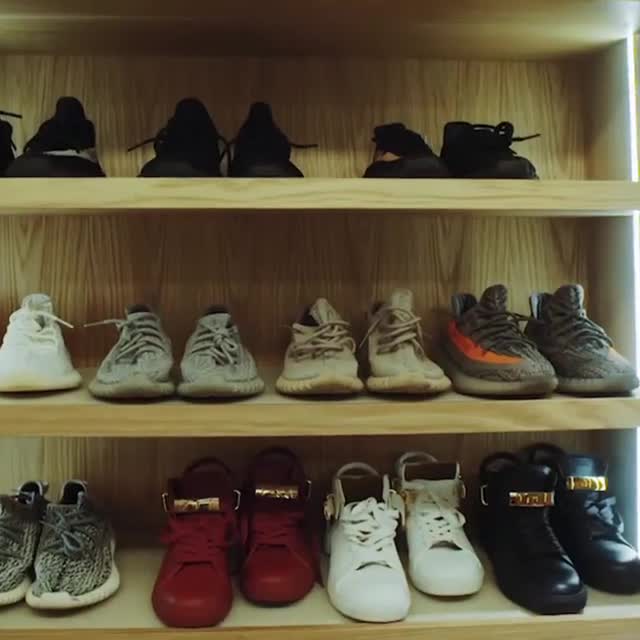 Beats headphones, which were a special collaboration with Balmain, would've set him back £450.

While a leather Hermes belt, a present from his mum, would've cost her around £530.