Moved from its scheduled Detroit venue to an empty WWE Performance Center because of the coronavirus pandemic – the event had an eerie atmosphere owing to the lack of fans. 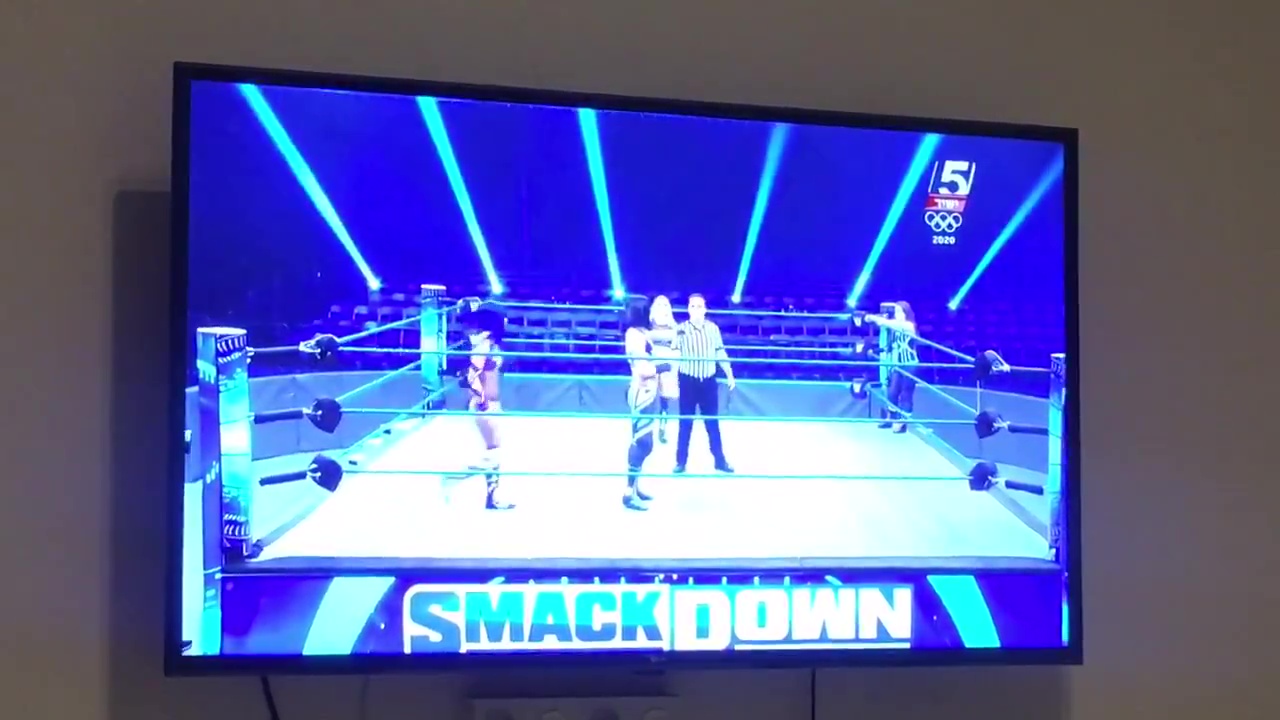 And given the lack of viewers in the arena, instead of carrying matches on as normal during TV advertisement breaks – embarrassing footage shows wrestlers instead stopping altogether.

In a video posted by wrestling writer Sean Ross Sapp, Sasha Banks, Bayley, Alexa Bliss and Nikki Cross can be seen awkwardly walking around the ring without engaging in any confrontation at all.

Despite the weird scene, many fans didn't actually have a problem with the wrestlers not carrying on in front of no crowd.

One wrote: "I mean, work smarter, not harder. I don't have a problem with this."

While another added: "I don't blame them tbh".

And another even referred to it as: "Probably the most fascinating smackdown in a long time."

The tag-team match between the four fighters was aired instead of the billed return of Paige.

It had been promoted that the Brit would confront Women's champ Bayley.

But with Paige, 27, unable to travel due to coronavirus concerns – these plans were swiftly axed.

Despite this, the show went on – with Triple H on hosting duties.

And the 50-year-old also commentated on much of the shown – clearly enjoying himself in the unusual circumstances.

⚠️ Read our Coronavirus in Sport live blog for the latest news, updates and cancellations

As well as Paige, Jeff Hardy was also set to make her return at the event.

And the American DID make it into the ring, defeating Baron Corbin in the process.

John Cena's promo against The Fiend closed out the show.