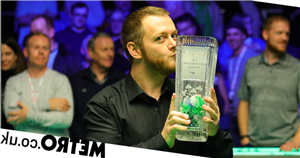 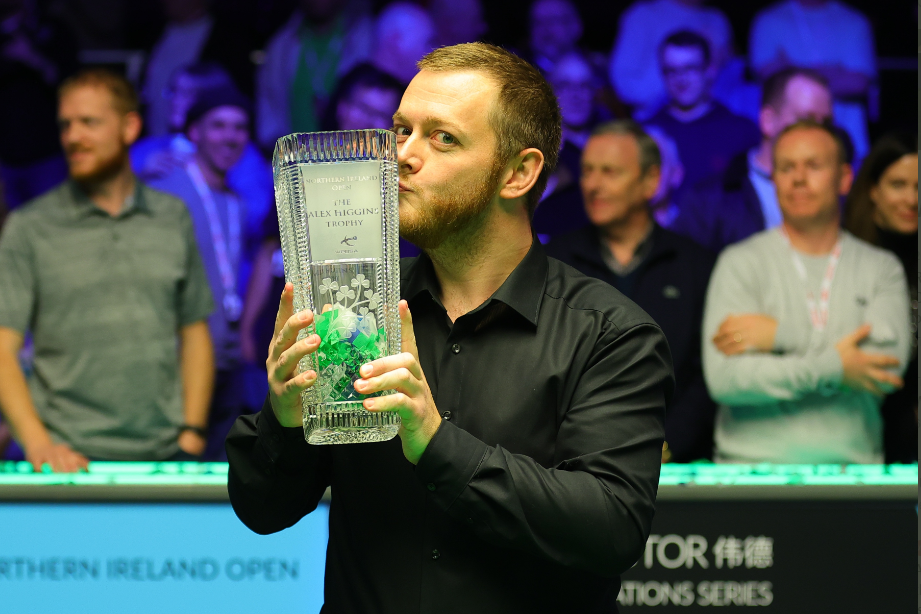 Mark Allen is the form player on the planet at the moment thanks to a number of factors, one of which being the addition of a mental coach to his team this season.

The Pistol defended his Northern Ireland Open title on Sunday, beating Zhou Yuelong 9-4 in the final in Belfast, which follows up his run to the British Open final earlier this month.

He sits top of the one-year ranking list and has risen to number nine in the world rankings thanks to his superb start to the season.

Things had looked very encouraging for the 36-year-old back in August when he revealed he had lost nearly four stone since the World Championship in April, weight loss work which he has continued, now reaching five stone.

He has also revealed that he has brought in sports psychologist Paul Gaffney to help this season, hoping that work on his mind can bring him a crowning moment at the Crucible after a disappointing campaign last time around.

‘It was complete coincidence that a lifelong friend is friendly with him. He knew I was struggling,’ Allen told the Irish Daily Mirror. ‘My season in general was a catalyst for it, I just felt like I didn’t have my best stuff and mentally I was sort of struggling a little bit.

‘If it’s good enough for Ronnie O’Sullivan [who works with Dr Steve Peters] and others then why not give it a go?

‘I know he’s been involved in many different sports so he was the perfect person for me to pick their brain really.

‘He’s been there and done it in a number of different fields and snooker’s a challenge for him which he can add to the CV if he makes me a world champion.’

‘I’ve been trying hard, it’s been tough, a lot harder than I thought it would be but it’s something I’ve been needing to do.’

It has been something of a perfect storm for Allen this season so far, although one he has worked hard to create himself on and off the table.

After personal and legal issues have made snooker success hard to come by over recent years, he is in a much better place now and top results are coming his way.

‘Snooker’s secondary but is very very important to me. It’s not the be all and end all that it maybe was.

‘Last year I remember going out and celebrating [his 2021 Northern Ireland Open win], then on the Tuesday morning receiving a solicitor’s letter that felt like I shouldn’t have won.

‘That’s not what I play the game for, I want to enjoy those moments. 12 months on I’m in a completely different place in my private life and I think that’s feeding into my snooker.

Allen is back in action at the Champion of Champions next week, taking on Joe Perry on Wednesday 2 November.