LIVERPOOL would still dominate the Premier League if VAR had not been introduced but plenty of other clubs would have seen a change in their fortunes.

Manchester City would leapfrog Leicester and Chelsea to go second, with the gap between them and Liverpool dropping from nine to seven points. 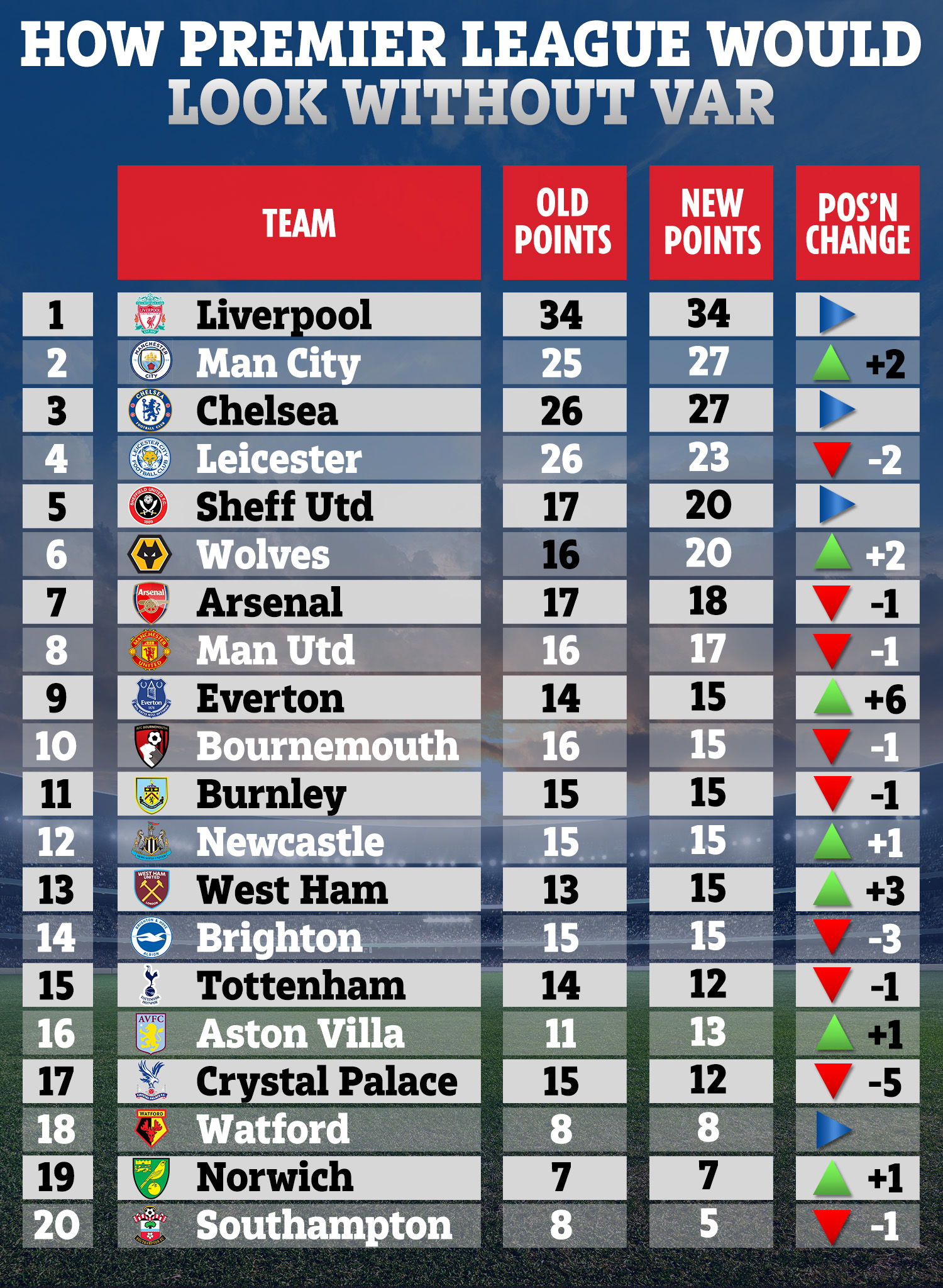 Pep Guardiola's side had a late winner ruled out in their draw with Tottenham after the video ref penalised Aymeric Laporte for handball.

The Foxes have had four VAR decision go in their favour and as a result drop to fourth – remaining in the Champions League places.

Chelsea stay third but with an extra point as Mason Mount had a goal ruled out for offside in a 2-1 defeat by Liverpool.

Wolves would have beaten Leicester and Southampton without the new system and rise two places to sixth in the adjusted table, based on research from bettingexpert.

But it is bad news for Arsenal and Manchester United, who both gain a point but fall in the standings.

Everton are the biggest beneficiaries – shooting from 15th to ninth, while Southampton fall to the bottom of the table with just five points.

VAR has come under increasing fire this season with a number of decisions potentially affecting the outcome of games being questioned.

But Neil Swarbrick – in charge of introducing the technology for the PGMOL –  and refs chief Mike Riley have incredibly claimed they are happy with how things are going.