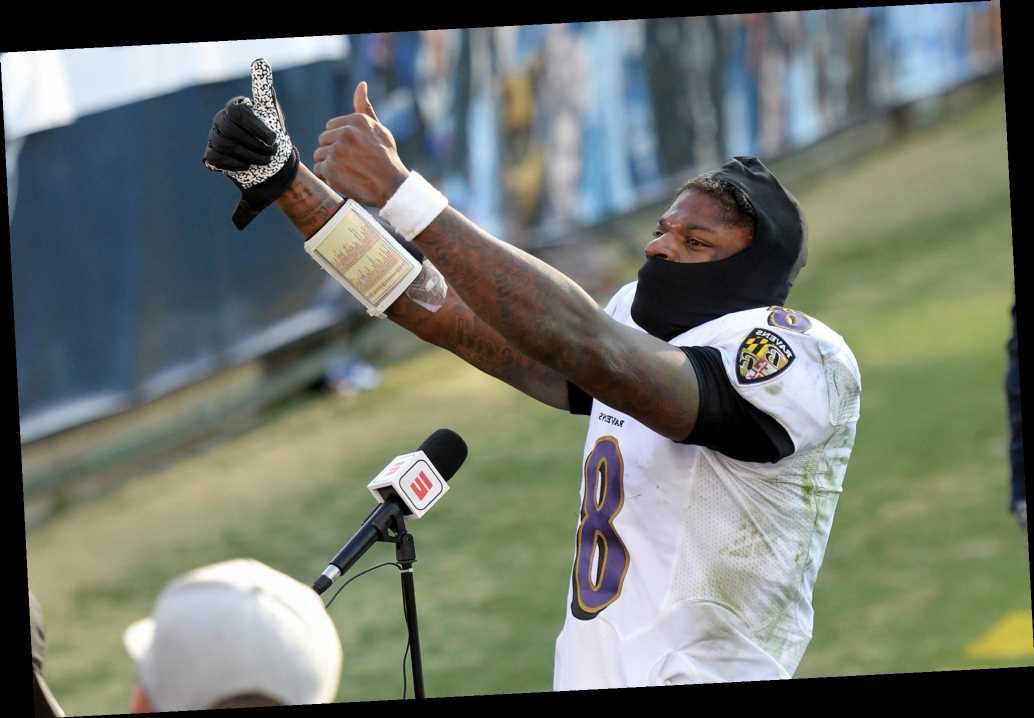 Giants finally got it right with Joe Judge

Adam Gase was a Jets mistake from the start

It was two games, for goodness sake.

Yet Lamar Jackson, in only his third NFL season, already was being labeled a postseason failure, disappointment, choker, (insert your own derogatory armchair-quarterback analysis).

That Jackson is the reigning NFL MVP and the fact that the Ravens had a 30-7 record with him at quarterback entering Sunday’s AFC wild-card playoff game against the Titans in Nashville, didn’t seem to supersede the fact that Jackson was 0-2 in the playoffs.

Because nothing was going to change that narrative until he led the Ravens to a playoff victory.

So, Jackson did that on Sunday, quarterbacking the Ravens to a gritty 20-13 victory over the Titans, who’d handed him and his team their most recent playoff loss, a year ago almost to the day.

And it was the way this game unfolded that should make up for both of Jackson’s playoff losses, because this one didn’t look very good for him and the Titans early, trailing 10-0.

Jackson probably didn’t know at the time that the Ravens were the only NFL team in the past four years that hadn’t overcome a deficit of 10 or more points to win.

No matter. After a sluggish start, he completed 17 of 24 passes for 179 yards and rushed for 136 yards, including a dynamic 48-yard TD run that tied the game at 10-10 at a time when the Ravens offense was scuffling.

“That’s one of the best runs I’ve ever seen,’’ Ravens coach John Harbaugh said of Jackson’s scramble under pass-rush duress on a third-and-9 play in the second quarter. “It’s the best run I’ve ever seen by a quarterback. Just a phenomenal play. It just got us back in the game. We needed points at that point.’’

It tied the game at 10-10 after a Jackson interception had gifted the Titans a field goal and a 10-0 lead a short time earlier, an underthrown pass that had Jackson infuriated, even after the victory.

When it was finally over, the Ravens having clinched their first playoff win in six years, Jackson was handed the game ball in the locker room by Harbaugh and mobbed by his teammates in a jubilant celebration.

“All of the criticism he’s been getting is just unfair, and for him to play the way he did and get this win, I think it’s going to silence a lot of doubters,’’ Ravens 300-pound fullback Patrick Picard said.

“I’m happy for myself, but I’m almost more happy for Lamar,’’ Ravens cornerback Marlon Humphrey said. “It sucks to be in his position at times that when you lose, it’s all his fault. It’s nobody else’s fault. It’s always Lamar’s fault. I know it’s a team game, but it seems like whenever it’s a loss, it’s always just his fault.’’

“Personally, I don’t think he’s ever played bad in the playoffs,’’ Brown said.

Harbaugh said “there was a lot of attention’’ on Jackson’s two playoff losses, adding, “That’s how it works. We understand the nature of it. But it’s a team game. It’s something that he won’t have to talk about in the future, and that’s a meaningful thing.”

So, Jackson now takes his team to next week’s divisional round with a chance to advance to the AFC Championship game.

“I’m super proud of him — just to get that monkey off his back,’’ Ravens receiver Marquise Brown said. “Now, we can just try to build on it and keep going.”