PREMIER LEAGUE clubs will be playing in front of fans in just a WEEK'S time, the government has announced.

Once lockdown comes to an end on December 2, supporters will be allowed to return to stadiums at capacities of up to 4,000. 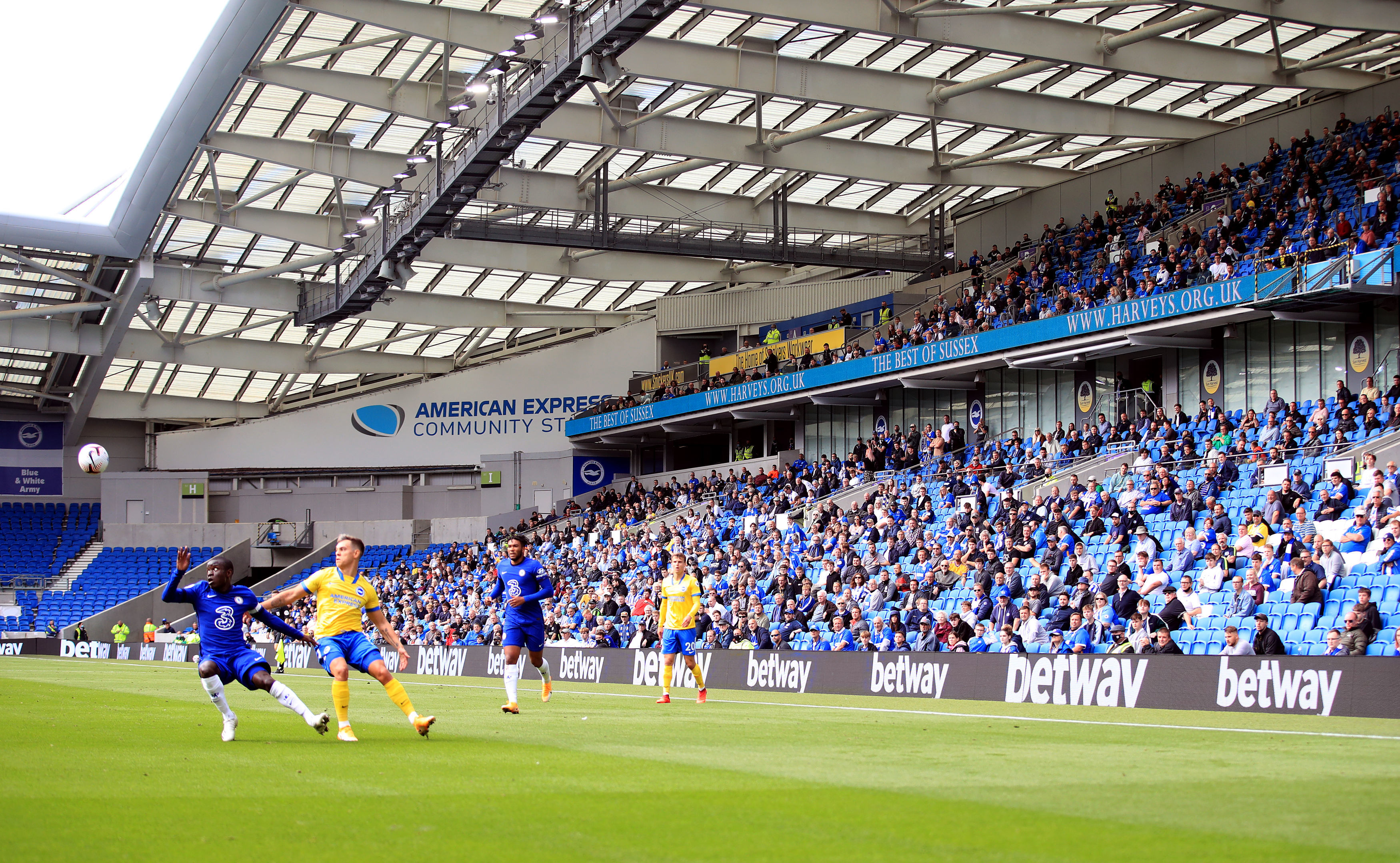 However, this will depend on which tier of Covid restrictions their local area is allocated.

How will the new system work? 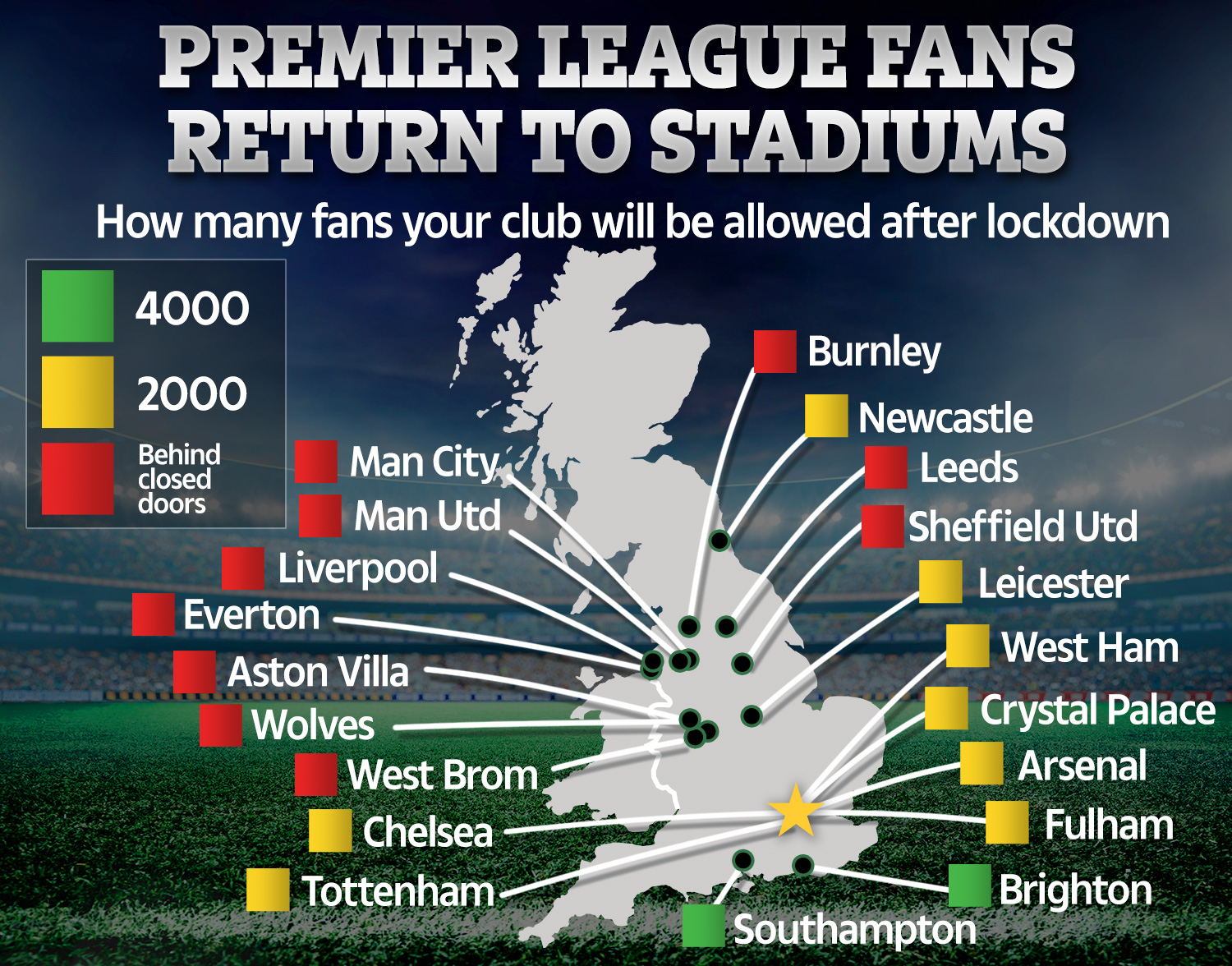 Which clubs will be in Tier 1? 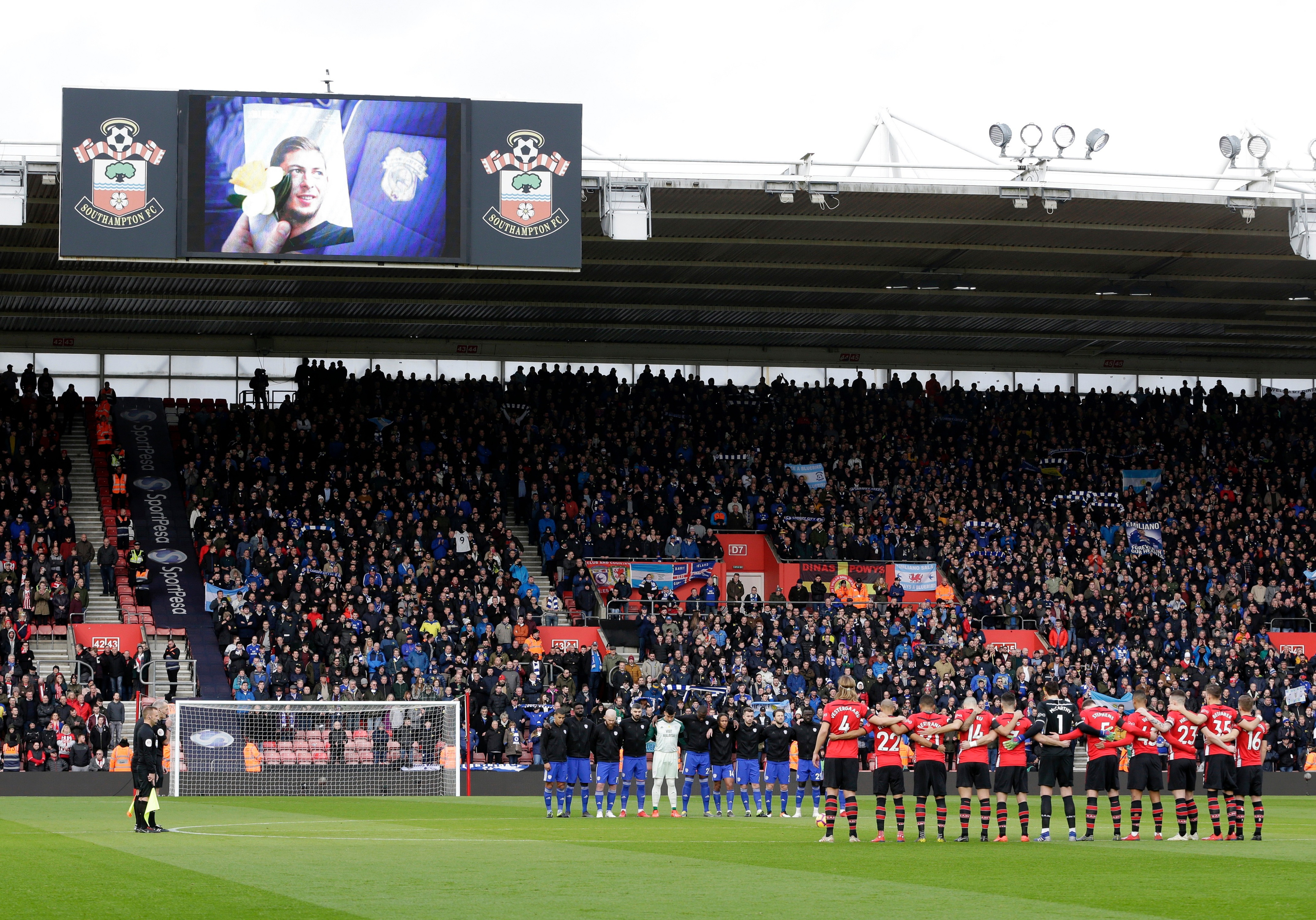 Based on the pre-lockdown tier system, only two clubs would be allowed to play in front of four thousand fans.

They are Brighton and Southampton.

However, the new tiers will be announced on Thursday, November 26.

Which clubs will be in Tier 2? 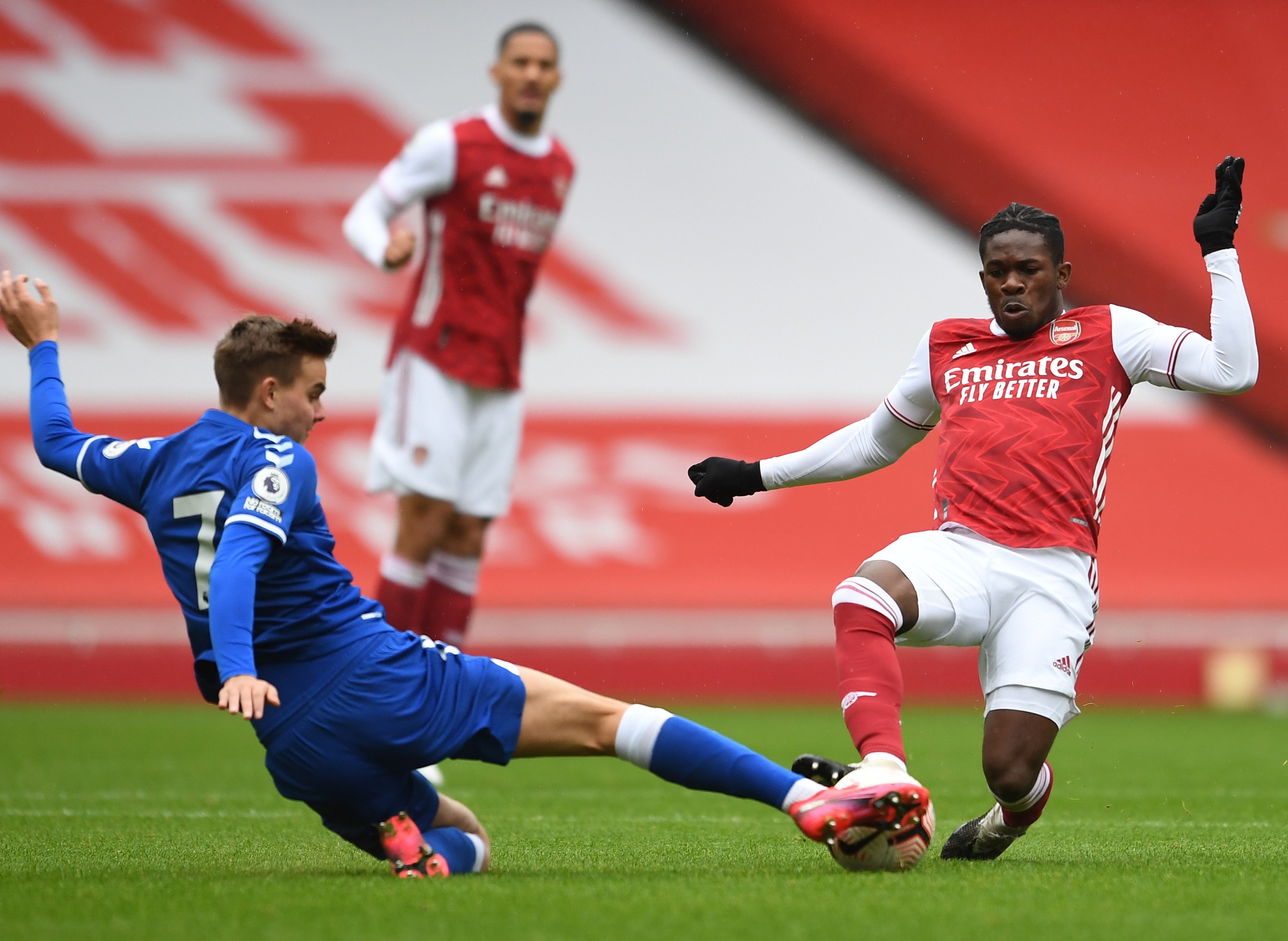 London is expected to remain in Tier 2 when lockdown ends.

That would mean Chelsea, Arsenal, Tottenham, Fulham, Crystal Palace and West Ham all being allowed to host supporters but at a capacity of just two thousand.

Leicester, which lived under the most severe restrictions in the country in summer, was also designated Tier 2 before lockdown meaning it should be able to host two thousand fans.

Newcastle was seen as being at risk of moving to Tier 3 before lockdown but strong resistance from local leaders meant no decision had been made at the time.

Which clubs will be in Tier 3? 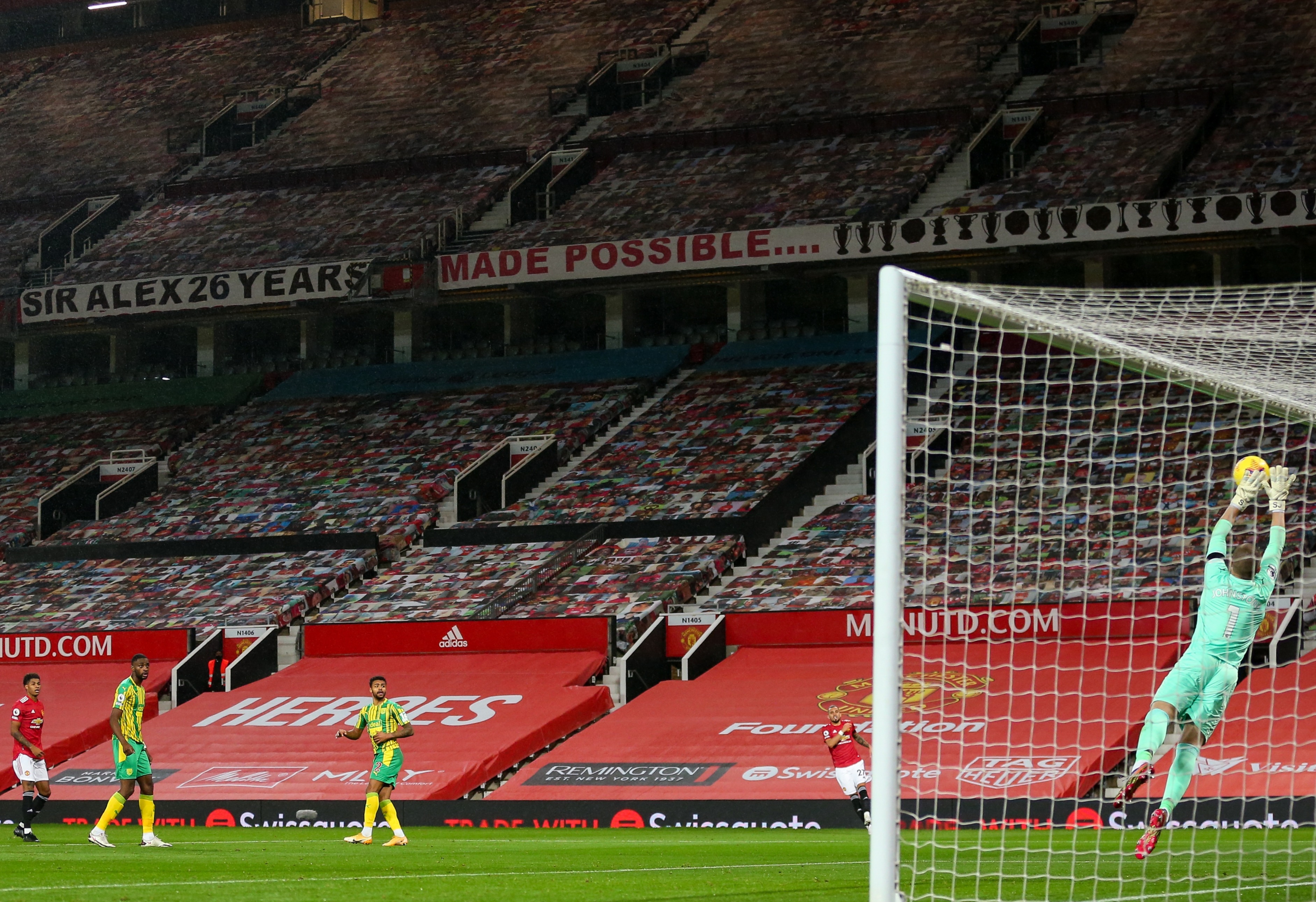 Liverpool, Everton, Man City, Man Utd, Burnley, Leeds and Sheffield United were all in Tier 3 areas before lockdown and will be banned from hosting fans if their tier remains unchanged.

However, Liverpool's infection rate in the past week has dropped to just 187 per 100,000, giving hope that the city could be placed in Tier 2, allowing Jurgen Klopp and Carlo Ancelotti's teams to play in front of two thousand supporters.

Birmingham and the West Midlands were in Tier 2 before lockdown however the council was in discussions about a move to Tier 3, which had been described as "inevitable".

Should these areas be placed in Tier 3, Aston Villa, Wolves and West Brom will all have to continue playing behind closed doors.

Can I attend if I live in a higher tier than my team?

People in Tier 1 and 2 will be allowed to move freely between their respective areas, meaning there should be no reason why a fan in Tier 2 would be prevented from watching a game in Tier 1.

However government guidance says people in Tier 3 should not leave their local areas – thought this is a recommendation and not legally enforceable.

It has yet to be confirmed whether clubs themselves will enforce a ban on Tier 3 in order to comply with the guidance.

Will I have to wear a mask to attend?

SunSport understands that masks will be required to enter and leave stadiums and while accessing concourses.

However they will NOT be required when seated.

What other rules will be in place?

Contrary to some reports, singing will not be banned at stadiums in England.

But fans will have to sign up to a charter forbidding them from doing other things such as touching those outside their household bubble.