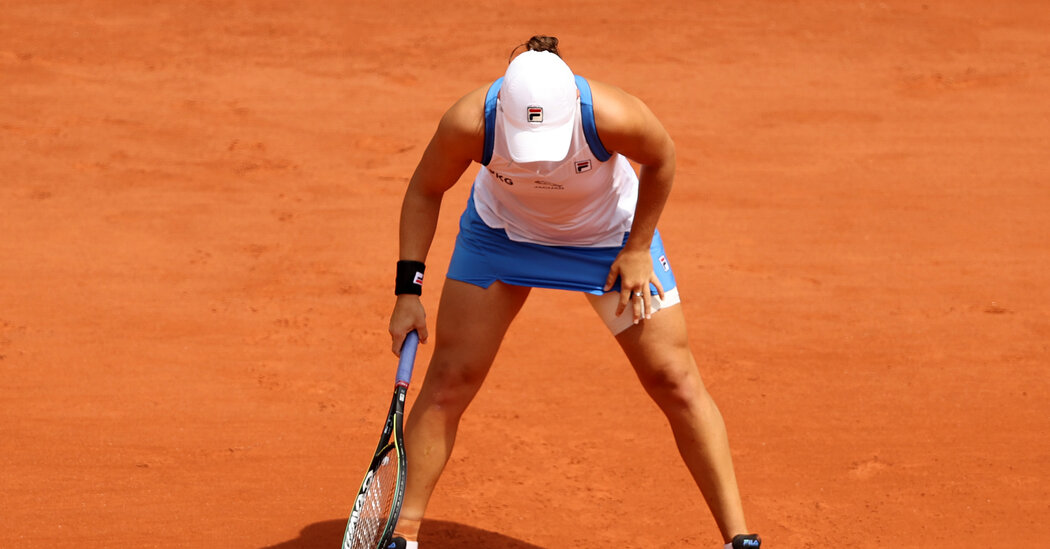 PARIS — Ashleigh Barty, the No. 1-ranked player in women’s tennis, is out of the French Open after retiring on Thursday with a left hip injury during her second-round match with Magda Linette.

Barty, who won the French Open in 2019, lost the opening set by 6-1 to Linette, an unseeded 29-year-old from Poland. Barty then left the court for medical treatment as Linette stayed in her chair, reading the tactical notes she had brought to the Philippe Chatrier Court.

Barty returned for the second set, but at 2-2, she walked toward her chair, put down her racket and walked to the net to shake hands with Linette, putting an end to the match. 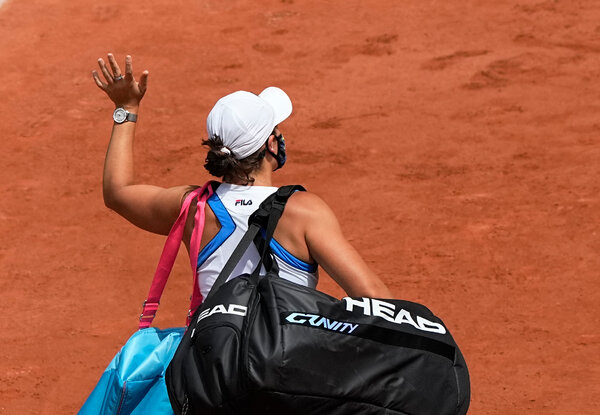 Barty, a 25-year-old Australian, received treatment on her hip during a tough first-round victory over Bernarda Pera on Tuesday.

“It’s going to be a little bit tough this week,” Barty said after that match. “I think over the weekend we had a bit of a flare-up through my left hip.”

Barty’s departure means the top two women’s seeds are out of the draw only days after the start of the tournament. No. 2 Naomi Osaka, who could have challenged Barty for the top ranking with a deep run in Paris, withdrew after her first-round victory because of a dispute with tournament organizers over media obligations. Her exit, and the motivation for it, has dominated early coverage of the event.

Simona Halep, the world’s third-ranked player and a former French Open champion, withdrew before the tournament began with a muscle tear in her left calf.

Aryna Sabelenka, the No. 3 seed, is now the highest seed remaining, but Sabalenka, a power player from Belarus, has yet to advance past the fourth round of a Grand Slam tournament. The No. 4 seed Sofia Kenin, a finalist at the French Open last year when it was postponed and played in October, has struggled this year as she navigated the difficult decision to stop being coached by her father, Alex.

Kenin arrived in Paris without a coach but has shown signs of resurgence and defeated the American qualifier Hailey Baptiste, 7-5, 6-3, on Thursday. Kenin should face a tougher test in the third round, however, when she plays a fellow American, Jessica Pegula, who has been having a breakout season and is seeded 28th at Roland Garros.

Despite the attrition and instability at the top of the women’s field, this tournament may not be as wide open as it appears. The defending champion, Iga Swiatek, is still in the draw and has not dropped a set in two rounds, just as she did not lose a set in any of her seven matches in her run to the 2020 title. Last month, she won the Italian Open on clay, defeating the former No. 1 Karolina Pliskova, 6-0, 6-0, in the final.