The striker was confirmed as a Blue last night following a day of medicals and contract talks at Cobham. 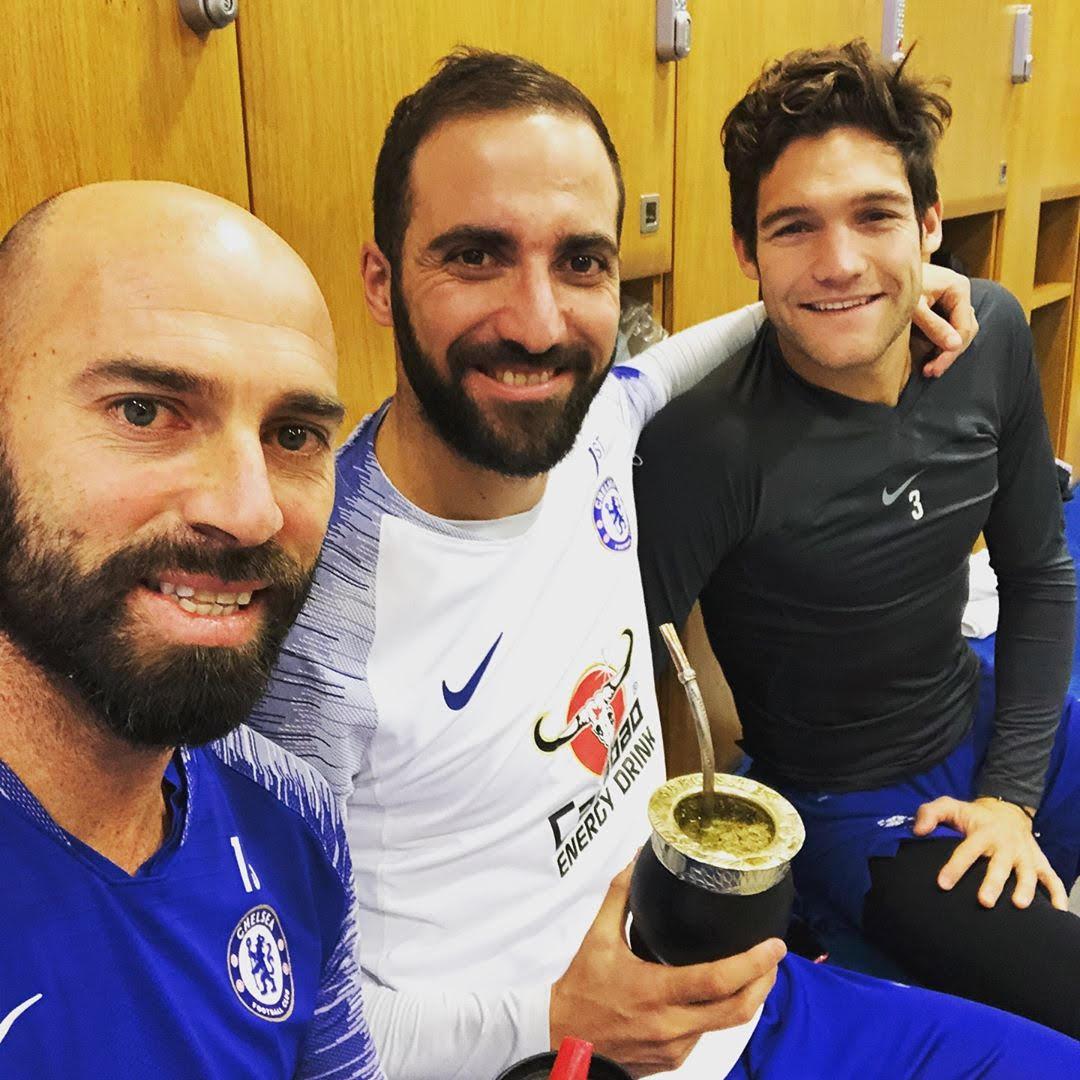 Unfortunately for Chelsea fans, Higuain was not registered in time for tonight’s Carabao Cup semi-final second-leg clash against Spurs.

But he has already been settling in ahead of a potential debut against Sheffield Wednesday in the FA Cup this weekend.

And Higuain looked right at home as he sipped Argentine tipple Mate in a photo alongside Marcos Alonso and Willy Caballero. 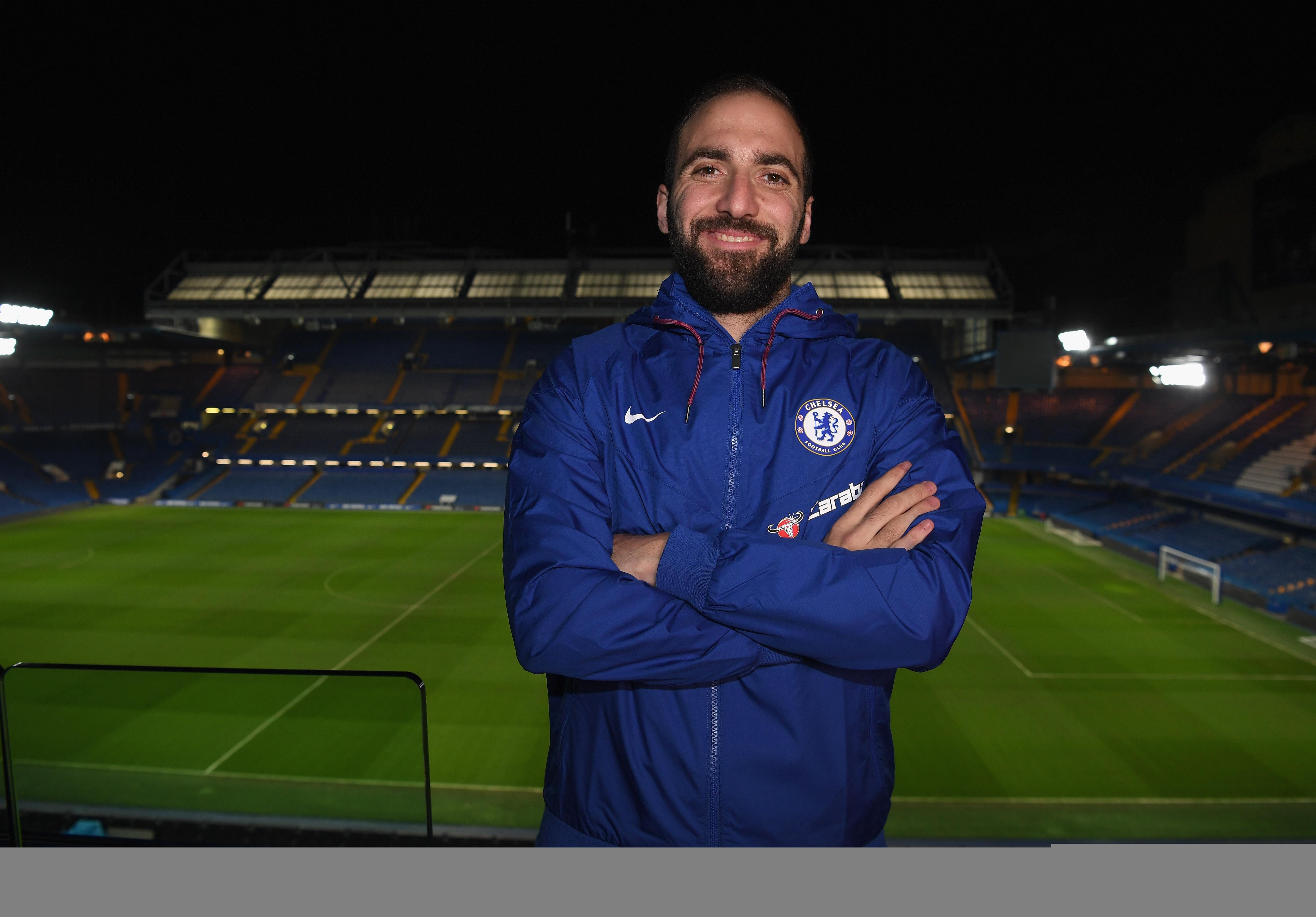 And the player himself is hoping to make an immediate impact as he looks to seal a permanent transfer from Juventus in the summer.

Higuain said: “When the opportunity to join Chelsea presented itself I had to take it.

“It’s a team I’ve always liked that has a lot of history, a wonderful stadium and they play in the Premier League, a league I’ve always wanted to play in.

“I now hope I can give back that trust Chelsea have shown me out on the pitch. I can’t wait to start and I hope to adapt as soon as possible.”