HARRY MAGUIRE was fortunate to avoid conceding a penalty after wrestling Cesar Azpilicueta around the neck.

The Manchester United captain grappled with his Chelsea counterpart during the club's drab 0-0 draw at Old Trafford. 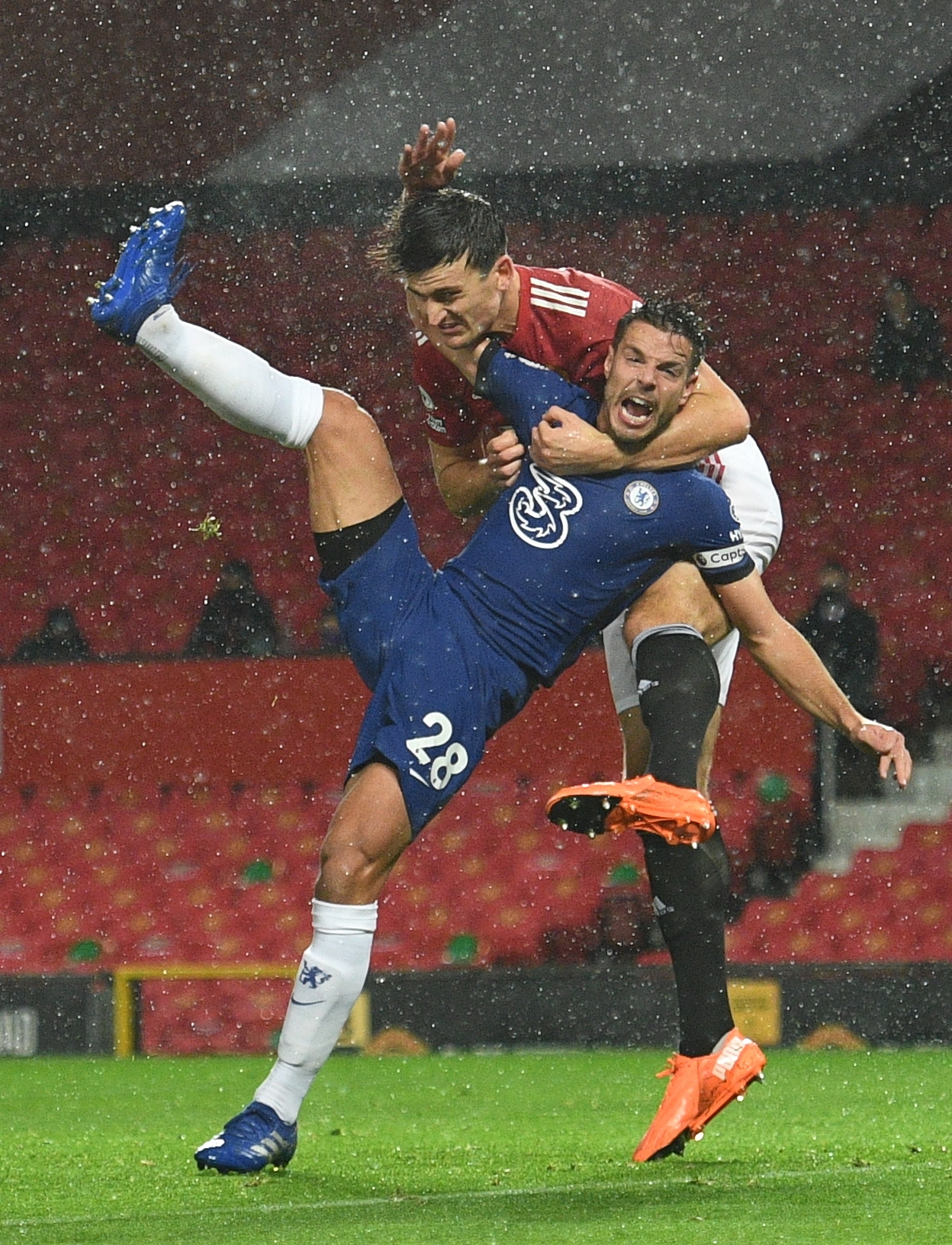 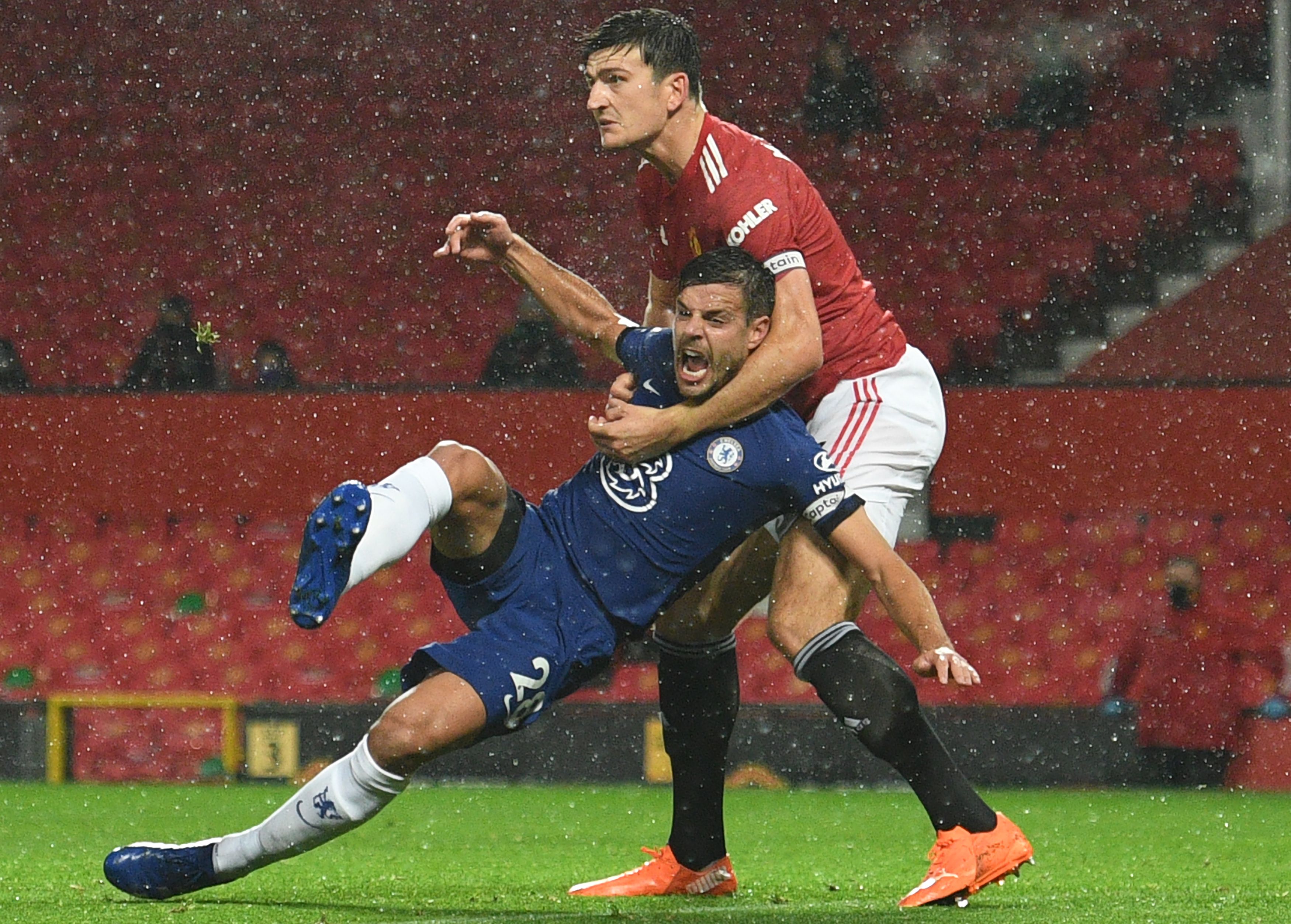 Incredibly, it was reported VAR did NOT look at the incident.

The England star had been drafted back into the Red Devils team after missing the Champions League win over Paris Saint-Germain.

Maguire has endured a rough season for club and country so far and things could have reached another low when he tangled with Azpilicueta.

The ex-Leicester man had his arms around the Spaniard to prevent him from meeting Ben Chilwell's cross but VAR refused to intervene.

Patrice Evra admitted at half-time that Maguire's actions wouldn't have looked out of place in a wrestling ring.

The former United defender told Sky Sports: “I used to watch wrestling and he reminds me of Hulk Hogan. It’s a clear penalty and VAR, we can talk all day about it.”

Jimmy Floyd Hasselbaink added: “This is 100 percent a penalty. What is Maguire doing?

“If you see it from a different angle, he's just strangling Azpilicueta here and stops him from jumping. He's putting his weight on his shoulders.”

I used to watch wrestling and he reminds me of Hulk Hogan. It’s a clear penalty

One tweeted: "How can Harry Maguire almost chokeslaming Azpilicueta from behind not lead to a VAR check, while a minute later a VAR check is done for a softer challenge?"

Another said: "Football does make you laugh, we’ve just watched 47 replays a VAR check and 10 different angles of Thiago Silva brushing toes with Marcus Rashford but nothing on Harry Maguire chokeslamming Azpilicueta."

A third added: "So Maguire kicked Batshuayi last season and now has headlocked Azpi but got away with both scenarios."

Azpilicueta himself weighed in on the incident after the match and felt he was hard done by.

He told Sky Sports: "On the pitch I felt yes because I was in front of him and I felt his both arms around my neck and my shoulders.

"The referee can make the decision. VAR is there. It is very difficult for the VAR to say yes or no but for me I encourage more for the referee to go to the monitor.

"Martin Atkinson is the main referee so he has to take the main decisions and the monitor is there on the side for him to help.

"Sometimes it is 50/50, I felt it was. So why not take 20 seconds to review it? It is a little improvement that will help VAR moving forward."

Even United boss Ole Gunnar Solskjaer conceded that his skipper took a risk by grappling with the Chelsea defender.

He said: "You always take a chance. The lad just pinned him and the lad maybe should not have his arms round him.

"You should just have your arms there and head the ball."