The Manchester United captain flew to the Greek party island with fiancée Fern Hawkins after his side’s Europa League exit to Sevilla. 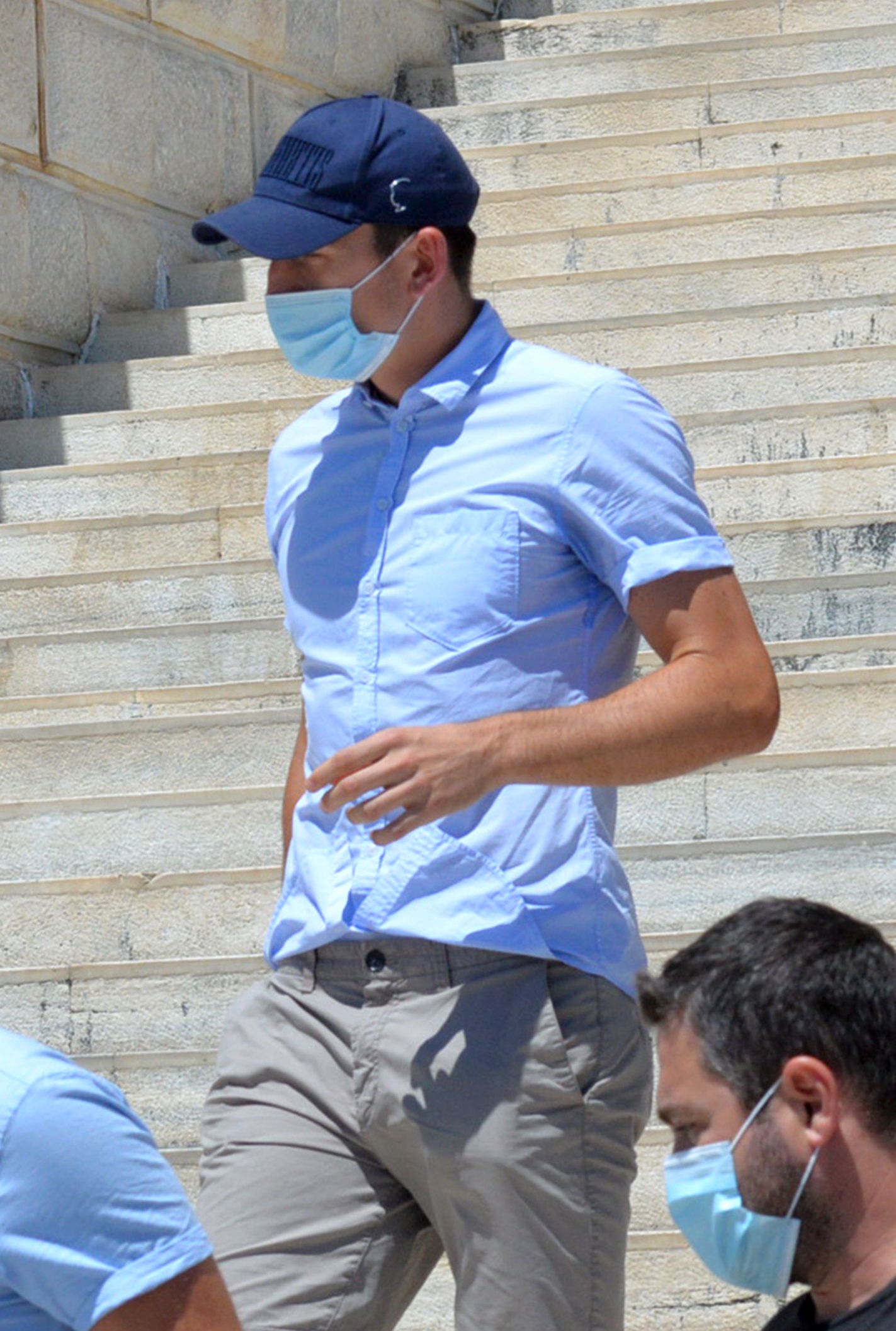 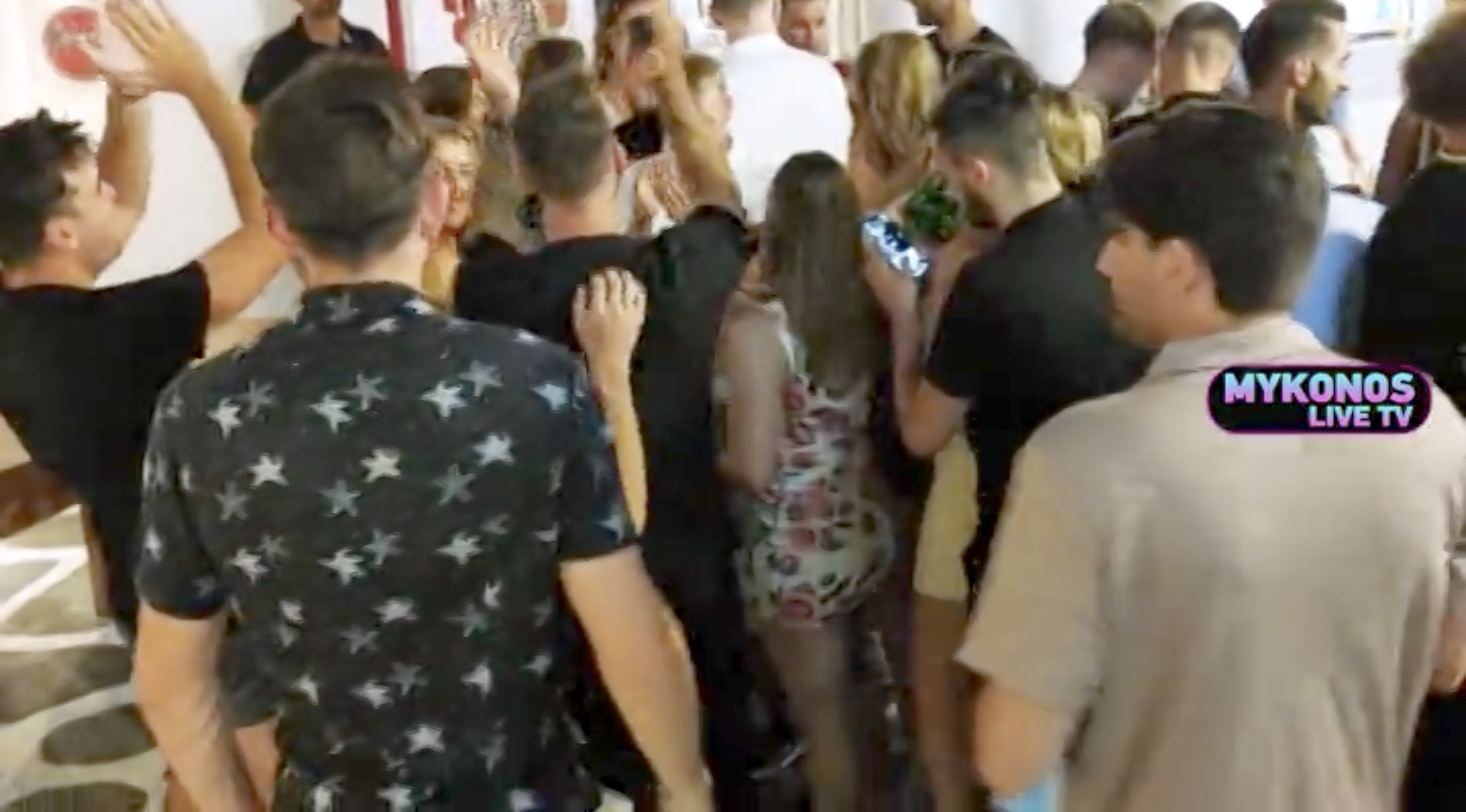 Along with several pals and his brothers, he hit bars and clubs on the hotspot, which has become this summer’s go-to destination for Premier League stars.

But he also attracted attention from rival fans, who hurled sick insults at him before Thursday night’s fateful brawl.

On Tuesday it is claimed the England centre-back, 27, and others racked up a £63,000 bar tab in a five-hour session. 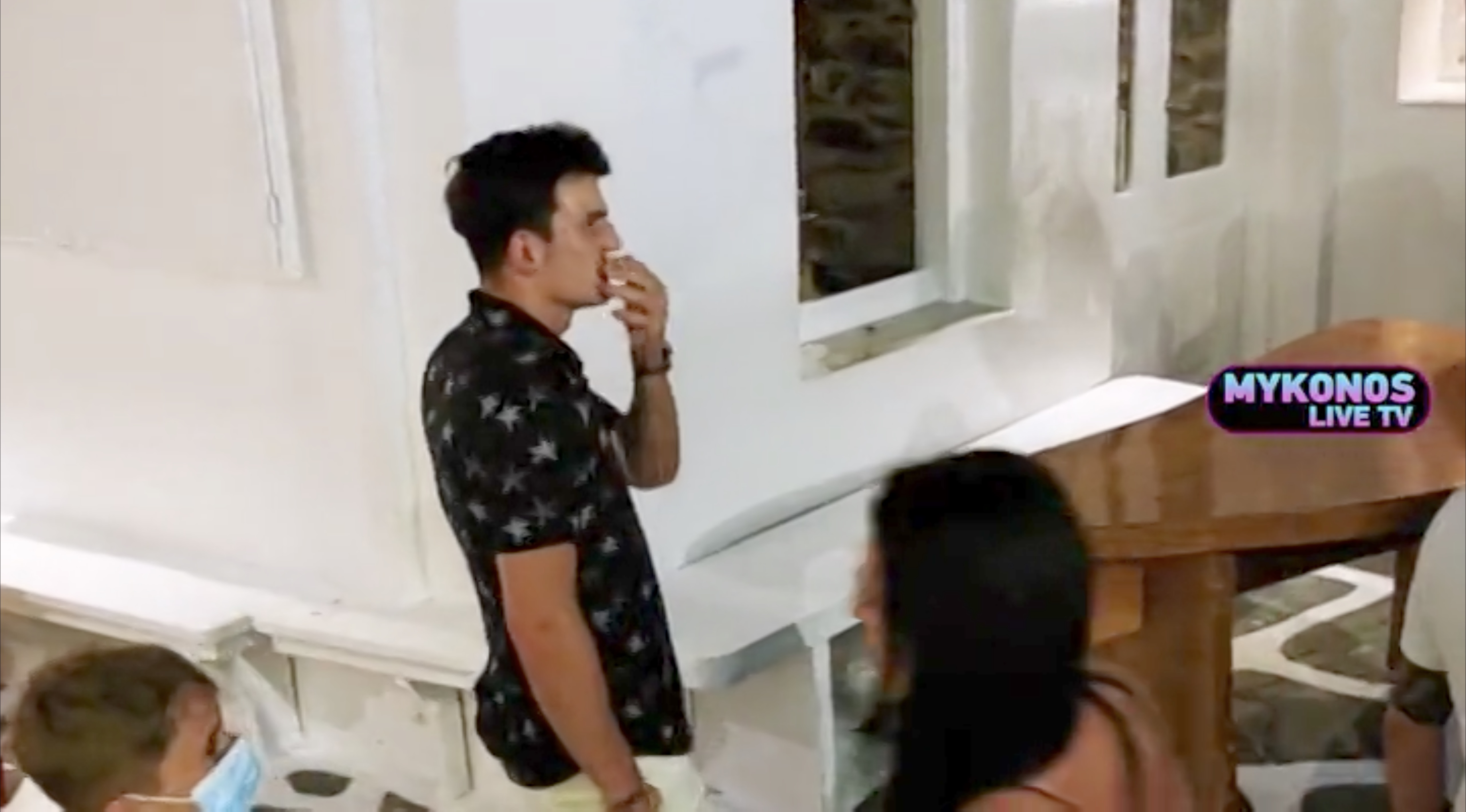 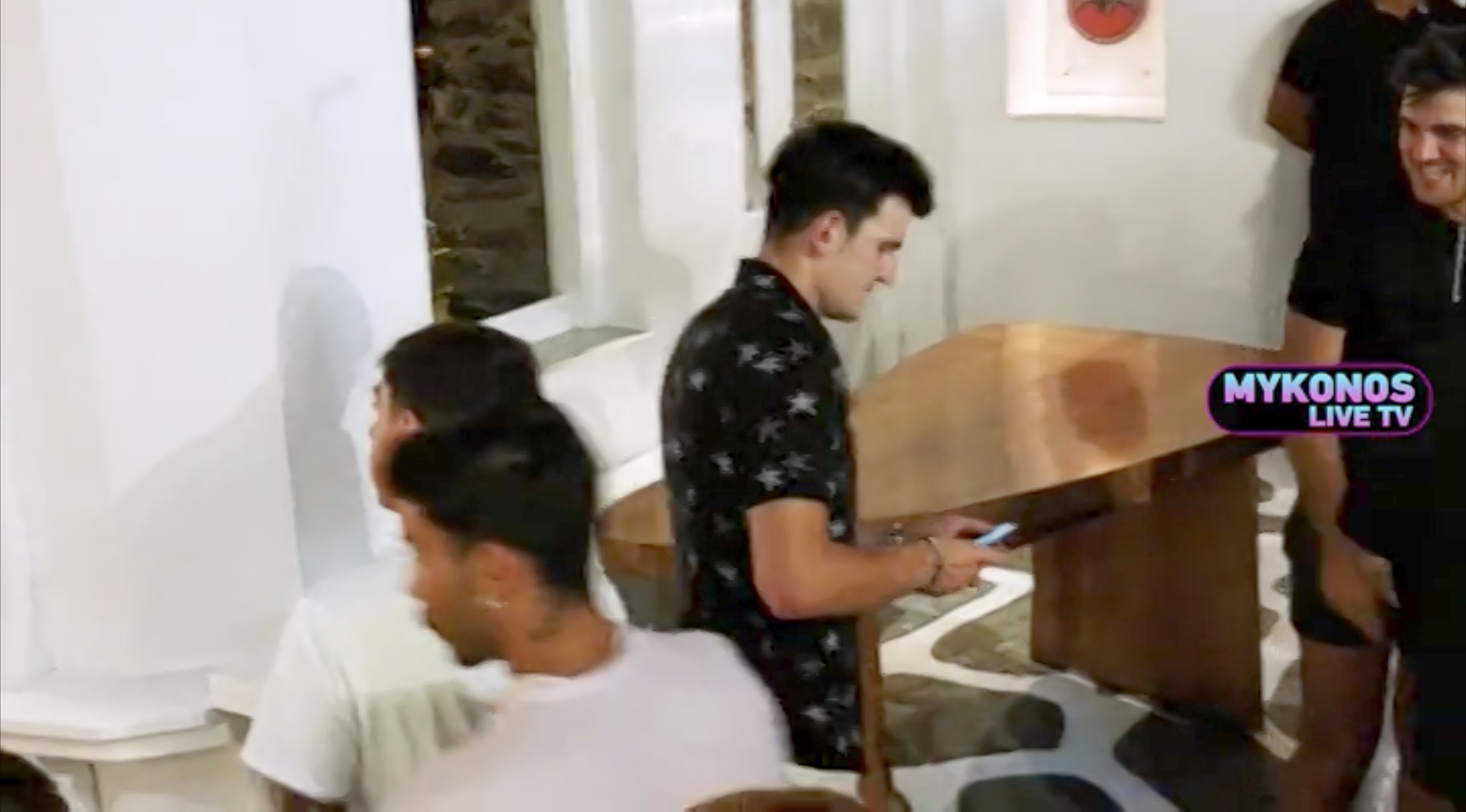 Maguire and his entourage sank bottles of vintage champagne, ­firework-decorated cocktails and spirits at the exclusive SantAnna beach bar.

They also splashed out on a £17,000 bottle of Armand de ­Brignac Champagne, plus £750 on three bottles of Jack Daniel’s.

The stars lined their stomachs with £1,200 of lobster, seven ­ribeye steaks costing £820 as well as Greek meze platters and Wagyu beef rolls.

Maguire paid a fraction of the total bill and mainly drinks beer.

The players got boozed up in the VIP area while dancing by private sunbeds, which cost more than £2,000 to hire out.

The following evening, things took a nastier turn when Maguire and his party went to the Cosi Bar in Mykonos. 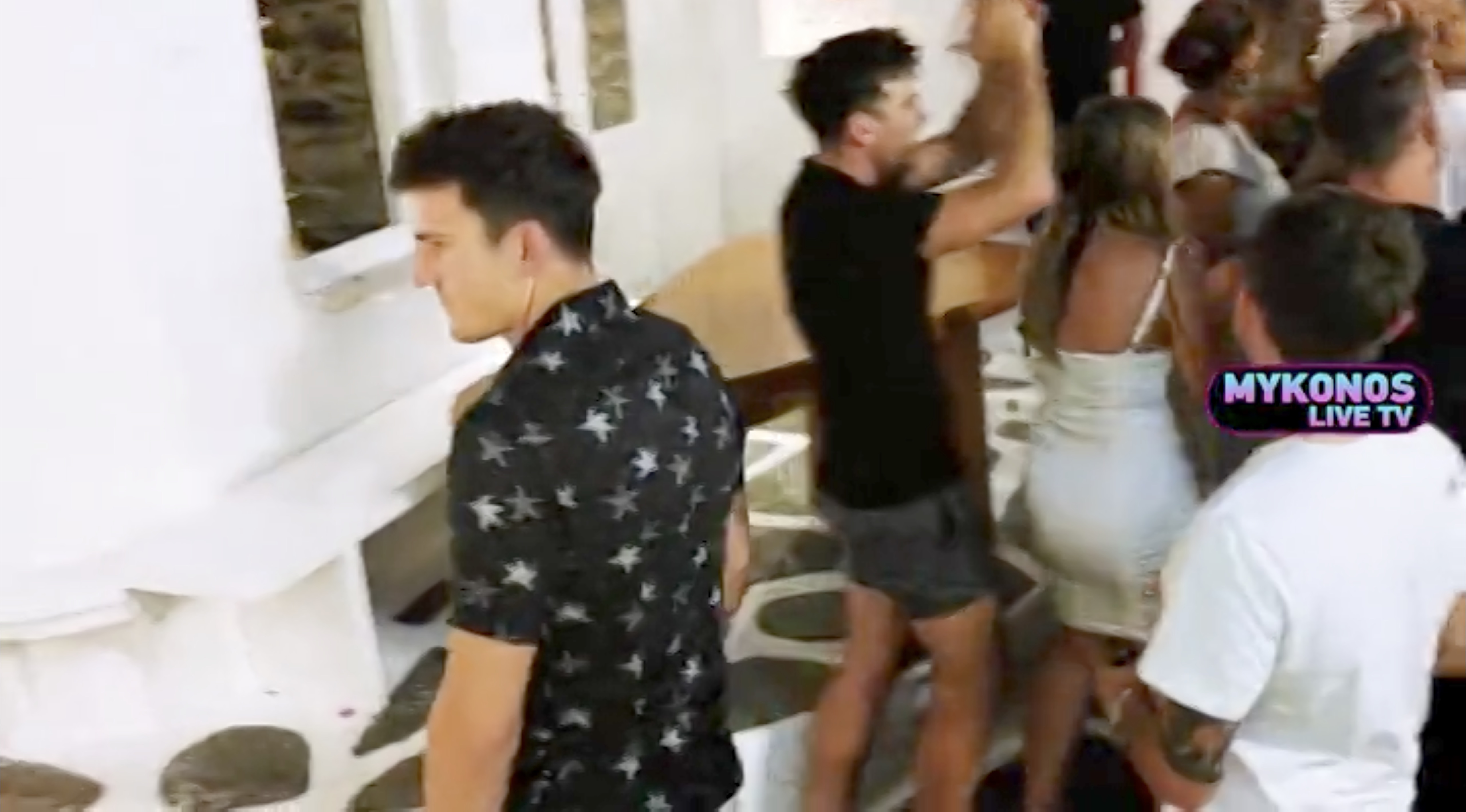 There Maguire was taunted by a group of rival supporters who chanted “f*** United’’ and made disparaging remarks about the 6ft 4in defender’s ability.

Witnesses also claimed they made sickening references to the devastating 1958 Munich air disaster.

Footage obtained by The Sun on Sunday shows three men ­jeering and gesticulating towards Maguire who is visibly uncomfortable and appears tense.

He is seen walking away and looking at his phone while the grinning tourists sing and point at him.

However, things did not turn ­violent. Later Maguire and his group are said to have gone to a party at a swanky private villa hired out by a Greek businessman.

Cops were eventually called to break it up at 4.15am.

A partygoer claimed: “Harry was there, but he managed to get out when the police came. Harry was enjoying himself with his friends. He wasn’t misbehaving.’’

The following day Maguire and his group returned to SantAnna. 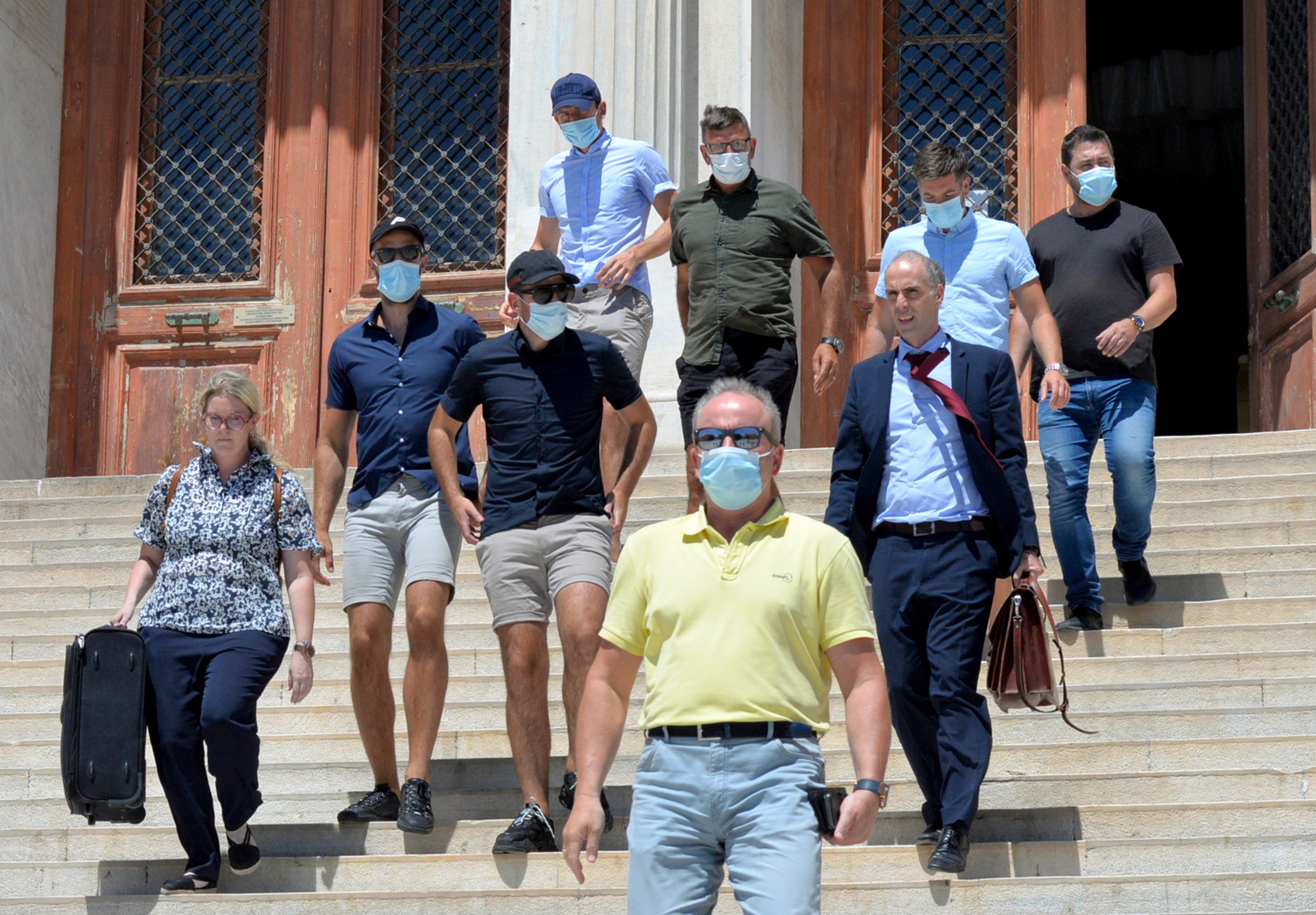 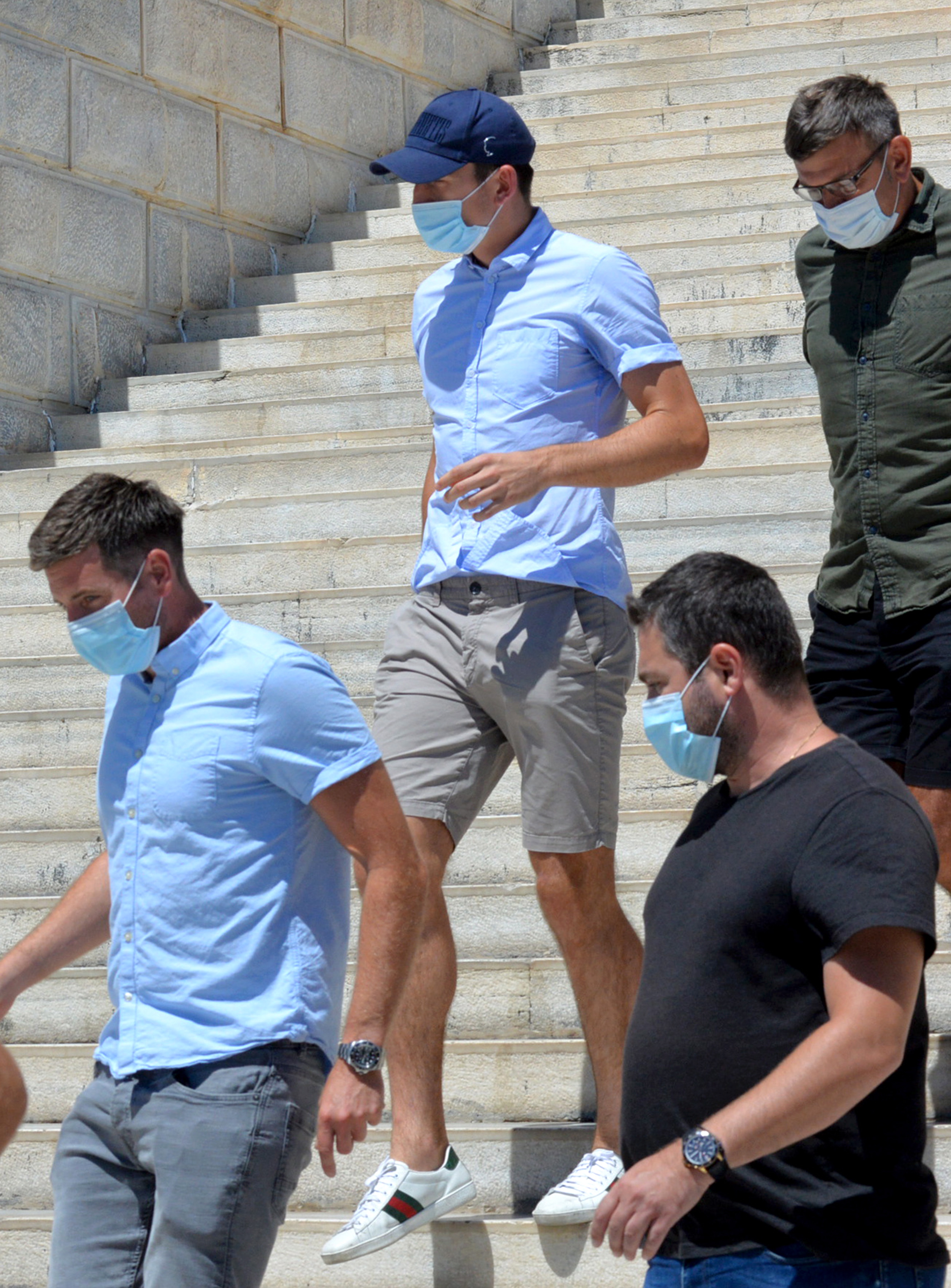 However on Thursday evening, sources claimed Maguire again bumped into the fans who had taunted him the evening before, this time with fateful consequences.

A witness said: “These guys were trying to wind him up.

“It was OK on the Wednesday night but by Thursday night they had stepped it up. They clearly wanted to have a fight with him.’’

A local called Kafatos, said: “Another group of British men started abusing them, saying he was a rubbish footballer and played for a rubbish team.

"They were also calling him a fridge and I didn’t really understand what they meant by that.’’

Brit tourist Sam Moore added: “This group of British lads were out for trouble and were being really abusive towards Maguire and his club.

"I could hear them singing about the Munich air disaster and saying other vile things. 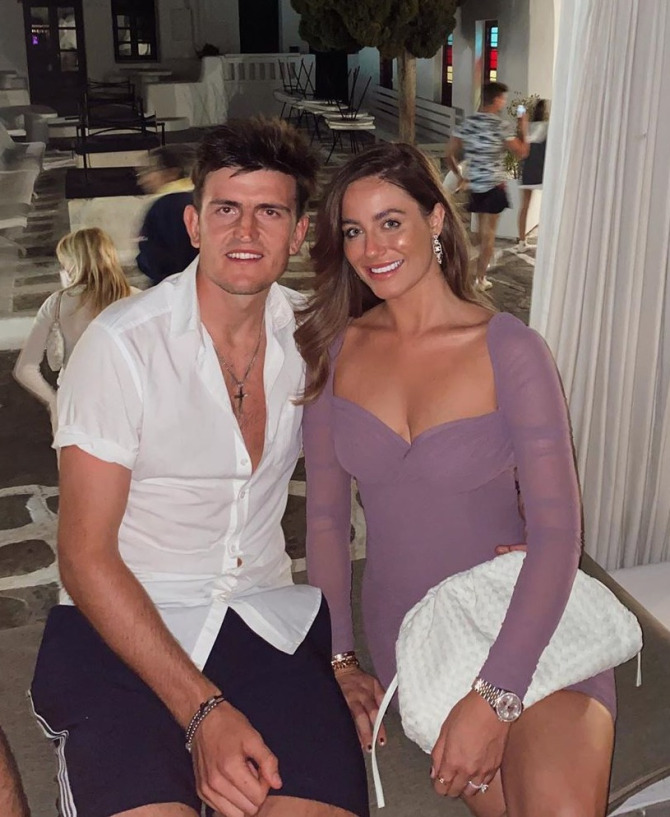 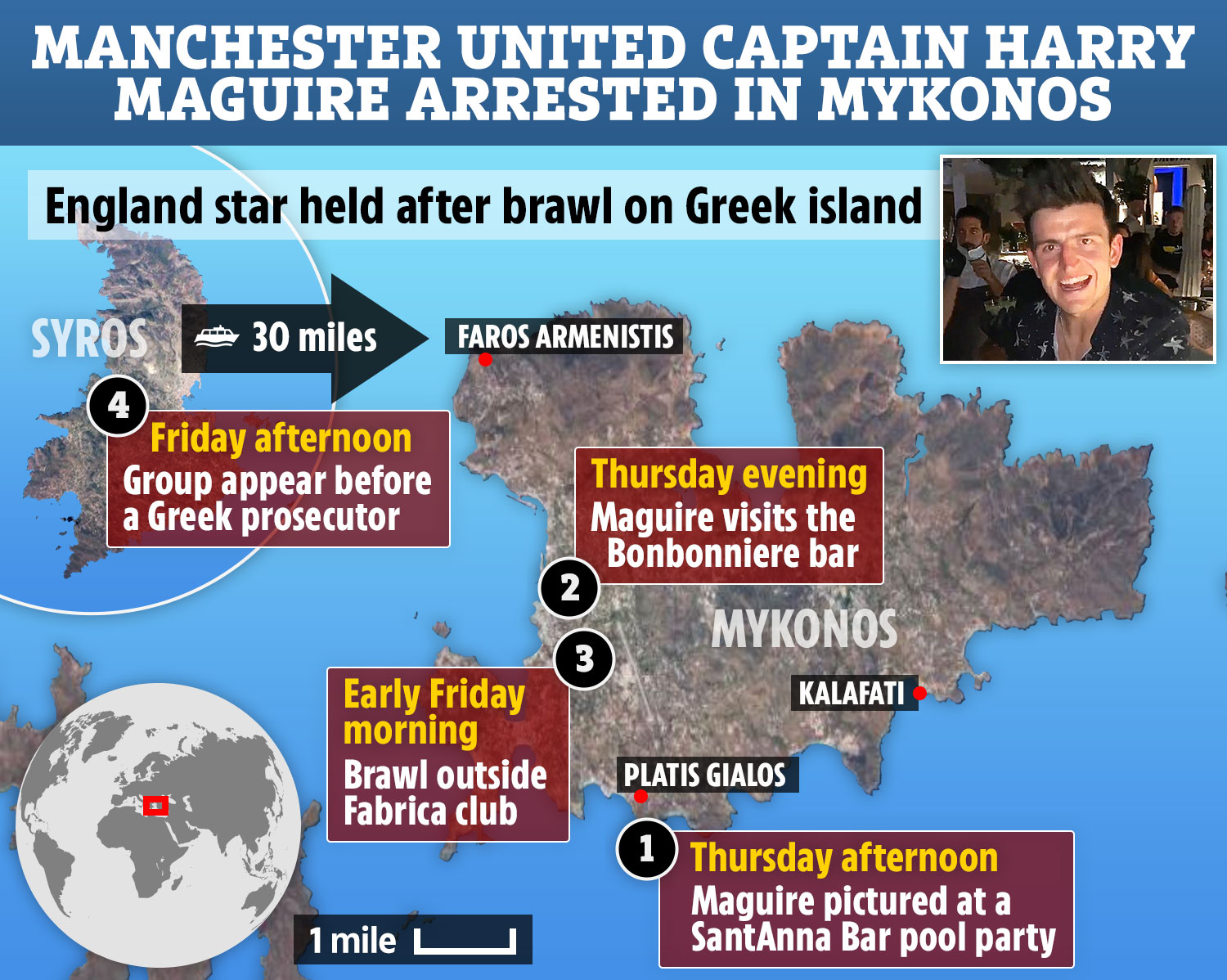 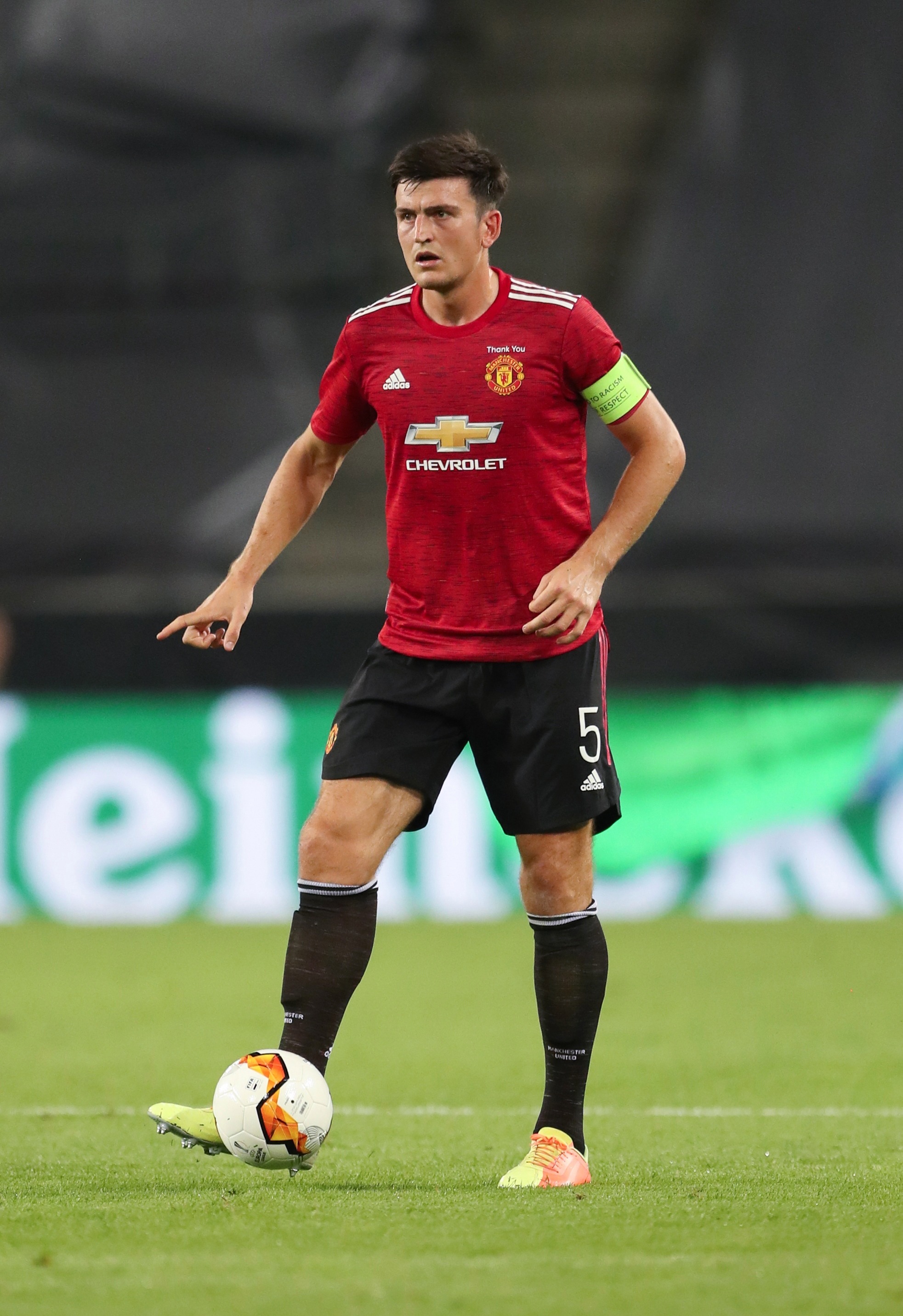 “You could tell that they wanted to have a punch-up with Maguire.

“I don’t know what football team they supported but they didn’t like Manchester United — that much was obvious.’’

Maguire and two pals were accused of brawling with rival fans and cops outside a nightclub.

Police said they continued scrapping at the station before allegedly offering officers bribes to drop the case.

A spokesperson for the Greek police said: “Patrolling police officers in the area of Mykonos intervened to settle a dispute between a group.

"However, three foreigners involved in the incident turned against them, insulting and hitting a police officer with fists. 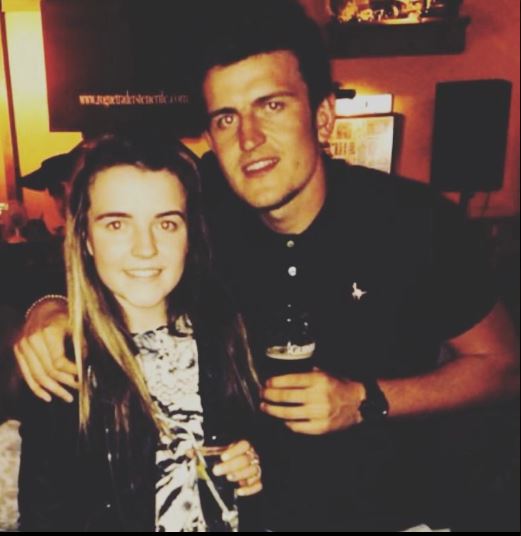 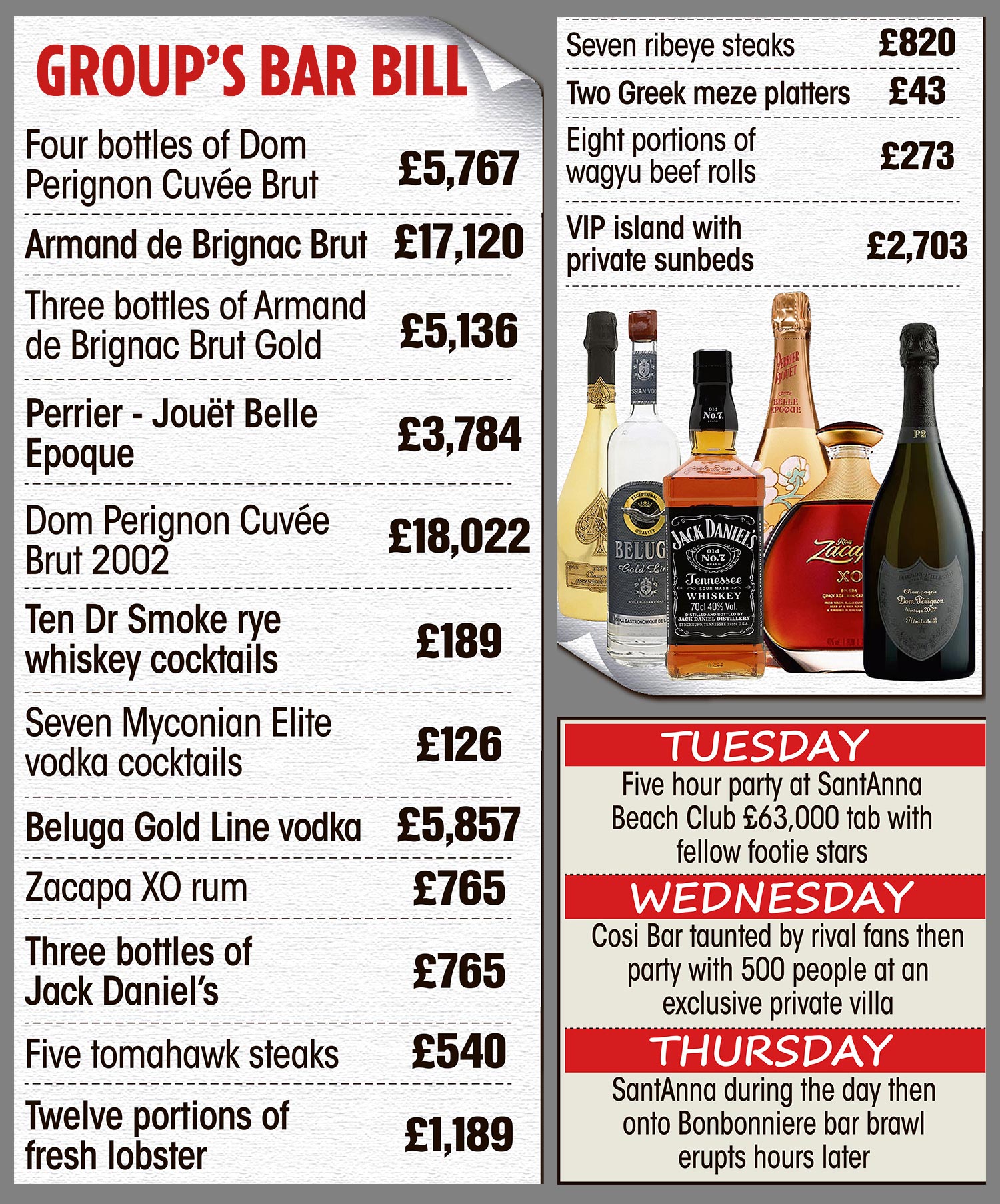 “The three foreigners were taken to the Mykonos Police Station, where upon their arrival they strongly resisted, pushing and beating three police officers.

"Then one of the detainees tried to offer money so the process against them would not be completed.’’

Maguire was bought from Leicester City for £85million last summer, a world record sum for a defender.

He flew to Mykonos after Man United lost to Sevilla in the Europa League semi-final last Sunday.

It was his side’s third semi-final loss this season after exiting the FA and Carabao Cups at the same stage.

Maguire said afterwards: “It means a lot to us, the boys are devastated. Losing isn’t acceptable.”