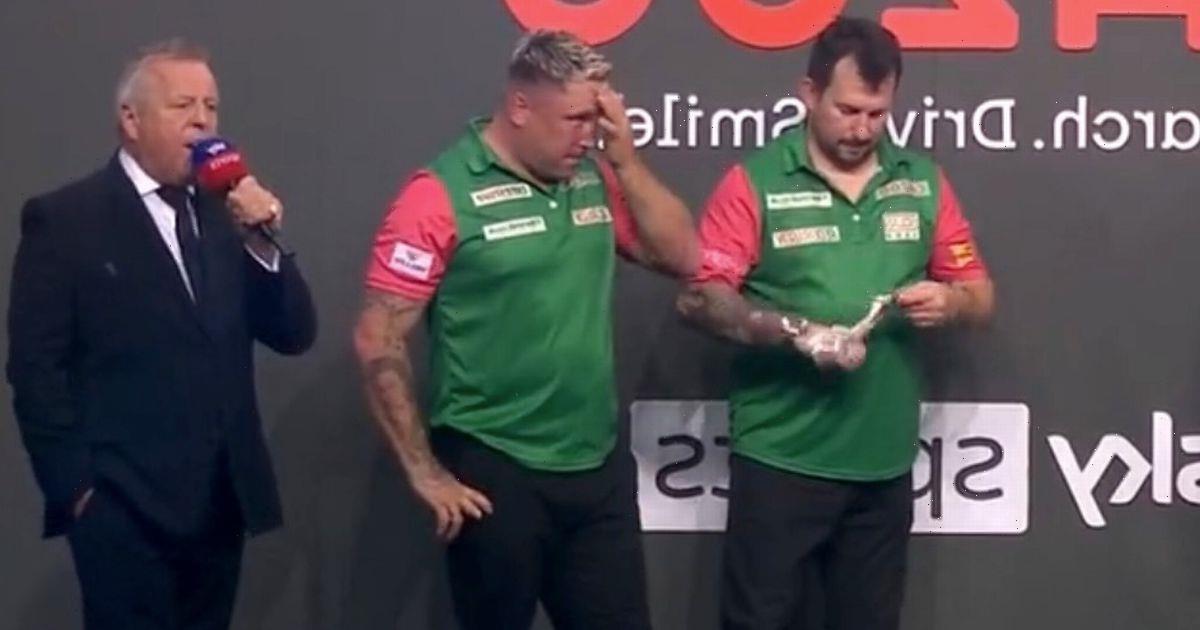 Gerwyn Price couldn’t hide his disappointment after Wales were beaten by Australia in the final of the World Cup of Darts.

Damon Heta and Simon Whitlock defeated the Welsh duo of Price and Jonny Clayton 3-1 in Sunday’s final. Australia had already dumped out five-time semi-finalists Belgium and top seeds England on Finals Day, and they became the fifth nation to lift the coveted title with a convincing win over the 2020 World Cup winners.

It was a bitter pill for Price, in particular, to swallow following some scintillating displays in the earlier rounds. As presentation ceremony took place, the former rugby player could be seen putting his runners-up medal into his pocket rather than wearing it around his neck. However, both Price and Clatyton, the 2020 winners, were magnanimous in defeat.

“We weren’t at our best in the final but Simon and Damon played fantastic,” said Price. “I said at the beginning of the tournament we’d play Australia in the final, but I predicted that we would win, so I was wrong there! We didn’t fire tonight, but we’ll be back and we will be stronger next year.”

Ten years on from suffering World Cup heartbreak in an extraordinary 2012 finale against England, Whitlock fulfilled his darting destiny alongside Australian number one Heta to scoop the £70,000 top prize in Frankfurt.

“It is life-changing,” said an emotional Whitlock. “I have dreamt about this moment my entire life and I’ve finally got there. “It feels amazing. I had a great partner. Damon has been amazing. He’s a great friend, and he’s the best player on the planet right now. He is going to be the next world champion.”

Were Australia worthy winners? Have your say in the comments section below.

Heta gave Australia the early impetus in the final with a stunning whitewash win over a below-par Price, before Whitlock put the fifth seeds on the brink of history after battling past Clayton 4-2.

Whitlock struck the decisive blow with a sublime 120 finish to break throw in leg five, and despite missing six match darts at tops, the 53-year-old eventually closed it out at the seventh attempt to double their lead.

Australia had the momentum and continued their charge by opening up a two-leg buffer in the doubles contest, but Price and Clayton produced a stirring fightback to prolong the drama.

The Welsh pair responded with legs of 15, 14 and 13 darts to force a final leg. Whitlock missed a dart at double 18 for the title, and Clayton capitalised via double eight to clinch the pairs match and reduce the arrears to 2-1.

Clayton then had the opportunity to set up a grandstand finale between Whitlock and Price, but Heta had other ideas, producing a nerveless display in the biggest game of his life.

The 34-year-old averaged 99 and crashed in two 180s to fend off the former Premier League champion, pinning his favourite double 16 to spark jubilant celebrations from the Australian duo.