The Sky Blues on Monday bolstered their squad for the rest of the A-League season after signing Iranian star Reza Ghoochannejhad on loan from APOEL.

As foreshadowed by the Herald as a major boost to Sydney FC’s title hopes and for their forthcoming AFC Champions League campaign, the man nicknamed 'Gucci' is expected to arrive in the harbour city on Wednesday with a CV that includes scoring a goal at the 2014 World Cup. 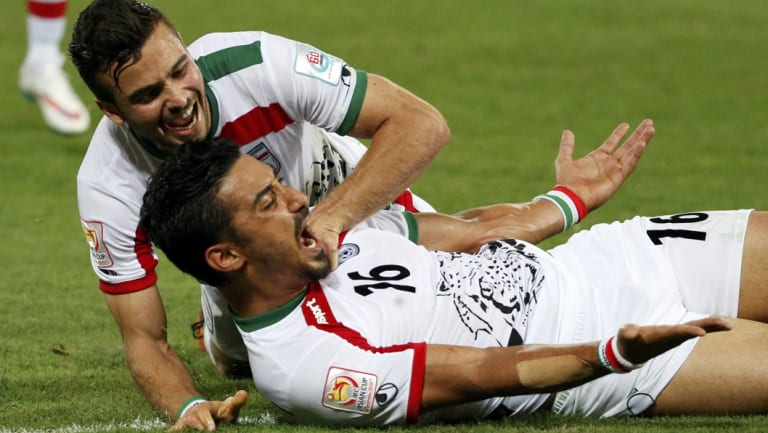 Brand name: Reza Ghoochannejhad, No.16, celebrates after scoring for Iran at the 2015 Asian Cup in Australia. Credit:Reuters

Should there be no issues with the paperwork, coach Steve Corica plans to have the 31-year-old in the squad for Sunday's clash with Melbourne City.

However, the biggest boon for the club will be having a player of Ghoochannejhad's experience for the champions league.

"I'm excited to be joining Sydney FC and looking forward to the challenge of the Hyundai A-League and AFC Champions League," Ghoochannejhad said.

"To be joining Australia's most successful club is a fantastic move for me, and to test myself against the best in Australia and Asia will be a fantastic experience."

Ghoochannejhad's arrival follows a career that includes a three-year stint with SC Heerenveen in the Eredivisie, where he scored 27 goals in 67 matches.

The Iranian is also a former Dutch youth international, but was lured back to the country of his birth by former Real Madrid coach Carlos Queiroz. 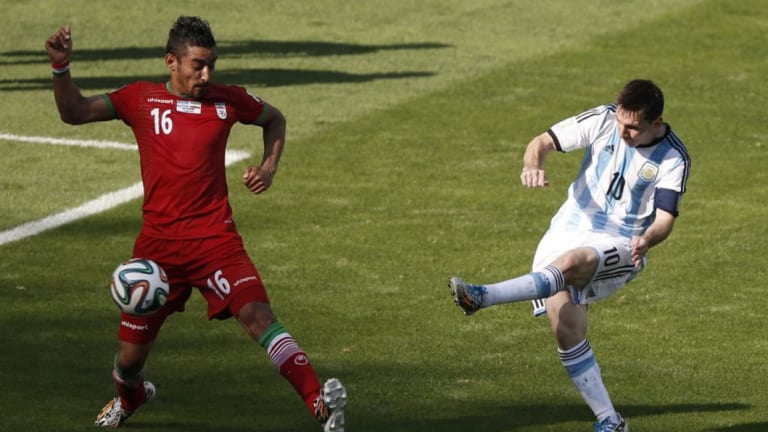 He scored a total 17 goals in 44 appearances for Iran before retiring from international football after last year's World Cup in Russia, where he failed to play a minute.

It is believed pre-season talks with Sydney FC on a marquee deal fell through last year, before he went on to sign a two-year contract with APOEL in Cyprus.

However, negotiations started again when Ghoochannejhad went in search for more game time, and this time the A-League heavyweights got their man.

"Reza is an exciting and attacking striker who will score goals and give us a different option up front," Corica said.

"The fact that he qualifies as an Asian player under the AFC Champions League three-plus-one ruling is going to be a huge benefit for us and vital to our challenge for the trophy.

"We've had our eye on him for a while and when the opportunity came up to sign him, we didn't hesitate."