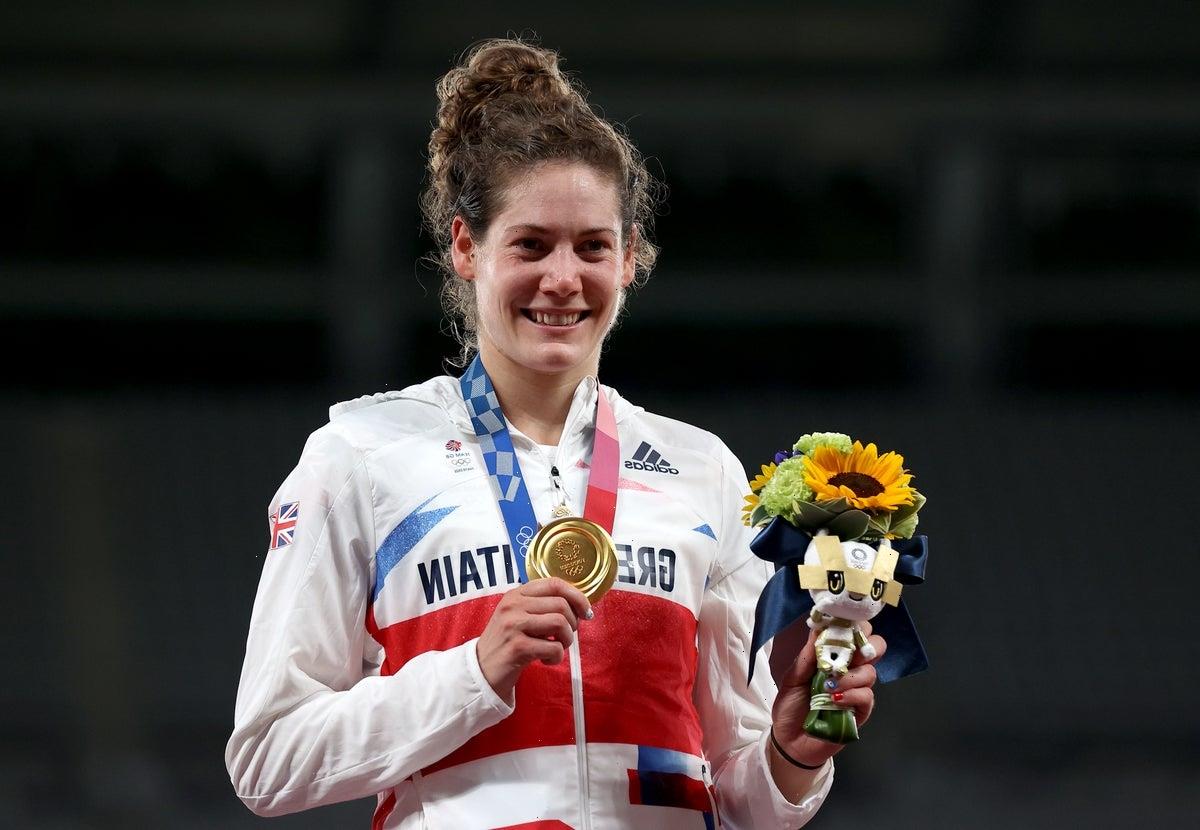 The Rio Games were the first Olympics since the women’s event was introduced in 2000 that Britain had not won a medal but French made up for that in spectacular fashion, keeping her cool superbly in the final run-and-shoot.

French, from Kent, began the last event in fifth but surged into the lead by the end of the first lap and never looked like letting that go, hitting her targets with her laser gun impeccably, missing just two of her 22 shots.

She follows in the footsteps of Stephanie Cook, who was the first female Olympic champion in Sydney, while Kate Allenby, Georgina Harland, Heather Fell and Samantha Murray have all won medals for Britain.

French finished fifth in Rio and was considered a strong medal prospect having won gold at the World Cup final earlier this year.

She performed strongly through the first three events, sitting sixth after the fencing, which was held on Thursday, and then coming eighth with an impressive 200 metres freestyle swim.

For the first time at the Olympics, all the disciplines were held in one stadium, with a pool erected at one end of Tokyo Stadium.

French picked up one extra point in the fencing bonus round and was then one of very few riders to go clear in the show jumping, although she did pick up six time penalties.

Modern pentathlon was devised by Baron Pierre De Coubertin, the founder of the modern Games, who selected the disciplines to simulate the challenges faced by an infantryman caught behind enemy lines.

A key element of the sport is riding an unfamiliar horse, with athletes given only 20 minutes to bond with their mount before their round.

The show jumping has scuppered many a pentathlete’s hopes and so it proved again, with Ireland’s Natalya Coyle among those to drop right down the field.

Germany’s Annika Schleu, meanwhile, must have harboured strong medal chances after setting an Olympic record in the fencing. She was still well out in front after the swim but never got to grips with her horse – the misnamed Saint Boy – and left the arena in tears and with no points.

The final event, the run-and-shoot, sees athletes complete four legs of 800m and four rounds at the range, where they must hit five targets each time.

The leader goes off first, with each point adrift converted to one second, and the top five were all within 15 seconds, which quickly became academic as French pulled away for a solo victory.