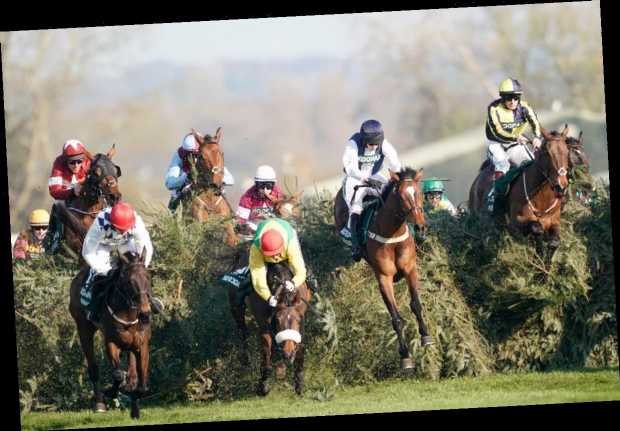 The Grand National is back after last year’s iconic steeplechase was postponed due to the Covid-19 pandemic.

That means this weekend’s race is eagerly anticipated despite no crowds at Aintree, but millions will be tuning in around the world in one of the great British sporting traditions.

The main event on 10 April will see thousands scanning the markets for a winner, with the experienced experts finding it more difficult than usual to identify value.

Cloth Cap is the favourite, while The Storyteller has been withdraw as the final 40 runners and riders were announced on Thursday.

To help punters, here is a runner-by-runner guide to those lining up at Aintree for the big one.

Has held his own with the best chasers around in recent seasons, winning the Betfair Chase three times. Stamina concerns and a liking for very soft ground a worry, though.

Is capable of some very good performances, but also some shockers. Just a neck behind The Storyteller at Down Royal, but pulled up at Cheltenham. Possibly prefers cut in the ground.

Has been a real credit to connections down the years and stamina will certainly not be an issue given his exploits in recent Welsh Grand Nationals. The ground can never be too soft for him, though.

It appears his best days are behind him, but he has had some good ones. Was going well in this two years ago when falling four from home, but has looked a shadow of his former self lately.

Has long been seen by his trainer as an ideal type for this race. Was among the favourites back in 2017 when badly hampered by a faller. Big ask for a 12-year-old and no match for Cloth Cap at Kelso.

Began the season with a win over Santini on the Mildmay Course, but has been well beaten the last twice. Runs off same mark as when pulled up two years ago.

Won the Irish National two years ago and has been trained for this since. Appeared to have no excuses behind a stablemate last time, but better ground expected to suit and is a likely type.

Gave Tiger Roll plenty to think about two years ago when a fine second. Looks high enough in the weights, but plenty to be said for course form – especially here.

Beat Burrows Saint giving him weight in the Bobbyjo and now enjoys a nice swing in the weights. Better ground could see him in a better light, so no back number.

Looked a promising staying chaser when winning the bet365 Gold Cup at Sandown two years ago, but hampered by injury since and does not look in the same form.

Not disgraced in the highest grade earlier this season, but has not progressed as once looked likely and now looks badly handicapped.

Has been a great servant to connections finishing placed in two Gold Cups and fourth and fifth in this down the years. A while since he has shown that sort of form and no spring chicken, but dangerous to dismiss.

A smart novice a few years back who has become hard to predict, but at his best is capable of some very smart form. He could easily be the type to take to the fences and give his trainer a dream send-off with retirement beckoning.

Has been on many shortlists for this since finishing second over the fences in December 2019. Seems blessed with stamina, finished second again in the Becher this season and only concern is quick ground.

Hails from a shrewd stable who have won and gone close in this from just a handful of runners. Won a Grade Two over two miles last time, but has won a Kim Muir in the past. Obvious chance.

Won the Ryanair Chase in 2018, but has been a long way below that form this season. Recently sold and hard to fancy.

Had shown nothing all season before a fair fourth in the Cheltenham cross country to Tiger Roll. That still leaves him with plenty to find and looks badly handicapped.

Had last year’s race taken place he would have been among the leading contenders having won the Sky Bet Chase, but his only run since came at Cheltenham and he pulled up.

A credit to connections having won three major staying handicap chases, including the Scottish National. The worry is he is on a career-high mark at the age of 12.

Smart mare at her very best, and she was not far off that at Cheltenham when third to Colreevy and Elimay over two and a half miles. Wants further these days, but this might be too far.

Was quietly fancied for this last year, but has not been in the same sort of form this time around. Almost impossible to recommend.

Has made a real name for himself at Haydock in recent seasons, but far from a one-track wonder as his second at Cheltenham showed. He must have soft ground, though.

Welsh National winner who has limitless stamina. However, he needs it soft to slow the others down. Has had an interrupted season, too.

Has been running with credit in some of Ireland’s biggest handicaps, but this represents another test entirely. Winning form on good ground in France suggests he could find improvement.

A winner at Cheltenham last season, he was fancied to run well there again last month but never got competitive. Does not look in the sort of form required to go close in a race like this.

Somehow has only managed to win twice in an 18-race career, but his ability is not in doubt. Has been placed at three Cheltenham Festivals and has proven stamina for four miles.

Has jumped as many of these fences as any horse, having run in this four times and the Becher five times, winning that twice. But has failed to get the distance each time in big one.

Impressive winner of the Ladbrokes Trophy who has since bolted up at Kelso. His third in a Scottish National over four miles demonstrates his staying prowess and hard to find a negative. Jumps, stays and 14lb well in.

Has won the Munster and Kerry Nationals, but they are a long way removed from the real thing. Recent form regressing.

Won two nice prizes at Uttoxeter and Aintree either side of a summer break, but has struggled since handicapper had his say.

Struck off a 12lb higher mark at Wetherby than his win over the Mildmay fences in October. Not disgraced twice since, but does not strike as an out-and-out stayer.

One of the most unexposed runners in the field. Runs as if this trip may bring about even more improvement. Not without a squeak.

Owned by Sir Alex Ferguson, among others, and has given connections something to cheer in the past. However, is very fragile and not sure a test such as this is what he needs.

Won the Triumph Hurdle in 2018 and on the very best of his form he is not badly handicapped. Lacks the experience over fences most of these have and Cheltenham, when second, looked his aim.

Has been all the range for this in recent weeks, but that is more down to the Rachael Blackmore factor than anything he has done. Stamina to prove and not necessarily well handicapped.

Once a classy operator for Henry de Bromhead, for whom he was second in a Topham over these fences. Has outrun huge odds twice for new connections, but never struck as one for this trip.

A winner over these fences in the Grand Sefton. Lightly raced since having shot up the weights and tailed off behind Tiger Roll at Cheltenham. Another with massive stamina doubts.

Talented horse who was second in the King George in 2017. Excels at Kempton over three miles, but has another 10 furlongs to tackle here.

Caught by Double Shuffle at Kempton in January and ran another solid race last time out. Has always shaped as a stayer, but needs to take form to a new level.

Fourth in the 2017 National and then won the Becher later that year. Favourite for the 2018 National, but brought down at the first and nothing has gone right since. Badly handicapped.

Won over the Cheltenham cross-country fences in December and a fair third to Tiger Roll in March. Plenty to find against some of these, but the National can spark some into life.

Lightly-raced seven-year-old who will surely never have a better chance. Won the Welsh National and has been kept fresh for this. Only negatives are lack of experience and quick ground.

From the family of the legendary Kauto Star and has done his bit to uphold family honour. Not disgraced at all on only run this season, but stamina a huge doubt.

Albert Bartlett second in 2016, but has had three long absences since then. Won last time out, albeit at a much lower level.

CLOTH CAP has turned inside out this season and has looked a different horse in winning at Newbury and Kelso. Having previously proved he stays four miles in the Scottish National, there should be little doubt about stamina and his jumping has been foot-perfect. In short, there are no negatives – but this is the Grand National. ANY SECOND NOW has had a very similar preparation to Papillon, who won this for Ted Walsh, and looks a big danger, while Willie Mullins has been desperate for BURROWS SAINT to get back on good ground. At a bigger price, MISTER MALARKY might run well.

All remaining runners at 40/1 or greater