Melbourne United captain Chris Goulding needed one word when asked whether Perth Wildcats' upset loss to Sydney Kings on Friday would spice up Perth’s clash with his side on Monday.

"Nope" was Goulding's response, he knows the Wildcats and Melbourne rivalry is already at a peak following their double overtime thriller in Perth this season.

Monday night's game at Melbourne Arena is the first of three meetings for the two clubs in the second half of the season. The clashes could be pivotal in deciding who has home-court advantage for the NBL finals. 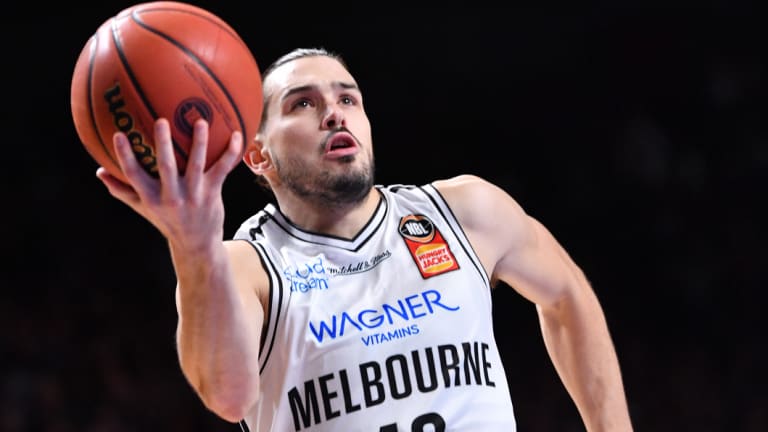 The Wildcats will be hurting after giving up a comfortable lead to the Kings in Perth on Friday night. Kings import David Wear knocked down a three with four seconds left to give his club a 98-97 lead. Brad Newley's last-ditch steal sealed the win.

Perth still top the league with an 11-3 win-loss record and the Kings have, for now, moved into second place on 8-4 ahead of Melbourne’s 9-5 record.

Goulding said other games wouldn't influence how the two clubs approached each other.

"I wouldn’t have thought so," Goulding said.

"They are on top and have been the team of this year and been super impressive in winning games without what you would deem as their 'main guys'.

"It's the sign of a really good group and we are losing games that we should be winning at the moment so it will be a really good contest either way."

What isn't in question is how disappointed Melbourne were after dropping two games to Brisbane Bullets last round. Both games saw Melbourne hold double-digit leads. The Bullets also forced the ball from star guard Casper Ware's hands, something Perth may look to do.

In response, Melbourne ramped up training this week with physicality high and foul calls low.

Perth have long been a standard bearer for physical defence and while Melbourne believe their own defence is elite, they know they will have to stand up to everything the Wildcats dish out.

"This week has been really physical, we are trying to look at games, other games, and see what is deemed as being acceptable physically and we are trying to get to that level," Goulding said.

"You have to start that at practice and you have to expect that from Perth. I think they got 20-plus offensive rebounds on Friday night so if we're not physical and ready to stand our ground and go after the basketball, then they are going to punish us.

"It's been a staple of their franchise for the past 10 or so years, especially when they have some lights-out shooters on their team, reducing offensive rebounds are key."

Ware had a slight scare late in Saturday's open practice session at Melbourne Sports and Aquatic Centre, falling in the final minutes and heading to the physio table for some work on his calf muscle.

Melbourne coach Dean Vickerman said he expected Ware to play and the likes of Goulding and Mitch McCarron to shoulder more playmaking roles to free Ware up off the ball.

"He fell over late and I think it was just precautionary for him to step out at that time as we were just about done," Vickerman said.

"I thought breaking up Casper and Chris into different teams at training had a good effect this week and put Chris in more of an aggressive mindset.

"We have had Mitch playing more point guard this week as well, so if they do take Casper away, then he is more comfortable being aggressive at the point guard role.

"I'm not sure we have solved those problems but there will be improvements."