There's no doubt Australia's players have dialled down the bile since the wheels fell off in South Africa but that has not stopped Mitchell Starc from directing the dreaded c-bomb at an opponent.

India wicketkeeper Rishabh Pant's bid to launch a counterattack was met with a curt retort from Starc. 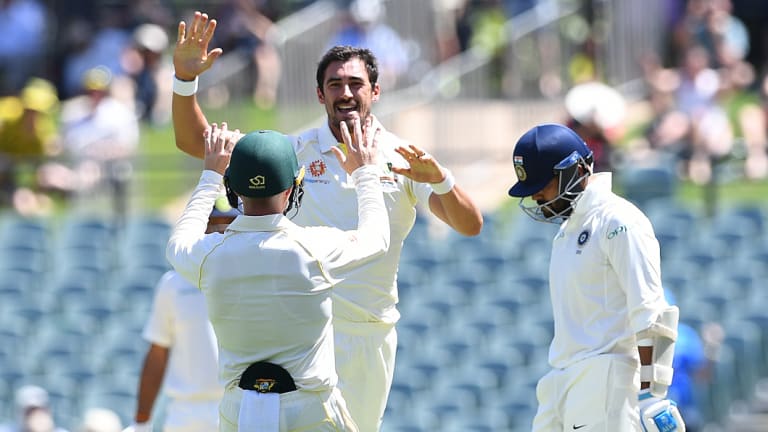 "Keep blazing away, champ," Starc was overheard saying on the sound effects mic. It might sound friendly enough on the surface but to those familiar with the works of The Grade Cricketer it's one of the more cutting references one can make on a cricket field.

We're not sure if Pant is aware of the digital dark comedians, which raises the question of whether it is truly a sledge if the intended recipient does not understand what it means? If the mythical "line" was still around, we'd dare say a "champing", no matter how fierce, falls well within the boundaries of acceptable play.

After the tumult in South Africa, cricket authorities made a concerted effort to reconnect the Test side to fans. They embarked on an advertising campaign, titled "It's Your Game", to "remind people the reasons they love cricket and want to be a part of the summer".

When it comes to the presentation of the iconic baggy green, however, there remains a sense of sacred men's business.

As has now become the custom for debutants, Marcus Harris was presented his baggy green by a former player of significance to his career, in his case fellow West Australian Michael Hussey.

The ceremony was recorded by the cricket.com.au cameras but they were told not to broadcast Hussey's message to Harris, Test player No.456, even though Hussey was happy enough later to reveal what he said.

The official line is that it's up to the player and presenter of the cap to decide if the audio is to be captured, though The Tonk has also been told team members have generally believed that they had earned the right to hear it.

In this case, Hussey had wanted to keep it "personal, us with the player". In other words, the moment is sacred more so than the message.

Hussey told The Tonk he had advised the opener to continue doing the things that had got him to the national team.

"Then I said I remember my first Test, Shane Warne pulled me aside and said you don't have to prove anything to anyone in this dressing room, just play your way, you can't fail, and that made me feel 10 feet tall," Hussey said.

"So I hope everyone else in this circle makes Marcus feel the same way so he's got every chance of having success, and that was it."

Cricket Australia chairman Earl Eddings concedes they are taking a risk by playing the Big Bash League deeper in February this year in their bid to "own" the summer.

February is one of the quieter months on Australia's sports calendar with the major football codes still in pre-season mode. 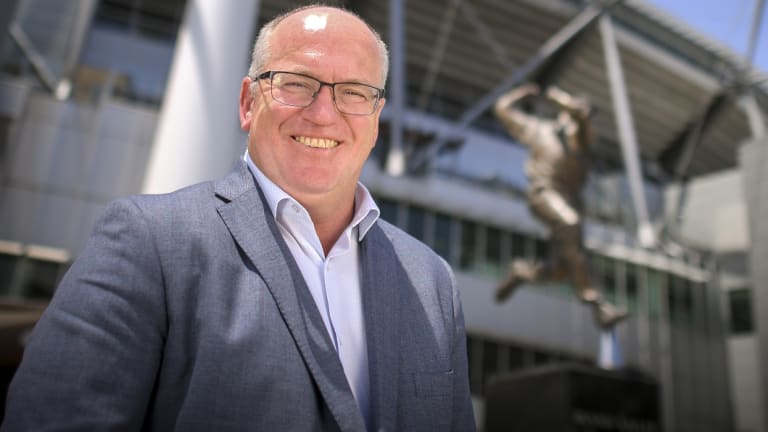 One of the big reasons for the BBL's success has been its staging during the holiday period but this season's tournament will push into the school year with the final to be played on February 17.

"We want to own that summer, cricket is summer, how do we make sure we have enough content going the whole summer, not finishing in February. That's really important," Eddings told The Tonk last month.

"What has made the Big Bash so important has been around playing it in the school holidays but I think the fans now are rusted-on fans, it's got that tribalism.

"We have an opportunity now to extend it across the summer. While it's a risk, it's well thought out and I am confident it will be successful."

It's been a great few days for the Cricket Australia supremo. Last week, Earl Eddings was made full-time chairman after holding the post on an interim basis, and on Wednesday he had success at the track in another of his sporting loves. An avid breeder, Eddings' four-year-old Saucy Jack, which he part owns, led all the way at Sandown, holding off a wall of challengers to salute at the juicy price of $5.50.

As we all know, there's been a bit of movement at Cricket Australia in recent weeks. The same applies for the car park at Jolimont as well. Chief executive Kevin Roberts may have taken over from James Sutherland but not so his parking spot, after deciding to stay in his old park. We hear leading Jolimont spinner Tim Whittaker, whom you may see from time to time accompanying CA's bigwigs to press conferences, has taken the position vacated by Sutherland.