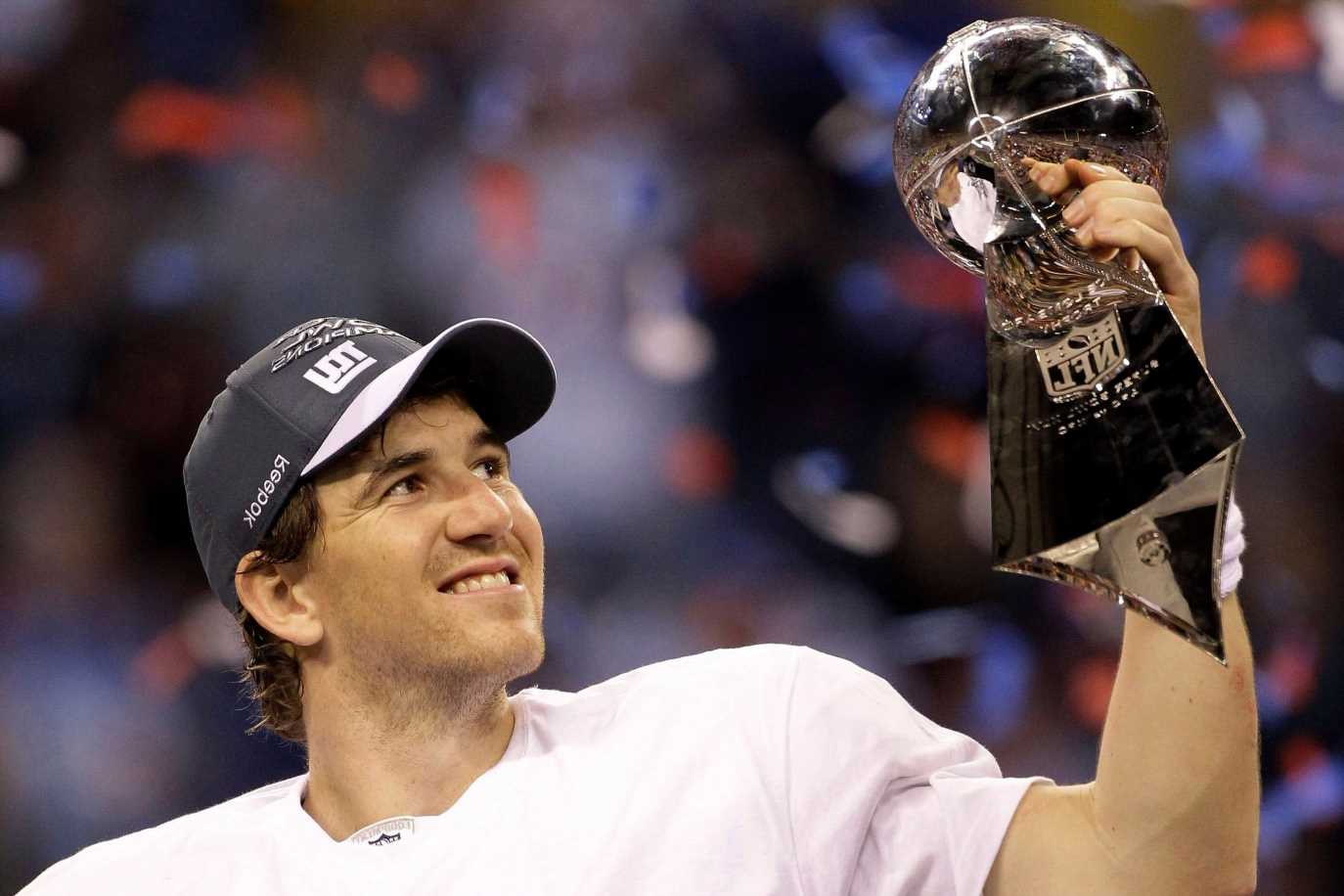 Eli Manning is returning to the Giants

When Carl Banks goes into business meetings and boardrooms, he often tries to survey the landscape by posing one question in two parts:

Banks knows all about his own Super Bowl moments, having won two of them as a fierce Giants linebacker. Now, he is helping to commemorate the 10th anniversary of the Giants’ victory in Super Bowl XLVI with his own unique creative contribution. He has designed a special Starter jacket and a T-shirt series to mark that NFL title, which will be highlighted by a Reunion Weekend, when that championship team will be honored at halftime of the Giants-Rams game Oct. 17 at MetLife Stadium.

“Aside from marriage and childbirth, it is the most memorable moment that these guys have experienced,’’ Banks told The Post. “There is absolutely nothing like it. It’s a reunion literally of the most precious moment they’ve ever had together as a team. Guys go their separate ways, 10 years removed from something, life takes over. But then you go back in time and you just morph back into those feelings you had for your teammates.’’

Banks, 58, remains a familiar face around the Giants, a fixture on their radio broadcasts and in-house video shows. With his company, G-III Sports by Carl Banks, he is also heavily involved in the world of fashion, making him a natural fit to design what he calls “a wearable moment’’ for this particular anniversary.

When Pete Guelli was hired two years ago by the Giants as senior vice president and chief commercial officer, one of his goals was to reach out to former players to get them back into the franchise fold. He wanted to increase Banks’ profile even further.

“You can clearly see we’re taking a more deliberate approach with how we work with key alumni,’’ Guelli told The Post. “With [Banks’] status as one of our most iconic players and the success he’s had in the apparel business, it was a natural progression that we would take this step and start working together.’’

Giants co-owners John Mara and Steve Tisch believed the championship that came after the 2011 season needed to be feted — Mara called it “an incredible achievement in our franchise’s history’’ — because the team was 7-7 after 14 games before reeling off a titanic six-game winning streak to bring back the fourth Lombardi Trophy in franchise history.

That team will assemble again Oct. 17.

“Reaching the mountaintop with a group of men in professional sports creates an unbreakable lifelong bond that is hard to explain,’’ said Lawrence Tynes, whose game-winning field goal in overtime against the 49ers in the NFC Championship game sent the Giants to the Super Bowl. “We’ve lost some of our brothers from that team [Tyler Sash, Mitch Petrus]. We don’t win Super Bowl XLVI without every individual man’s contributions that season so those two guys will be on my mind all weekend.

“The Giants organization does an incredible job with these, based on our [Super Bowl] XLII 10-year celebration. To say I am excited is an understatement. I can’t wait to come back home.’’

Starting Wednesday, the celebration of that milestone will kick off with the launch of the “Bracket Challenge,’’ in which fans can visit the team’s Twitter account and vote for the top play from the 2011 championship season. The Eli Manning-to-Victor Cruz 99-yard touchdown hookup against the Jets in Week 16 figures to be the odds-on favorite to win.

The six plays in contention will be featured in a limited edition “ALL IN’’ collector series of T-shirts. “All In’’ was the battle cry used by safety Antrel Rolle to galvanize the Giantsdown the stretch in 2011.

In August, an eight-episode podcast series called “ALL IN NYG’’ will launch, revealing key storylines from the 2011 season. In addition, fans will have the opportunity to interact with members of the championship team through a series of virtual events during the 2021 season.

Guelli said Joe Judge, entering his second season as the Giants’ head coach, has encouraged the organization to highlight past success whenever possible.

“When you leave the game, that cheering stops, right?’’ Banks said. “And now to come back and feel the love and the appreciation of the fans, that’s the beautiful part of sports, there is an emotional connection, win, lose or draw. And when you win the ultimate game everybody has a story, everybody has a memory.’’