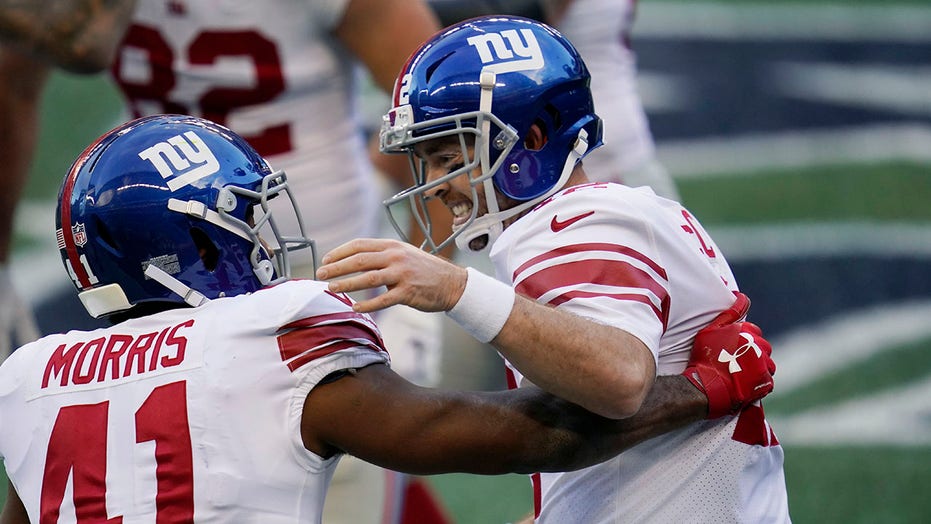 The New York Giants got maximum effort from the offense and the defense and stunned the Seattle Seahawks in their Week 13 matchup on Sunday evening.

The Giants sacked Russell Wilson five times, picked him off once and forced and recovered a fumble in the 17-12 win. New York got 135 rushing yards from Wayne Gallman and two touchdowns from Alfred Morris to push them to the five-point victory.

New York was forced to start Colt McCoy for the injured Daniel Jones. McCoy wasn’t overwhelmingly great but he didn’t need to be. He was only sacked twice and turned the ball over once. He was able to control the offense just well enough to keep the Seahawks off the field.

The Seahawks struggled to get the ball moving. The Seahawks were 4-for-13 on third downs and failed to convert twice on fourth down.

Wilson finished 27-for-43 with 263 passing yards and a touchdown. None of his receivers had over 100 receiving yards. D.K. Metcalf led the way with five receptions for 80 yards and one gnarly stiff arm to Giants cornerback James Bradberry.

New York, for now, has complete control of the NFC East. The Philadelphia Eagles lost to the Green Bay Packers and the Washington Football Team don’t play until Monday. The Giants are 5-7 and reach the five-win mark for the first time since 2018.

For Seattle, things are now murkier in the NFC West. The Los Angeles Rams moved to 8-4 with a win over the Arizona Cardinals. The San Francisco 49ers are not completely out of the playoff hunt either. Seattle really needed a win to start to pull away from their rivals.