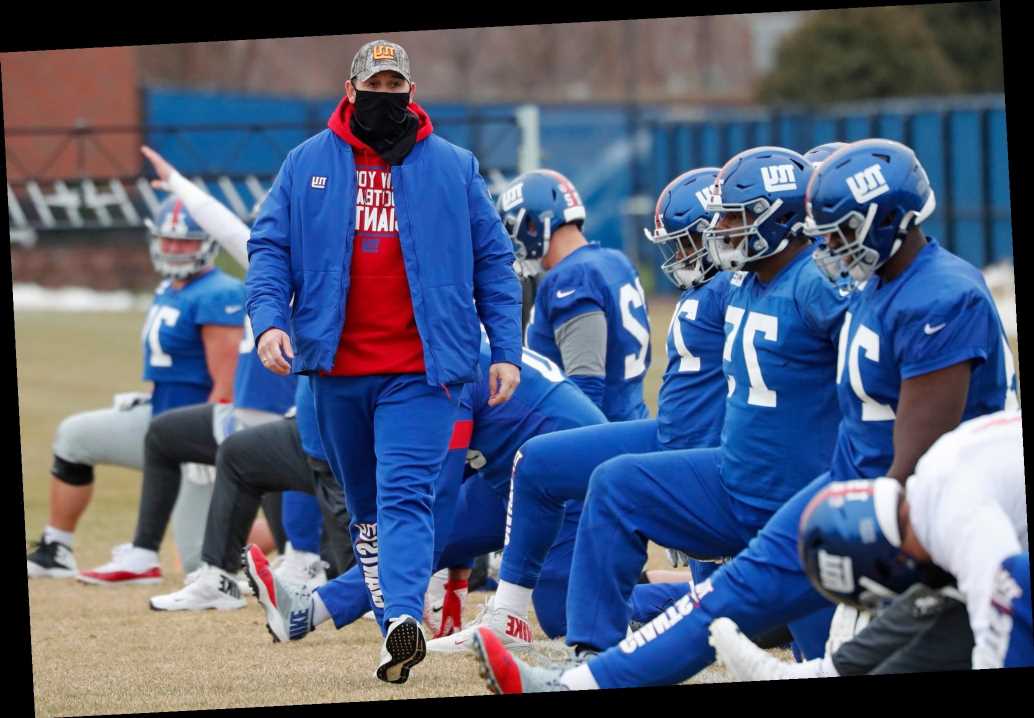 Veteran who caused Giants pain wants to send them to playoffs

Giants assistant is pitted against his former boss

The potential special teams weapon Giants have yet to unleash

Such is the football and franchise life-cycle that current Giants coach Joe Judge turned 39 on New Year’s Eve and Eli Manning, the former Giants quarterback, turns 40 on Sunday — a day that could resonate with the Giants for years to come or else merely be remembered as a day for another sad ending to another sad season.

The difference between finishing 5-11 and 6-10 doesn’t amount to a hill of beans (“Casablanca,” check it out) in any season but this one, as there never really has been a season like this one.

Put to the side everything wacky and bad and unprecedented Judge had to deal with in his first year and concentrate strictly on the standings. That the Giants, at 5-10, have a chance at first place in the NFC East and the home playoff game that comes with the prize is whatever you deem it to be. Unfair? Silly? A scenario that begs for change in the league?

If all three teams end the regular season at 6-10, the Giants win the tiebreaker based on what would be the best record (3-1) against the other two teams. This season is so strange that the Giants can finish anywhere from first to last in the division.

This is the spot in the story for a pithy, meaningful comment from Judge, summing up what gaining admission to the postseason means, no matter how his team got there. That sentiment might be churning inside him. If so, he has kept it under wraps, doggedly refusing to let it out, not even once. In lockstep, his players often navigated around saying “playoffs’’ as if it were a curse word they dared not utter in public.

“It would mean a lot,’’ tight end Evan Engram said. “Everything being, the last three years here, obviously not up to standard. All the progress and work we put in this year, everything we’ve been through, we have to go out and execute and win this game for that to be a possibility. But it would mean a lot.’’

Engram, in his fourth year with the Giants, has never been in contention for the playoffs in Week 17. He said, “The energy is through the roof’’ for what awaits the Giants.

What exactly does await this team? A four-game winning streak got the Giants into first place and gave them control of their playoff fortunes, and the current three-game losing streak — outscored 72-26 — put them in a spot in which they need help.

If the Giants are able to do what they were unable to do in Week 5 — they lost at Dallas, 37-34, in their only shootout of the season — the Giants will await the results of the Washington-Eagles game later Sunday night. If the Giants’ season is extended, likely hosting Tom Brady and an NFC powerhouse, the Buccaneers, would be an astonishing way to move further into 2021.

The Cowboys, not long ago left for dead in the division, are also, improbably, alive.

The Giants left Texas the second week of October at 0-5, and it was fair to wonder if the team, and Judge, would ever win a game.

“There are a lot of things I look at with a very critical eye,’’ Judge said. “I do see a lot of improvement from the team as a whole. This is far from the team that played the Cowboys the first time.

This is the chance — quite possibly the last chance — for the Giants to show this improvement to their ownership, their fans and themselves.