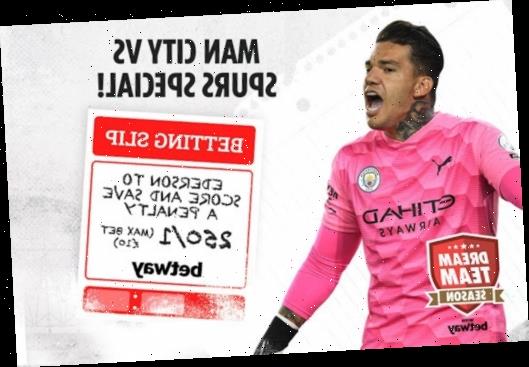 EDERSON could finally get the chance to step up from 12 yards this weekend – and Betway have a massive price boost on him to score a penalty and save one against Tottenham.

The Manchester City goalkeeper has been talked up as the best penalty taker at the club, and after Ilkay Gundogan's miss last week, it could be time for him to show it.

That price is available to all customers at a max bet of £10 and can be found here* on the Dream Team Betway specials market.

And if you don't already have a Betway account you can open one here* and claim a £10 bonus when you deposit £10.

City have now missed eight penalties since the beginning of last season with Gundogan missing against Liverpool last week.

And it's three DIFFERENT players who have missed from 12 yards just this season. 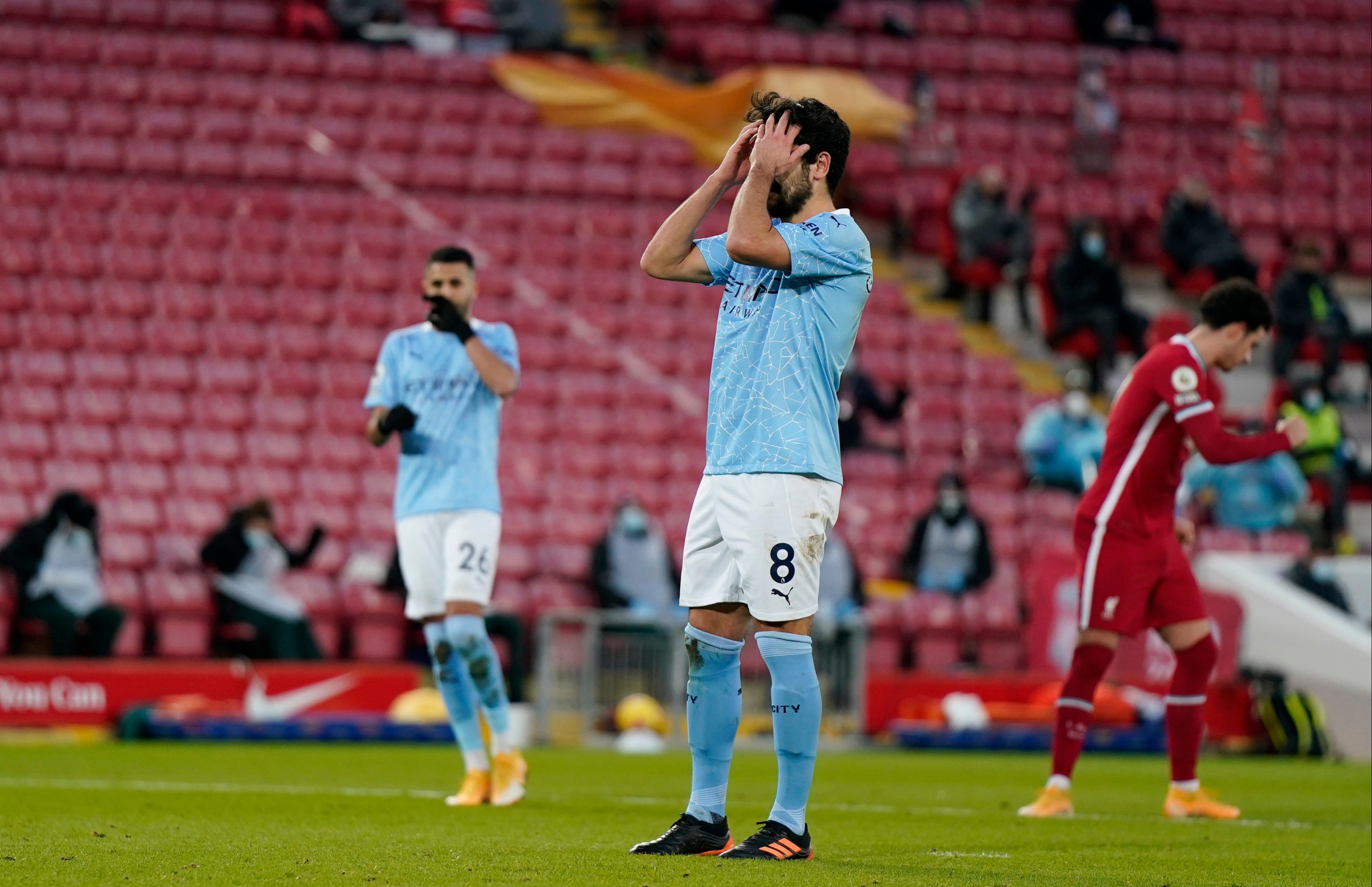 That has put the possibility of Ederson taking one back on the table.

Guardiola, speaking this week said: “He has to save the goals, make a good build up and after that we’ll see.

“It depends on the other players. Sergio is not fit, Kevin is a good taker but he’s not there.

“We’ll see – it depends on the line up but It’s an option, of course. He’s a good taker.

“The penalty taker has to have the personality and huge confidence in himself to shoot and score.”

While in November last year, Ederson said: "I am the best penalty taker but I am not chosen to take them." 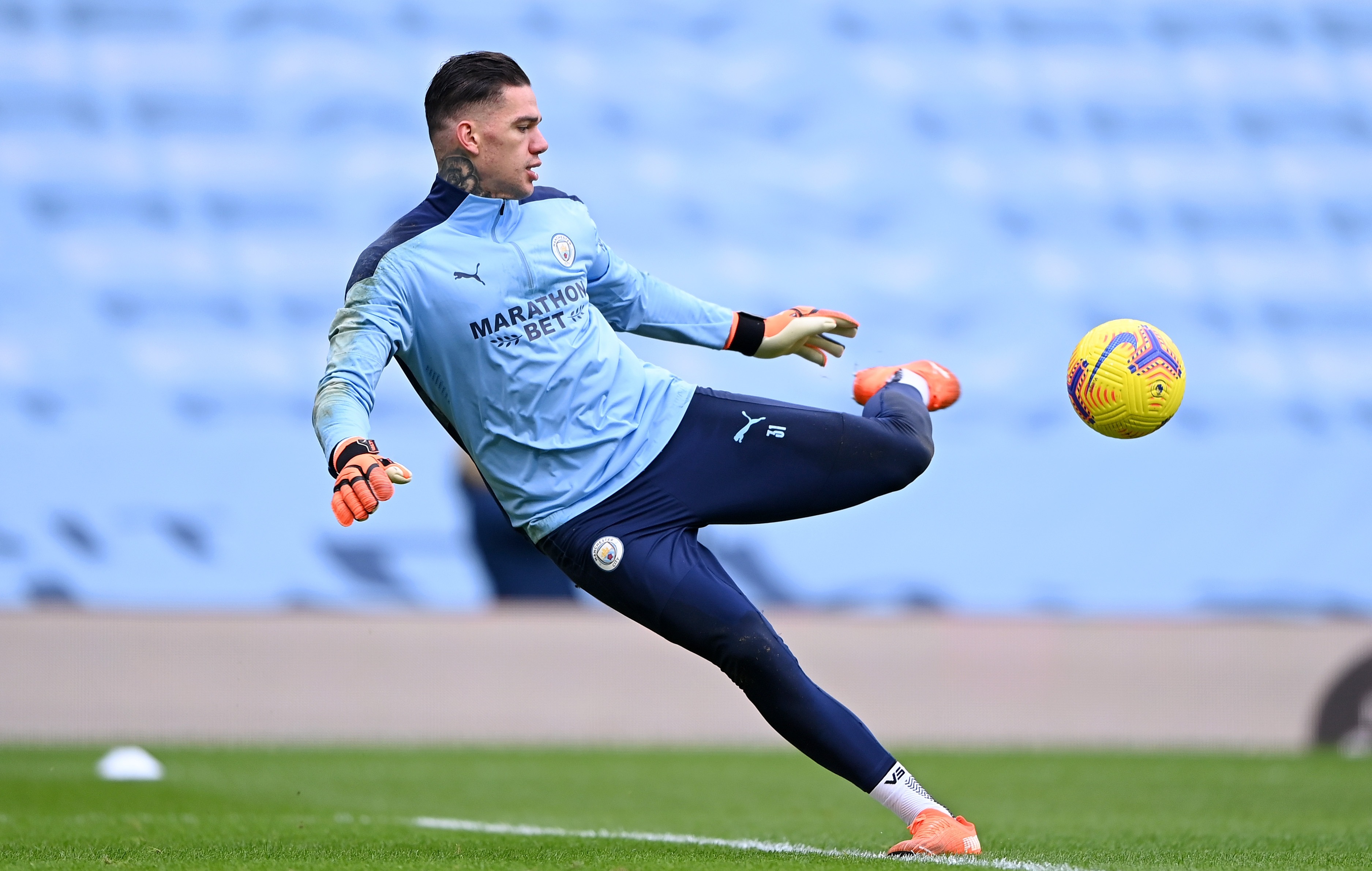 City remain without Sergio Aguero and Kevin de Bruyne, so Ederson would seem a real possibility this week against an out of sorts Tottenham team.

Tottenham have conceded five penalties already this season – the joint third most in the Premier League – and Jose Mourinho's defence looks disjointed.

This shipped five against Everton in the FA Cup during the week and with City's front line on fire – off the back of the 4-1 win over Liverpool – it would seem a good shout they will cause more problems.

City have won six penalties – scoring only half – while Tottenham have won three, scoring all three.

City themselves have conceded six penalties this season, so while it will take some doing for Ederson to score one and save one, this could be the game it all comes together.

*Terms and conditions: New customers only. Min Deposit: £10. First deposit matched up to £10. 1 x wagering at odds of 1.75+ to unlock Free Bet. Debit Card & PayPal deposits only. This offer is valid for 7 days from your new account being registered. Terms apply. 18+ Begambleaware.org