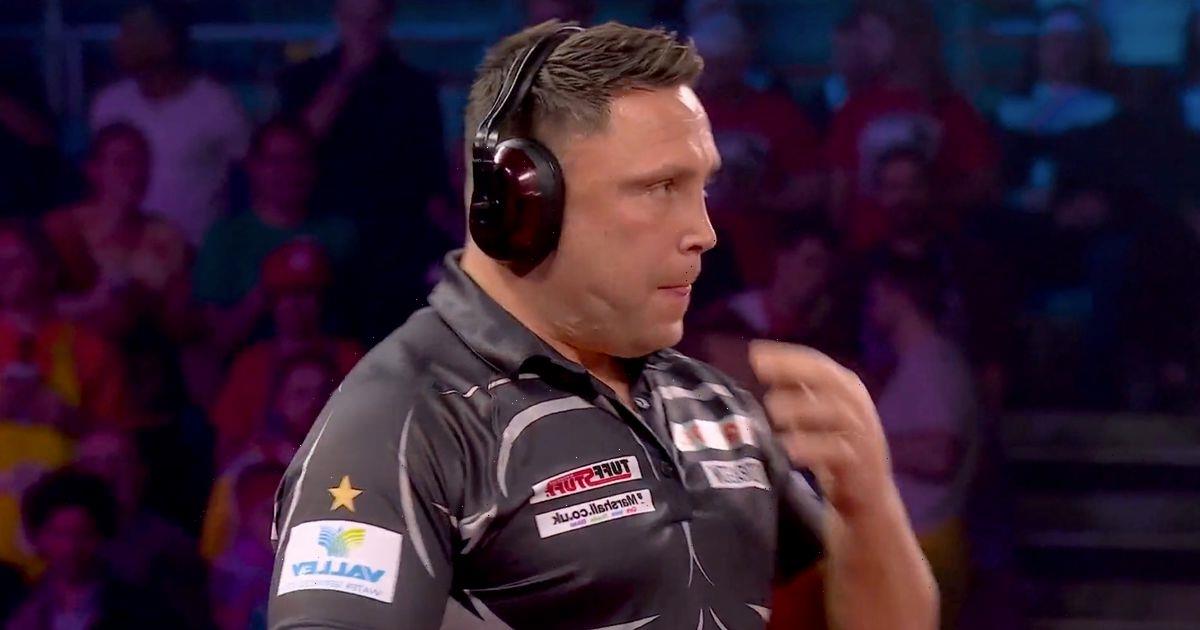 Offbeat news from the world of sport

World No. 1 Gerwyn Price has been dumped out of the World Darts Championship by Gabriel Clemens – despite wearing ear defenders.

At 3-1 down Price emerged wearing the protective ear gear to block out the noisy Ally Pally crowd, which was filled with Germans supporting Clemens. But he lost the next set and the final after switching to ear plugs instead to fall at the quarter-final stage.

The Iceman looked to following the script as he breezed the opening set 3-0. Clemens, however, remained unfazed as he levelled up the match before going into the ascendency.

It was during the break between the fourth and fifth sets that Price, who had been practicing with ear defenders on before the match, emerged with them on to leave everyone stunned.

He put his hands to his head as he gestured to the crowd after hitting a 180 with his first three darts, but they didn't help him past that point.

Clemens continued to outperform him, averaging just shy of 100 over the course of the contest, and cruised to a 5-1 victory to progress to the semis.

This is a breaking sports story and is being constantly updated with the latest news, pictures and videos. Please refresh the page regularly.

You can also get email updates on the day’s biggest sports stories straight to your inbox by signing up for our sports newsletter .

Get all the very best sports news, pictures, opinion and video by following Daily Star every time you see our name.

Keep up-to-date with your must-see sports stories, features, videos and pictures throughout the day by following us on Facebook at https://www.facebook.com/DailyStarFootball