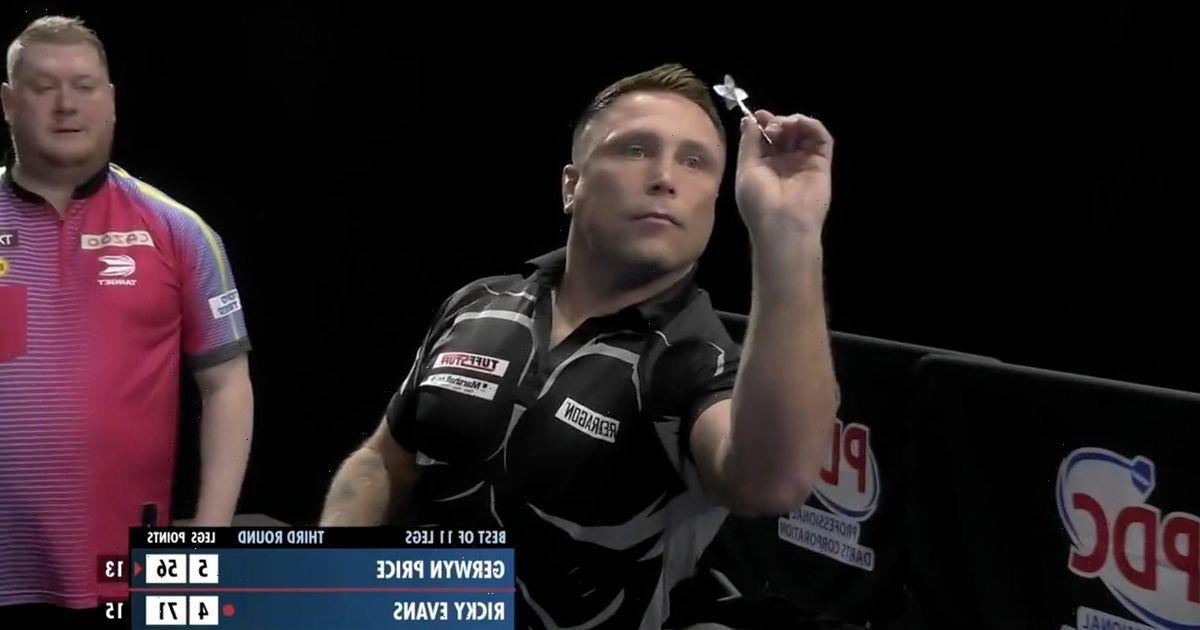 Gerwyn Price has bizarrely asked darts fans whether he should take a break from the game after his latest defeat.

He followed that up with a 6-2 loss to Ryan Joyce in the last-32 on Saturday before a quarter-final defeat to PDC rookie Josh Rock on Sunday. Price also lost 6-3 to Joe Cullen in the last-eight of night seven in the Premier League last week.

The Welshman revealed last week that he is playing with a fractured hand. And he posted an Instagram story on Sunday claiming he is currently playing his worst darts since he took up the sport as a professional in 2014.

That prompted the 37-year-old to pose a question to his 195,000 followers about whether he should take a small break from the game. Using the poll function, he asked: "Worst I've played since I started playing, should I take a few weeks off to recover or struggle on?"

As of 11am on Monday morning, 65% of respondents had urged Price to take some time off. If does indeed choose to take a break, it could play havoc with the Premier League schedule, which still has six weeks left to run.

Price has already missed one week of the Premier League, pulling out of night five in Brighton with a hand injury. On that occasion, his opponent, Joe Cullen, was awarded a 6-0 walkover victory.

Do you think Price should take a break from darts? Let us know in the comments section.

It is unclear what would happen to the former world champion's remaining matches if he feels the need to step away from darts for a short period of time. As it stands, the Iceman is sixth in the table with nine points, meaning he is still in contention for the play-offs.

The star revealed last week that he should be wearing a plaster to help with his fractured hand. "I was still in discomfort with my hand so I went back to the hospital and the X-ray showed a small fracture," said Price.

"The usual course of action would be to be put in plaster for four weeks, but with the Premier League and other events, that's not something I wanted.

"I'll be wearing the splint now other than when I'm playing darts, and making sure that I rest the hand enough when I'm not to allow it to heal properly. I've shown that I can still play good darts despite the injury and I'll be trying my hardest to get the win in Birmingham on Thursday [last week]."