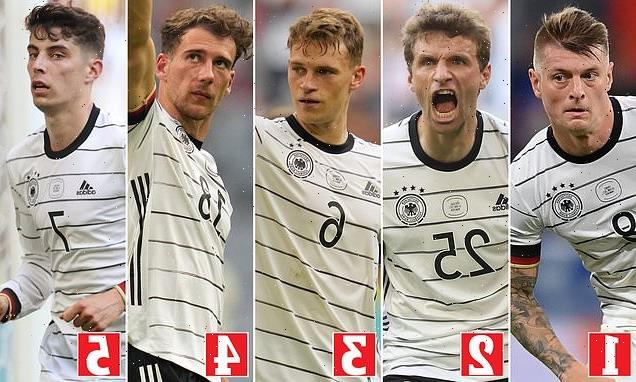 REVEALED: Germany’s secret list of penalty takers ahead of crunch last-16 clash with England… as opposition media boldly claim ‘if it is a draw we can hardly lose!’

Joachim Low has pre-selected his strongest takers from 12 yards and now the German media have revealed these to the world, ahead of the Wembley showdown.

Confidence appears high in the rival camp about winning the fixture from spot-kicks, so much so that Bild has offered up the takers, along with Low’s next three back-up men. 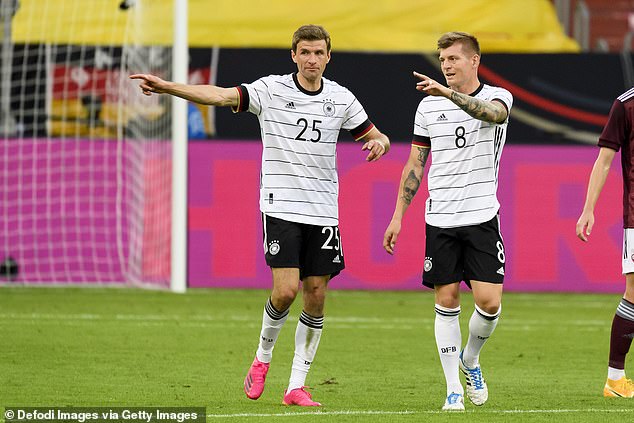 Toni Kroos would step up and take the first penalty, with Thomas Muller (left) going second

It was revealed on Tuesday morning that Toni Kroos, Thomas Muller, Joshua Kimmich, Leon Goretzka and Kai Havertz will be the first five stars, in order, to make the long walk from the halfway line to take a penalty – should they still be on the field.

This means Chelsea man Havertz, who scored the pivotal goal in the Champions League final last month, could have the deciding say with the last regulation pen before a shootout goes to sudden death.

Thereafter, Ilkay Gundogan, Marcel Halstenberg and Matthias Ginter will follow on next should they be needed.

The Germans have been busy talking up their chances from 12 yards, knowing they have a historical advantage over the Three Lions.

The trauma of Euro 1996 still lingers around England, after Germany defeated the host nation in a tense shootout which saw the now manager Gareth Southgate miss the decisive kick. 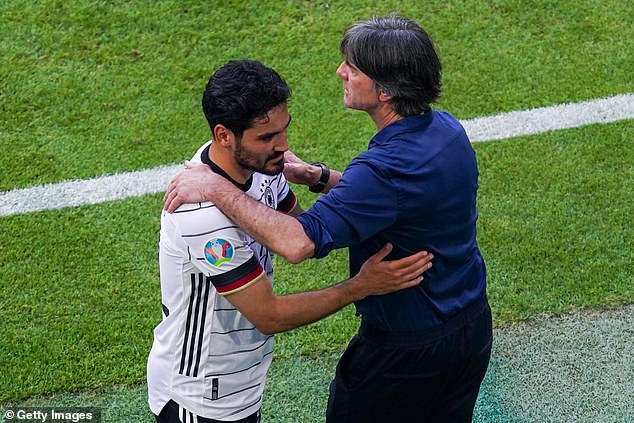 Such is in the confidence in the German media, Bild wrote on Tuesday: ‘ If it’s a draw after 120 minutes on Tuesday evening, we can hardly lose.

‘Penalty shootouts are our specialty. In major tournaments, Germany has only lost one out of seven penalty shoot-outs (European Championship finals in 1976 against the CSSR).

‘England, on the other hand, have lost six out of eight penalty kicks since the 1990 World Cup (against us, among others). 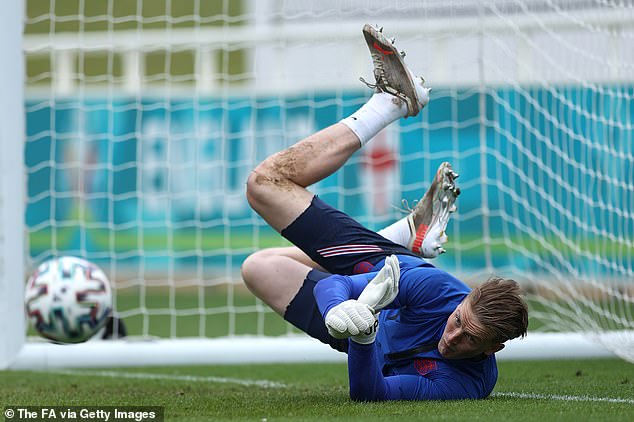 ‘Coach Gareth Southgate shot the last England shot as a player at the European Championship 1996 in the semi-finals against us.’

It has also been revealed that Low’s side have spent just a few days polishing their penalty techniques ahead of the contest, whereas England have been going over dummy-runs of a high stakes shootout since September.

Bild confidently add: ‘The players in our starting team are – no surprise – better than the English!

‘The eleven DFB players shot 94 penalties in their career and converted 76 of them with a hit rate of 80.85 percent. 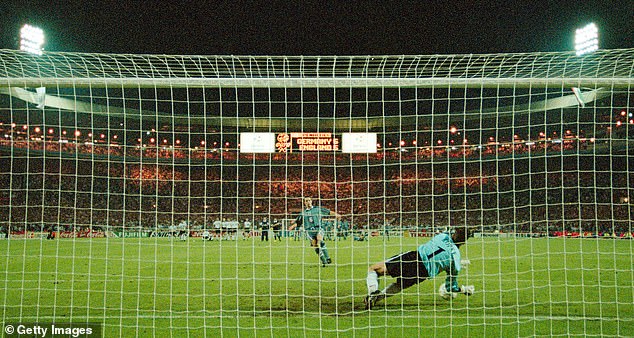 The trauma of Euro 1996 still lingers, when England lost a home nation shootout to Germany 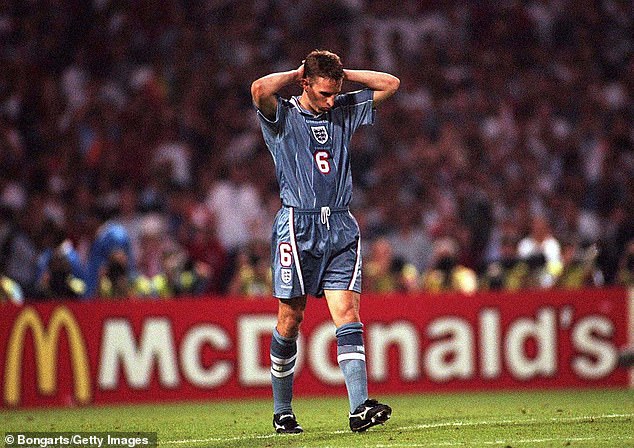 The winners of Tuesday evening’s Wembley showdown will go on to face either Sweden or Ukraine in the quarter-finals of the competition, before meeting Denmark or the Czech Republic thereafter in the semis.

Following France’s shock exit on Monday night at the hands of Switzerland, Southgate’s side have now been installed as marginal favourites to win the competition, alongside Belgium.