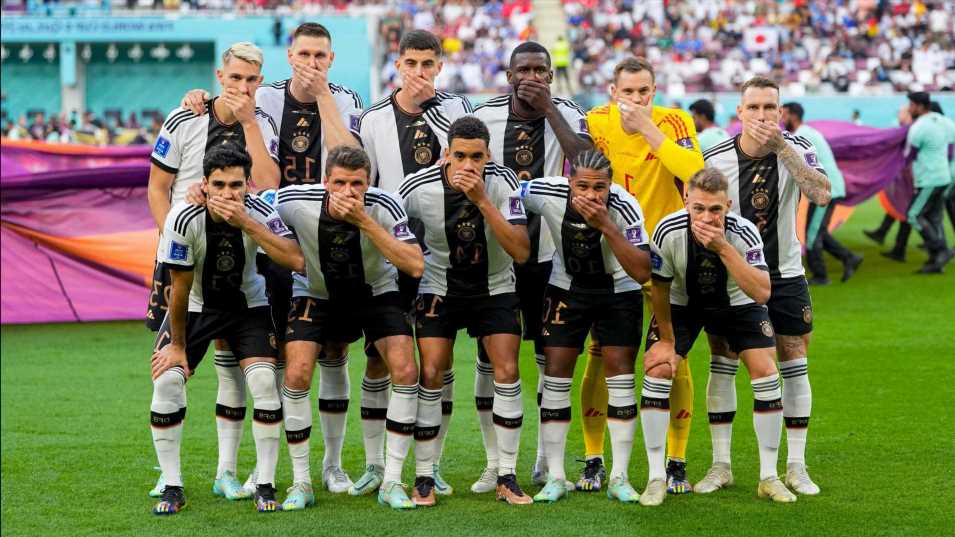 GERMANY sent a defiant message to Fifa with an iconic team photo ahead of their World Cup opener against Japan.

Hansi Flick's side were one of the seven European nations that planned on wearing the One Love armband. 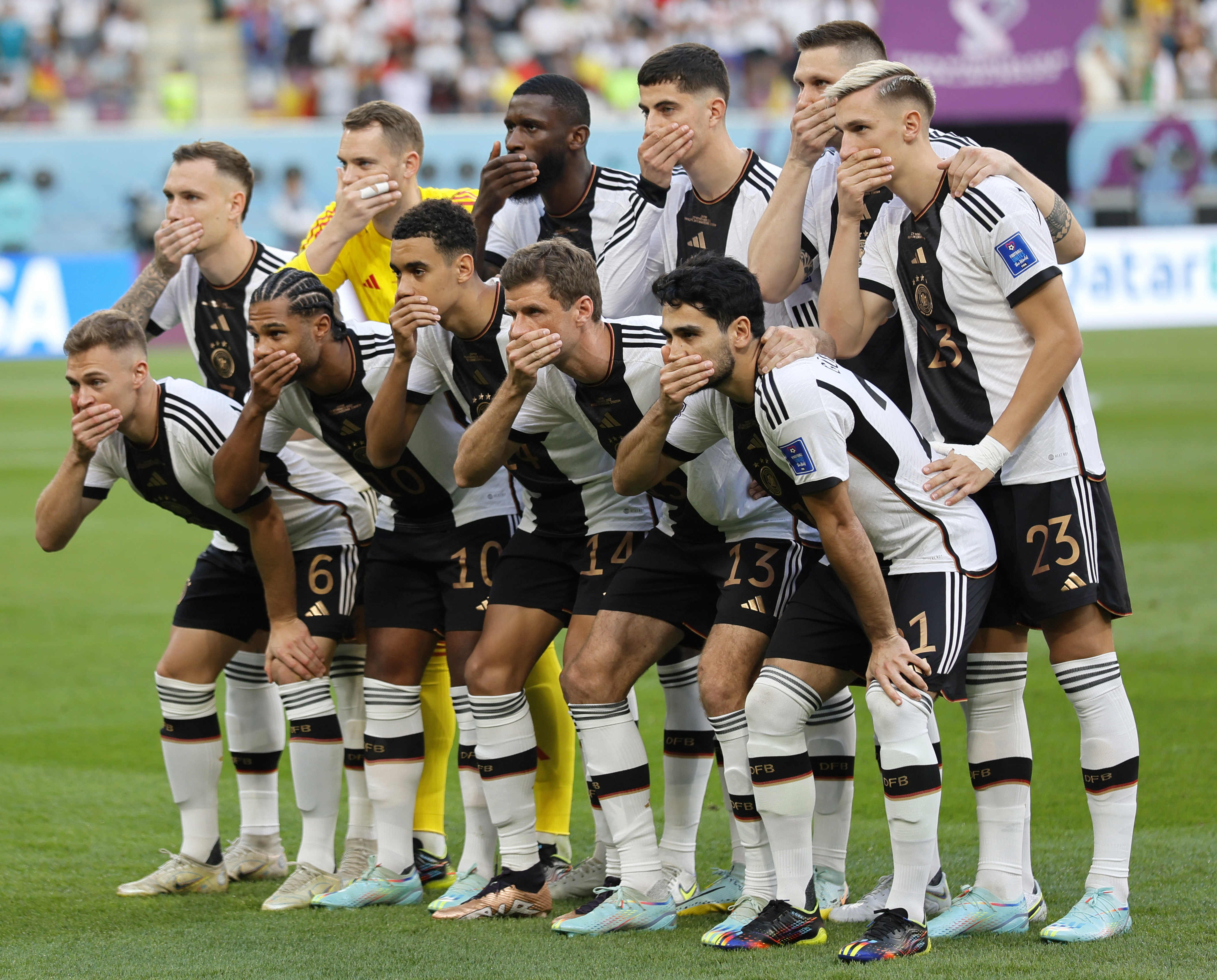 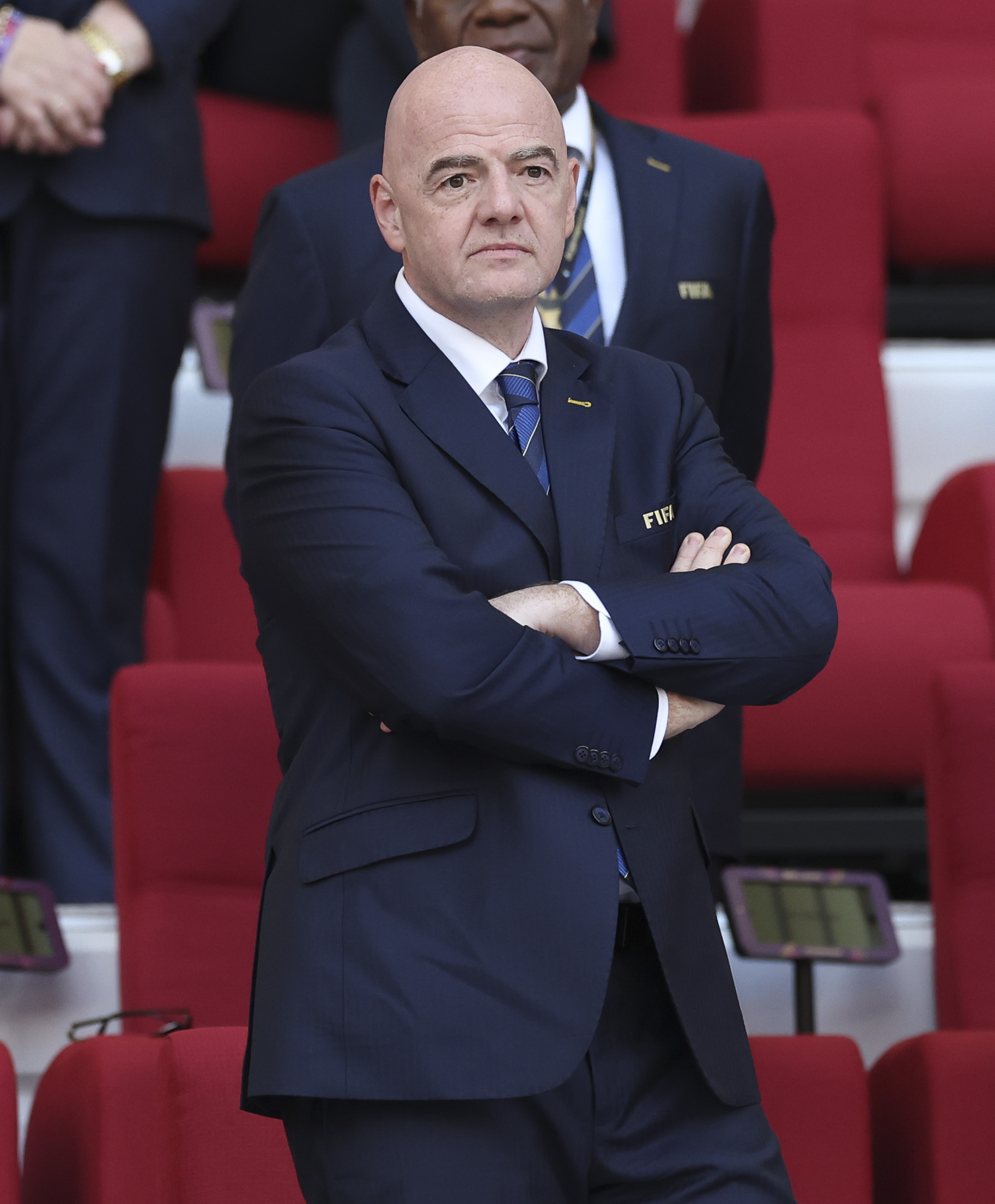 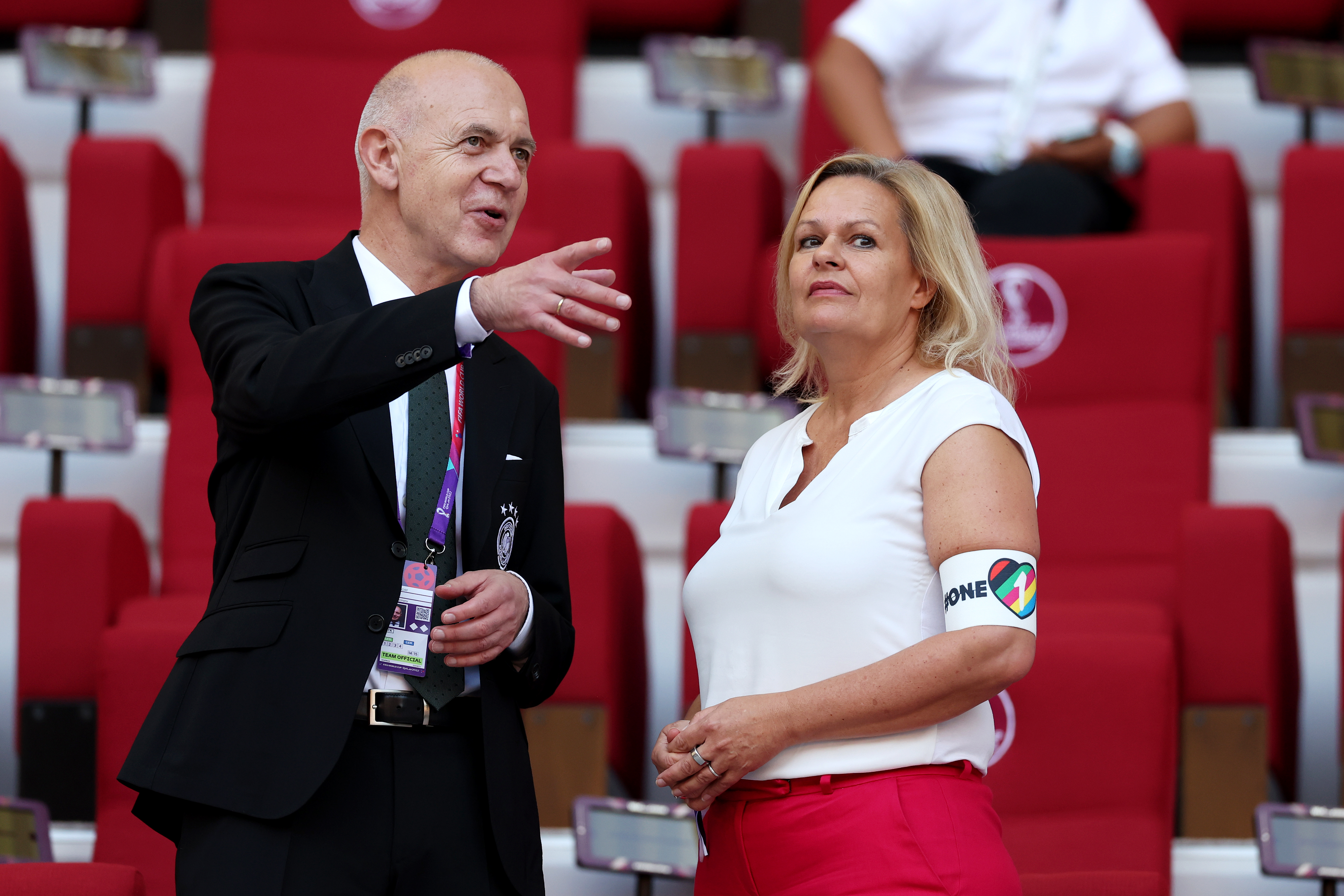 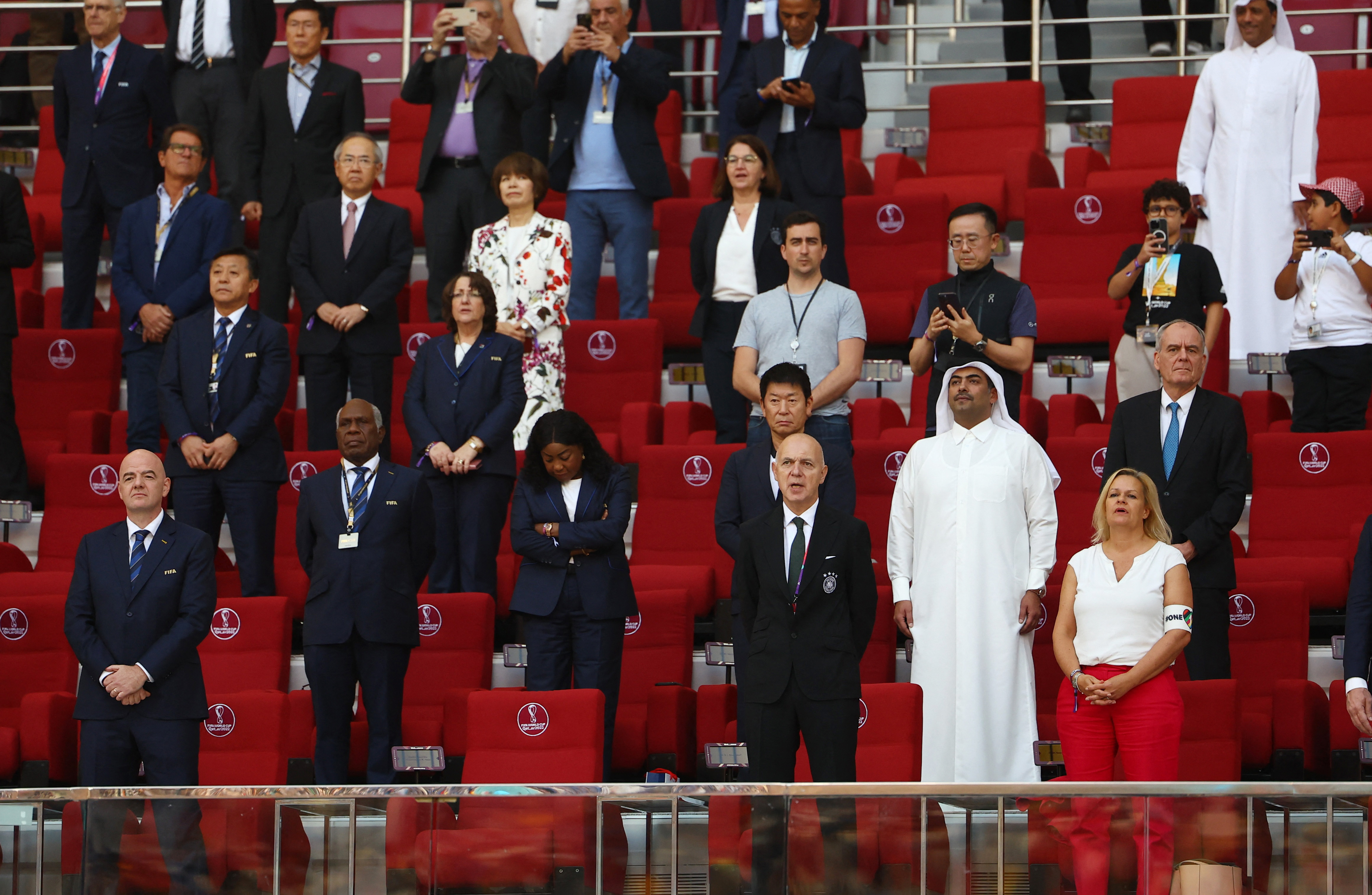 The armband has been used as a message of support and unity, especially for the LGBTQ+ community with England, Wales, Belgium, Holland, Switzerland and Denmark also set to join with Team DFB.

However, Fifa made a last-minute decision to ban the accessory – and threatened captains with yellow cards or even one-match suspensions prompting a U-turn from all seven countries.

It means captain and goalkeeper Manuel Neuer walked out with the regular generic 'No Discrimination' version instead.

But Germany's starting XI still made a protest of their own ahead of kick-off in Qatar.

The 11 stars, including Chelsea's Kai Havertz and wonderkid Jamal Musiala, lined up and all covered their mouths with their right hand – as if to say they have been silenced by the tournament organisers.

That includes Fifa president Gianni Infantino, who was in the stadium to witness the silent stand first hand.

Like Alex Scott on Monday, German Federal Minister of the Interior and Community, Nancy Faeser, showed her support by wearing the One Love armband inside the stadium – and even as she sat right next to Infantino.

The German and Japan players also wore training tops with rainbow colours on the sleeves for the warm-up at the Khalifa International Stadium – while Neuer's boots featured the colours too.

The official Team DFB Twitter account posted: “We wanted to use our captain’s armband to take a stand for values that we hold in the Germany national team: diversity and mutual respect.

"Together with other nations, we wanted our voice to be heard.

“It wasn’t about making a political statement – human rights are non-negotiable.

"That should be taken for granted, but it still isn’t the case. That’s why this message is so important to us.

"Denying us the armband is the same as denying us a voice. We stand by our position.”

He said: “About the One Love armband, together with the German FA and other countries, the German team wanted to do this and to take a stand.

“But now Fifa have threatened us basically with sanctions. The associations that played on Monday (England and Wales), it was very short notice.

“If you want to run a campaign like this together, you should stick to your decisions.” 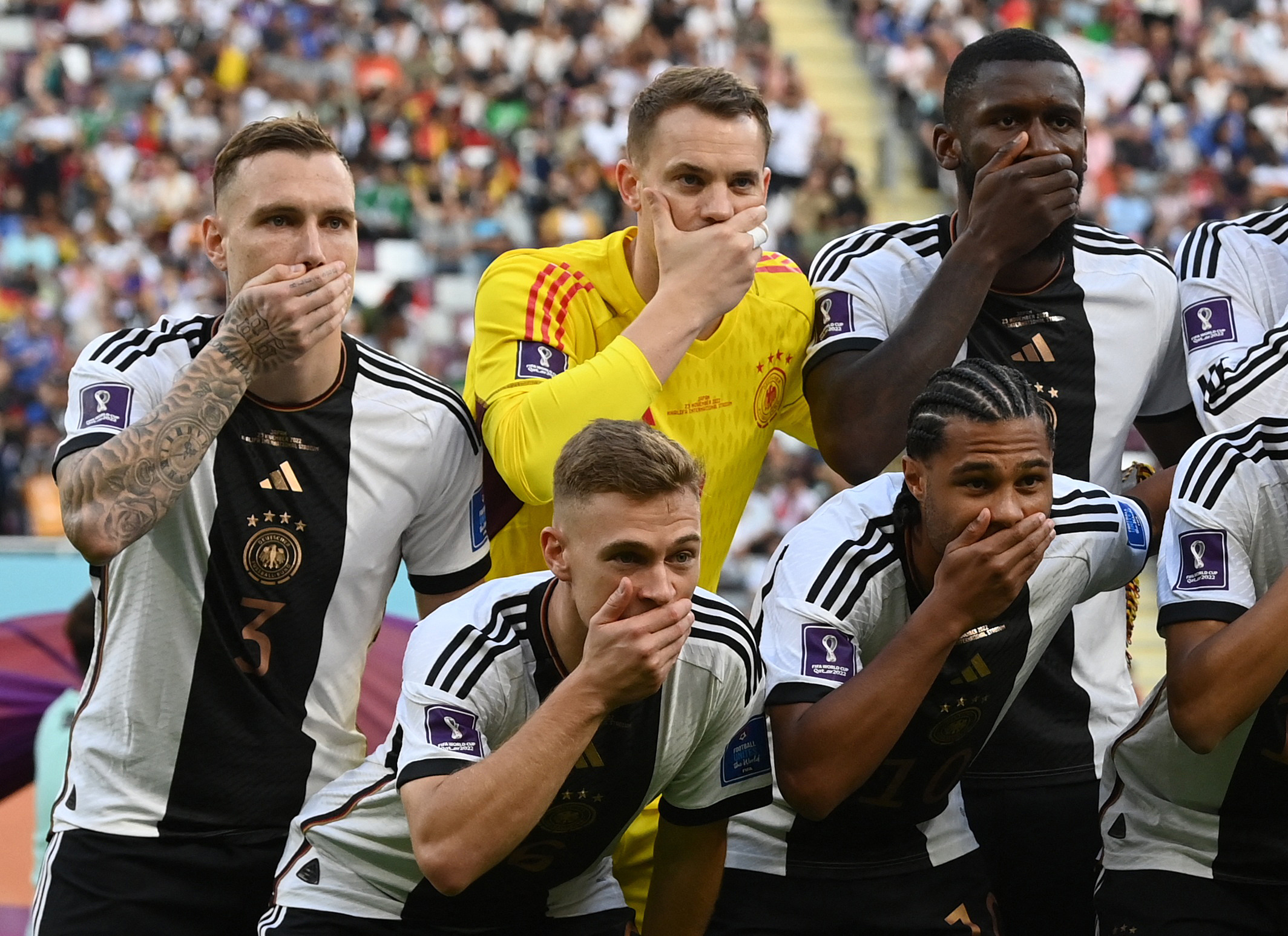 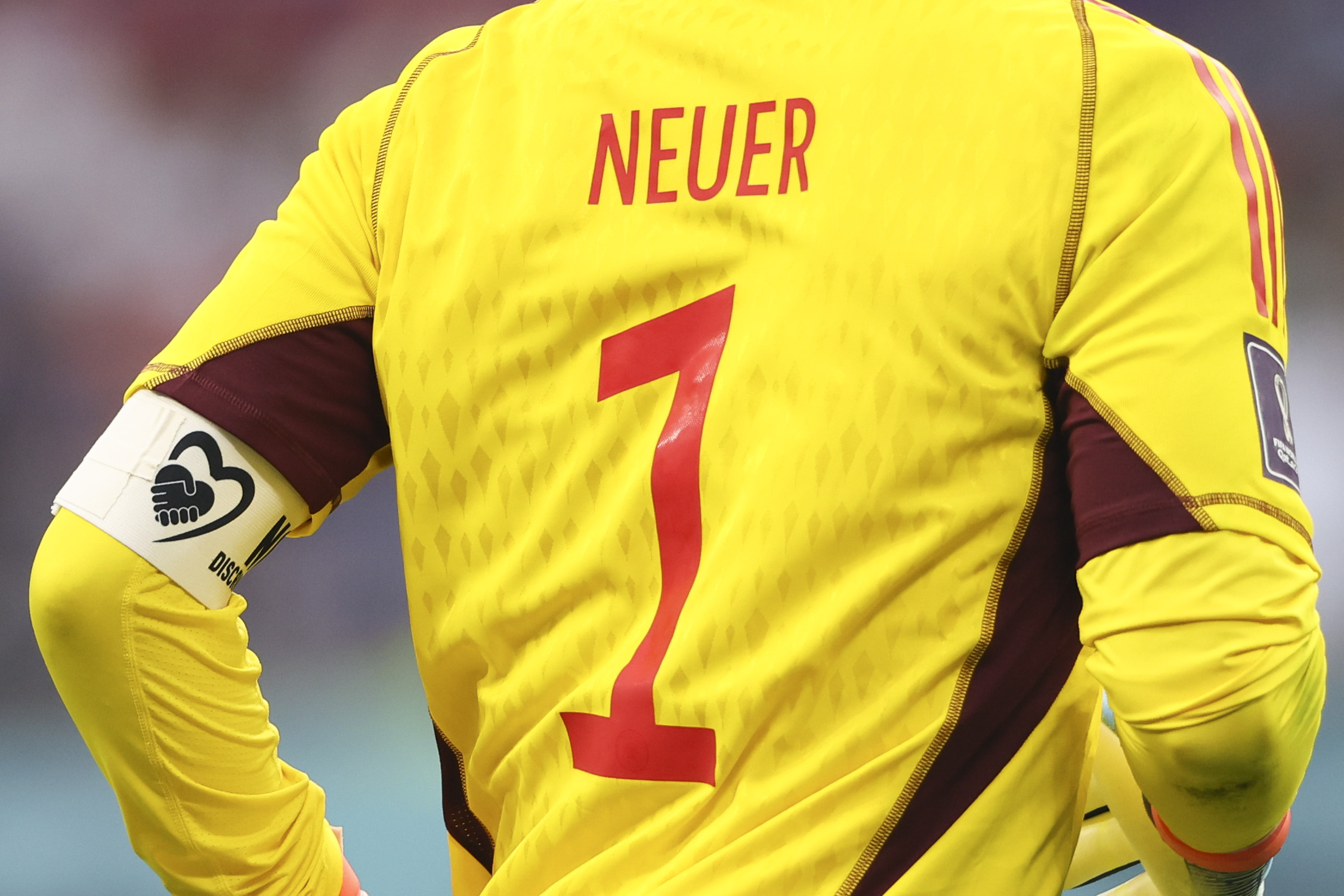 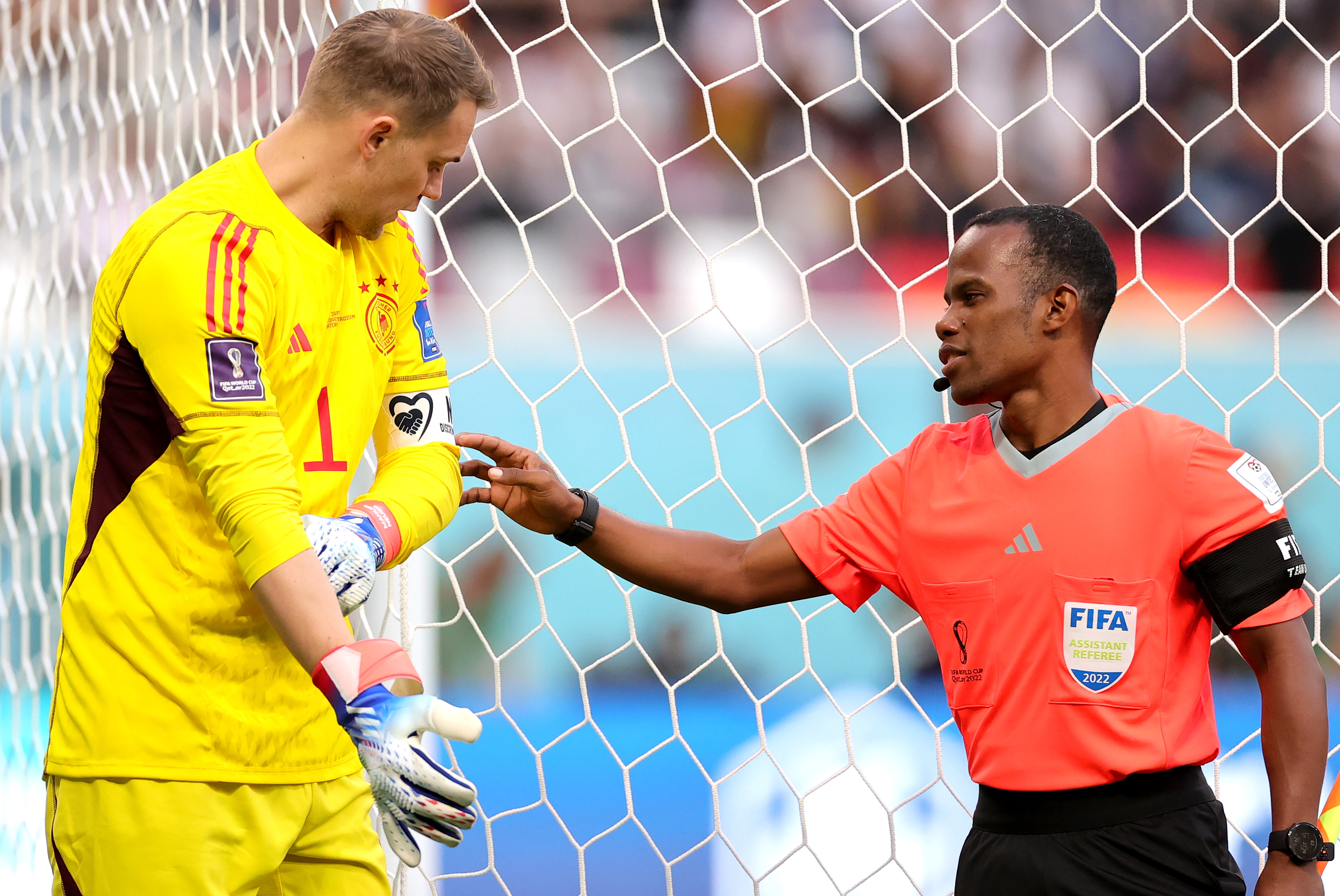 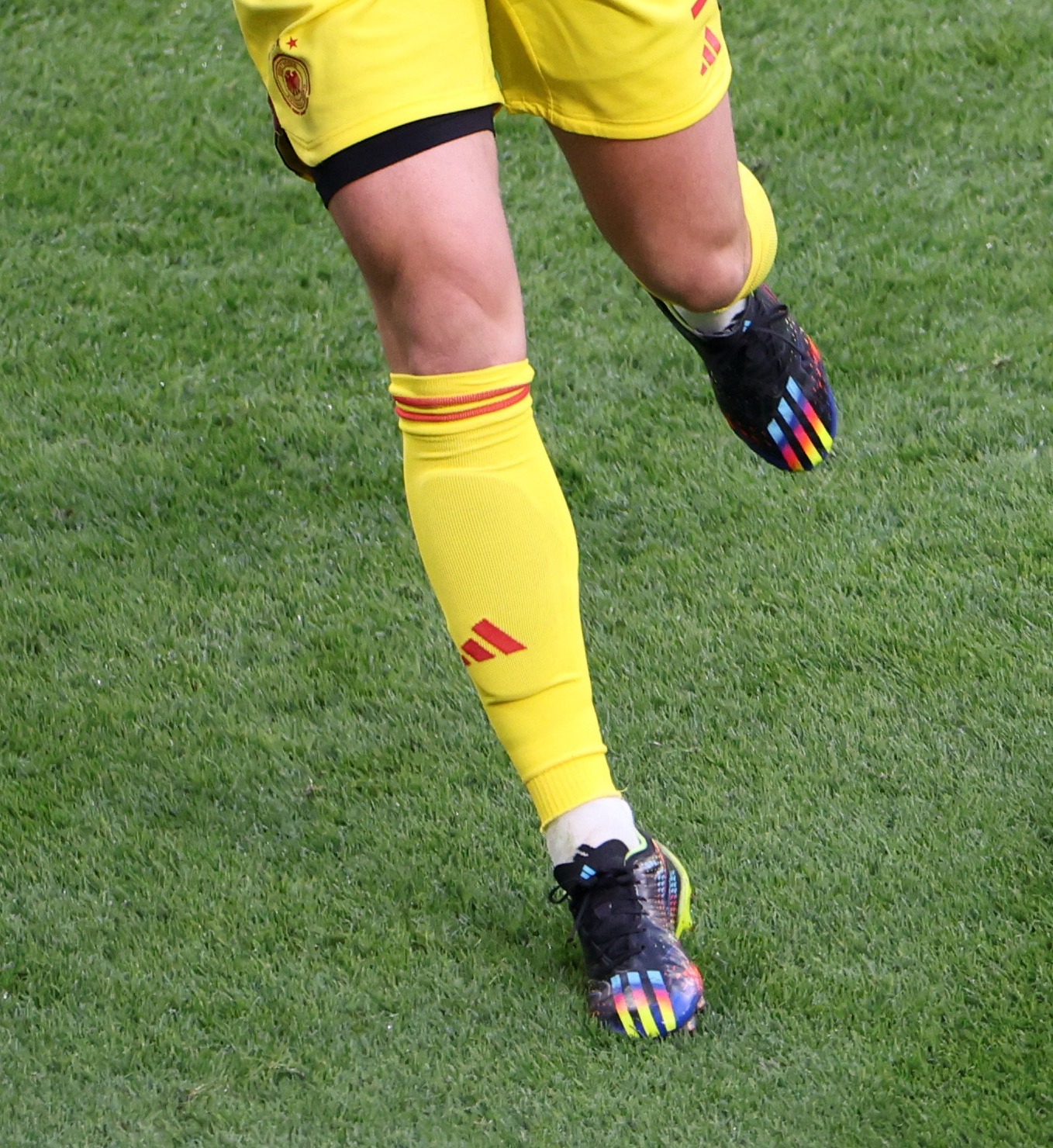 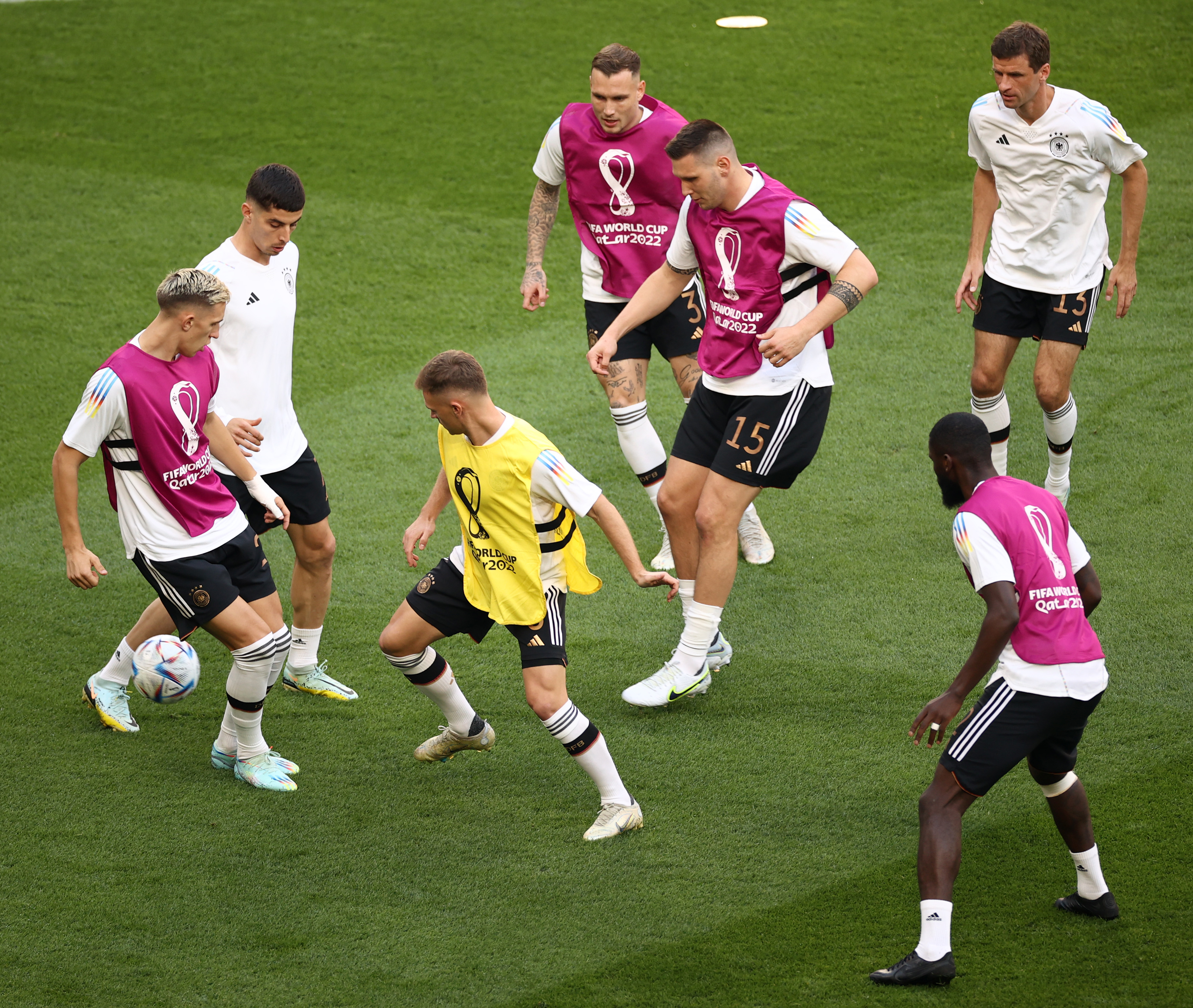 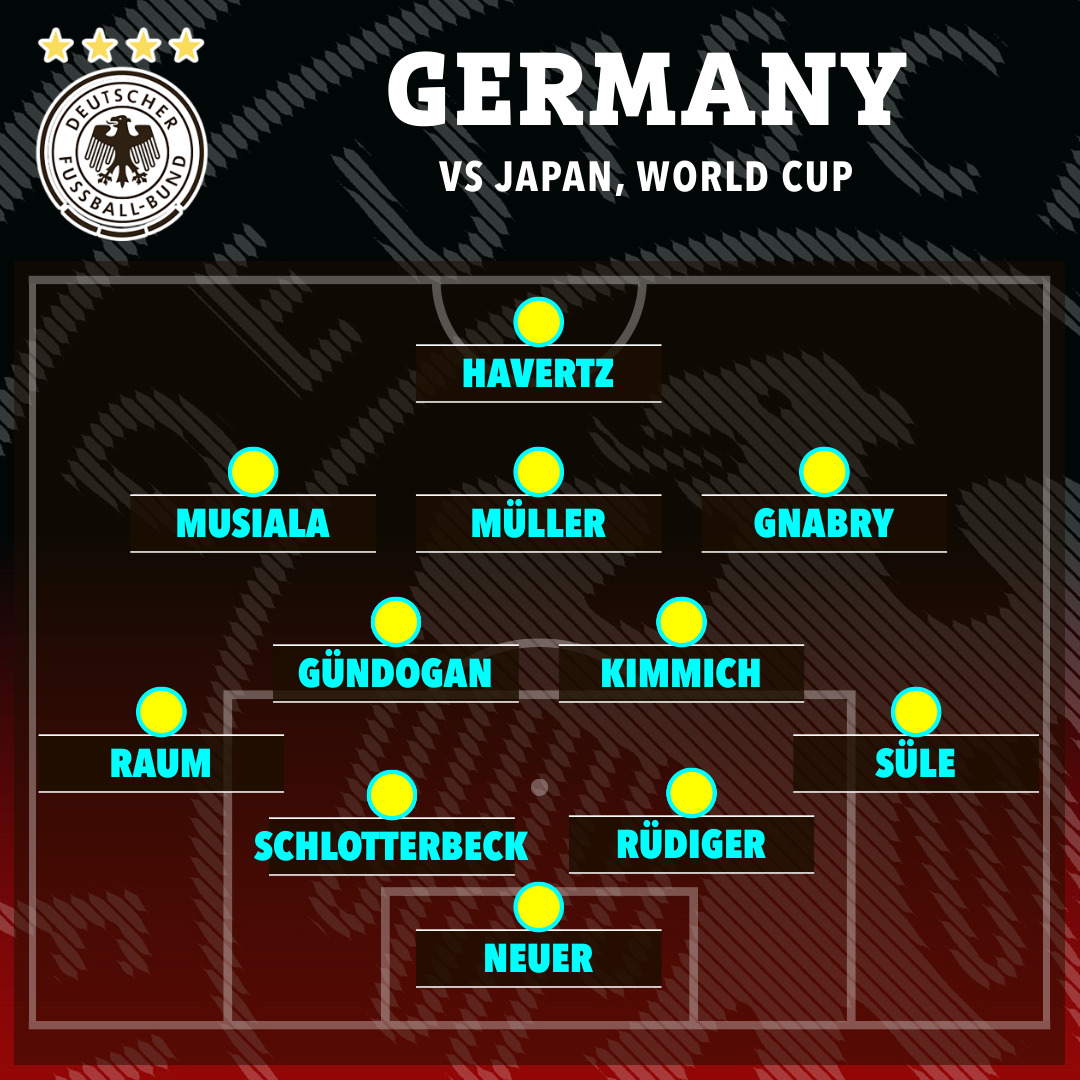