Thanks to a last-minute VAR decision, the men in pink knocked out the French side with a 3-1 win in Paris, after trailing 2-0 after the first leg.

Solskjaer's side are now in the final eight of the Champions League along with Tottenham, Porto and Ajax, while Liverpool, Manchester City, Bayern Munich, Atletico Madrid, Juventus, Schalke, Lyon and Barcelona all have to play second-leg matches.

Solskjaer replied to Neville: Fantastic night eh? I'm just going to do my best until the summer and see what the club decides.

"Tonight we have to remember, a fantastic night, the spirit of Man United, great to see the boss in there after the game.

"The lads were absolutely magnificent."

Neville then asked him: "I heard the lads through the dressing room door singing your name. They love you don't they?"

The 'Baby-faced Assassin' replied: "I don't know. They get results.

"We have a great relationship I have to say. And it's been fantastic coaching them, with Kieran, Michael, Demps, Mick. We're a great team together. 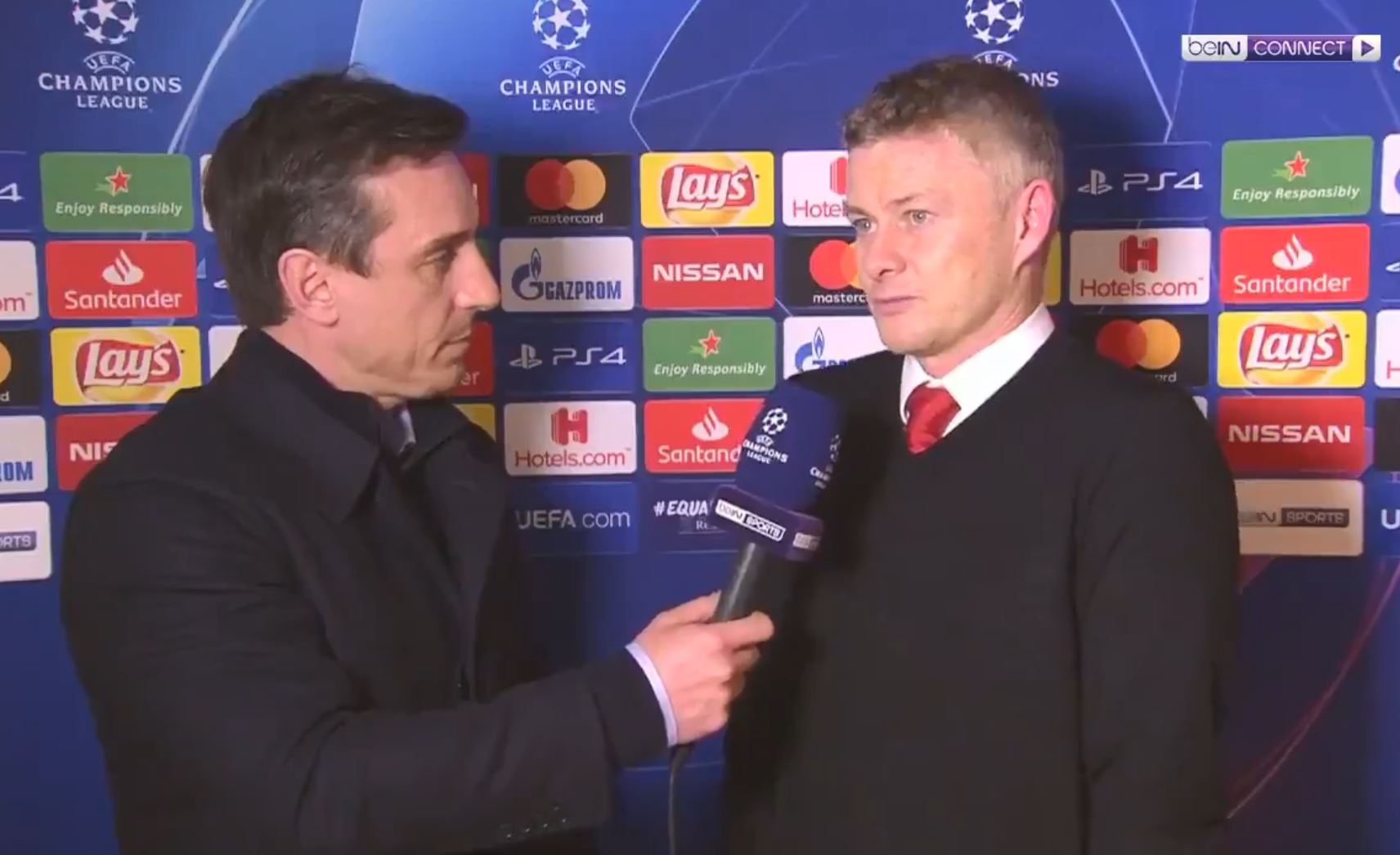 "We've been part of it ourselves, haven't we?"

Neville finished by asking: "Is that the greatest night in your coaching career?"

"Absolutely unbelievable. It was great to be there. These are the moments, you do it with your coaching staff, with the players, with the supporters.

"That's what football is all about doing it together."

Charlie (played by Derek Thompson) has been mingling in the background on Casualty of late, what with the nurse taking...