GARETH BALE was pictured icing his ankle after he was subbed off at West Brom.

The injury scare will concern Tottenham fans as the Welsh star has only just worked his way back to match fitness. 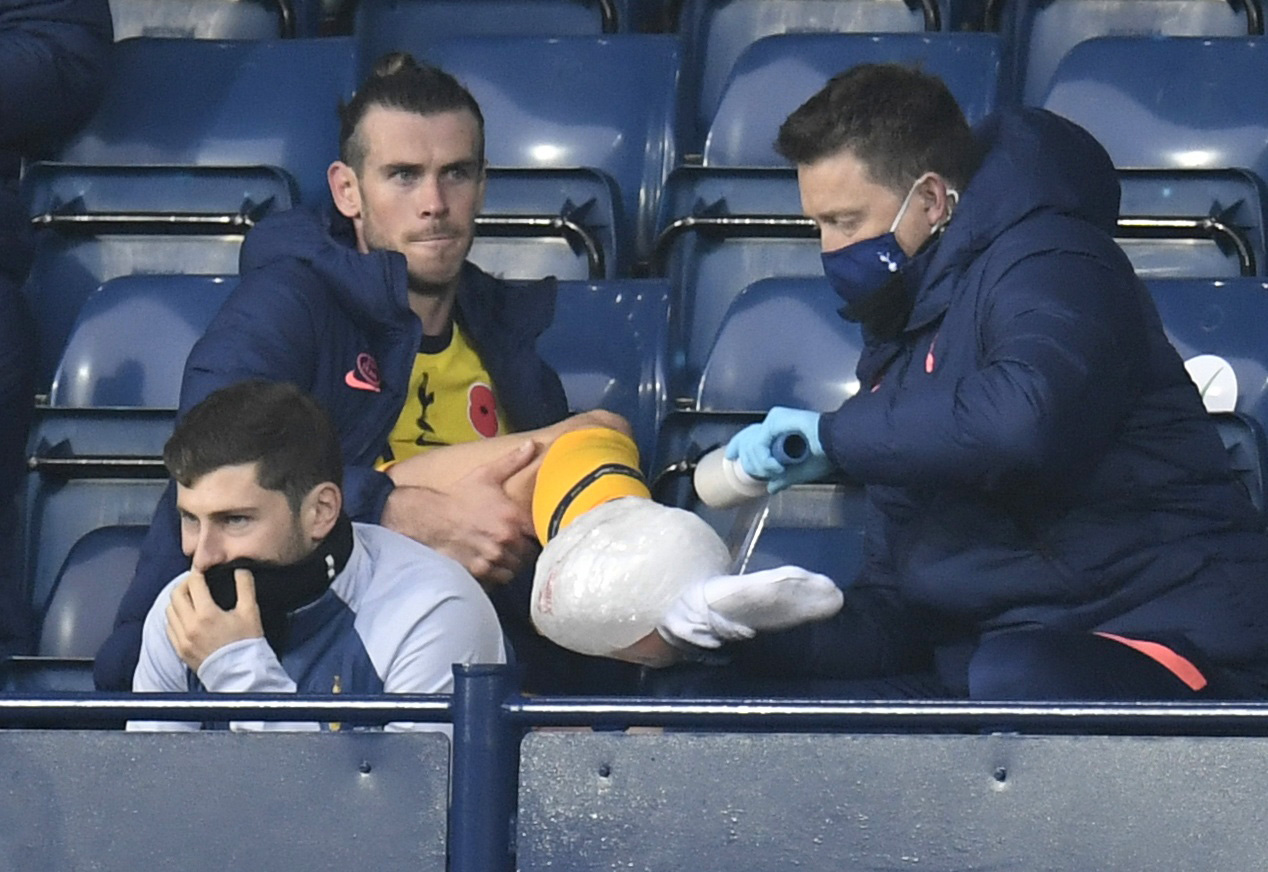 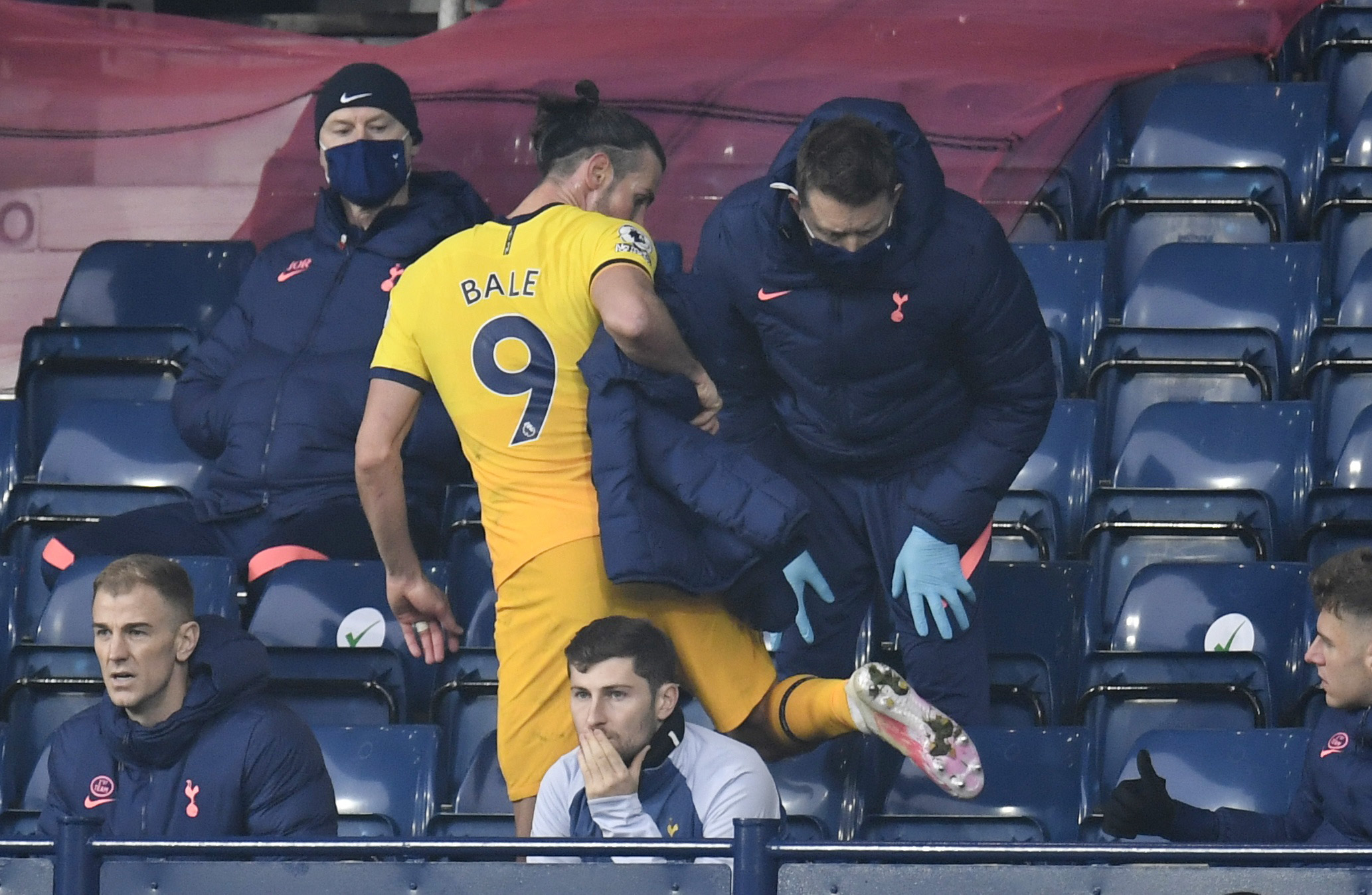 Bale was replaced by Lucas Moura in the 78th minute and immediately headed to the bench for treatment.

The winger was seen complaining to the physio as he sat down with his team-mates.

And soon after the ex-Real Madrid man had an enormous ice pack strapped to his right ankle.

The procedure is designed to treat swelling but the extent of the injury remains unclear.

Fans on Twitter were concerned the injury prone star could be facing some more time on the sidelines.

But some were more cynical and suggested it could be a ploy to keep the 31-year-old out of international duty.

Dyssey wrote: "Either it’s fake so he ditched international duty or the Bale injury bingo happened sooner than I thought."

Wales play the USA in a friendly on Thursday before two home Nations League games against Ireland and Finland on November 15 and 18.

And last week, Spurs boss Jose Mourinho admitted he feels 'uncomfortable' about Bale playing for his country because their assistant manager works for Arsenal.

Albert Stuivenberg, who is also No2 to Gunners boss Mikel Arteta, will help caretaker Robert Page with the Dragons squad next week after regular gaffer Ryan Giggs’ arrest for an alleged assault.

And Mourinho said: "It's not Giggs responsible for these matches and I'm sorry about it.

"Because for the previous fixtures he called me, we spoke about Ben Davies – not Gareth because Gareth was not there – and we shared opinions on the situation, which is probably not going to happen this time.

“National team matches should have coaches that work exclusively for them, not coaches who work for other clubs.”