The Welsh wonder is expected to be sidelined for at least a fortnight after damaging his calf against Villarreal on Thursday. 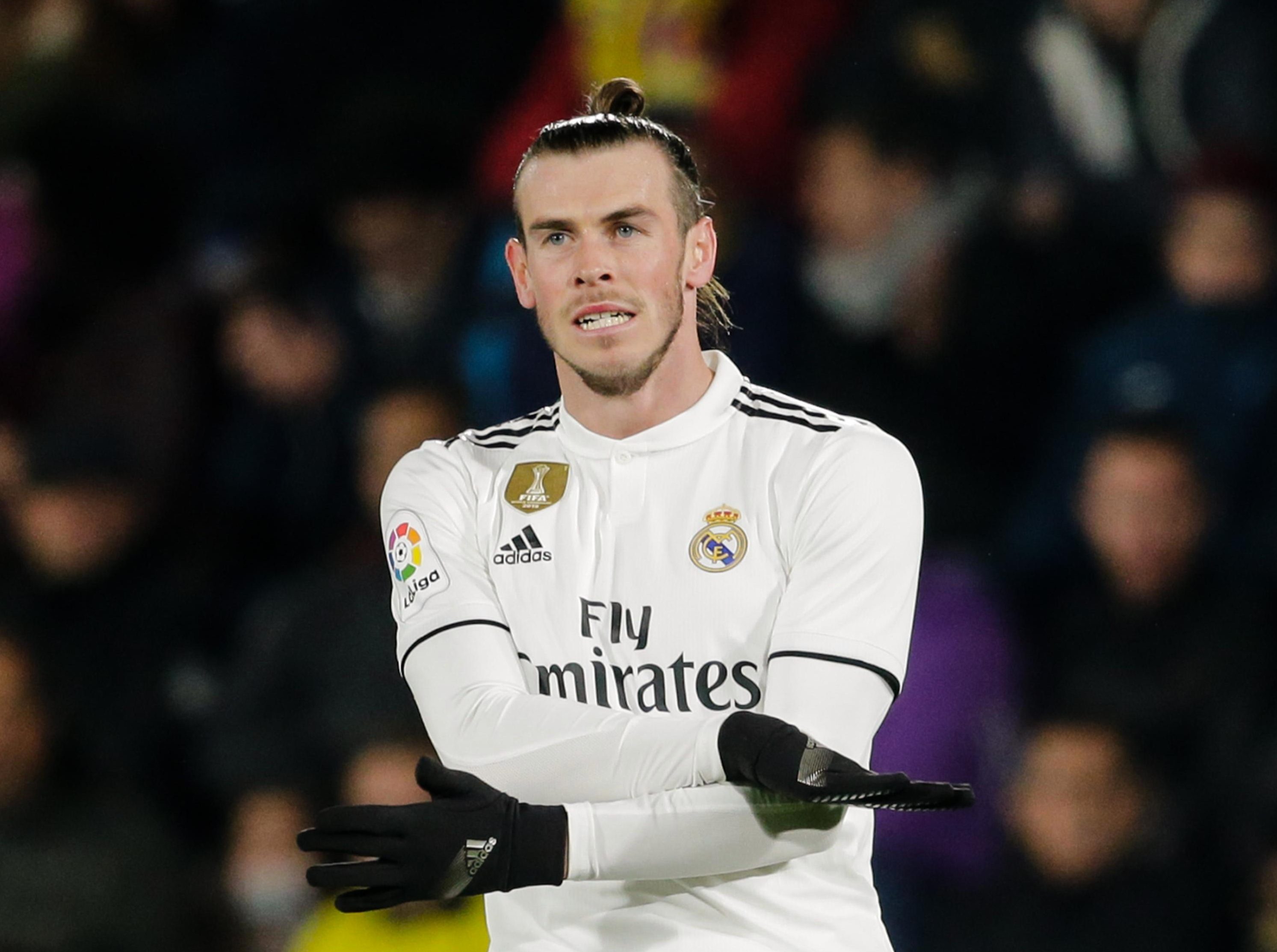 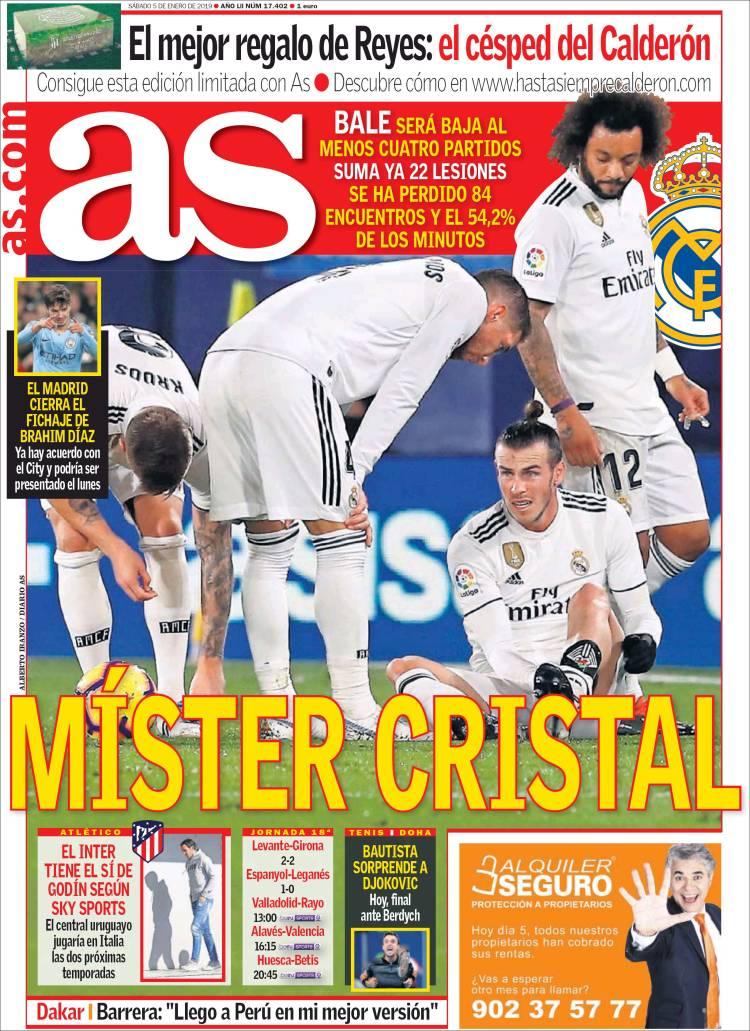 Bale, 29, was forced off at half time of the 2-2 draw that left Madrid’s hopes of catching La Liga leaders Barcelona in tatters.

And now he is not due to be back until the Galacticos take on Sevilla on January 19.

Spanish publication AS have shown no mercy to the forward following his latest setback.

And they have labelled the ex-Tottenham star “Mr Glass” on today’s front page as they detail his long-list of injury problems since his arrival at the Bernabeu. 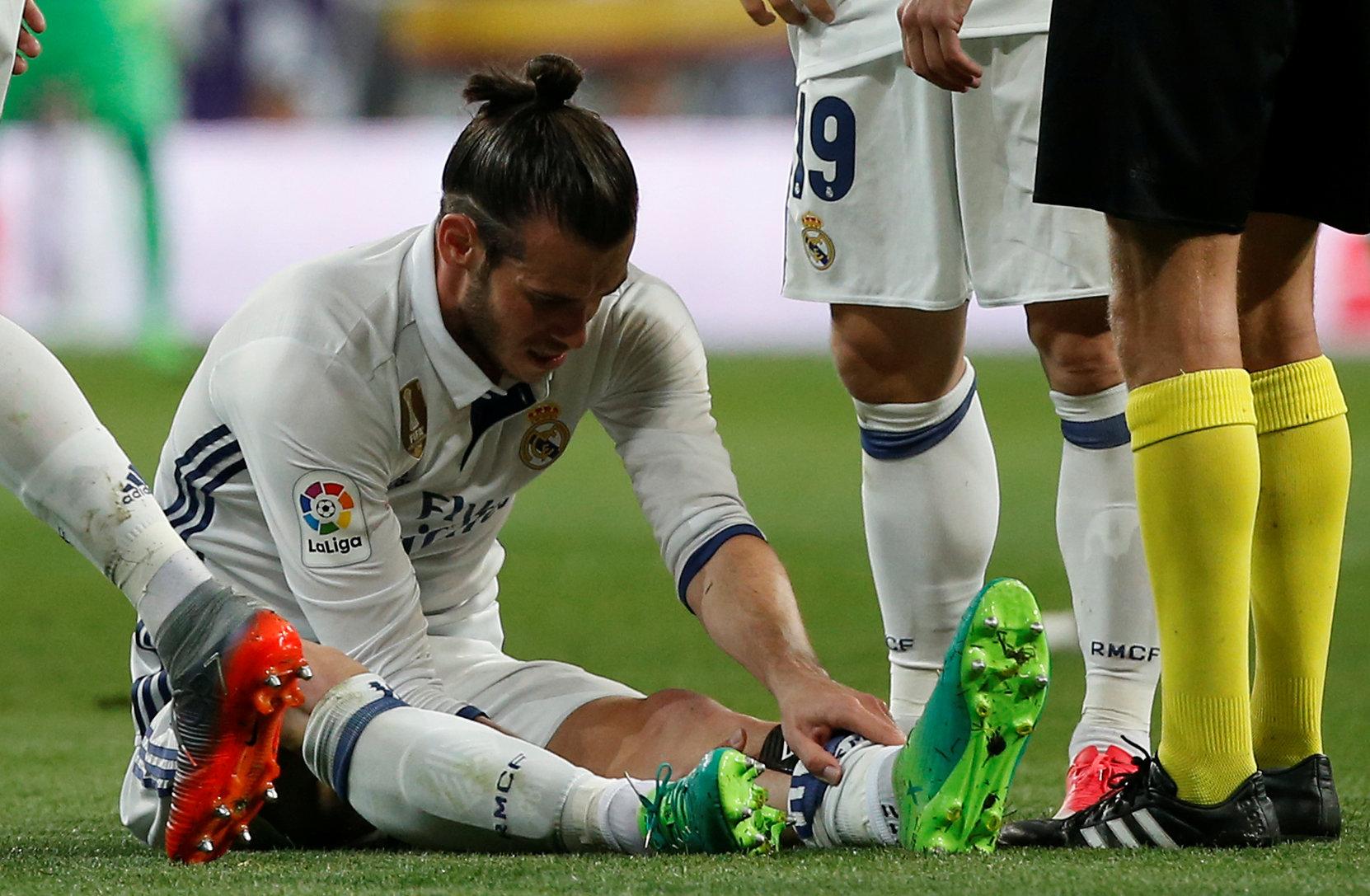 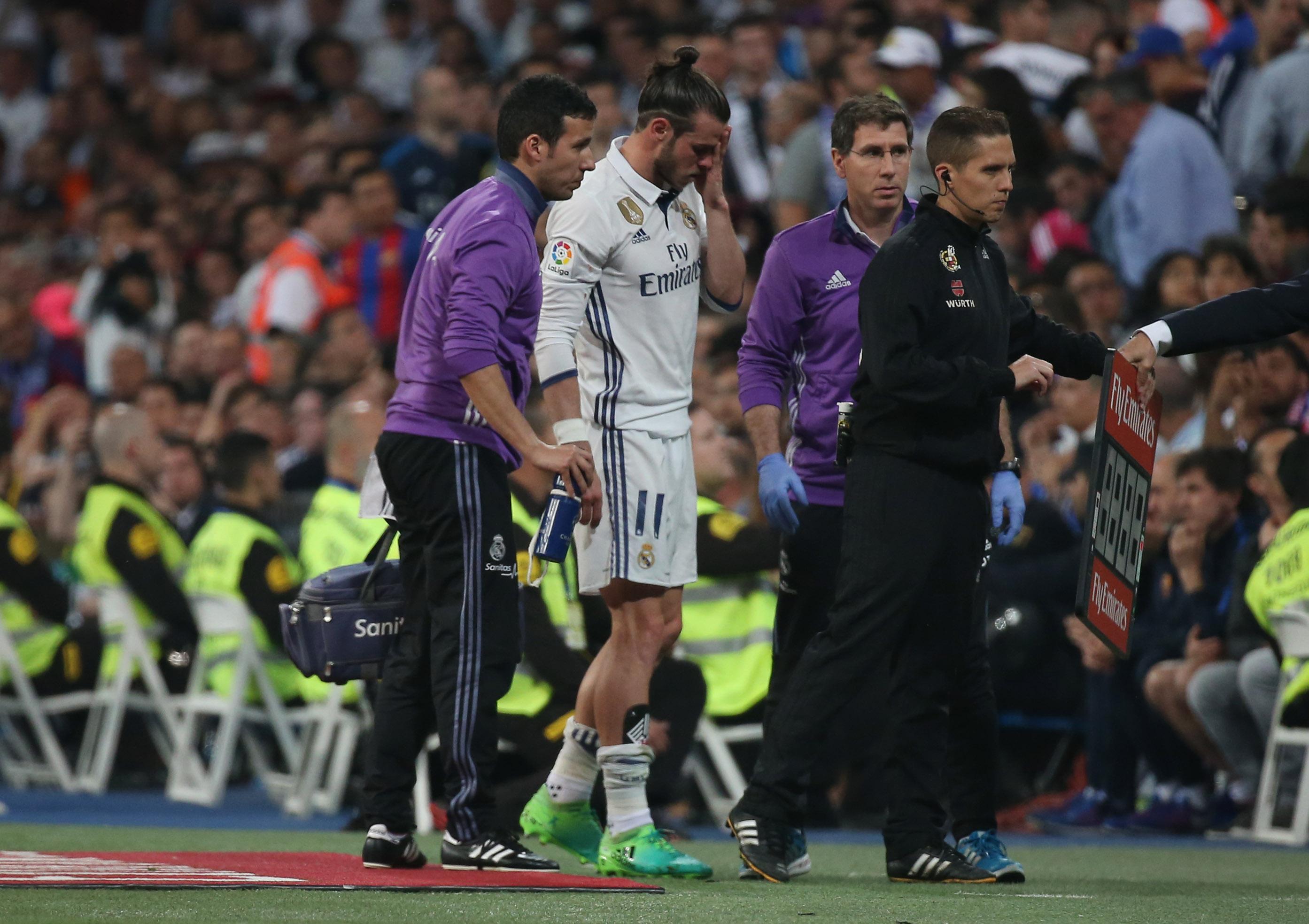 Incredibly, this is the 22nd time Bale has been injured since his bumper £88million move from Spurs in 2013.

His early exit against Villarreal was the 13th game in which he has been forced early due to a physical problem.

And it is the eighth occasion he has damaged his calf.

Staggeringly, the unlucky Bale has now missed a whopping 84 matches for Madrid due to his injuries.

That is almost an entire two seasons – and it looks likely to be stretched further if he fails to recover before the visit of Sevilla.

Madrid face Real Sociedad tomorrow and Betis in La Liga next week with a two-legged Copa del Rey last-16 clash with Leganes all occurring within the next 14 days.

Bale has featured in 23 games this season for Madrid and has contributed directly to 14 goals in all competitions – ten goals and four assists.