The quality of the two teams’ free-takers can often be the deciding factor in a Gaelic football match.

But what counties boast the best in the business? That was the question posed to Bernard Brogan, Kieran Donaghy and Peter Canavan on the latest episode of Inside The Game. 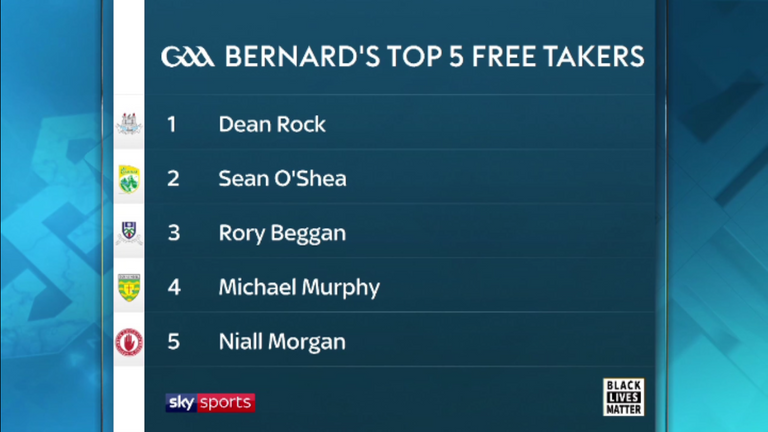 Brogan, a team-mate of Dean Rock for the last decade, put the Ballymun star at the top of the pile. He added Kerry’s Seán O’Shea and Donegal’s Michael Murphy, and also included two goalkeepers; Monaghan’s Rory Beggan and Tyrone’s Niall Morgan. 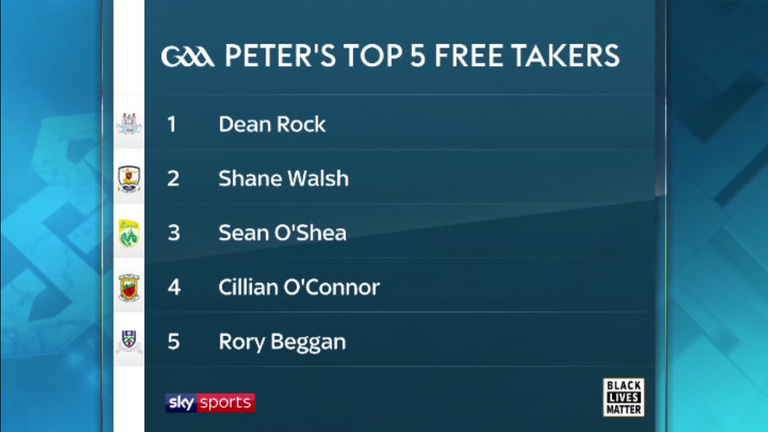 Canavan also selected Rock, O’Shea and Beggan, but completed his list with Shane Walsh and Cillian O’Connor of Galway and Mayo respectively. Meanwhile, Donaghy opted for Conor McManus to make up his list, as Rock was named by all three as the best in the business.

“The quality of free-takers that we have playing the game now is exceptional,” said Donaghy.

“Dean Rock is number one for a reason, because his percentage is through the roof. I think he missed four free-kicks last year, and two of them were against Kerry in the [All-Ireland] final, one of which was out on the sideline in the 78th minute or something.