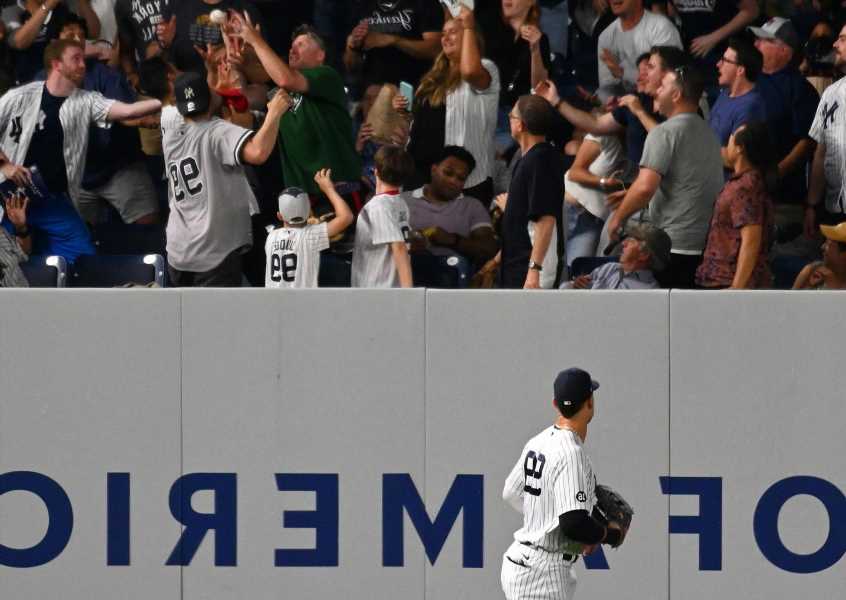 Traded Yankees pitcher has his chance for revenge at perfect time

The Yankees left their game-winning comebacks in Buffalo.

After using late-inning rallies to sweep a series from the Blue Jays during the week, the Yankees returned home Friday and ran out of magic. They came back from an early deficit, but couldn’t do it again later in the game, falling to the Athletics 5-3 in The Bronx.

In the first game with full-capacity allowed at Yankee Stadium since 2019, the season-high crowd of 24,037 — the bleachers were packed, but plenty of seats remained open elsewhere — tried to will the Yankees (36-33) to one more comeback in the final innings. But the AL West-leading A’s (44-27) protected the lead they got in the sixth inning, when Tony Kemp roped a three-run homer off Wandy Peralta, and Oakland snapped the Yankees’ three-game winning streak.

Former Yankees first-round pick James Kaprielian, who was traded to Oakland in 2017 as part of the Sonny Gray deal, limited the Yankees to three runs on three hits over 5 ²/₃ innings while striking out seven.

Jameson Taillon countered by giving up two runs over 4 ²/₃ innings in a bounce-back effort from a brutal start against the Phillies, but he settled for a no-decision.

DJ LeMahieu and Rougned Odor both homered off Kaprielian. Odor’s blast briefly gave the Yankees a 3-2 lead in the fifth, before Peralta gave it back a half inning later.

Gleyber Torres and Giancarlo Stanton (in the sixth inning), Gary Sanchez (serenaded by the home crowd as a pinch-hitter in the seventh) and Gio Urshela (in the ninth) all had chances to tie the game with one swing. But each came up empty as the homestand began with a loss.

In his first start since failing to make it out of the first inning Saturday in Philadelphia, when he was unable to put batters away and gave up four runs in one-third of an inning, Taillon had another two-strike slip-up in the opening frame Friday. After getting two quick outs, he got ahead 0-2 to Matt Olson before leaving a slider over the plate. Olson ripped it to the second deck in right field to put the A’s ahead 1-0.

Oakland doubled its lead in the third inning with some hard contact. Elvis Andrus drilled a double to the gap and came around to score on Mark Canha’s single up the middle.

But the Yankees wiped away the deficit in the bottom of the third. After Kaprielian had retired the first eight Yankees in order — including four strikeouts — he walked Brett Gardner on four pitches. LeMahieu then collected the Yankees’ first hit, cracking a two-run home run to the opposite field to tie the game 2-2.

Odor gave the Yankees their first lead of the night in the bottom of the fifth, when he crushed a solo home run to right-center field to make it 3-2.

But the lead was short-lived. Peralta got the first two outs in the sixth before giving up back-to-back singles. Then, with two strikes, Kemp pounced for a three-run home run to put the A’s back on top, 5-3.