ARSENAL threw down an early gauntlet to the top four contenders as they kicked off the new Premier League season in style.

Six weeks after lifting the FA Cup at Wembley, Mikel Arteta’s team were straight back into the groove with an emphatic win at newly-promoted Fulham. 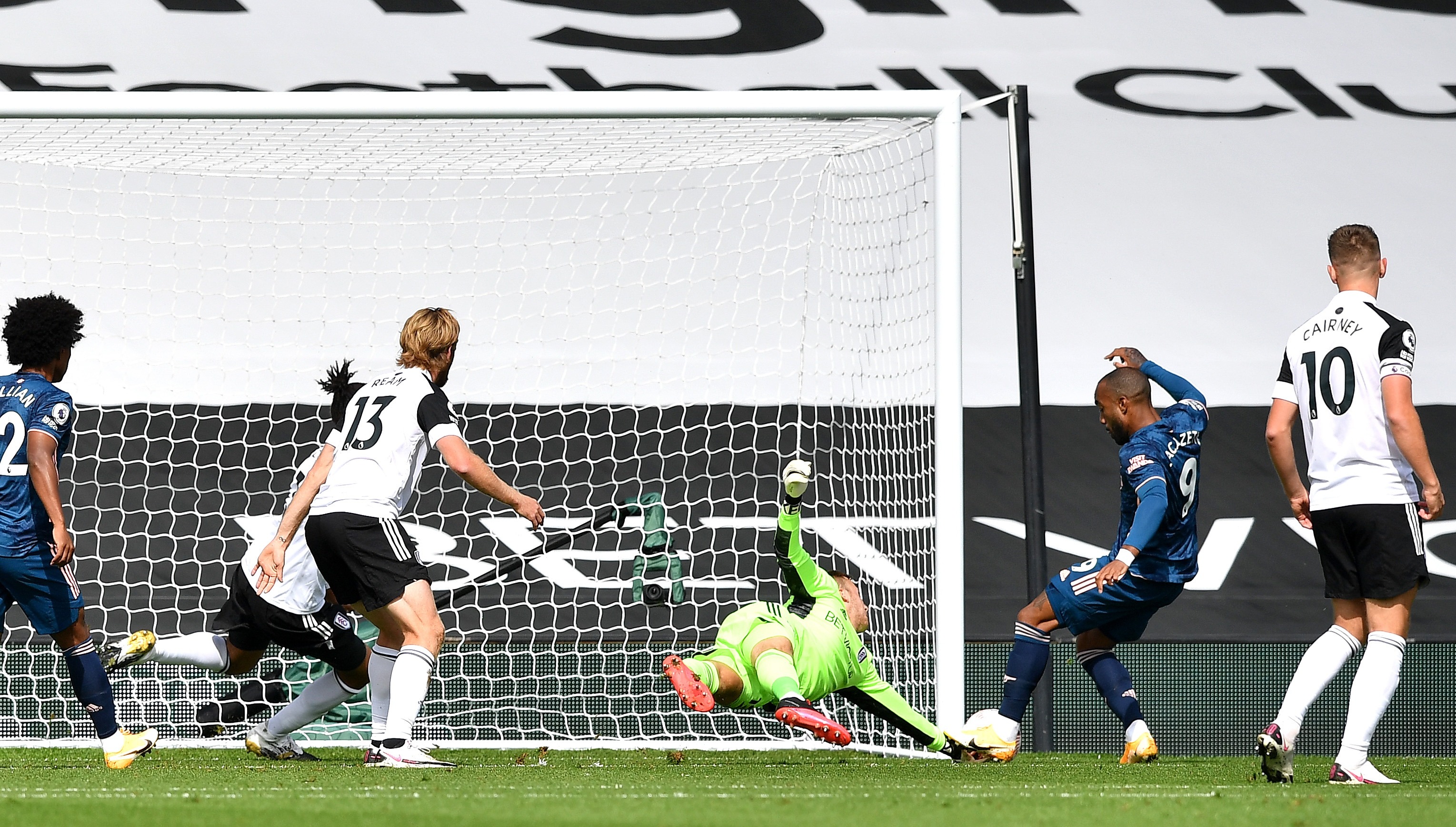 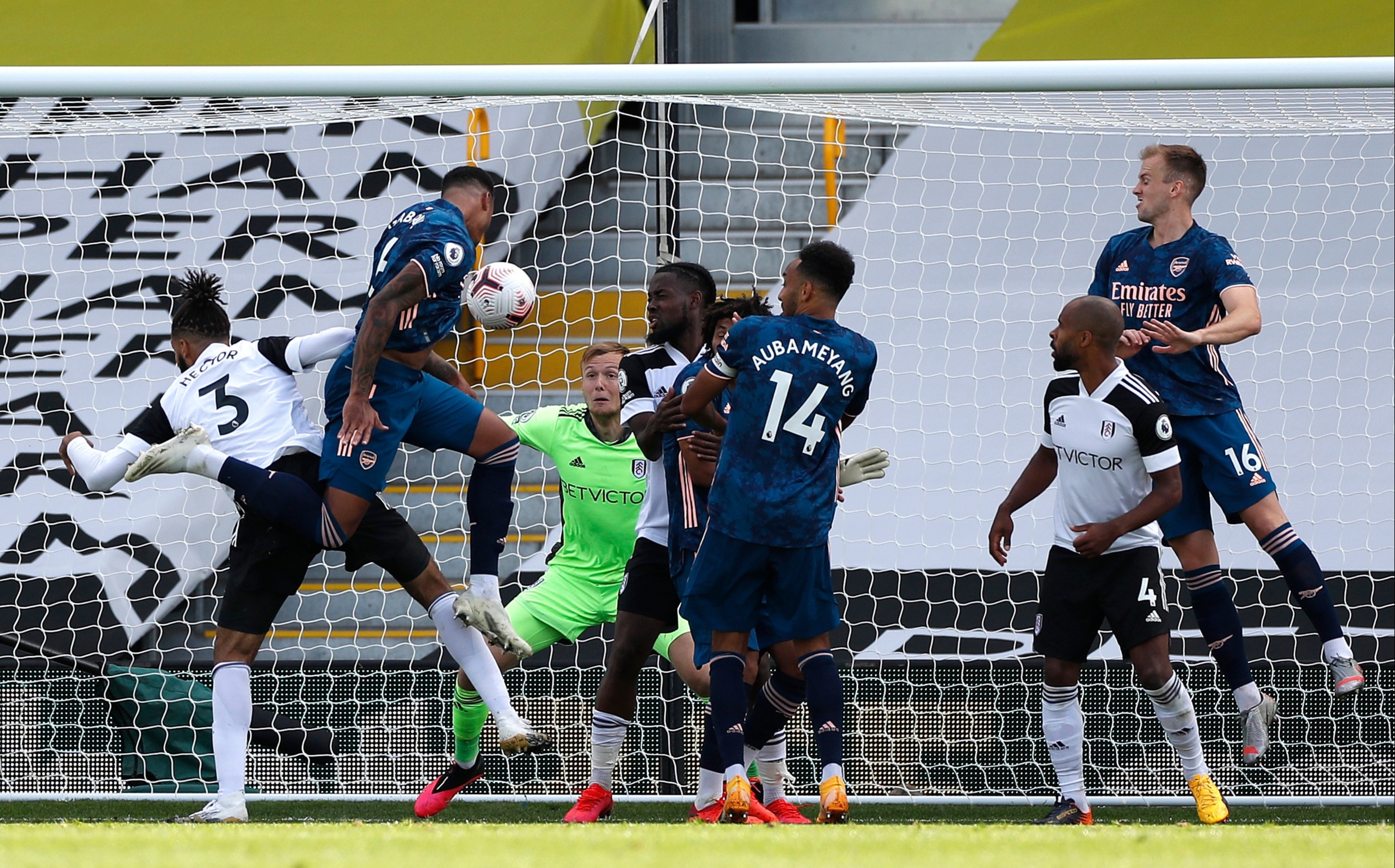 It took them just nine minutes of the new campaign to prove they meant business when Alexandre Lacazette fired them ahead.

Granit Xhaka’s shot was blocked and Willian’s follow-up was saved by Marek Rodak but the Fulham keeper was powerless to prevent Lacazette from forcing the loose ball home from close range.

It was the second time the French striker had scored the opening goal of the Premier League season. He was also quick off the mark in the 4-3 win against Leicester three years ago.

And the visitors almost doubled their lead in the 27th minute when Willian’s free-kick struck the base of the post after Lacazette had been fouled on the edge of the penalty area.

The veteran Brazilian had been selected ahead of £72millioin record signing Nicolas Pepe and quickly justified Arteta’s decision as he pulled Fulham’s overworked defence all over the place.

It was a tough reintroduction to life in the Premier League for Scott Parker’s bewildered team.

But that was as close as they came to troubling their visitors during a one-sided first 45 minutes. 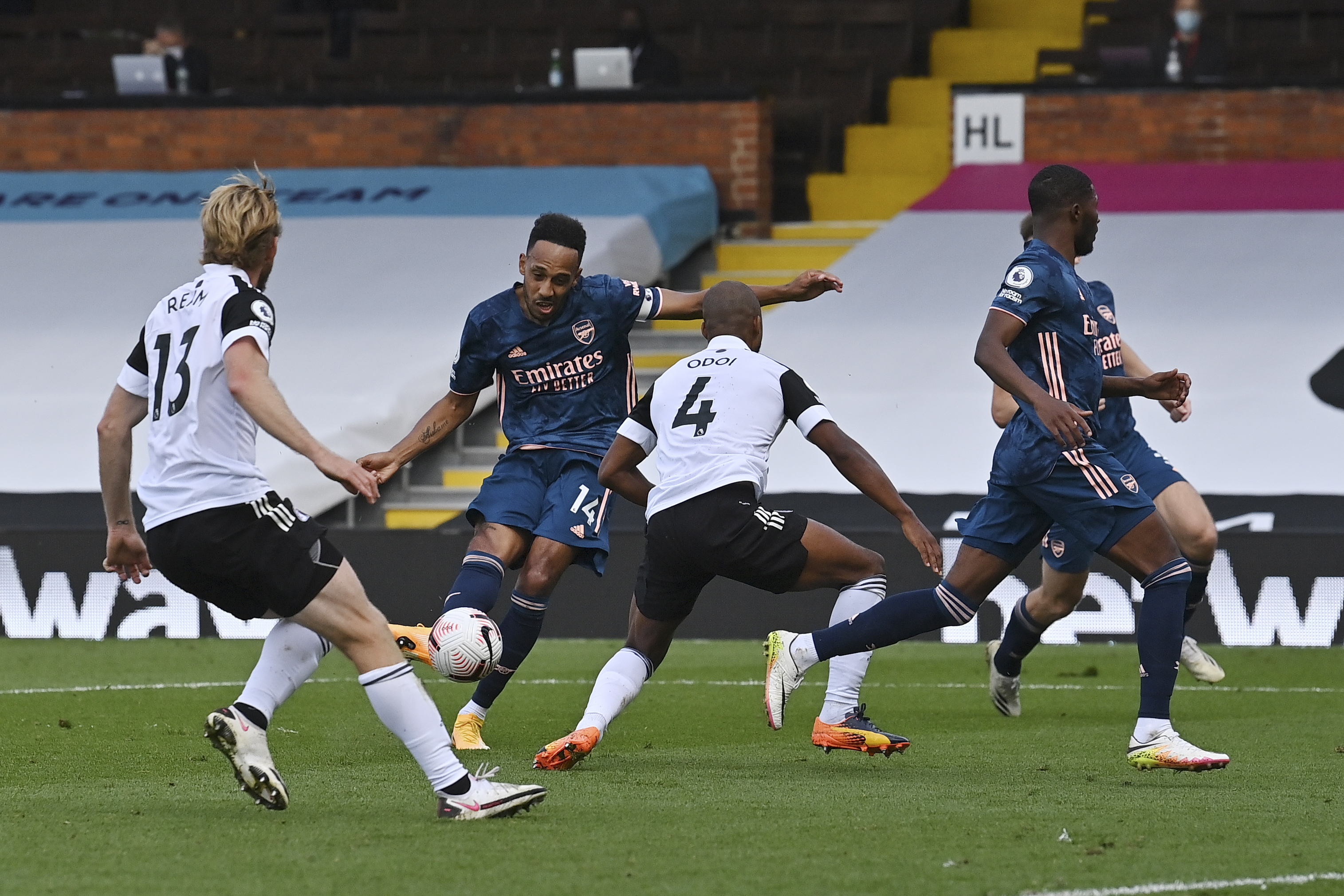 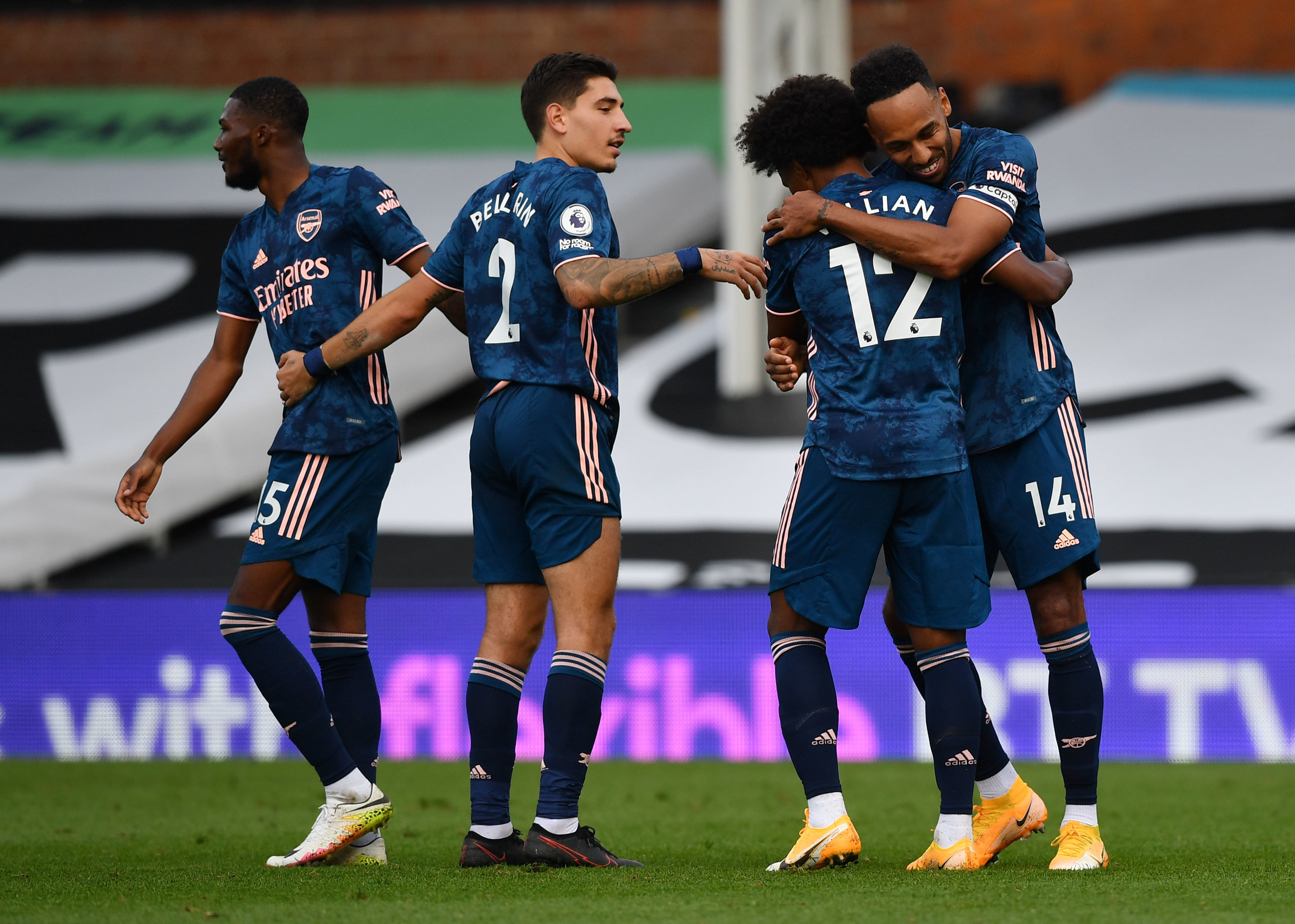 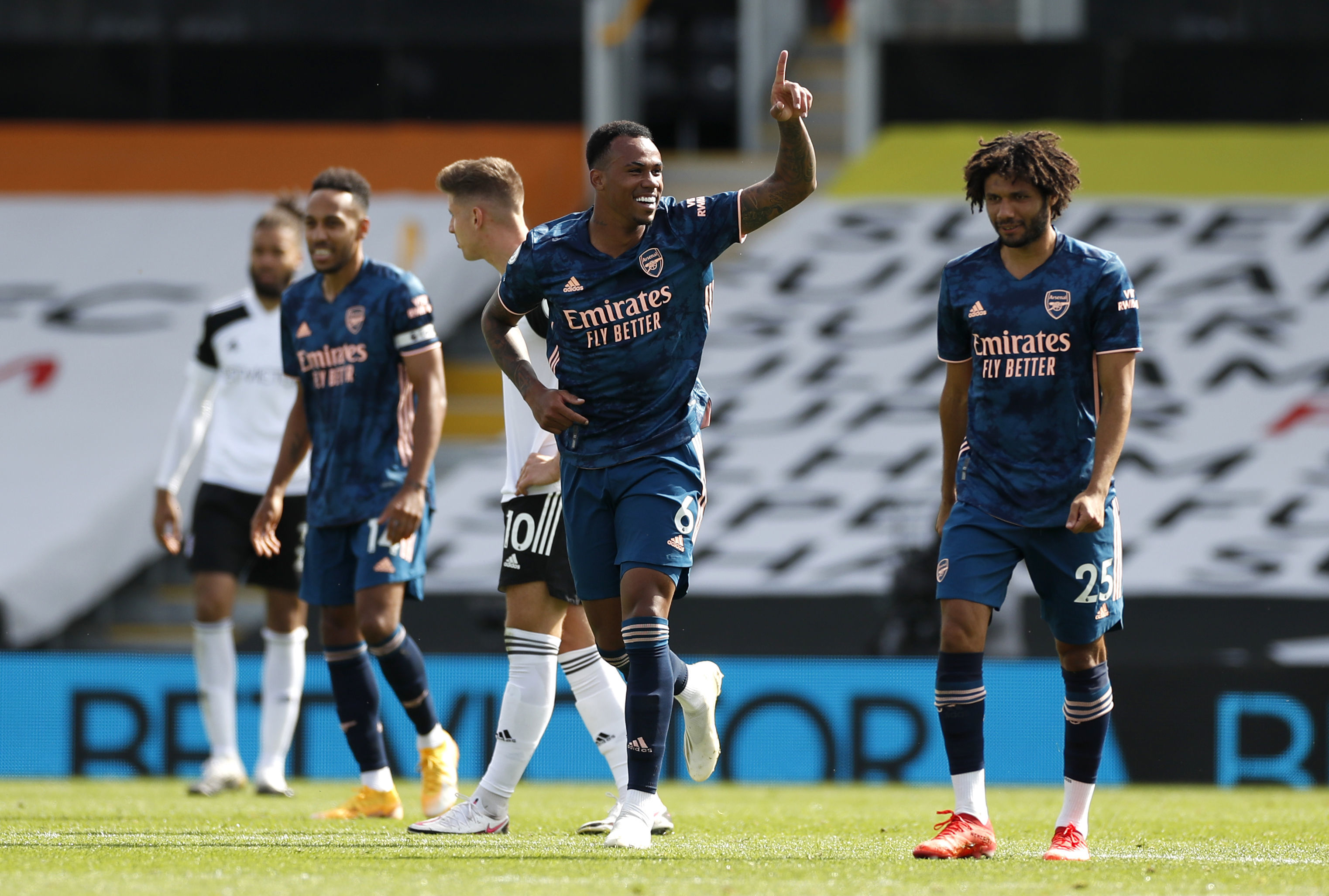 And they were as good as finished four minutes into the second-half when Gabriel was allowed to head in virtually unchallenged from Willian’s corner.

Eight minutes later it was definitely all over after Aubameyang took Willian’s crossfield pass on his chest and curled an unstoppable shot inside the far post.

It is clearly going to be a long season ahead for Fulham, who kept dangerman Aleksandar Mitrovic on the bench until the 62nd minute and hardly improved after he was introduced.

But Arsenal have hit the ground running and are clearly determined to make a big improvement on last season’s eighth-place finish.