Nothing was going to stop Dan Christian. 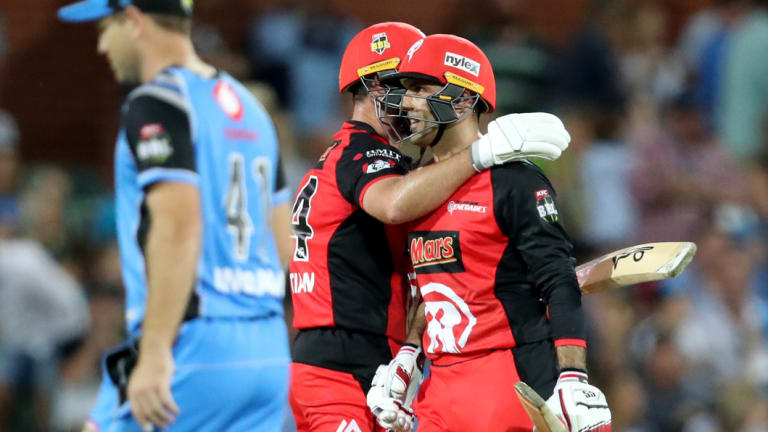 The escalating asking rate was never a concern for Christian, who has thrived as a Twenty20 specialist with the Renegades, Notts Outlaws (England) and Jozi Stars (South Africa) after giving away four-day cricket at the end of last summer.

"Once it [the required rate] gets up around 15-16 [per over] you start to panic a bit but anything under 12 we were pretty confident we could get," he said.

"You only need one boundary an over and to run really well.

"You'll generally get a big over anyway – we were lucky enough it was the 19th." 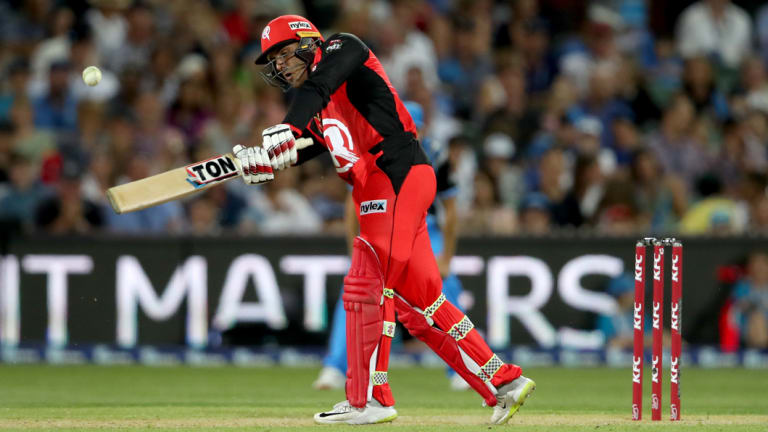 Mohammad Nabi was in scintillating form.Credit:AAP

Khan could do nothing but crack a wry smile when fellow Afghani Nabi smashed him over his head for a straight six.

It was the early stages of the match-winning, unbroken 96-run partnership in eight overs between Nabi and Christian.

Rashid was the best bowler for either team by several lengths, snaring 2-13 off his four overs.

Nabi’s six off Rashid’s full offering was the leggie’s only blemish for the night – and both of them knew it. 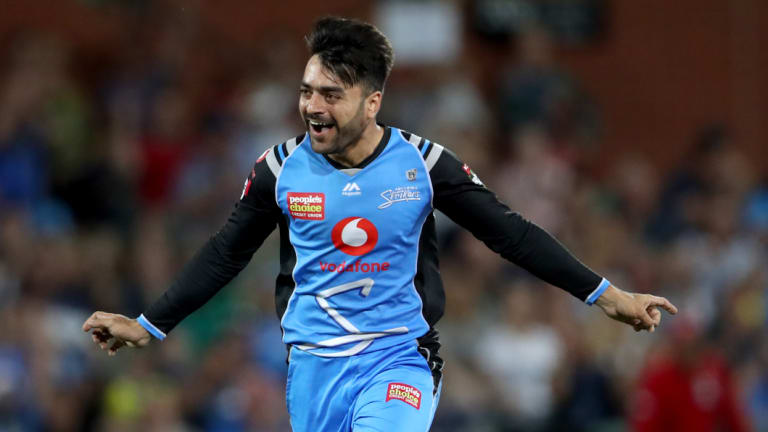 The Strikers’ Rashid Khan was the pick of the bowlers.Credit:AAP

Earlier, a pair of masterful googlies bamboozled Sam Harper and Cameron White, who were both trapped leg-before in Rashid’s second over which stalled the Renegades’ progress momentarily.

The top-order pair were expertly set up, cat-and-mouse style, by the wily wrist spinner.

‘‘I tried to bowl initially a few legspinners, then bring in the wrong ’un,’’ said Rashid, who is closing in on 100 Twenty20 wickets this calendar year.

Not even a noticeably short 55-metre square boundary on the members’ side spooked Rashid, like it appeared to some of his contemporaries.

‘‘Even when a mis-hit goes for six, I always back in myself and my good deliveries,’’ he said.

‘‘With a bad delivery, an 80-90m boundary can become short for you.

‘‘I keep in my mind to forget about the boundary, whether it’s short or long, I just need to bowl good deliveries.’’