Mitch Creek will realise his NBA dream on Saturday morning after signing a 10-day contract with the Brooklyn Nets.

The Horsham-raised forward will cap a stunning rise from NBL star with the Adelaide 36ers to Australia’s latest NBA player when he suits up for the Nets against the New York Knicks at the Barclay Centre in Brooklyn and he could earn court time in his first game, with the Nets favoured to win comfortably against their struggling rivals. 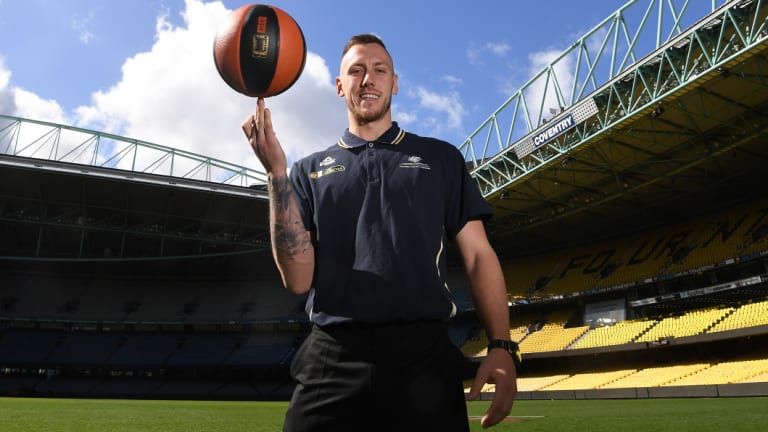 Mitch Creek has signed a 10-day NBA deal with the Nets.Credit:AAP

Australians have rarely been recruited to the NBA directly out of the NBL so Creek is blazing a new trail for those players who want to play professionally at home rather than play for free in the US college system.

Utah Jazz stars Joe Ingles began his career in the NBL with South Dragons before heading to Europe where he eventually earned his NBA call-up.

But in recent seasons imports such as James Ennis (Perth), Scottie Wilbekin (Cairns), Torrey Craig (Cairns/Brisbane) and Terrance Ferguson (Adelaide) have played their way to either free-agent deals or, in Ferguson’s case, a first-round draft selection.

Creek paused his NBL career after eight seasons after captaining the 36ers to last season’s NBL grand final series, and he spent much of the NBA pre-season with the Nets after signing as an exhibit 10 player before being moved to their NBA G-League side, Long Island Nets, where he has gone from strength to strength.

The 26-year-old told The Age earlier this month he was confident a chance would come his way once teams could begin to sign 10-day contracts and the Nets called his number this week.

He will have the chance to suit up in as many as four games over the next 10 days and could also earn a second 10-day deal if the Nets want a second look at him, otherwise he will likely return to Long Island but hope to snare another 10-day deal elsewhere.

Dallas Mavericks have long had eyes on Creek and several other clubs are believed to be tracking his progress.

Aside from the opportunity to stake his claim for a guaranteed NBA contract, the deal will net Creek a handsome return with 10-day deals worth around $US110,000 on top of the $US85,000 he has earned in the G-League.

The best case scenario would be the Nets signing him for the rest of the season as they chase a place in the play-offs, but they could also choose to keep trialling different players in that roster spot.

Creek has already signed with NBL expansion club South East Melbourne Phoenix for the next NBL season if his NBA dreams don’t work out although the club has planned for him remaining in the US as well.

Deng Adel was picked up by Cleveland on a two-way deal earlier this month and he has already made his NBA debut so Creek will be the second Australian player elevated this season.