‘In all my life I have never experienced anything like that’: Fresh race storm mars National League tie as Hartlepool players clash with their own fans after alleged monkey chant at Dover scorer

Dover players celebrated in front of the home fans after striker Inih Effiong’s 37th-minute penalty and a heated exchange followed where monkey chants were allegedly heard.

There was an 11-minute delay, during which players – including Gus Mafuta of Hartlepool – are understood to have received racist abuse from the crowd. 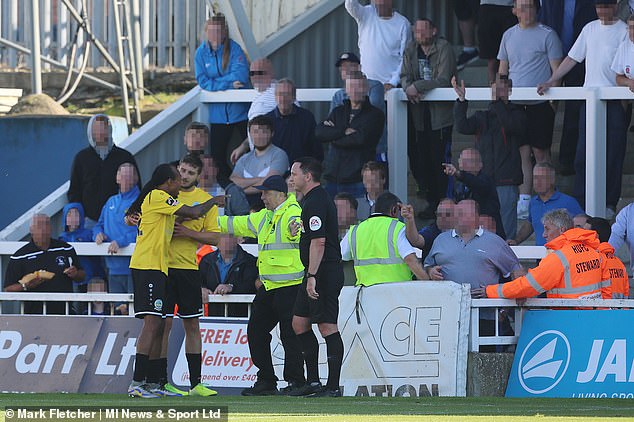 Mustafa reportedly tried to confront his own supporters during the objectionable  incident.

Pools were later reduced to nine men, with Ryan Donaldson and Nicky Featherstone sent off, while boss Craig Hignett was also sent to the stands.

Following the final whistle on Saturday, players, pundits and fans vented their outrage on social media.

Soccer Saturday presenter Jeff Stelling, who is a lifelong Hartlepool fan and club president, condemned the behaviour in no uncertain terms.

He wrote: ‘Ashamed of the fans who disgraced themselves and Hartlepool. Credit to Gus Mafuta and Nicke Kabamba for their action. It does not matter who they play for, racist abuse of any sort is disgusting. Makes me feel sick.

‘I would not blame any of our black players if they did not want to play for the club again. I genuinely hope they realise they are loved by our fans. The scum who have disgraced us will never ever be allowed back.’ 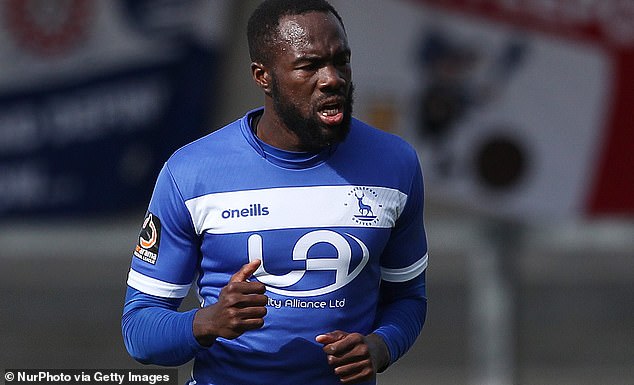 One Dover player, Ricky Modeste wrote: ‘What a sad day for football. I’m all for fans giving opposition players stick but the disgraceful racist comments and gestures that us players received today was way over the line. We are only human and are there to do a job.’

Fellow Dover player Aaron Simpson said on his Twitter page: ‘In all my life I have never experienced anything like that on or off the pitch.

‘Fans having banter with players and giving them stick is one thing but when there is racial abuse and monkey chants involved it needs to be talked about.

‘Massive respect to all the players on both teams for sticking together and dealing with the situation like professionals. Hope that the FA take serious action and the fans get lifetime bans because there’s absolutely no place for it in the game.’

Dover player Jai Reason wrote: ‘These people should not be allowed anywhere near a football ground.’

And journalist Richard Harvey wrote that he was ‘spat at for doing the job he loves’.

Hartlepool chief executive Mark Maguire condemned the alleged racist behaviour and insists the individuals involved ‘will be dealt with in the strongest possible manner’.

Maguire said in a club statement: ‘I can honestly say that I have never witnessed a game of football like that, but it is important that we separate our reaction to the game, and the officials, to the events following Dover’s first goal.

‘Whatever the rights and wrongs of the decision, or the aftermath to the penalty which was scored, Hartlepool United utterly condemn racist behaviour of any description.

‘We are proudly inclusive as a club, and we know that the vast majority of Pools fans will join us in standing up against words and actions which have no place in football or society. 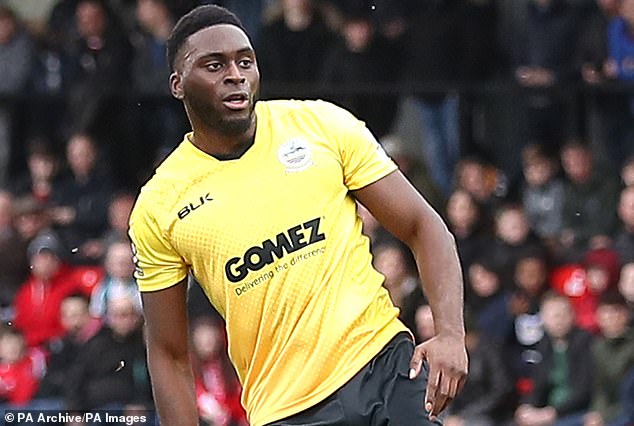 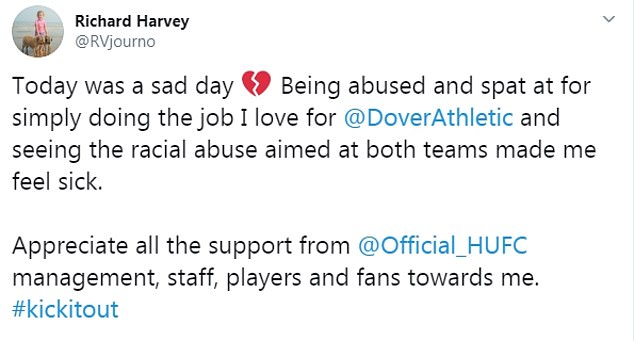 ‘As I understand it, in this, the early stages after the event, individuals have been identified and will be dealt with in the strongest possible manner by both the club and police.

‘Equally, I personally spoke to the people on the receiving end of the abuse, assuring them that we would take the necessary action.

‘We also made a public announcement at half-time, setting out our condemnation of such behaviour, whilst I also spoke with the chairman of Dover to offer my apology.

‘As a club we will protect the principles held by the vast majority of our fanbase who would be insulted by their reputation being tarnished in this manner.’ 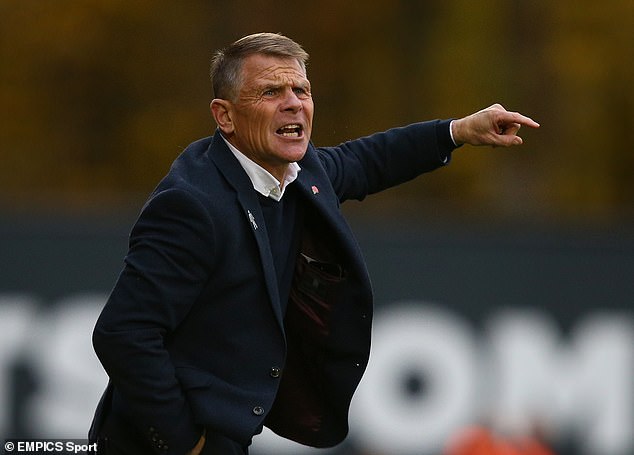 Dover boss Andy Hessenthaler said he was ready to take his players off the pitch and added that Hartlepool counterpart Hignett agreed that they might need to come off.

‘It’s a sad day for football,’ Hessenthaler told the Northern Echo after the game. ‘At half-time we were calm. I spoke to Craig and at one stage I wanted to come off the pitch – and Craig agreed with me.

‘We spoke and their players wanted to carry on too. I didn’t like what was going on. I felt it in my stomach.

Hignett said: ‘We are a very inclusive club and we deal with it if we have to. I asked Gus if he was OK and he assured me he was and that was that really.

‘I said to Andy, ‘If that’s what you feel then I’m behind you’ and he wanted to get on with the game.

‘This club isn’t like that. We are an inclusive club. We have black players. We have a black owner. We are a good family club and if anyone has darkened our club they will be dealt with.’

Russian spy who tried to kill Bulgarian arms dealer ‘is diplomat linked to the novichok poisoning of Sergei Skripal’ Three...