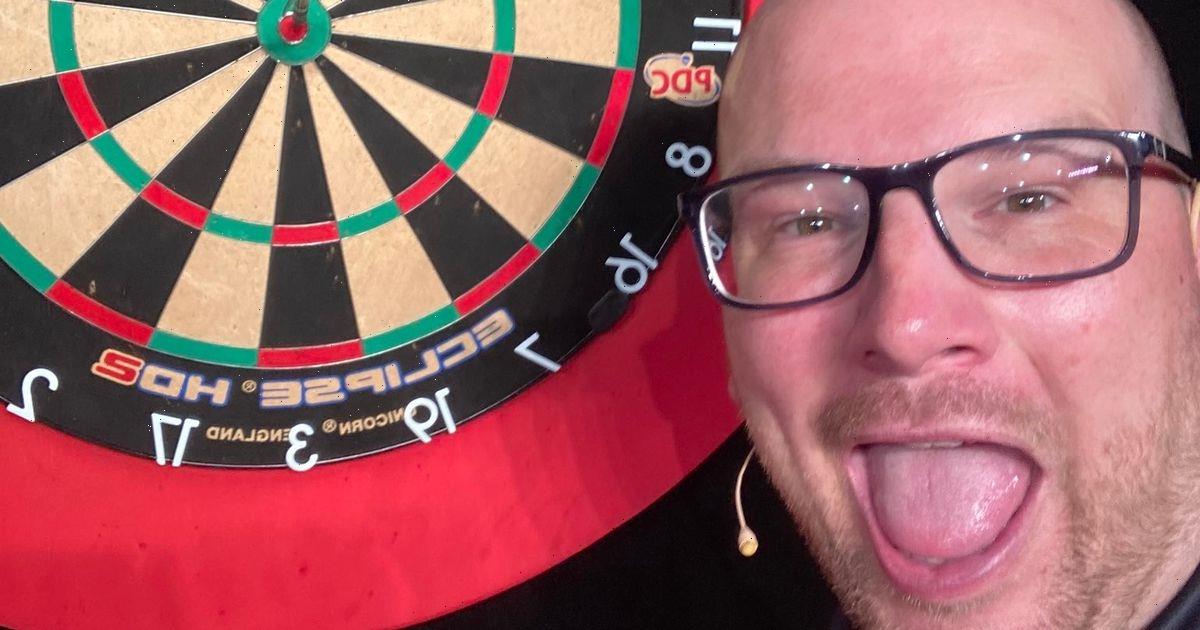 Former darts world champion Mark Webster is more accustomed to the commentary box than the oche these days.

But the ex-BDO king showed he has still got some of his old class at an exhibition event in Germany. The Welshman was taking part in a doubles match at the Passau Darts Gala on Friday night, partnering Premier League player Joe Cullen against Jonny Clayton and Max Hopp in a best-of-three legs match.

Hopp and Clayton won the first leg and looked on course to take the second, and the match, after getting down to 60 while their opponents were on 170. Up stepped Webster, who was mic’d up for the occasion.

His first dart was a perfect treble 20 before he composed himself and hit another. Sensing a big finish, Webster got excited, revving up the 3,000-strong crowd, who roared their encouragement.

Webster composed himself again and received a friendly pat on the backside from playing partner Cullen. He then promptly hit the bullseye, seemingly to the disbelief of both himself and the other players on the stage, before racing off the oche to celebrate.

He received a sporting handshake from Clayton while Hopp announced ‘Mark Webster, ladies and gentleman’ to the crowd. After returning to the oche, a little out of breath, Webster whipped out his phone and took a picture of himself next to the embedded darts before a round of fist pumps between the players.

What's your biggest checkout? Tell us in the comments section below.

The clip, which Webster posted on Twitter, went down well with fans on social media, with Steven Nash posting: “I can't stop watching this! Everyone's reaction has had me in bits!” while Zoe Jones added: “Brilliant. Loved Jonny's expression wondering how long this will be remembered. Ha ha.”

Thomas Wynne Lewis tweeted: “Love it mate! Exactly as you described it to be fair (not that I doubted you la),” while @AndyP_180 wrote: “Imagine if, after all that, you’d played safe on 18’s.”

Webster will be back on commentary duty for Sky Sports when the regular season of the Premier League concludes on Thursday night in Newcastle.