McCoy, 44, retired in 2015 at the top of his sport, having claimed a 20th successive champion jump jockey title. 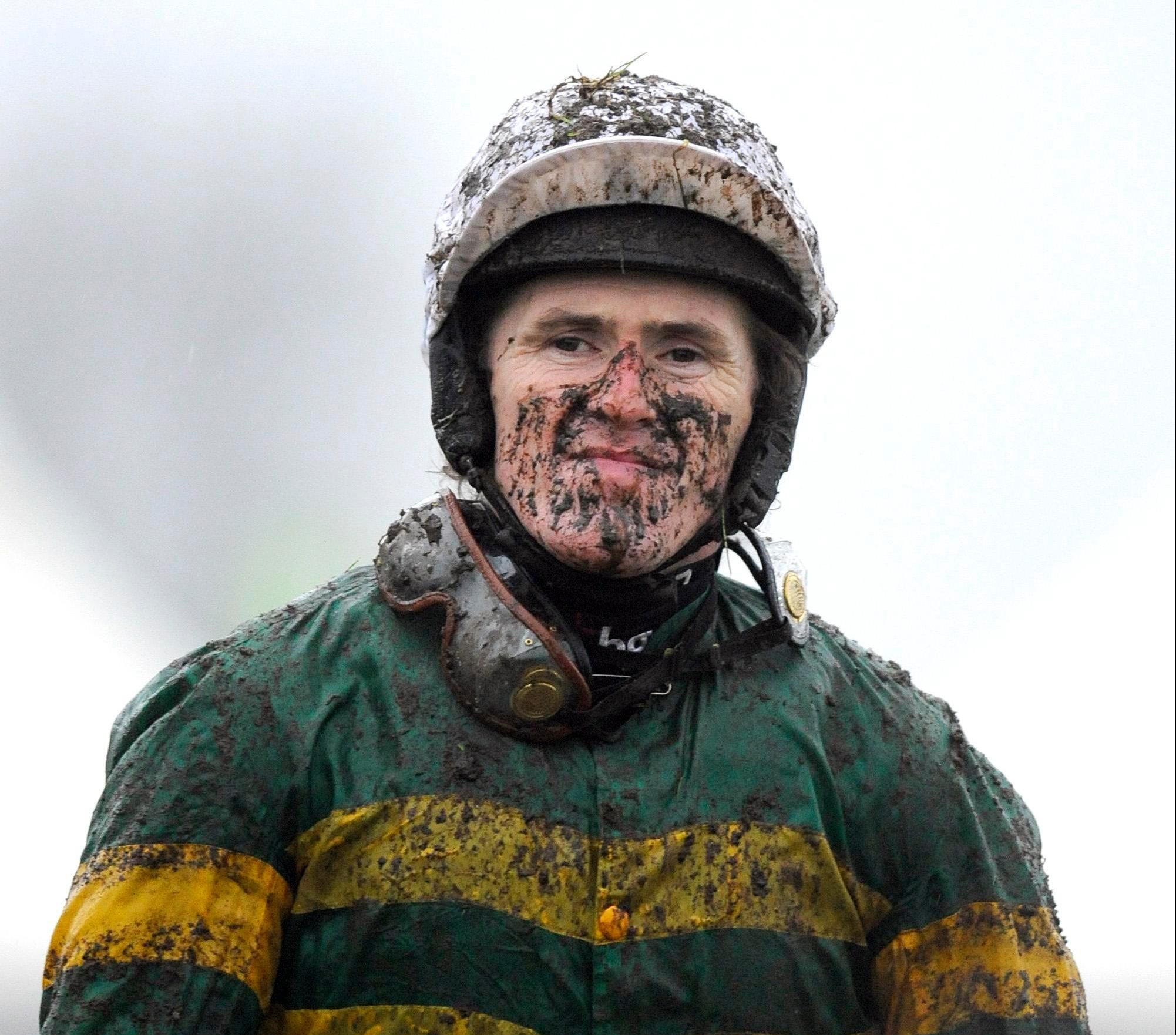 So far he has steered clear of a full-time return to the saddle, preferring to attend the big-race meetings in a TV punditry capacity instead.

Yet honest McCoy concedes nothing will ever replace the adrenaline rush of crossing that finishing line first.

McCoy said: “Nothing is the same. No matter what a sportsperson says. I miss winning more than anything else. I also miss the structure and discipline.

“It’s a tough thing to say because I have seen colleagues get fatally injured, but I miss the danger. I miss living on the edge.

“Can you replace it? Nothing will ever replace it.

“I can understand when I read about sportspeople suffering from depression and finding it tough when they give it up. There are lots of mornings I wake up and wish I was still a jockey.

“But I have no regrets. I don’t think I wish I had done this or that. I rode 14,000 losers or whatever it was. I’d hope I wouldn’t lose as much if I was doing it again.

“You have to accept the fact, as a sportsperson, you have a time limit.” 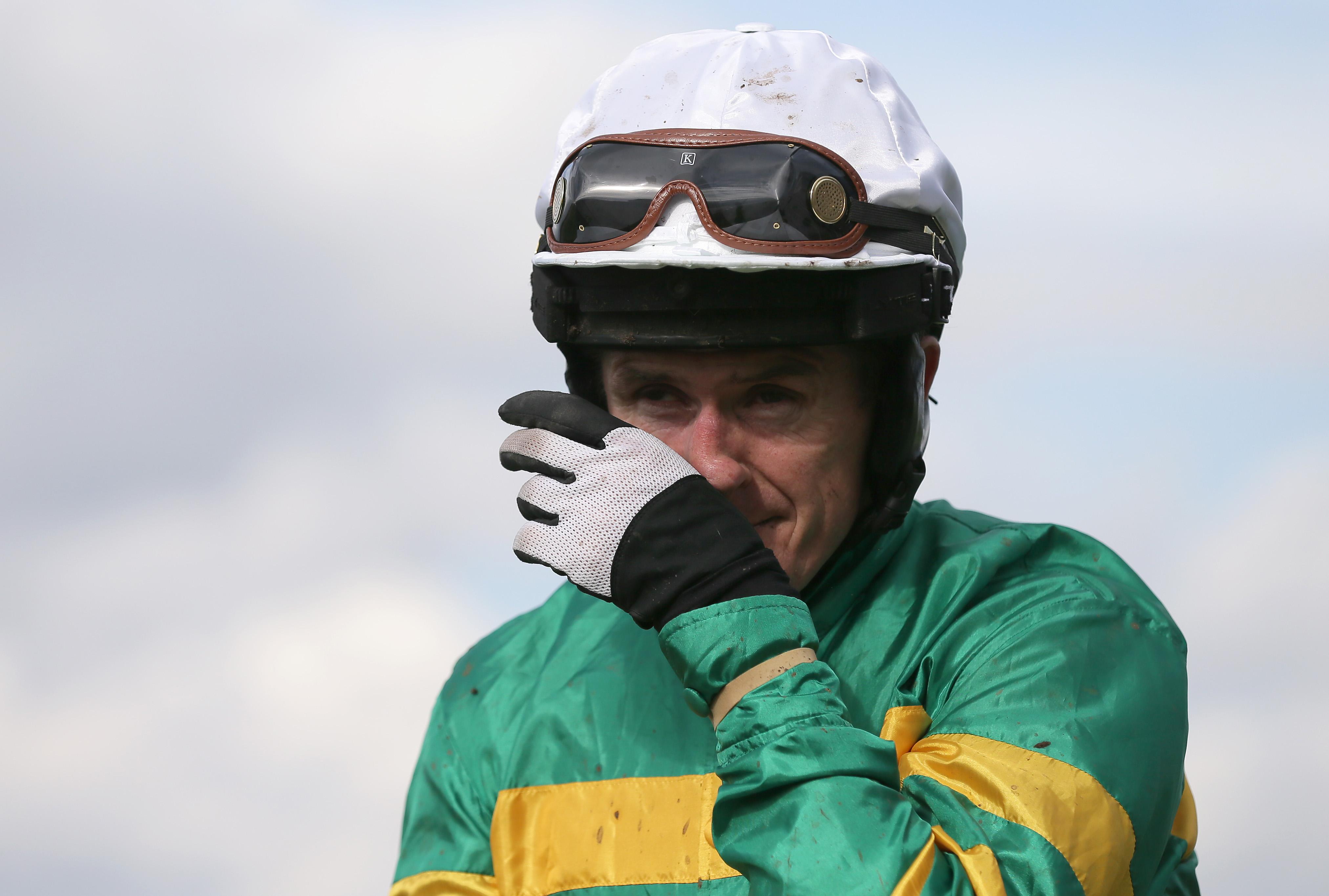 McCoy was involved at Olympia Horse Show last night for the Markel Champions Challenge, in aid of the Injured Jockeys’ Fund.

Yet he admits this sort of event “isn’t the same” as the intense, daily lifestyle of a jockey that propelled him to sporting immortality.

McCoy, crowned Sports Personality of the Year in 2010, said: “It’s the thrill of any big sporting event.

“Like a footballer playing in a World Cup or Champions League final. Nothing can ever replicate that.

13 – The number of broken bones he suffered

14 – The number of teeth chipped or knocked out

289 –  His record number of winners in the 2001-02 season, which remains an all-time British horse racing record, surpassing the previous flat racing landmark of Gordon Richards of 269

1,000 – The number of falls that McCoy estimates he has suffered during his career

1,040 – The number of consecutive weeks McCoy has been number one. As a comparison, Tiger Woods spent 545 weeks in golf as No 1 and Roger Federer 302 weeks in tennis

1,700 – The number of winners when McCoy became the most successful jump jockey of all-time in August 2002, surpassing Richard Dunwoody's record

50,000,000 – The number of British pounds bookmakers reported they lost when McCoy won his only Grand National on Don't Push It in 2010

“The one thing I’d say to someone is to enjoy every moment. It doesn’t last. I did enjoy it. I didn’t drink, I didn’t smoke, I had a very disciplined life.

“I didn’t think: ‘I wish I had gone racing that day when I didn’t’. I went every day. I rode less than eight weeks after breaking my back!

“I am not blowing my own f****** smoke up my a*** but I was dedicated as I could be. I never thought for one moment I was ever the best jockey.

“I only felt good when I was on the horse. Off the horse, I was very insecure.” 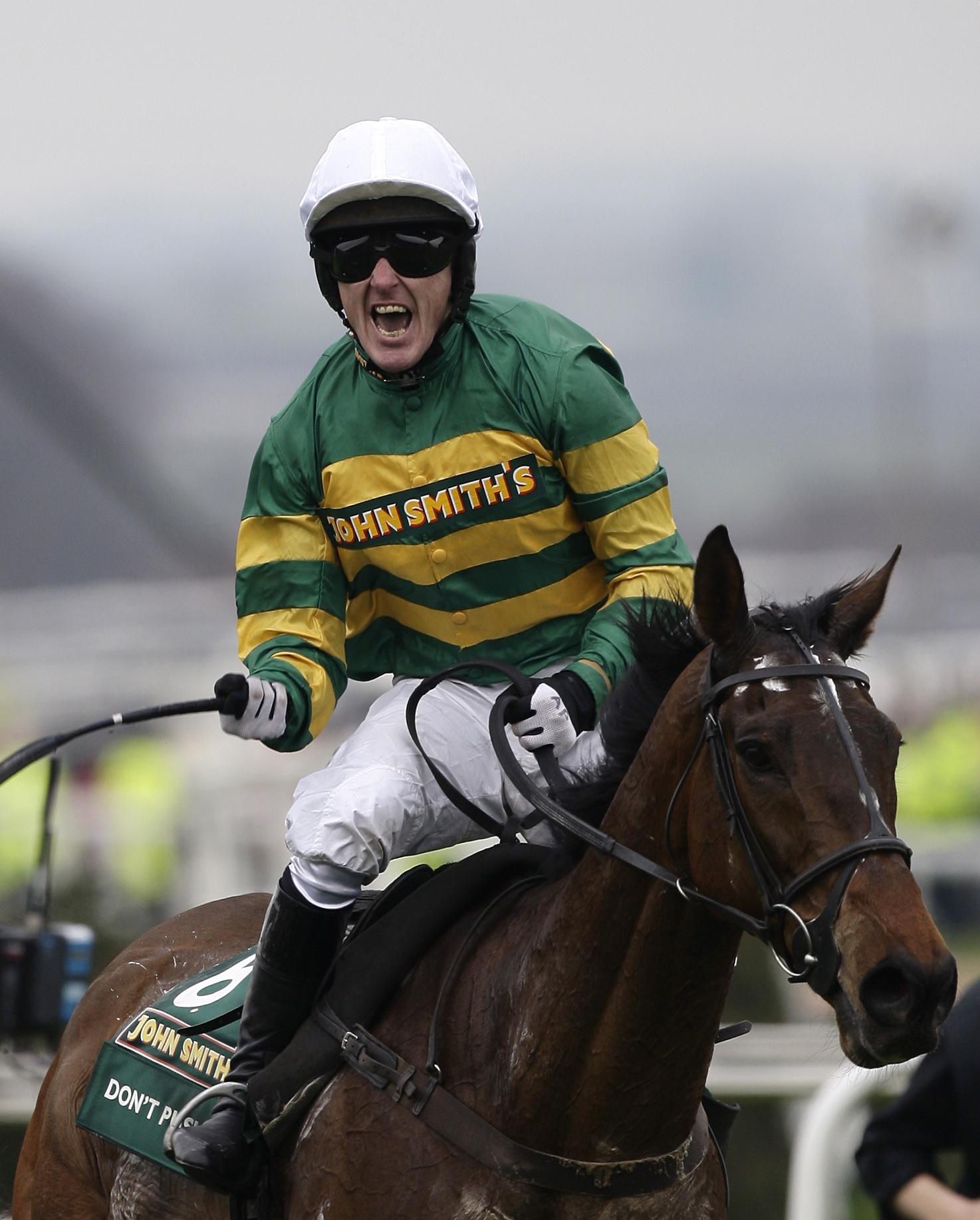 McCoy, who has two children Eve, 11, and five-year-old Archie, is refreshingly humble when it comes to his own legacy, saying: “Someone always beats your achievements.

“No matter how much you win. Someone always beats it. Hopefully I will be dead then!”

Throughout his 23-year pro career, McCoy gained a reputation for being the hardest man in the weighing room. He never allowed the inconvenience of a broken bone stop him getting back on the horse.

He said: “I broke my ribs a lot of times. I didn’t break my femur. But I broke my ankle, my leg, my arm, my wrist, my lower back, middle back, shoulder blades, collarbones, sternum, all my ribs, cheekbones. 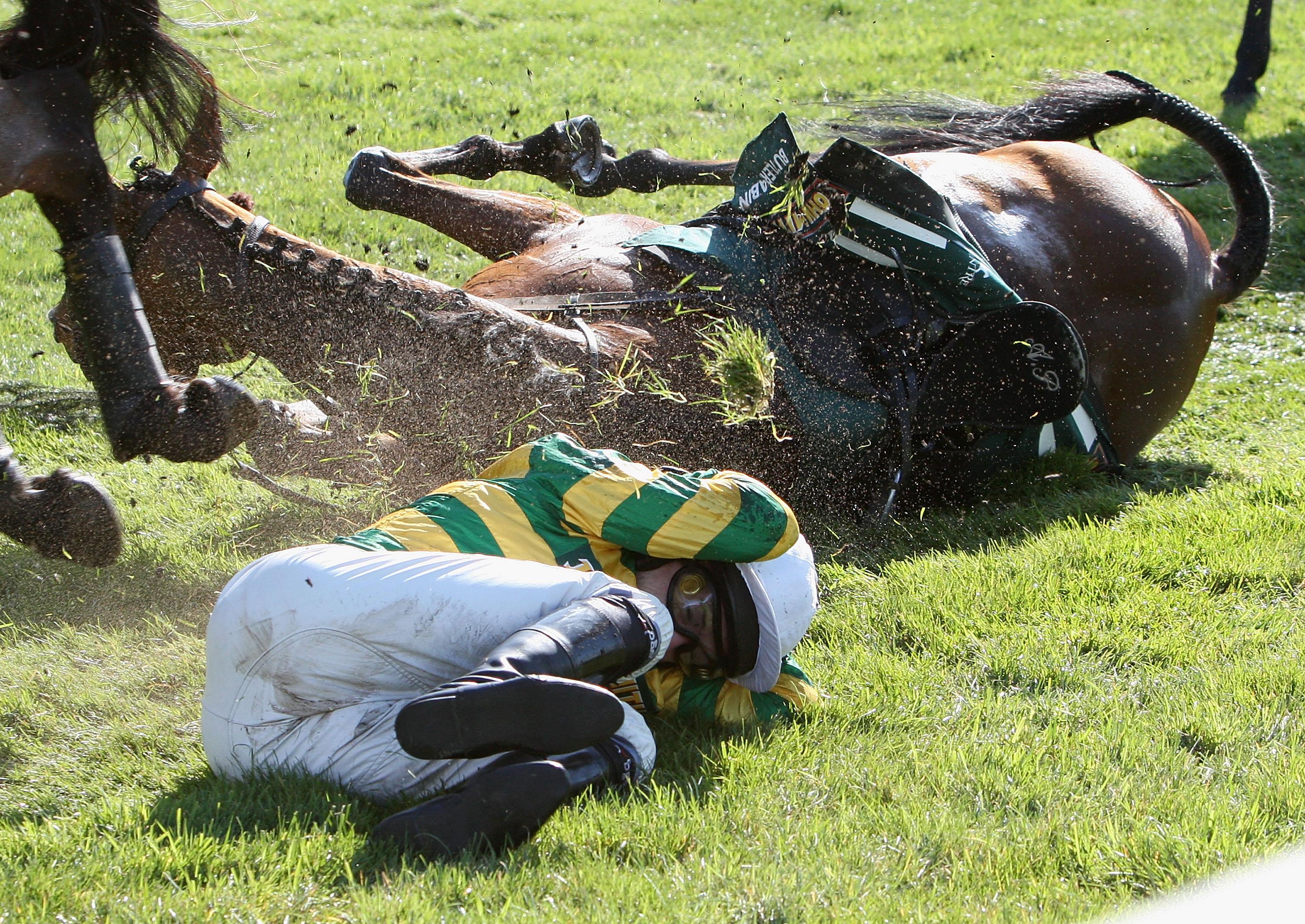 “And the mad thing of it is that I miss that.”

The use of the whip has once again come under the spotlight, especially since the British Horseracing Authority bungled its official stance on the issue. Some media commentators and anti-racing campaigners want the whip banned.

But McCoy argues racehorses receive exceptional care and attention and the sport shouldn’t listen to the PC brigade.

The Northern Ireland star added: “If you let someone dictate how you are running your own sport — who has absolutely no knowledge or interest in it — there won’t be any racing.

“They want a reason to complain about not having horseracing. They will tell you it’s not fair, it’s not right, and it’s cruel.

“In terms of animal welfare, it’s fantastic. There are so many people in the world who would love to live like a racehorse. I’d love to come back as one!

"The lads who look after them aren’t doing it for the money when they go out in the p*****g wet, middle of winter, 6am, freezing their a**** off. There are easier jobs to do.

“The world has gone mad. The s**** you have to listen to about certain things, I’d get myself in trouble if I started going on about it too much.”