A fortnight ago the great, good and – let’s be upfront about this – the downright questionable of the Olympic movement gathered in Switzerland, for the seventh Olympic Summit.

A declaration as to the rights and responsibilities of athletes; further steps to be taken in the never-ending, incredibly difficult-to-win war between clean sport and those who seek to use whatever means of winning which are available, regardless as to the rules. And then without drawing breath … the IOC launched into the subject of eSports.

Remember, the year after next each of surfing, skateboarding and sport climbing will appear for the first time on the Olympic schedule. Skateboarding and surfing, I can sorta understand; but speed rock climbing?!?! COME ON! 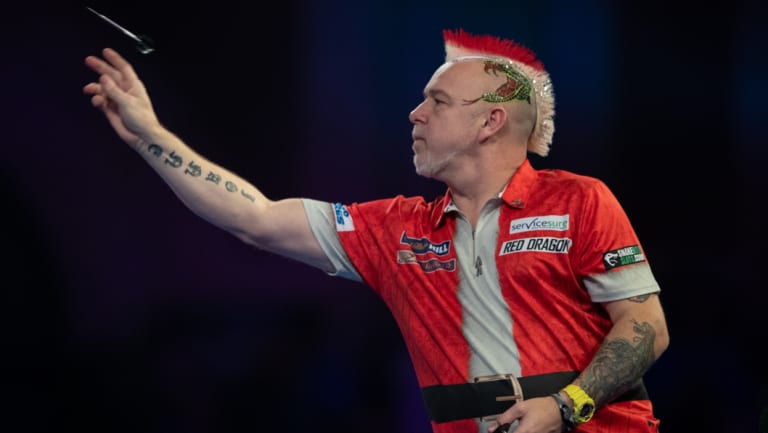 Anyway, I kid you not that eSports just might be next. Its international federation (seriously, it has one) already subscribes to the WADA code despite it being highly doubtful in my mind as to whether playing Fortnite can be properly characterised as a ‘‘sport’’. Now the IOC did state that discussing the inclusion of eSports on the Olympic itinerary is ‘‘premature’’; that it indeed is. It’s also borderline madness, but perhaps that’s just me. Note though that the World Health Organisation recognises ‘‘gaming disorder’’ as a diagnosable disease. No other sport, practised too much or with overriding intensity, qualifies as a disorder.

If eSports makes it onto the schedule for the 2024 Olympics or any time thereafter, what comes after that – sprint karaoke, putt-putt golf and teams hide-and-seek? Though the IOC has said discussing eSports at the Olympics is premature, it’s also said that international sports federations ought be encouraged to explore ‘‘accelerated co-operation’’ with electronic sports organisers in order to seek out ‘‘the potential benefits and applications of the electronic and virtual versions of their sports’’. Which assumes such benefits might actually exist.

Which brings me to this point: riddle me senseless, as to how on earth darts isn’t an Olympic sport, if rock climbing is and FIFA 2024 on the Xbox could be?

As part of the Games, it’d be the hottest ticket in Tokyo. Darts isn’t a bunch of rotund British blokes gulping warm ale, when they should be thinking about seeing more sunshine on their faces – the Darts World Championships that began last week will see 96 players in the main draw representing 28 different countries.

Darts is a sport of exquisite precision. Add to that the fact there’s an indescribable delight in watching an event celebrating the God-given right of a spectator of any creed, braving the frigid chill of London around Festivus, dressed as Bert from Sesame Street.

High-powered binoculars are an absolute necessity in order to see any actual action beyond the oche, even from smack bang in the front row of the crowd. But not seeing anything is kind of the point: thus dressing up as Super Mario and imbibing God’s Nectar seems an especially good way of passing time between strains of ‘‘high high, low low low low’’.

Any sport, melted down to its elements, is pretty basic. The essence of darts: spearing infinitesimally small targets, a fraction the size of a postage stamp, from seven and three-quarter feet away. None of that ought to demand that darts be a fascinating sport, or a spectacle of any standing. Yet I promise you, these championships are utterly compelling viewing. Outside of a trip to Augusta National, I can’t imagine a sporting event I’d pick to attend ahead of the World Championships held at London’s Alexandra Palace.

And you know why? Darts is what so many other sports have ceased to be: real, unpretentious and colourful. The world of professional darts knows squarely what it is, and it doesn’t pretend to be anything else.

And on that point, I’ll let you in on something that still thrills me. Peter ‘‘The Snakebite’’ Wright – one of the best, certainly the most recognisable darts player in the world — follows me on Twitter. He’s done so for years. I’ll tell anyone who’ll listen about that, like I’m a three-year-old with a social media addiction. When The Snakebite was in Sydney at the Hordern Pavilion in 2014 for the Australian Darts Masters, he and I even had a lil’ ol’ fist bump. Didn’t wash my hands for … well, until the next morning, but you get my drift. I’m gutted beyond words, that The Snakebite was bundled out of the tournament last Monday, in the first round. 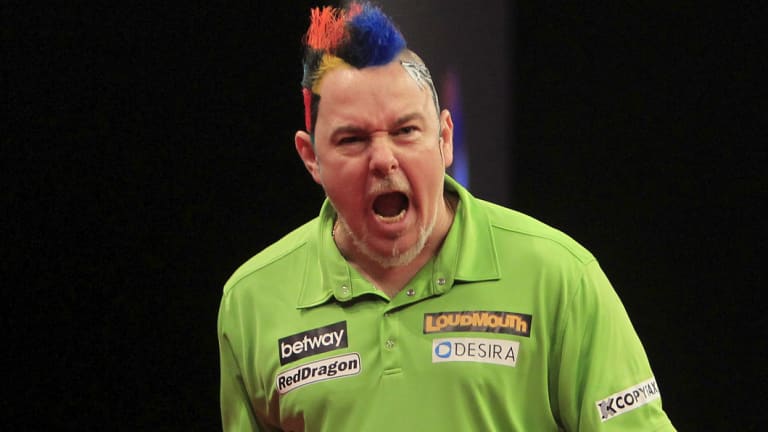 Chairman of the board: ‘The Snakebite’ embodies the spirit of the great game of darts.Credit:PDC

Modern-day professional sport is invariably detached, sterile and inaccessible. My hypothesis is that my man The Snakebite represents the antithesis: an athlete who’s accessible, and intriguing. Watch it this weekend and find me a darts equivalent of the perfunctory ‘‘one game at a time’’ boring-a-thon delivered so routinely by athletes challenged by the concept of complete sentences.

If I could have one wish for professional sport in 2019, it’s that I want something bloody well more fabulous than eSports ‘‘athletes’’ standing on the Olympic dais. Not the banal drone, of taking it a week at a time and building momentum towards the finals. Imagine if professional sport was incredible and accessible. Yeah, football is ‘‘much, much more important’’ than life or death and all that – and no doubt, it’s not just football – but the enjoyment that a game brings, to those with whom it seeks to connect, is surely only too vital as well.

Indeed that’s kind of the ‘‘golden thread’’ of Olympism in a sense. For most Australia children an interest in sport is inevitable (if you unplug the PlayStation). I don’t really want my son or daughter to blindly put some overly preened, plastic footballer on a pedestal just to wait for him or her to be knocked off. But I’d have my kids look up to The Snakebite and his cohort any day – they’re authentic, and better than real. Darts at the Olympics? YEPPP!!!