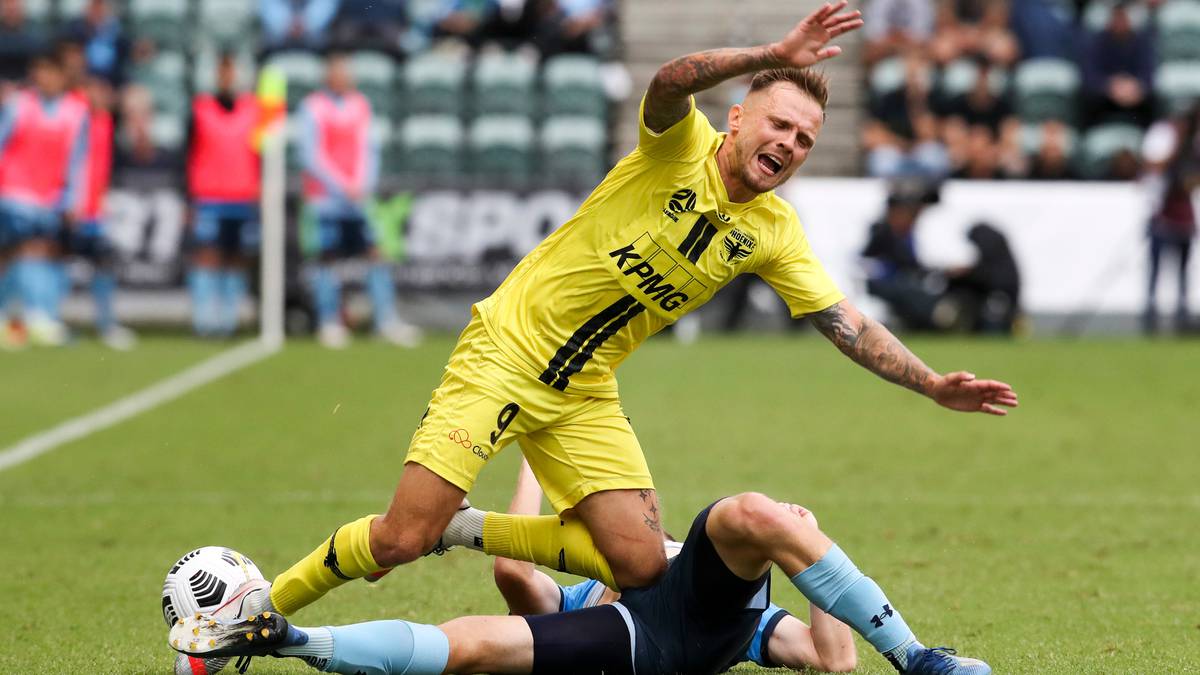 New signing Mirza Muratovic scored on debut for the Phoenix, but despite a period of concerted pressure following the introduction of marquee striker Tomer Hemed and captain Ulises Davila with 30 minutes left, Wellington were unable to find an equaliser. Wellington had the ball in the net in injury time, but Davila’s shot had deflected off Hemed who was in an offside position.

Sydney had the better of the early exchanges but Wellington goalkeeper Stefan Marinovic was rarely troubled, while Jaushua Sotirio and Luke DeVere both missed chances at the other end.

Nieuwenhof scored just before the half-hour and it was one for the highlights reel. With Wellington backing off, the 19-year-old drilled a superb right-footed effort into the top left-hand corner from 25 yards to open the scoring in his first A-League outing.

But Muratovic equalised in the shadows of halftime having been a peripheral figure for much of the first 45 minutes. Unfortunately, technical gremlins saw the loss of television pictures at the precise moment Muratovic netted, leaving Phoenix fans without footage of their side’s first goal of the new campaign. That mattered not; Wellington were level and replays later showed Muratovic had scuffed in a right-footed volley from Tim Payne’s right-wing cross. Then, Brattan’s thunderous free-kick from distance in the 55th minute put the Sky Blues back in front.

The arrival of Davila and Hemed was the catalyst for an attacking onslaught, but the visitors repelled everything thrown at them to chalk up a fifth victory in the last six meetings between the two.

As well as Muratovic, coach Ufuk Talay handed starting debuts to Joshua Laws, Clayton Lewis and the returning James McGarry. With Davila not yet fit enough to start the match, Alex Rufer was handed the captain’s armband.

He was partnered in Wellington’s engine room by Cam Devlin who was clearly his side’s best player, running tirelessly and contributing significantly on both attack and defence. English striker David Ball was typically industrious while Louis Fenton added thrust down the left flank when he replaced McGarry for the game’s final quarter, and Hemed showed he will be a handy acquisition with a number of dangerous runs and tidy touches.

The Phoenix next meet the A-League’s newest side Macarthur FC next Saturday in Campbelltown.